Virtually any movie, even a great one, can fall victim to continuity errors and factual inaccuracies. In most cases, these mistakes go unnoticed by the public. But some are so glaringly obvious and downright ridiculous it’s a miracle they survived the editing process. Here are ten such examples.

See Which Movie Peter Travers Called a “Rental at Best”

10. Independence Day (1996)
During David’s tirade in Area 51, where he bemoans the fate of the planet and rails against deforestation and pollution, he drunkenly knocks over a bin that’s labeled with the words “Art Dept.” Either the top secret installation has its own stable of designers, or a set dresser accidentally left his garbage can behind. 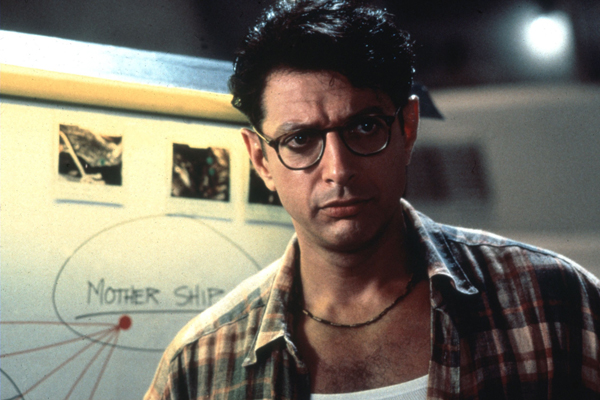 9. The Goonies (1985)
At the end of the film, Data tells a reporter the scariest part of his adventure was battling a giant octopus. Problem is, that scene was deleted from the theatrical release and didn’t see the light of day until the Disney Channel began airing the movie in the 1990s. Is this picture better off without the scene? Probably. Should the reference have been removed from the final cut? Definitely. 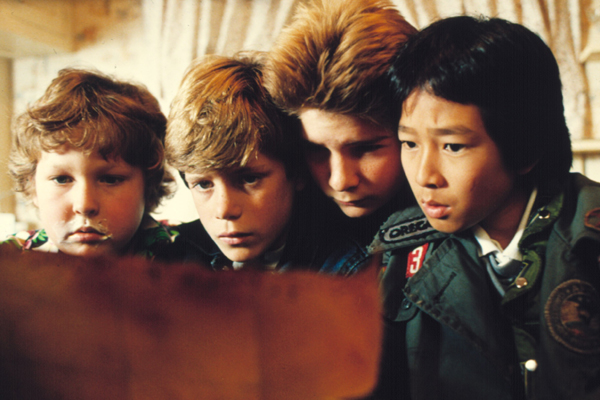 8. Commando (1985)
Commando was a commercial success that further established Arnold Schwarzenegger as an action hero, but this flick has so many mistakes we lost count. Here, John Matrix’s Porsche, which was badly damaged while chasing down Sully, magically fixes itself from one scene to another. It’s the mother of all continuity errors – and a neat trick to boot. If only the banged-up Chevy in our driveway could do that.

7. Gladiator (2000)
During the re-enactment of the Battle of Carthage, a chariot hits a wall and flips over, revealing a gas canister hidden in the back. The Romans were responsible for many technological advances, from roads to aqueducts. But as far as we know, gas propulsion wasn’t among them. 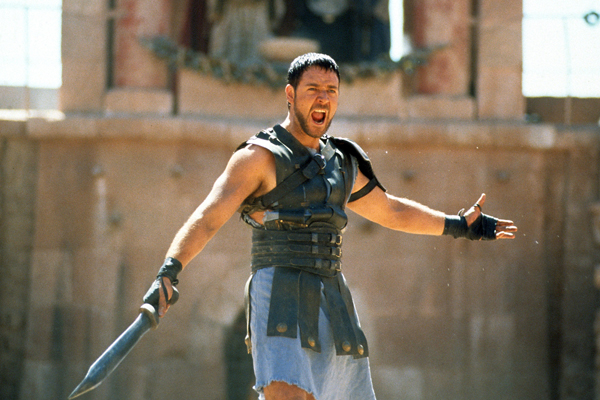 6. Braveheart (1995)
Eagle-eyed fans of Mel Gibson’s historical drama know there are flubs here ranging from crew members caught on camera to floppy, rubber weapons. But the appearance of a white van during a battle scene is one of the most egregious. Look for the vehicle in the lower left as a group of pikemen make their charge. Just goes to show – they may take our lives, but they’ll never take our Ford Transit! 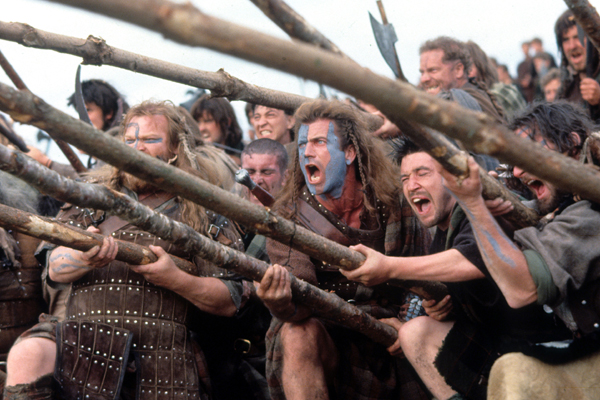 5. Pulp Fiction (1994)
Tarantino may be a perfectionist, but there’s an error in the apartment scene when Jules and Vincent escape a hail of bullets fired at point-blank range. Look closely behind the hitmen and you’ll notice bullet holes on the wall before any shots are actually fired. This miraculous event leads Jules to an epiphany about his life as a contract killer, but a mistake of this magnitude robs the scene of its power.

4. North By Northwest (1959)
This spy thriller is considered one of Hitchcock’s best, but it’s also known for this classic gaffe, where a boy covers his ears moments before a gunshot rings out in the Mount Rushmore cafeteria (look for him on the right as Eve threatens Roger). Critics speculate the boy must have known exactly when to protect his ears after enduring previous takes.

3. Jurassic Park (1993)
In this scene, programmer turned thief Dennis Nedry appears to be chatting with an accomplice on his computer via a live feed. But the workstation clearly shows he’s speaking to a pre-recorded video instead. We expected more from the man responsible for designing Jurassic Park‘s computer systems.

2. Django Unchained (2012)
The titular hero of Tarantino’s revenge fantasy, which is set in antebellum 1858, wears a nifty pair of sunglasses throughout a significant portion of the film. Shades have been around since the 12th century, when they were invented in China. But they weren’t introduced in the U.S. until 1929, after Sam Foster first sold them from a Woolworth on the Atlantic City boardwalk. Anyone feel brave enough to apprise Django of that fact? Didn’t think so. 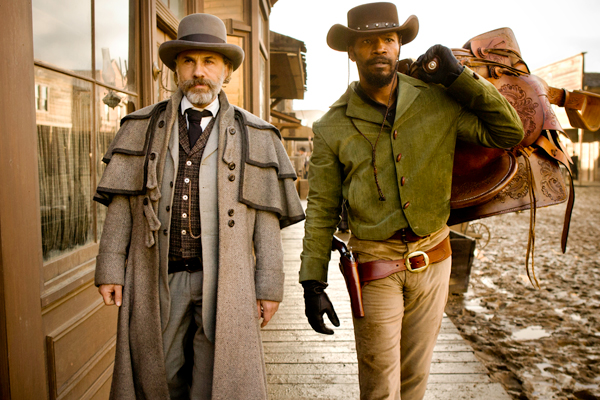 1. T3: Rise of the Machines (2003)
The third entry in the Terminator franchise, which was directed by Jonathan Mostow and released in ’03, is teeming with errors. One of the most noticeable is when the identifying number on John Connor’s getaway Cessna 172 Skyhawk mysteriously changes. The leader of the human resistance should have known better than to trust a machine like that.