Take a deep breath and congratulate yourself: If you’re reading this, that means we all survived the grisliest summer movie season in recent memory. We survived the Ghostbusters wars, the Suicide Squad wars, and the Warcraft wars. We even survived the movie where Kevin Spacey is a talking cat. We did it.

Flops aplenty, fans growing apoplectic over malarkey, and a saturation of sequels and remakes all made for a grueling few months — still, the Memorial-to-Labor Day gauntlet was not without its pleasures as well. As we prepare for the fall and the annual trotting-out of prestige pictures that goes with it, we can pick through the wreckage and formulate a little post-mortem to see what we’ve learned. Here are 10 key takeaways from Hollywood’s recent rough patch.

How 'Suicide Squad' Showcases Nasty Side of Fandom in 2016

'Hell or High Water': The Story Behind Summer's Sleeper Hit

1. A real blockbuster needs staying power
When a new release is revving up to power through “healthy grosses” territory into the plane of a bona fide blockbuster, a strong opening weekend alone is not sufficient. The much-hyped Batman v Superman: Dawn of Justice debuted to a robust $166 million take, but wobbled in its second weekend with a $51 million gross and fell off shortly thereafter. The same thing happened to Suicide Squad, another dismally reviewed film most likely harmed by putrid word-of-mouth; big opening, lackluster follow-through, lower-than-expected overall profit. The ability to draw in new viewers — or better yet, to get audiences coming back for another screening or three — is the quality that elevates movies into the uppermost echelon of success. Many of the summer’s most extravagantly budgeted would-be tentpoles simply couldn’t go the distance.

2. Positive reviews alone can’t save a movie from flopping
Critics draw attention to the releases that they deem worthy; raves, however, just don’t steer audiences like they used to. Consider Popstar: Never Stop Never Stopping, the Lonely Island’s music mockumentary featuring Andy Samberg as an overgrown Justin Bieber: tickled plenty of reviewers’ funny bones, but couldn’t even muster $10 million during its domestic theatrical run. Neighbors 2 charmed the press with its covertly progressive girl-power shenanigans; it ended up with less than half of its predecessor’s grosses, however, even when working on a larger budget. Though Shane Black’s L.A. noir The Nice Guys made fans out of plenty of early press-corp viewers, the film barely recouped its costs of production with a modest $57 million gross. Blame it on the Internet and its egalitarian court of public opinion if you want. But the critical seal of approval was worth less this summer than perhaps ever before.

3. Superheroes are down, though far from out
As recently as last year, slapping an pair of tights on an A-lister and plastering his grinning mug all over major cities was a pretty solid blueprint for a massive payday. But this year, Hollywood’s most dependable source for high-profit story material took something of a stumble. There was the aforementioned Batman v Superman underperformance and Suicide Squad‘s similar disappointment — but that’s in addition to a lower-than-expected $155 million take from overstuffed, incomprehensible X-Men: Apocalypse. Sure, Captain America: Civil War countered the trend, totaling over a billion dollars. (It’s worth noting that the lion’s share of their grosses came from overseas markets, with only $407 million pouring in from American theaters.) That’s not quite Avengers money, not by a few hundred million, but it’s also a clear indicator that it’ll be a while until superhero pictures completely lose their earning power. Not every capes-and-spandex flick can be a world-conquerer. 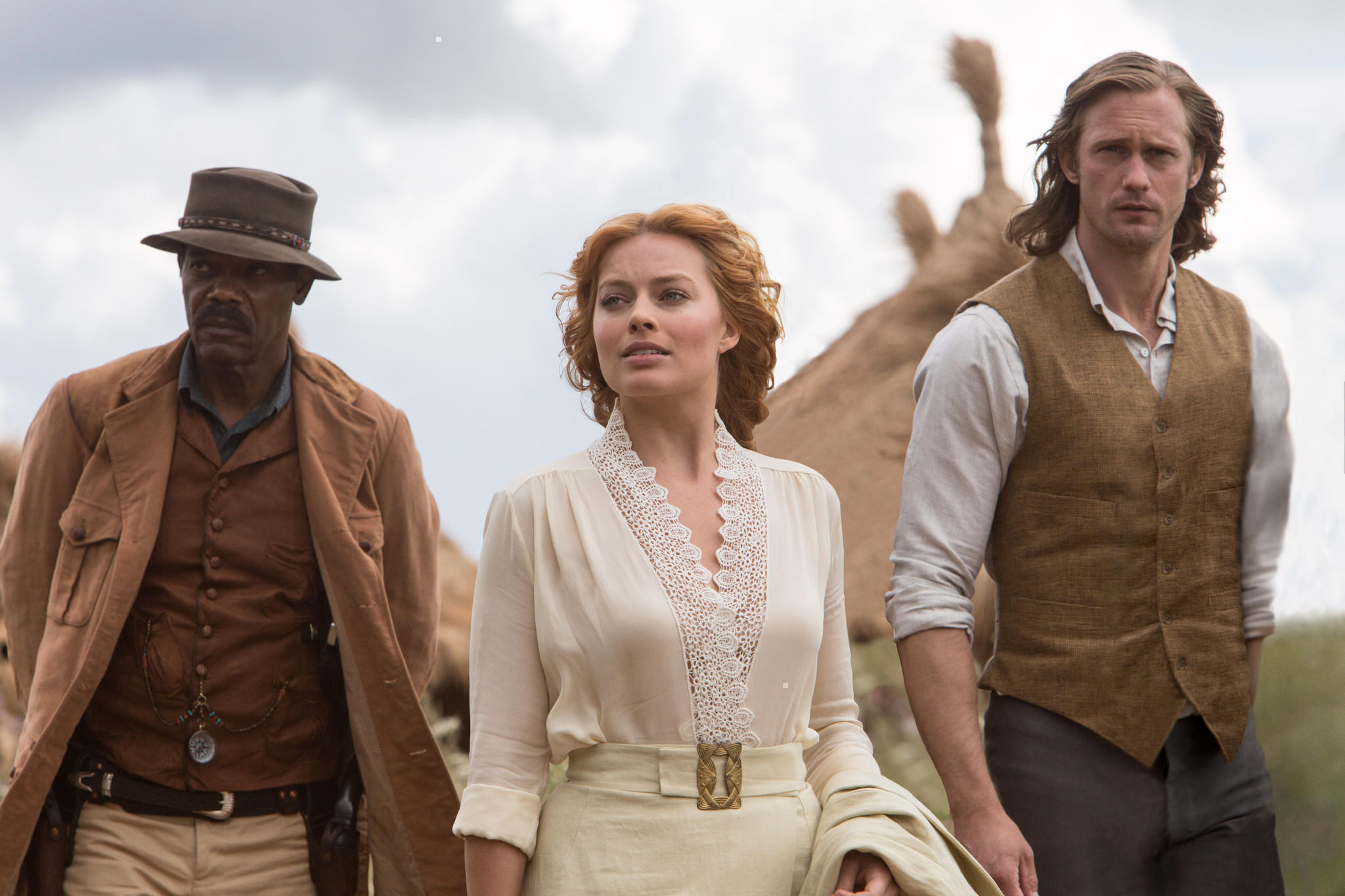 4. The remake and sequel are no longer guaranteed paydays
A rash of hastily greenlit offshoots from more successful projects flopped hard this summer, almost as a warning to studio executives about what happens when they get lazy. Here’s a thought exercise: Count how many of the following releases you remember debuting this summer (bonus points if you actually watched the film and then forgot anyway): Alice Through the Looking Glass, Ben-Hur, The Huntsman: Winter’s War, Teenage Mutant Ninja Turtles: Out of the Shadows, Now You See Me 2, Independence Day: Resurgence, The Legend of Tarzan, Ice Age: Collision Course, Star Trek Beyond, and Jason Bourne. All failed to meet projected expectations or match their original’s grosses, calling the unspoken policy of auto-approving a sequel to all vaguely profitable profits into question. Even the good remakes — your Ghostbusters, your Pete’s Dragons — had trouble getting off the ground. If Hollywood wants to avoid another barren summer like this one, a change of pace may be in order.

5. 2016: a good year to be an animated movie
As studios hemorrhaged money with half-baked spinoffs this summer, they could at least take solace in the impressive showing from animated projects nearly across the board. While The Angry Birds Movie never attained the maddening ubiquity of the mobile game, it still drummed up a healthy $346 million global gross, and that’s on the lower end of the spectrum. Finding Dory currently holds the title for highest domestic earnings, just edging out Civil War, with The Secret Life of Pets and Zootopia also cracking the Top 10. Laika’s latest, Kubo and the Two Strings, didn’t do so hot at the box-office, but its creative and artistic achievements were unparalleled this summer and stand on their own merit. And it’s not all kids’ stuff, either — the giddily foulmouthed Sausage Party picked up a surprise $82 million payday at the tail end of the season, proving yet again that we never really outgrow cartoons.

6. The mid-budget studio picture inches ever-closer to death
It’s a blight that industry types have been grumbling about for close to a decade, but this year it was especially apparent: There’s no room for the modestly-budgeted movies that comfortably occupy the gulf between the $200 million spectacles and the $2 million minor projects. The power of love kept the sugary romance Me Before You in the black with $169 million, but Jodie Foster’s directorial effort Money Monster was a mess and the box-office receipts reflected it. The Matthew McConaughey-fronted Civil War picture Free State of Jones crashed and burned, and the Kevin Spacey-turns-into-a-cat film Nine Lives still feels more like a throwaway joke from 30 Rock than an actual release. And the Meryl Streep vehicle Florence Foster Jenkins didn’t benefit tremendously from the Streep Bump, only collecting $20 million so far during its run (though to be fair, Oscar buzz down the line could help it in the longer run). The paucity of these sorts of films is sad enough on its own; that many also have the temerity to be bad only compounds the issue.

7. Original-concept projects didn’t always win big — but they did win
Both critics and audiences seem to be in agreement that Hollywood’s going through a crisis of creativity, more afraid than ever to go out on a limb. Hopefully, this year will give them reason for cautious optimism moving forward: Unadapted films didn’t break the bank this year, but they produced a satisfactory profit and made back their costs of production. Blake Lively held her own opposite a killer shark in The Shallows and was rewarded with minor sleeper-hit status; the admittedly goofy technothriller Nerve struck a nerve with audiences and raked in $47 million worldwide; and Bad Moms surprised everyone with a hefty $97 million payout. (Eat it, glass ceiling.) And then there’s Hell or High Water, the little indie that could. A smartly scripted neo-Western with festival buzz and almost unanimous critical praise to support it, the film has managed to turn around a nearly $10 million gross and still seems to be building steam. Let’s not entirely abandon hope for the future.

8. Horror is immune to pretty much everything
Trends were all over the place this summer, but the one constant untouched by every fluctuation of public taste was the absolute profitability of horror films. They don’t require big stars, can be produced on the cheap, and are easy to market — no wonder they were seemingly impervious to the overall decline of the past few months. Don’t Breathe scared the wits out of audiences and they responded in kind with a $33 million take, while The Darkness made a pretty penny and The Conjuring franchise remained a dependable money factory for all involved on its second outing. Lights Out was a certified smash as well, with a whopping $126 million global gross over a measly $4.9 million budget. And the Purge franchise got in the patriotic spirit with Election Year, its third installment, another mint at $79 million domestic. Fads fade, stars come and go, but fear is forever.

9. Indies flourish, but in relative obscurity
While studios dropped the ball starting in May and then spent the rest of summer flailing in their attempts to pick it back up, indie outfits released some of the most acclaimed pictures of the season. They don’t boast titanic receipts, but auteur-driven films like Woody Allen’s nostalgia trip Cafe Society and Greek filmmaker Yorgos Lanthimos’ English-language film The Lobster earned some of the strongest notices of the season. Oddball philosophical-fart drama Swiss Army Man confounded some, but still earned a strong profit and won over many reviewers. The improv-world ensemble piece Don’t Think Twice put up an excellent per-screen average in the few theaters that it played, and New Zealand’s Taika Waititi delighted arthouse audiences with The Hunt for the Wilderpeople before bringing his talents to the third Thor film next year. Bleak as things may get, good movies will always be available to those willing to seek them out.

10. The cineplex is now a battleground
In days of old, a movie had to do something like display the crucifixion of Christ in bloody detail or incorporate satirically-minded blackface to generate a little controversy. Now, all a movie has to do to whip the public into a frenzy is dare to tread on the toes of nerds. Paul Feig having the audacity to cast women — women! — in his Ghostbusters remake offended some sensibilities, as did the the critical rejection of Suicide Squad, another geek favorite. There were more worthy uproars elsewhere; the recent outrage over the revelation that Nate Parker, director of the hotly anticipated Birth of a Nation, raped a young woman during his college years was understandable. But every movie that makes it to wide release now runs the risk of becoming a political object used to further a set of ideologies, with some crusades more righteous than others. Thank god for the sweet and innocent Pete’s Dragon, right?

From ‘Everybody Wants Some’ to ‘Zootopia,’ here are the best movies of 2016 so far. Watch here.