Up in the fourth-floor bedroom of a friend’s house in London, Woody Harrelson, 56, has spent the past five hours playing online speed chess against anonymous souls from out there in the ethers. His only nourishment is coming from a few blueberries eaten here and there. Yes, he’s managed to pull on a t-shirt and a pair of sweatpants, but his feet are still bare.

“I kind of got lost in playing,” he says, a little dazedly. “I’m winning, I’m losing. I do make really silly mistakes sometimes, where I don’t see my queen is in check, because it’s a speed game and you have to move fast, so sometimes you don’t even see that there’s a knight just about to take you. I’ve been up since nine. Time went right by.”

As, of course, it tends to do. In the present moment, this has led to a remarkable resurgence in a career that not so long ago seemed moribund. Since 2009, he’s appeared in one hit TV series (HBO’s first season of True Detective) and close to 30 movies, weaving deftly through all manner of genres, both high art and not-so-very-high-at-all art. Among the more notable titles: The Messenger (an Oscar nomination), Zombieland, Rampart, the Hunger Games series, Three Billboards Outside Ebbing, Missouri (another Oscar nomination), the two Now You See Me flicks, and Solo: A Star Wars Story. Most recently, it’s Lost in London, directed by, produced by, written by and starring Harrelson, which takes as its source material a few unhappy events from a 2002 stay in that city and led to what Harrelson calls “the worst night of my life.”

Right now, he’s looking out his bedroom window at the London of today. He can see trees, buildings (“Well, not buildings, more like houses”) and the Tower of London, though maybe it’s a different tower. Actually, he thinks it is. “I forget what they call that tower,” he says. “It’s more central.” He also sees water – “but it’s in bottles,” which isn’t that so like Harrelson to say? He can be droll like that.

But back to 2002. He was dating future-wife Laura Louie, the mother of his three children, when late one night temptation struck, in the shapely shape of two women who slid up to him at a bar and said, “So, you want to take a walk on the wild side?” In his typical shambling style, Harrelson said, “I guess I do.” Then another lady joined them and off they all went, back to his pad. Post whatever-happened-next, the women took off, but not before a paparazzo was able to snap a photo that soon hit the tabloids and that Louie soon got a glimpse of. According to Harrelson, the first words his apparently long-suffering girlfriend said to him were, “That must be really hard for you, to have this shit exposed,” which led to a good bit of groveling on Harrelson’s part and eventual forgiveness on Louie’s. They got married six years later.

“She’s the kindest person I’ve ever known,” he says today. “There’s a purity of being that she has that I will never regain.”

So, that disaster forms one part of the movie, but the 2002 bad week wasn’t done with Harrelson yet. A few days later, he lost his temper inside a taxi and started trashing the car, kicking at the glass, smashing an ashtray, yelling and screaming, until he hopped out of that taxi and jumped into another one, which was soon intercepted by the police, after which Harrelson fled on foot. It took 14 cops to bring him down.

“It made a big impact on me, that night,” he says, “and I never really stopped thinking about it. It was one of those nights that just got away from me, when you had no control and all kinds of shit was happening. You end up in jail, and all that kind of stuff. I never wanted to talk about what happened again, much less make a movie about it, but then I started thinking, ‘If you look at this differently, it’s kind of funny. You could make it into a comedy.'”

And so he did, combining the two nights into one and, to make it more of an event, streaming the thing live in January 2017, to theaters in the the UK and the US in a single continuous unfolding-in-real-time 104-minute take that’s now available on Hulu and iTunes. In brief, says Harrelson, “It’s kind of just a funky love letter to my wife. It’s way too personal, but I’m a fan of Henry Miller, and I loved how he’d tell you everything, even though some of it, by right, should make you hate him.”

Despite his transgressions, as everyone knows, Harrelson has always been hard to hate. It probably derives from the TV show that first brought him fame, Cheers, playing hapless lovable dimwitted hayseed Woody Boyd, 1985-1993. The goodwill from that character was not at all diminished by the darker aspects of some of his later roles, playing pornographers (The People vs. Larry Flynt, 1996), a cackling media-mad serial killer (Natural Born Killers, 1994), a cop gone very very bad (Rampart, 2011), and so on. Or else it’s because his own story is so delightfully improbable, him being raised in the Texas bible belt, his mom working hard just to keep her family fed, his conman ne’er-do-well father rarely to be seen, especially after he was sent to prison for a contract killing. Or else it’s because his well-known love of weed has always served his public image well. 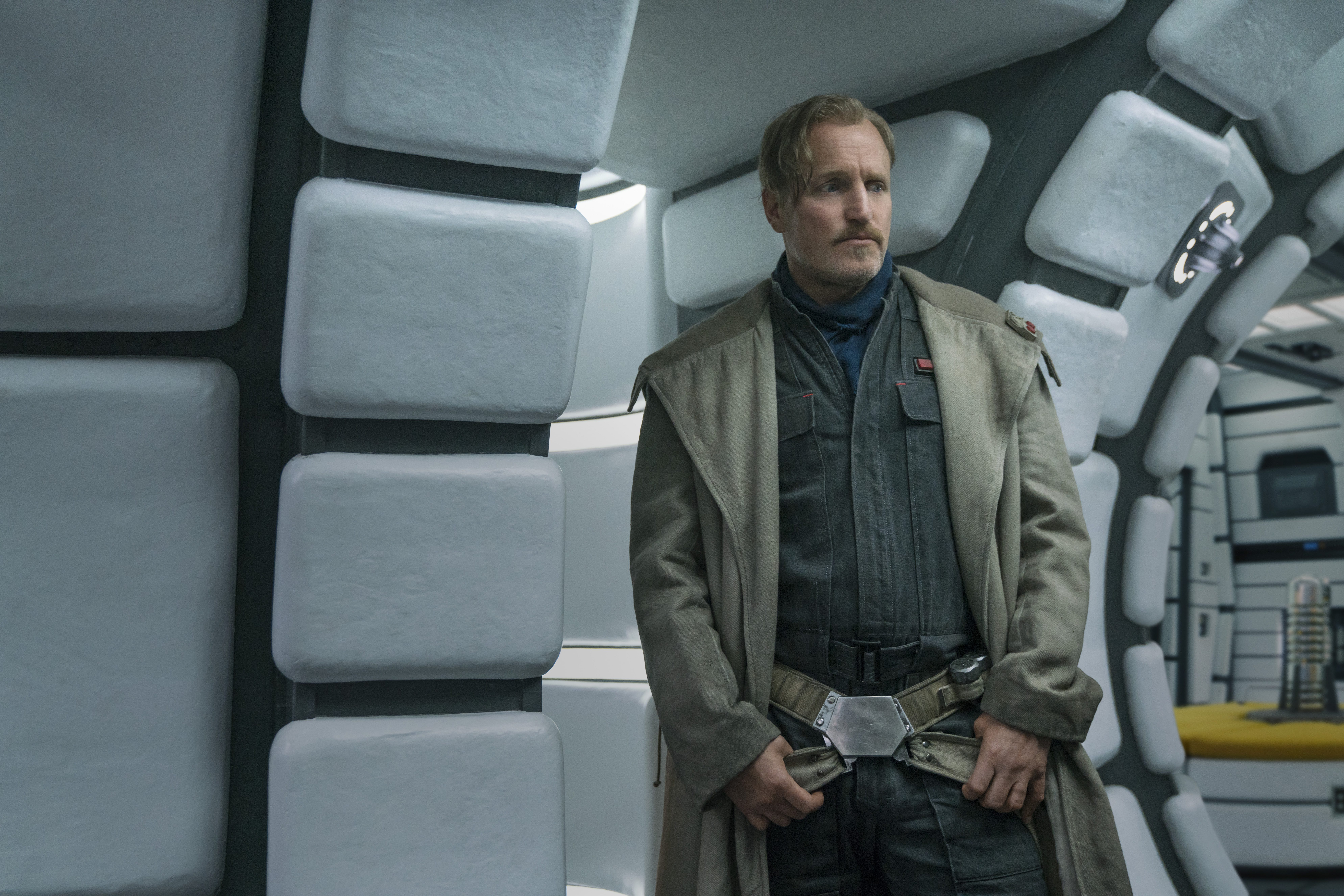 Harrelson is not a stoner scofflaw. He’s a true, hemp-clothes-wearing believer and has been for decades. At least, that’s how he was until early 2016, when he shocked the universe by saying he’d given the stuff up. “I want to get my head together,” he said at the time. “I want to see things clearly, to be aware and sensitive to what’s going on in my life and in the world, although I admit it’s tough sometimes.” Fortunately, his friend and neighbor in Maui, Willie Nelson, staged a pro-weed intervention (“like 500 times,” he once joked) that eventually brought Harrelson back to his senses.

Then again, maybe being aware and sensitive isn’t what it’s cracked up to be, given that you can’t even turn on the TV without coming face to face with Donald Trump. “Oh, god, no, Jesus, I just can’t do it, man,” Harrelson says. “I get depressed. I mean, I’ll do it. But everything Trump has done just depresses the hell out of me. What he’s doing to the environment is pretty shocking. From his EPA appointee, to the drilling, to the reneging on the Paris Accord. Just everything. I mean, I’ve never seen so much focus on one man ever. Maybe O.J., when the trial was going on, obviously. But other than that, it’s just Trump, Trump, Trump, all the time. I mean, I’m just … I don’t know what to do.”

Hence, perhaps, his renewed need for weed. Is he stoned right now?

Long silence, then: “You’re asking a lot of big questions, dude. Anyway, I don’t know if this is a permanent situation. I might just – well, I don’t know but I might quit again. I believe in protecting the lungs, but I still like the idea of having herb in my life. But, I mean, I don’t need it, but if I had it on a Saturday, that’d be plenty. But we’ll see.”

Saturday? Who said anything about a Saturday? But, for better or worse, another Saturday is fast approaching and we shall indeed see then.