'Super Troopers 2': How the Cult Comedy Finally Got a Sequel - Rolling Stone
×
×

A little over a decade ago, Steve Lemme was driving on the I-5 up to the San Jose Film Festival when he got pulled over going, he says, about 120 miles per hour. The police officer approached his car, and Lemme rolled down his window, preparing for a lecture and a ticket.

“The cop was like, ‘Mister, do you have any idea how fast – Super Troopers?!'” Lemme says, his voice hiking up in mock-surprise at the title of the 2001 film he co-wrote and starred in with his partners in the comedy troupe Broken Lizard. “I called the guys immediately afterwards and I was like, ‘Holy fucking shit, you’re never going to believe this – I just got pulled over but the guy was into Super Troopers and he let me out of the ticket!'”

It was around that time, 2004 or 2005, that the five members of Broken Lizard – Lemme, Kevin Heffernan, Paul Soter, Erik Stolhanske, and Jay Chandrasekhar, who also directs their films – began to realize that their modest cop comedy, which they’d made for three million bucks and sold to Fox Searchlight at the 2001 Sundance Film Festival, was becoming something of a cult classic. During its original release in theaters, Super Troopers only made $18 million – impressive for such a low-budget movie, but not enough to move the needle at a major studio. Over the next few years, though, the movie seemed to stick around.

“It was absolutely, in the most specific definition of it, a grassroots movement,” says Soter, who plays the trooper Foster. “It took five years of a dude having a DVD and handing it to his college roommate who handed it to his little brother, and so it was five years down the road before we all looked at each other and were like, ‘Can you go out without people being like, ‘Holy fucking shit, Super Troopers, you should make another one!'”

While it may seem like Broken Lizard took a long time to heed that advice – Super Troopers 2 premieres on April 20th which, surprise surprise, is not an accident (take another look at the date) – the truth is more a reflection of the same dynamic that made the film successful in the first place. When the group approached Fox Searchlight with the idea of a sequel, the company said they’d give the film a wide release … but only if the guys could come up with the money themselves. Once they started making the rounds of investors, including the people who funded the first one, they found that the same question kept coming up: Sure, the movie had become a cult hit, but was there still an audience, or had they all moved out of their dorm rooms and had kids? 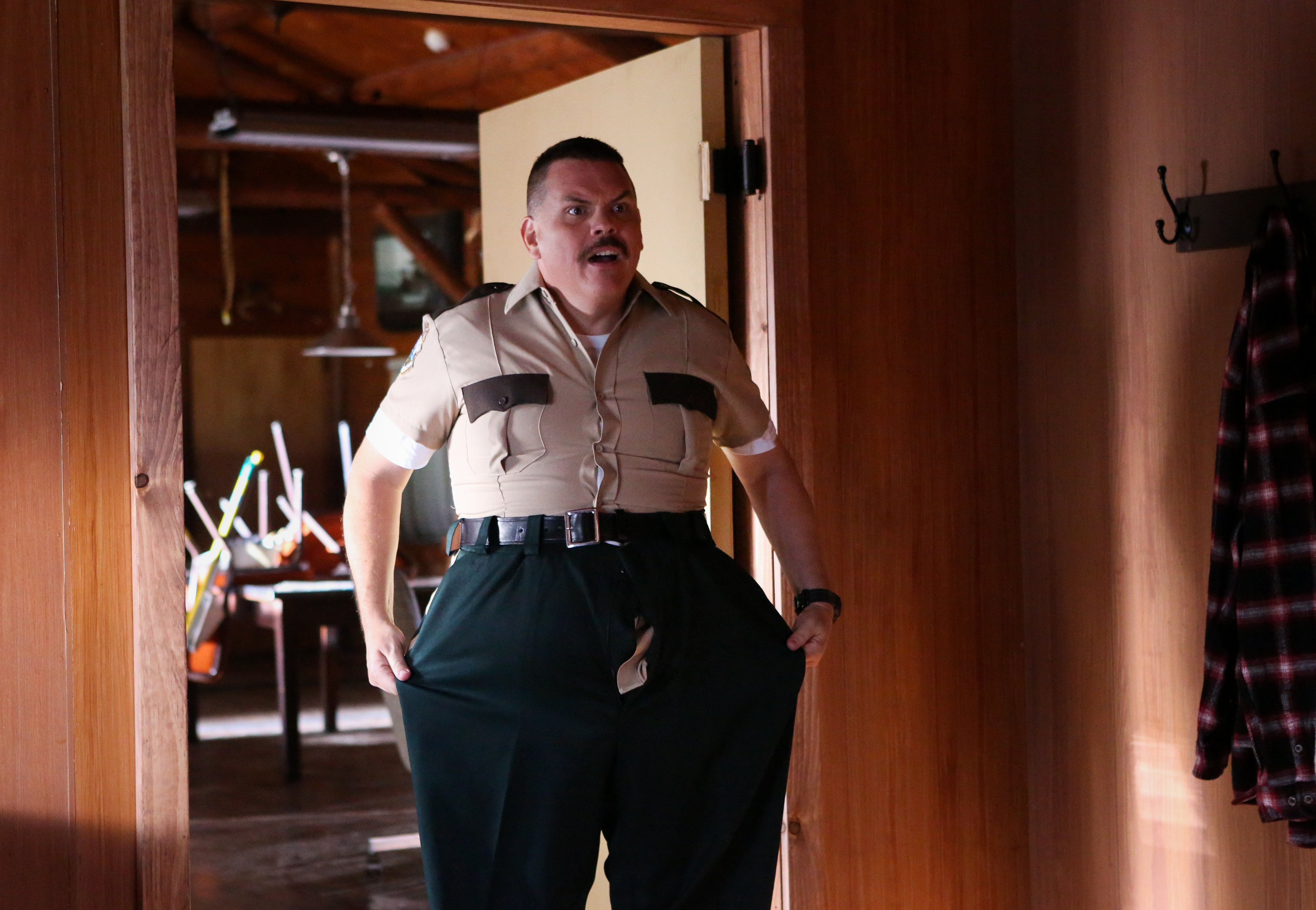 “It kind of took a long time, and finally, we just looked at what Veronica Mars did with their historic raise, and we said, ‘Maybe we can do that,'” says Chandrasekhar, who plays the alpha cop Thorny (and once again directed). “It was a gamble, because if the crowd didn’t fund it, then Fox was going to be like, ‘Actually, we’re not releasing it,’ and the investors wouldn’t have put any money into it.”

But the gamble paid off: In 24 hours, they brought in $2 million; after 30 days they had $4.7 million, exceeding the budget of the first film. More than that, they provided convincing evidence that an audience didn’t just exist – it was willing to foot the bill. In the true spirit of independent filmmaking, however, nothing was guaranteed: Money kept coming in and falling out, and at the end of 2015, they actually did a week of principal photography for tax reasons – if they hadn’t started shooting, the government would’ve taken a chunk of the cash they’d raised.

Even though production happened under the constant threat of possible insolvency, the guys began to feel at home as soon as they put on the uniforms. The Internet continued to serve them well: pictures posted from set would receive millions of likes on Facebook, leading to increasingly excited calls from Fox Searchlight. Aware of the pitfalls that tend to await comedy sequels, Broken Lizard set out to make another Super Troopers rather than a sequel to Super Troopers, in the vein that every episode of Law and Order is just another Law and Order. The goal, they say, was to try to write a film that could stand on its own – and then they’d go back and paint in references to the first one, instead of building the second one out of old in-jokes and references. (They also tried to maintain continuity in a more fundamental way: Chandrasekhar refused to roll cameras until everyone was at the same weight they were in the first film.)

The idea for Super Troopers 2 actually came out of an article about border reassessment between the U.S. and Canada, resulting in the idea of having to patrol a French Canadian town that, against its will, had become a part of the United States. The concept would bring the Super Troopers into contact with Quebecois nationalists, Mounties and the narcissism of small but crucial national differences. (Yes, there will be jokes about the pronunciation of the word “sorry.”) To ensure that the jokes felt genuine, they brought in real Canadians like Emmanuelle Chriqui, Will Sasso and Tyler Labine, who guided them through the dialects, separatist movements and idiosyncrasies that exist far beyond American knowledge of the country.

“In this movie, we’re kind of making fun of Canadian stereotypes in an innocent but obnoxious American way,” Lemme says. “And then we go in there and we’re on our heels and they’re coming back at us with truly awesome, accurate putdowns of what Americans are actually like, not stereotypes, which has a totally different feel than the first one – it puts us into a totally different space.” 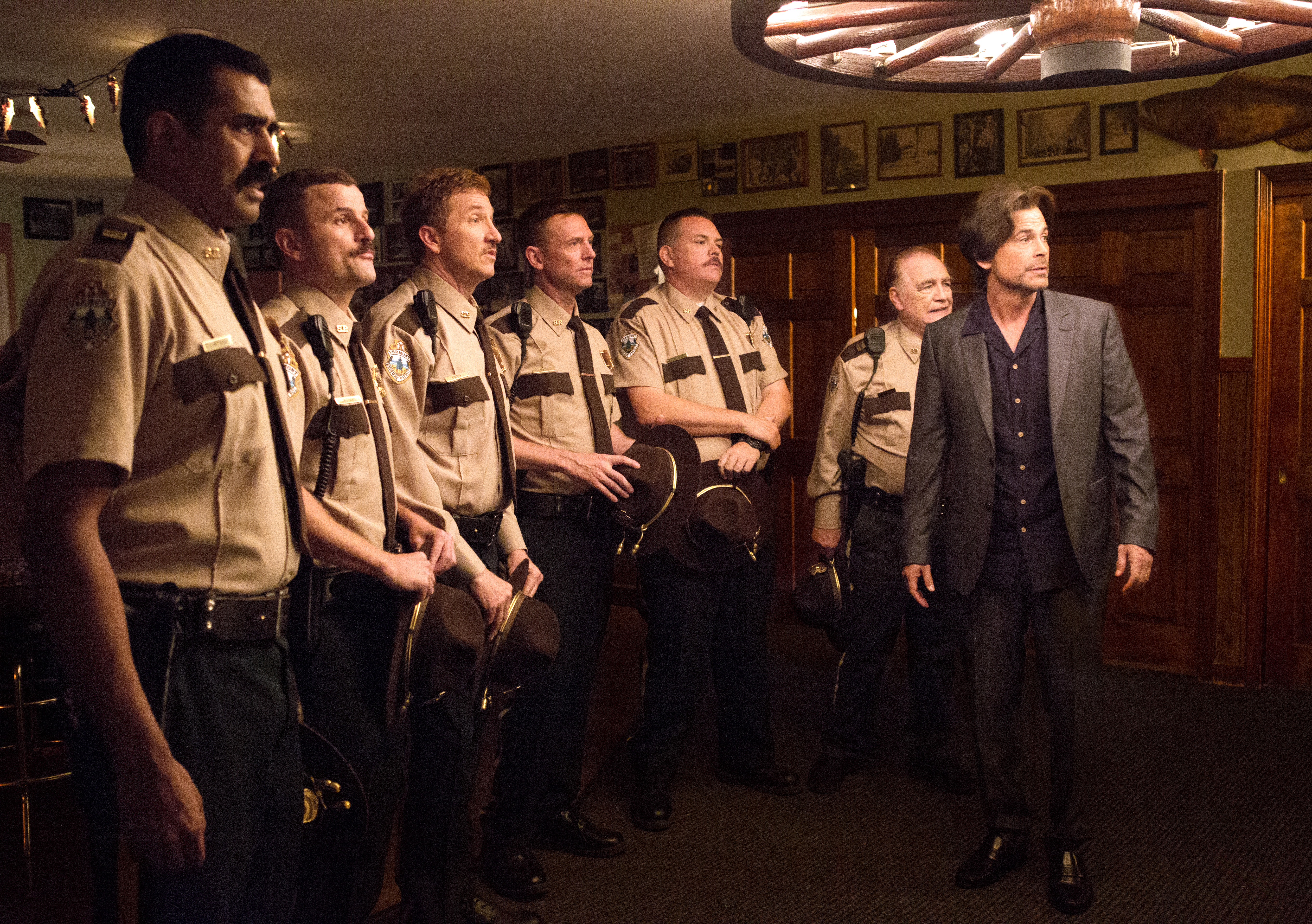 That allowed Broken Lizard to lean into jingoism as a target for lampooning – in particular, Kevin Heffernan’s Farva. In the first movie, the obnoxious character had been a mostly harmless jerk and a walking punchline; in the sequel, he’s become a hyperbolic embodiment of the Ugly American, to the point that the other characters think he’s potentially going insane. It also dovetails with another change in the cultural atmosphere since 2001: the attitude toward cops, which seems far less inclined toward making light of police misconduct that it did when the original Super Troopers premiered.

“We wrote it with some awareness of the sensitivity to the behavior of police toward citizens,” Soter says. “I think the conceit allowed us to sidestep that in a lot of ways because it wasn’t like the first one, where it’s really about what cops do to fuck with people because they’re bored. We’re giving them a legitimate assignment in this movie, and that assignment makes us the outsiders: We just want everyone to get along, and we feel weird knowing that we’re asking Canadians to be Americans.”

Over the life of Super Troopers, Broken Lizard has found that a significant portion of their audience is made up of cops and the military, making for a strange mix of fans at their live shows and screenings: half guys in crew cuts and mustaches, half stoned dudes eating nachos. Chandrasekhar attributes this to playing their characters like real cops rather than comedy cops: “We’re not cocking our hats or untucking our shirts. It all looks right, but then the stuff we say is the funny part.”

But the guys know that the cult they’ve built only means so much if they can’t get people to come out on opening weekend, which tends to be the driving force behind perceptions of commercial viability. “Club Dread” – Broken Lizard’s Super Troopers follow-up in 2004 – “opened against The Passion of the Christ, and the Lord kicked our fucking asses that day,” Lemme says. They already know they want to make a third Super Troopers, ideally sooner than 2035. In other words, the future of the franchise, fittingly, depends on 4/20.