Every Friday, we’re recommending an older movie that’s available to stream or download and worth seeing again through the lens of our current moment. We’re calling the series “Revisiting Hours” — consider this Rolling Stone’s unofficial film club. This week: Kevin Lincoln on Joel and Ethan Coen’s 2008 epic of idiocy Burn After Reading.

If, back in 2008, we had told you that Burn After Reading, Joel and Ethan Coen’s first film since No Country for Old Men had nabbed the brothers a Best Picture Oscar, would turn out to be one of the most sagacious and prophetic portraits of the American political picture in the decade to come, you probably would’ve told us, in the spirit of its hyper-crass dialogue, to go fuck ourselves. Fair enough. But 10 years later, this screwball espionage comedy-thriller that treats casually dispersed WTFs like mantras has gone from feeling like an oil-black send-up of behind-the-scenes Washington cynicism to, more or less, a documentary.

'Fargo': A Guide to the Show's Coen Brothers' References

Such is the power of Donald Trump, who entered a capital city that he called a swamp and turned it into something halfway between a Roman circus and a drunk tank. Back in September of ’08, people were exhausted by the severely unamusing barbarism of the Bush years. GOP V.P. nominee Sarah Palin was hovering above the proceedings like a strange preview of coming attractions, a Macy’s Parade-sized balloon of nonsense. People were optimistic about the promise of Democratic nominee Barack Obama — guardedly optimistic, but still. And Burn After Reading, which took on our nation’s capital with the filmmaking siblings’ uniquely acidic wit — a story of inept, philandering government officials and plucky, self-obsessed civilians wrangling over stolen “intelligence,” a very loaded word in the brothers’ world — landed a bit like a mistimed joke.

Summing up the movie’s plot is a fool’s errand — that’s kind of the point. But here it goes: Amid a tangle of infidelities, miscommunication and unadulterated solipsism, a gym manager (Frances McDormand), assisted by her dimwitted coworker (Brad Pitt), tries to find the money for cosmetic surgery by pawning off a disgraced CIA analyst’s (John Malkovich) alcohol-soaked memoirs — pronounced “mem-wahs,” like you’re beginning to slur after a fifth daytime J&B. The ruse eventually entraps said dimwitted coworker, along with a promiscuous and inventive deputy U.S. Marshal (George Clooney). The characters’ motivations are profoundly, innovatively selfish, revolving around vanity, lust, revenge, pride and paranoia; the one character who is actually trying to help someone else, however dumbly, ends up getting shot in the face.

Reviews tended to be admiring and entertained, but were generally quick to point out the movie’s status as Lesser Coen, particularly compared to its immediate predecessor. It was an idea polished to a sharp point by the New York Times‘ Manohla Dargis in her blisteringly negative assessment: she wrote that the filmmakers “have a gift for the absurd and a penchant for cruelty, tendencies that, without the tempering quality of a recognizably human presence… can make the Coens come across as insufferably superior and bullying. Comedy needs fools with funny faces, but comedy without gentleness is often just sadism.”

And it is true that, compared to their more self-consciously lyrical and archetypal efforts, from the desperate gangsters of Miller’s Crossing to the 1940s Hollywood of Barton Fink to the revisionist-Western moral abyss of No Country for Old Men, this epic of idiocy can feel slight; even the comedies, like Raising Arizona, The Big Lebowski and O Brother, Where Art Thou?, have their motorcycle-riding nightmares, stoner hagiographies and Odyssey parallels to make them seem Bigger Than Jokes. And the other film of theirs that might feel the most urgently contemporary, 1996’s Fargo, has at its center a true Frances McDormand hero; her character in Burn could be called many things, but a hero is not one of them, unless you’re her plastic surgeon. 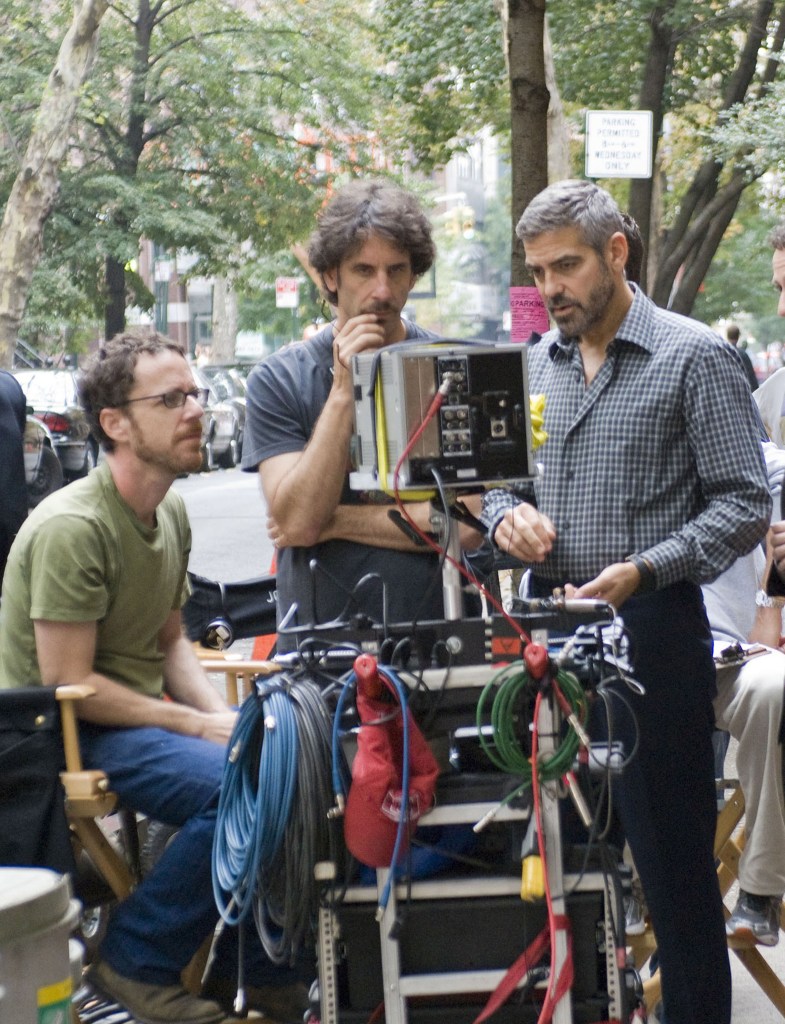 But by judging the film solely in the context of their oeuvre, we risk missing what makes it stand out: often, the Coens seem to be looking backward, finding truth and resonance in fundamentally American stories and genres; here, they’re taking the temperature of the country and looking straight ahead. Such work often requires some distance to fully appreciate, and while Burn After Reading has plenty to distinguish it out outright, from lush lensing by cinematographer Emmanuel Lubezki to delightfully bizarre plot mechanics to about half-a-dozen elite performances, its true relevance feels much greater today.

Despite the absurdity of the film’s tone and approach, clear parallels with our current situation are abound. The professional ruling class is represented by J.K. Simmons’ unnamed suit, watching the action unfold with total confusion; its decline, which will open the gate for the bozos currently being indicted en masse, is embodied in the character of Osborne Cox, Princeton ’73, whose very name sounds like a reason to see your doctor about Viagra. In Malkovich’s hammy hands, Cox becomes a prince out of Shakespeare, railing against “the idiocy of today,” lamenting the good old days, and getting cuckolded by the Thomas Edison of sex toys — the embodiment impotence in a bathrobe. Meanwhile, there are Russians gawking at American stupidity and sexual dalliances that seem motivated less by any sort of genuine human emotion than a desire to see what can be gotten away with. If there’s a trope of our American moment that this comedy doesn’t contain, it’s Twitter, and it’s better off for it.

Looked at in the context of Cheney and Wolfowitz, there is something a little glib about the Coens’ world of inadvertent, rather than deliberate, abuse. And to be sure, the pseudo-ideologies (over)powering much of our current politics, the cultish creeds masquerading as political positions, are absent from the world of Burn , which concerns itself with a Washington where the only politics are office politics, and the only affiliation is what department you work for. (“CIA? NSA? FBI?” is shouted at more than one character with the desperate knowledge that it hardly matters.) But it’s hard not to feel like any of the characters couldn’t show up on CNN at any moment, playing a crucial role in the latest development of what’s become the most popular show on cable.

What the Coens managed to suss out with remarkable clairvoyance was the looming shift from the banality and bureaucracy of Bush-era evil to the wild incompetence, amateurism and adventurism of Trump’s Washington. This film is, like our current administration, stuffed to the gills with people who, through a potent combination of naiveté, greed and sheer chance, stumble their way into something that isn’t relevance or significance but, in the clubby and insecure world of D.C., ably passes for both.

In fact, if the Coens erred at all, it’s by not going far enough. In the world of Burn After Reading, the entrance of the Russians is treated with incredulity. Now, we all know better. Anyone can point to the news right now and say, “This is absurd.” But it takes minds like the Coens’ to remind us that absurdity doesn’t happen overnight.