Sex, Satan and Feminism: Inside 'The Love Witch' - Rolling Stone
×
×

Anna Biller would rather you didn’t describe her new film The Love Witch as an exploitation picture. This is something that you will learn the hard way just a few minutes into an interview with the Japanese-American filmmaker, though at this point in her press tour-of-duty, she doesn’t even get angry when her latest work, which opens in Los Angeles this Friday and in New York on November 11th, is assigned that label. There’s a small sigh of resignation on the other end of the phone line, and then she carefully corrects the notion that she’s merely conjuring the ghosts of grindhouses past. “I don’t think I’m working in the tradition of exploitation film,” Biller says. “The camerawork is not exploitative on [the female] body. We’ve got equal-opportunity male and female nudity, you know. We see male butt.”

From 'Babadook' to 'Raw': The Rise of the Modern Female Horror Filmmaker

Still, misplaced as it may be, it’s easy to get the impression that this retro-chic curio of a movie was born out of a deep, all-consuming love for the kinky cheapies of the Sixties and Seventies. The story of a gorgeous witch named Elaine (Samantha Robinson) who uses “sex-magic” to make men fall in love with her, The Love Witch plays like a valentine to Hammer horror movies, pulpy Euro-erotica and vintage American trash-cinema, complete with that salacious-sounding title, a visual palette of soft-focus photography and oversaturated colors, and old-school touches like rear-projection driving scenes. (You know the look.) Filmgoers couldn’t be blamed for thinking they’d stepped out of a time machine and into a Nixon-era Times Square theater.

But talk to her for a few minutes, and you’ll quickly learn that that’s not Biller’s scene at all. “I didn’t really discover B-movies until I was grown up,” the filmmaker says. “I watched a lot of classic movies, from the Twenties through the Sixties and Seventies, both foreign and American. I was obsessed with the look and feel of the classics – the hair, the makeup, the glamour, the dresses. Most journalists have said I’m taking my inspiration from films I’ve never even heard of.” She claims to have modeled one stunner of a scene set in a tea room after My Fair Lady; her heroine’s immaculately decorated apartment from a deck of tarot cards she’d been using. She is more likely to namecheck Japanese filmmaker Yasujiro Ozu than, say, Radley Metzger or Russ Meyers.

But the writer/director/producer/one-woman-band is not the sum of her eclectic influences – she’s been a wholly original artist from her start directing short films during the Nineties. Yet from the time that she concocted and starred in her feature debut, 2007’s randy sex-comedy throwback Viva, Biller’s critics have charged her with being a campy wink-nudge pastiche artist at best and overly derivative at worst. Being constantly judged during that first movie’s release — both as a filmmaker and a woman showing her body onscreen — “almost killed me,” she admits and “made me so depressed that I nearly gave up being a filmmaker.”

When it came time to make her follow-up, Biller passed on acting this time around, as “I had to draw on all the creative skills I’ve developed.” (In addition to writing and directing The Love Witch, she made costumes, laboriously constructed props such as a spellbook – for which she taught herself left-handed calligraphy – and wrote some accompaniment music for harp, which she does not play.) “This movie is about the female experience,” she says, “which can be a contradictory, confusing thing. It’s a male fantasy myth that a woman who displays herself sexually and who seems to enjoy it is only and always empowered. There are layers of conformism, anger and self-hate in there too.”

“Elaine uses her sexuality in order to have control,” Robinson says, in a separate interview. “She mentions near the end of the film that she’s been used her whole life by men, so to regain that control, she exploits her body before men can. It’s an interesting concept. “

“I believe a lot of women can relate to that,” Biller added, “wanting to have control over your body. A woman watching the movie sees it as powerful; men don’t feel that she’s empowered. It depends on whose point of view you privilege.” 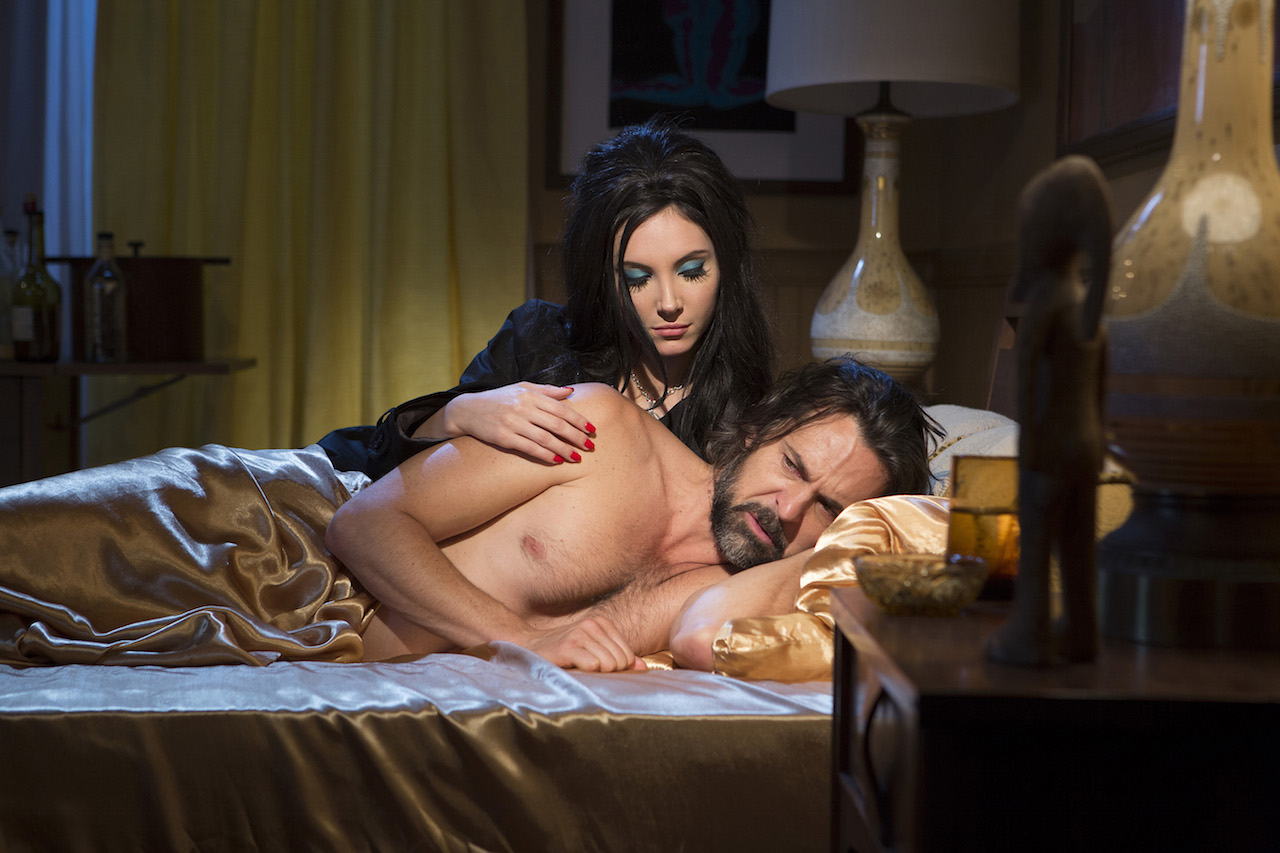 Biller wants to be crystal clear about her intentions; she didn’t set out to reclaim or revolutionize Z-grade cinema, but to establish an entirely new visual language of expressing feminine desire, passion and despair out of an age-old cinematic vocabulary. Her witch may have the kittenish sex appeal and black-widow bona fides of an old Forty Deuce grindhouse femme fatale, but Biller and Robinson have created a three-dimensional version of the stock eroticized woman – and in doing so, rewritten the history of sleaze cinema with a serious sense of XX-reclamation.

“Straight men are the ones who usually see this as an homage to exploitation film,” she says. “It’s not wrong, exactly, to look at it as a sexy movie. But that’s not how I made it. I did this for the young women seeing it.”