Neil Young is an artist forever looking in two directions. He’s currently focused on the future with his new band Promise of the Real, and also surveying his legacy as musician and filmmaker. It was the latter that brought Young to the Regal Theater in downtown Los Angeles for Monday’s screening of Human Highway and Rust Never Sleeps, digitally restored and set for first-time DVD release.

Between the two films, Young appeared at a Q&A moderated by acclaimed filmmaker (and sometime Rolling Stone writer) Cameron Crowe that was also streamed into theaters across the country via Fathom Events. Most of the discussion was about Young’s surreal 1982 comedy Human Highway, which had a quirky apocalyptic theme and featured Devo as disgruntled nuclear-waste workers.

Inside Neil Young's Epic Summer Tour With Promise of the Real

Devo co-cofounder Gerald Casale was among the cast and crew reunited onstage, and he recalled that filming was often improvisational. “What’s the plan today, Neil? … ‘The plan today is no plan!'” said Casale to laughs from the audience.

After the talk, Young greeted friends and colleages from the film in a small reception room, including cast members Russ Tamblyn and Charlotte Stewart. “Once you do something like we did, you never really forget it,” Young told Rolling Stone.

Restoring the films has been a longtime project for Young, and included editing and sound changes to Human Highway. “Now it lives the way I wanted it to live in the first place. I just didn’t know how to do it,” he said with a laugh. “I was too young and foolish.”

When not recording or touring with Devo, Casale has worked for decades as filmmaker for music videos and TV, and noted the new polish to the film. “It’s gotten more cohesive than ever,” Casale said to Rolling Stone. “Usually when you tinker with a film over and over and over, it just goes down the rabbit hole. Somehow Neil has managed to do what nobody else does: bring it back and make it better.”

Young was a far less prolific filmmaker than he has been a recording artist. He has released just a handful of films, usually directed under the name Bernard Shakey. His first was 1972’s  Journey Through the Past, already included in 2009’s box set The Archives Vol. 1 1963–1972.

He’s been both a filmmaker and a subject of great filmmakers over the decades, working with directors like Jonathan Demme and Jim Jarmusch on acclaimed documentaries. “I really like the art of filmmaking,” Young said. “It has to be something that sparks me to do it — to have a thought and an idea. That’s probably why I haven’t made that many films.” 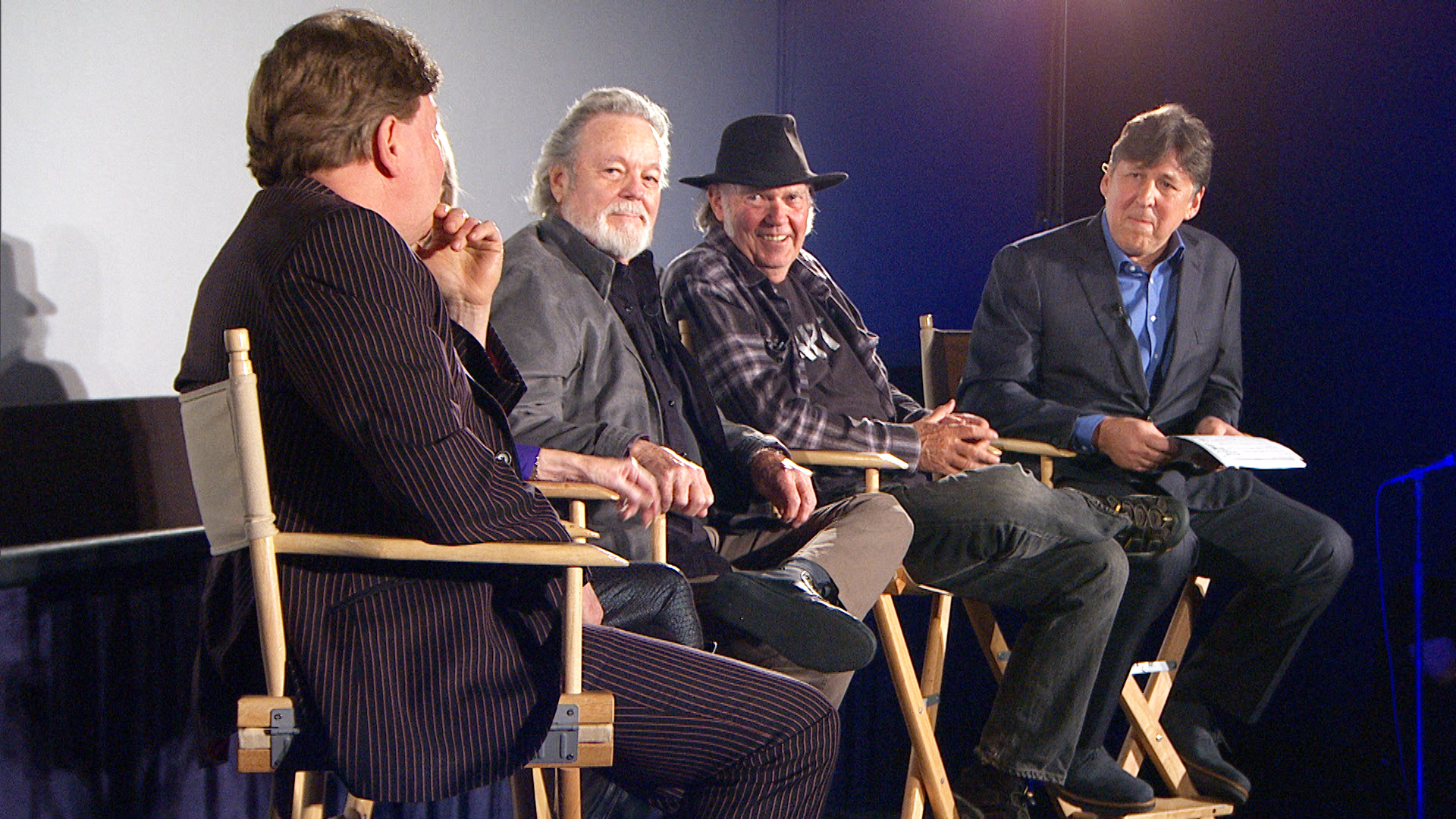 Young’s last film as a director was 2003’s Greendale, filmed in Super-8, but Shakey Pictures may enjoy a comeback in the future. “I have some ideas in the back of my head,” Young said. “I certainly wouldn’t count it out.”

For Crowe, his own career as an Oscar-winning filmmaker was partly sparked by visits to the set of Human Highway while a writer for Rolling Stone. He learned what a boom and a best boy were on a movie set, and got some early inspiration.

“He was always very generous,” recalls Crowe. “Over the years, he would say, ‘Come check out Human Highway … Come check out the session for Comes a Time.’ So what’s happened is I have a running document that goes back to about ’73 about how he felt at the time — snapshots through the years. So it’s wonderful to talk to him tonight and get the most recent snapshot.”