At 26, Alden Ehrenreich is in an enviable, though peculiar position. A young actor who’s worked with Francis Ford Coppola, Woody Allen and Warren Beatty, he’s already built up an impressive résumé — although too often, he’s done fine work in movies nobody saw (Coppola’s sibling drama Tetro, the supernatural YA romance Beautiful Creatures) or been relegated to the margins of good movies (Blue Jasmine). So perhaps it’s fitting that, at last, his coming-out occurs in a movie filled with much bigger stars that requires this charming, nuanced performer to play the single dumbest character of his life.

Hail, Caesar!, the 1950s backstage Hollywood comedy written and directed by Joel and Ethan Coen, features a who’s-who mixture of Oscar royalty and Coen regulars — Josh Brolin, George Clooney, Tilda Swinton, Ralph Fiennes, Scarlett Johansson, Jonah Hill. But it’s Ehrenreich who steals the movie as Hobie Doyle, a sweet, dopey star of cowboy films who finds himself cast in an elegant, cosmopolitan romantic drama that’s far too sophisticated for this yokel. (Ehrenreich’s “Would that it ’twere so simple” exchange with Fiennes is one of the film’s comedic highlights.)

Sitting in the Four Seasons in Beverly Hills, the Los Angeles native laughs good-naturedly when asked about the challenge of capturing Doyle’s particular strain of Southern-fried doofus. “It’s not hard for me to access a bad actor,” he says with a self-deprecating laugh. “That’s always there. It’s actually kind of a load off your mind because, the worse you do, the better it goes.”

Not many actors get to work with so many Oscar-winning filmmakers by the time they’re 25 — even fewer get discovered by Steven Spielberg from a bat mitzvah video. It’s an iconic part of Ehrenreich’s back story: When he was 14, he starred in a video put together for a Jewish friend’s coming-of-age ceremony, and Spielberg just happened to be at the party and liked what he saw. “It’s a piece of shit,” the actor says, laughing. “It’s a video that this girl asked us to do. I mean, there wasn’t a script: We would go and just film whatever made us laugh. I’m this 14-year-old, skinny little kid with long hair. I break into her house, try on her clothes and make up a song. All of this is just us literally taking a camera and going like, ‘Okay, ha ha, do this.’ We showed it to our parents — ‘We’re gonna play this at her bat mitzvah!’ — and they were like, ‘You look like an idiot in this. I don’t think you should really do that.’ We didn’t care.”

Spielberg’s endorsement eventually led to Ehrenreich landing a few guest spots on television series like CSI, but the next big break was getting cast as Vincent Gallo’s kid brother in 2009’s Tetro. “If I tried to somehow wrap my head around the fact that Francis Ford Coppola directed my first movie, there’s never a slot into which that ever fits in your mind,” he says. Soon, the young actor started getting plenty of film work, including the moody thriller Stoker and the forthcoming, long-gestating Warren Beatty project about Howard Hughes. (“He’s editing it” is all the young actor will say about the untitled Beatty film, which reportedly wrapped production in 2014. “Uh, that’s pretty much all I know.”)

Still, talking his way into Hail, Caesar! was no easy task. “I don’t think the Coen brothers had any idea of who I was,” Ehrenreich says. “My agent sent me the script, and I read it and just loved it. I asked if I could audition, and we were told that I really wasn’t right for the part. So, we just asked again, and [the Coens’ people] said, ‘You can make a tape.’ And then I asked again if I could come in, and they said okay. I went and read for the casting director, and then she had me come back and read for the Coens twice.”

His suspicion was that the initial resistance stemmed from the fact that he’s made his name playing sensitive, thoughtful characters (see his estranged, wounded stepson in Blue Jasmine). That sort of forceful, bristling performance is miles removed from his adorably dim-bulb portrayal of the singin’ and lassoin’ fool Doyle. But he knew his instincts were correct during his audition with the Coens: “When I read for them, they laughed the whole time. That seemed like good news. 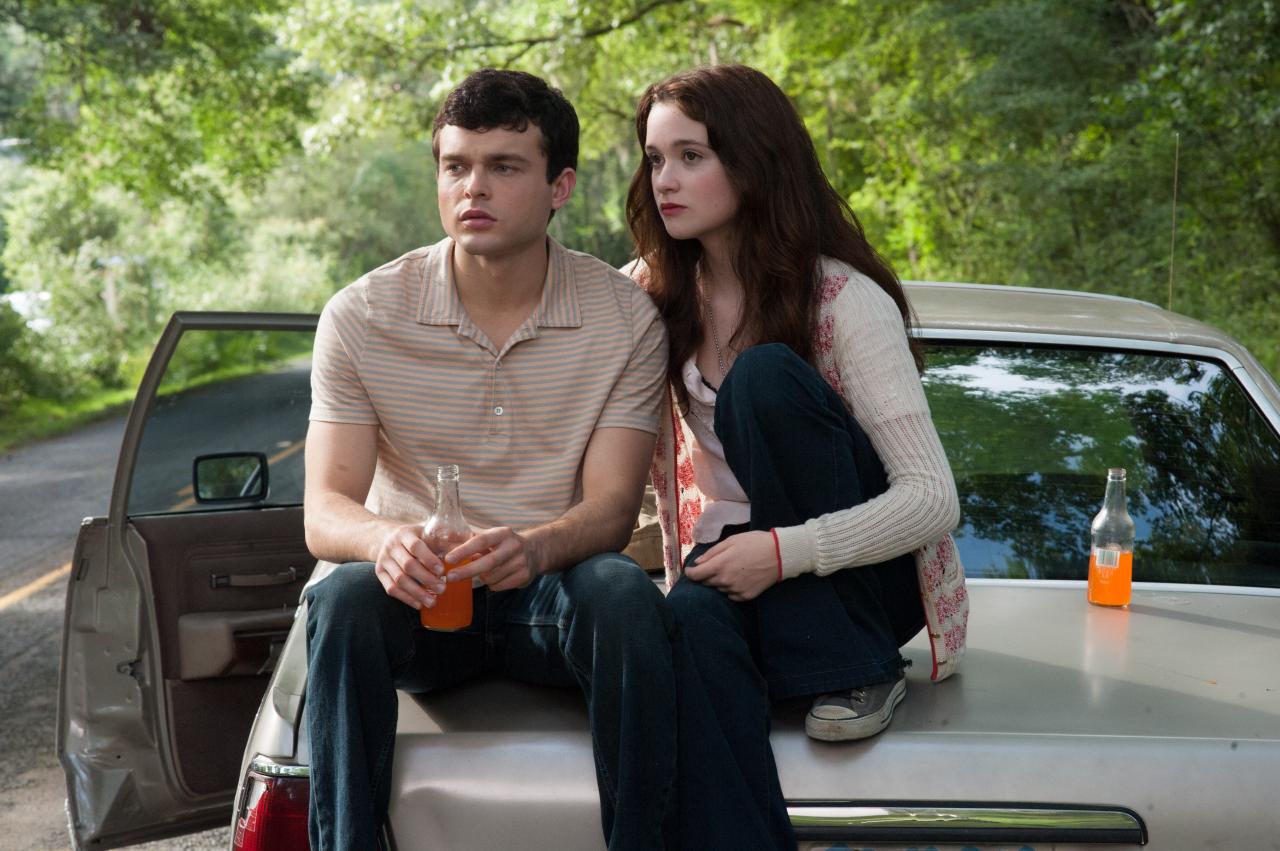 “I grew up watching so many of their films and loving their films so much,” he continues, citing O Brother, Where Art Thou? as the first Coens movie he remembers seeing. “I almost feel like so much of the humor in their films has shaped a lot of me and my friends’ sensibility. That’s why I feel like I’m almost taking credit for something I didn’t do. Those jokes are them — it was all on the page. … I thought, ‘Well, maybe I should go talk to a voice coach and really work on [Doyle’s] Southern [accent].’ But they wrote that into the lines — the words were written phonetically — so that gave you the accent. There’s so much that’s done for you by the quality of their writing.”

Perhaps, but one suspects that it was Ehrenreich who brought the sweetness and humanity to a character who could have just become another of the filmmakers’ signature rubes. During a 30-minute conversation, he is always warm and laidback, as profoundly unaffected as Caesar‘s ego-ridden characters are consumed by their pretensions. Even when he’s told this new movie may help introduce him to a larger audience, he smiles but doesn’t entirely buy in.

“I’ve been in movies where so much of the conversation was about, ‘Well, after this movie, you’re gonna be the biggest movie star,'” he replies. “I sort of have learned that you never really can predict any of that. I don’t really know what it’s like when you have a big breakout thing happen and you’re on the level of George or Josh or Channing or Jonah or Scarlett or Tilda.” Still, he gives himself some credit: “People will know who I am at the party tonight and at the premiere…” But then he stops himself, laughing again. “But I could drive right now to the building next door and no one knows who I am. That’s kind of nice.”