Gifted youngster Kubo is in a tough situation. He and his pals (a stern macaque and a goofy horned beetle cursed to assume the shape of a man) need to cross a turbulent ocean. There’s no seafaring vessel in sight. It appears that all is lost, but the boy, unshaken, begins plucking out a tune on his magical shamisen, a traditional Japanese stringed instrument. In mere moments, a mighty ship has materialized from thousands of sheets of origami paper, ready to go. The young hero and his cohorts climb aboard, setting sail for parts relatively unknown.

It’s a scene from Kubo and the Two Strings, the latest movie from the Oregon-based Laika Entertainment. But it’s also the perfect metaphor for how the fledgling studio works: They pull off dazzlingly elaborate feats to solve problems, and make it look like the most natural thing in the world. Over four uniformly excellent feature films, they’ve established themselves as a vital new voice in the world of stop-motion animation, and Kubo represents both the culmination of a decade’s worth of technological innovations, and a turning point. Consider that the film revolves around a young Japanese boy learning the full extent of his powers as he comes of age — the parallels between his journey and that of the studio that realized it are simply too clean to resist.

Nike chairman Phil Knight purchased the struggling stop-motion outfit Will Vinton Studios back in 2002, rechristened it as Laika Entertainment in 2005, and set up his son Travis as president and CEO. A former rapper and longtime animator himself – Kubo marks Travis’ first directorial credit, though he’s worked in various capacities on their earlier releases Coraline, ParaNorman and The Boxtrolls as well – the younger Knight envisioned his home of Portland as the site of a new renaissance for a style of filmmaking that seemed to be on the brink of extinction.

“At that time, with the ascendancy of the computer, it was a very dark time for stop-motion,” Knight explains. “The computer could do anything that we could do but better, and with greater flexibility and precision. We figured that the only way to bring this medium into a new era was to embrace the author of our demise. We had to take the infernal machine and find a way to make peace with it. That’s the foundation of our production methodology: to bind art and technology together to tell stories.” 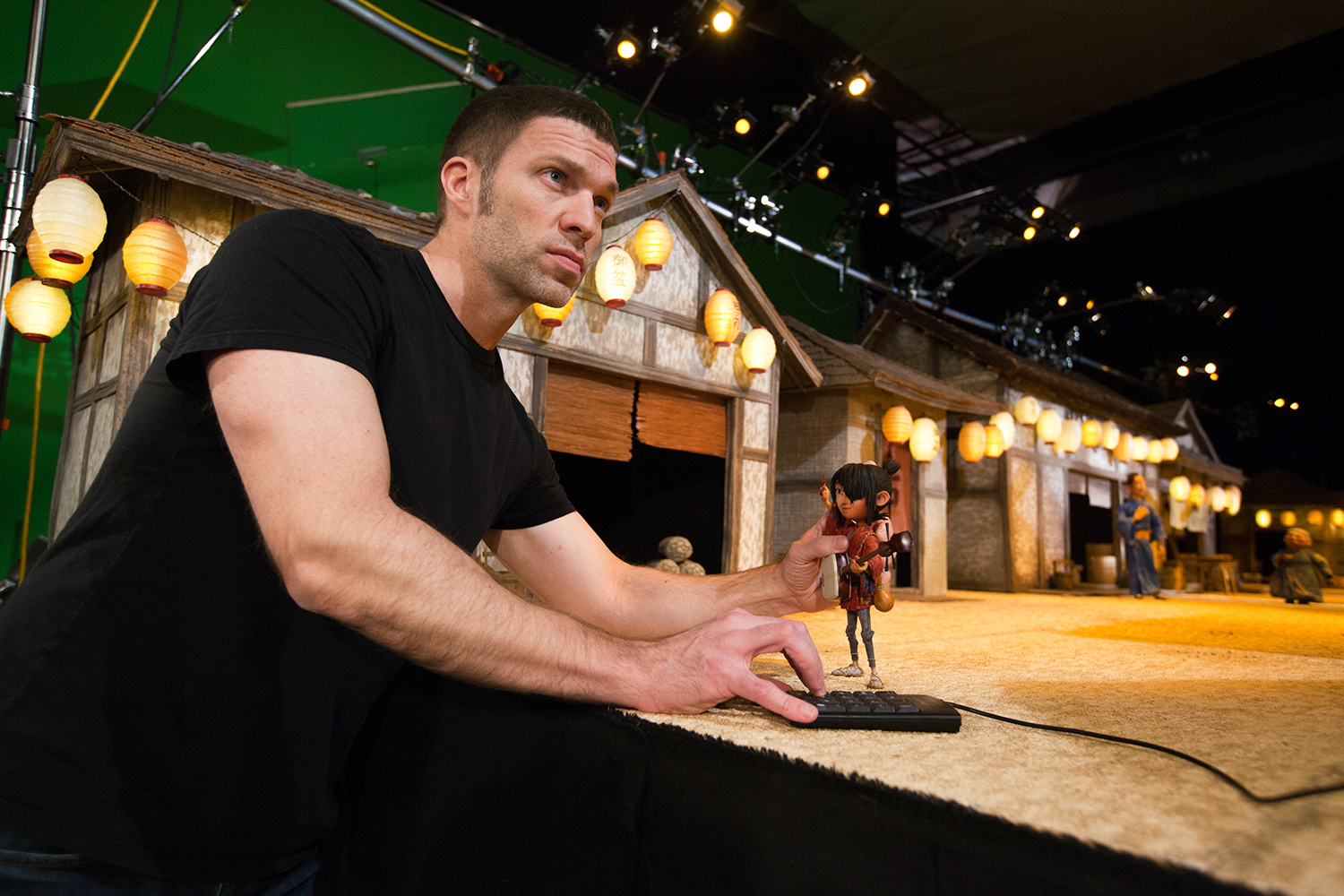 Championing fresh applications of existing equipment while facilitating the development of entirely new technology, Knight and his fleet of wizards set about resurrecting the stop-motion art form. They got their feet wet with a short called Moongirl and contributed some contract work to The Corpse Bride before breaking out with Coraline, the marvelously creepy adaptation of Neil Gaiman’s popular novella. Knight sat in as lead animator while The Nightmare Before Christmas director Henry Selick took the reins, setting off the studio’s preoccupation with the darker fringes of the typical child-parent dynamic has colored all four of Laika’s releases. “Seeing the kinds of things my kids were subjected to, the vapid sensory assault of so much entertainment geared towards families,” Knight says, “I didn’t want to be a part of that. I wanted us to be a restorative tonic.”

But to weave the emotionally rich narratives that he had in mind, there needed to be a way of giving his puppet playthings unprecedented sophistication of expression. Knight spearheaded the integration of “rapid prototyping” technology to the production process, a pioneering technique that uses a 3D printer to quickly generate infinitesimally differing facial expressions that can be swapped on and off of a figurine’s face. The director notes that the concept of replacement animation dates back to George Pal’s Puppetoons shorts in the Forties, but employing the printer instead of painstakingly sculpting individual faceplates saved the studio precious time and money.

“We wanted our characters to be really nuanced and emotive,” Knight said. “We found this rapid prototyping technology in its infancy … it was a revolution for us. We were able to get the most expressive facial animation that anyone had ever seen. It was the convergence of our craft and science. We were able to get the precision of [computer generation], and the warmth and charm and humanity of stop-motion.”

One round of layoffs prior to the Coraline release and another shortly afterward helped refine Laika’s focus, ditching the undernourished computer-animation branch to devote all their resources to stop-motion. Ever since, they’ve excelled both commercially and creatively, bringing in around $40 million box office on each of their releases thus far while netting Academy Award nominations for Coraline, ParaNorman, and The Boxtrolls. “Because we’ve kept the band together, same core creative team from the start, that allows us to grow meaningfully as artists and filmmakers,” Knight says. “We stand on our own shoulders. It’s pretty unusual for a group of this size to stay together for this long, and when that group scatters to the wind, their know-how goes with them. But we’re able to build on it and advance. Every innovation that happens on one production, we can bring that to the next production.”

All of which has led to Kubo, the studio’s most formidable achievement to date. The moving story of a Japanese orphan using an enchanted musical instrument to make living origami, this Tolkienesque adventure was close to Knight’s heart, and not just because his mother read Lord of the Rings while pregnant. “For my dad’s part, he let me tag along on one of his business trips to Japan when I was eight,” Knight recounted. “I grew up in Portland, Oregon, and from the moment I set foot in Japan, it was like I had been transported to another world. It was completely beautiful, breathtaking, almost otherworldly. It was so completely different from anything I had ever experienced on the west coast of America. I was enthralled by it.”

But bringing this fantastical vision to life was, in Knight’s words, “by far the most ambitious thing we’d ever taken on.” The level of technical finesse required on the production went beyond finding clever workarounds, like using rippled glass as a water stand-in or crafting the tiny origami squares from durable Tyvek homewrap after regular paper disintegrated. Knight and his crew went to work constructing an 18-foot animatronic skeleton for one dazzling set piece, the largest set ever built for a stop-motion picture. He likens the rig to a flight simulator or a virtual-reality ride at a theme park that he could move one frame at a time, creating a more immersive experience than anything that came before.

And while the studio has trotted out a new full-length every two or three years, but Knight says he hopes to match Pixar’s one-per-year clip sometime soon; the company is currently gobbling up Portland real estate so that two separate projects can shoot concurrently. (They began work on their next release while Kubo was still coming together.) “From the moment I took my first breath, [stories] have been part of my life,” Knight says. “My mother would share them with me, she’d buy me books, we’d read them together. It’s a huge part of my childhood … it’s like it was embedded in my genetic code.”

Director Travis Knight discusses ‘Kubo and the Two Strings,’ and the inspiration behind the new animated fantasy. Watch here.