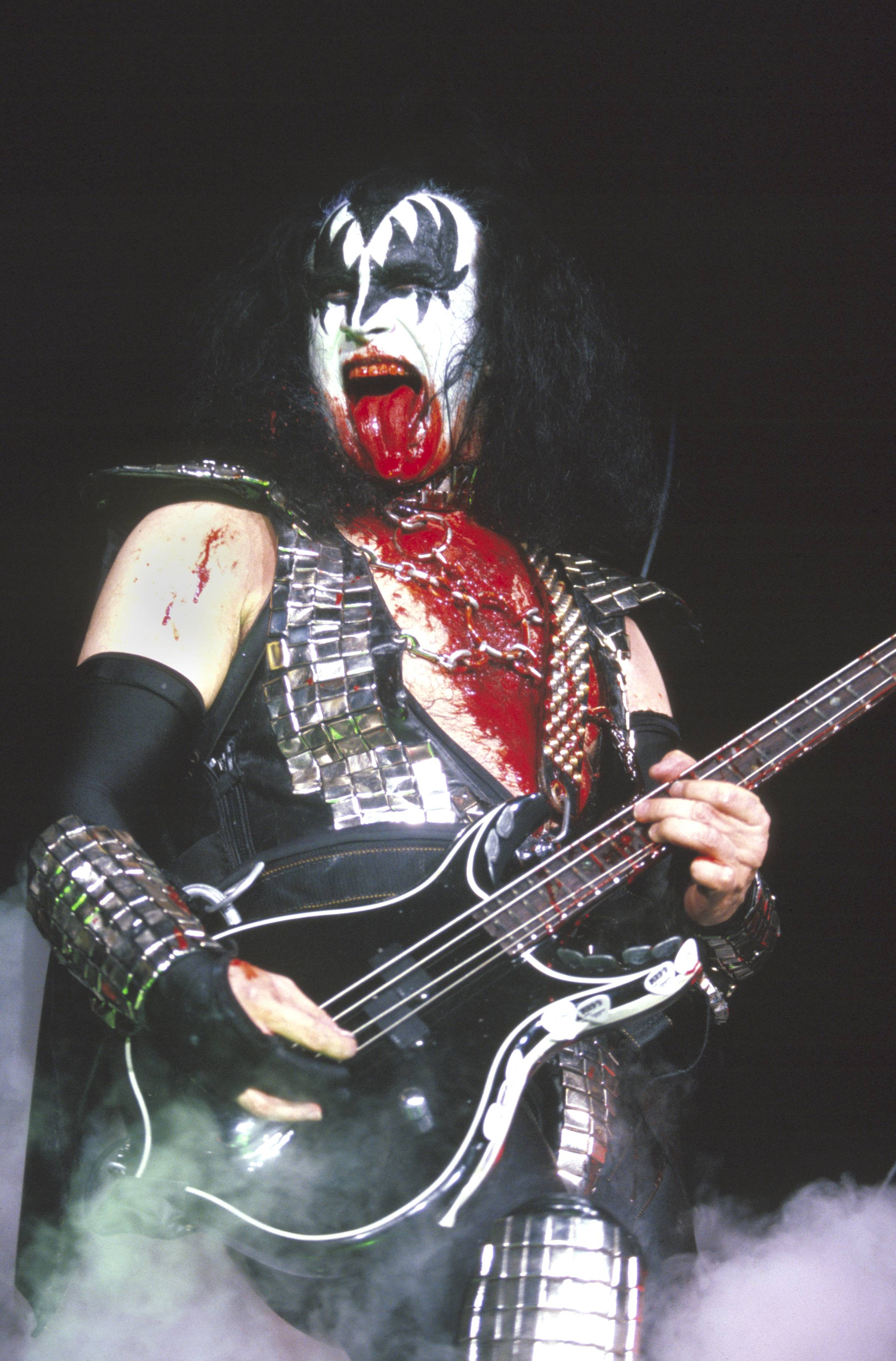 When Gene Simmons and WWE Studios announced they had teamed to make what they called “elevated” horror movies, the word “elevated” raised some eyebrows – and not in a Vincent Price kind of way. So Rolling Stone spoke with Kiss‘ resident Demon to find out just what he meant. “It’s not gonna be slasher films and gore, because the easy way out is the cheap, stupid stuff,” he says. “Texas Chainsaw? That’s fine. Fine for some people. Not my style.”

Although Simmons is a fan of A Nightmare on Elm Street, he thinks making “blood and guts” films is too easy. “Horror just means you get the bejesus scared out of you, and I think there are some good modern examples,” he says. “Insidious was a great film.”

The first movie to be made by Erebus Pictures, Simmons’ new company with WWE Studios, is Temple. It centers around a commando team investigating a futuristic supercomputer that has begun behaving strangely. “It feels like Three Days of the Condor meets H.P. Lovecraft’s Cthulhu mythos,” Simmons says. “‘Temple’ is what they call this kind of supercomputer that can do all kinds of things that we never thought of, except there are things that are happening there that no one can understand. Slowly find out, layer by layer, what the hell is going on.”

The production company has two other scripts ready to be produced, though Simmons won’t tease them (“You don’t want to find out what you’re getting for Christmas in July, right?”), and he has two he’s specifically picked that are waiting in line. Currently, the singer-bassist has no plans to appear in Temple, but he’s leaving the door open for cameos in the future movies.

“Psycho is a wonderful, elevated horror film, and it doesn’t necessarily have monsters or ghosts,” Simmons says. “You ever see Psycho? I’m embarrassed to say that there are people out there who don’t have a clue what I’m talking about. Shame on them. It’s interesting to note Psycho had murders and all this kind of wacky stuff but you never saw a knife go into a body. You never saw a body actually bleed. I think that made it even more horrific. Sometimes the scariest things are what human beings are capable of.”

“It’s German expressionist film directed by Fritz Lang that broached pedophilia. Peter Lorre played a crazed madman who killed and molested children and all kinds of other stuff, and there was a child playing with a ball in one scene when she meets Lorre’s character. Even more horrific than anything else after she disappears, the camera shows the ball rolling down a hill until it finally stops moving. Your mind takes over, and does much more horrific things then the screen can. I think being obvious and throwing blood and guts at the screen is stupid.”

“It has all these blue-eyed, blonde little children who aren’t really from here. George Sanders plays the father who eventually has to lead the children to try to save society, after a meteor passes, and all of a sudden every female in the town is pregnant. I think that’s an amazing opening for a movie, and it’s smart.”

“The step-by-step horrific setup of the film is just great filmmaking. The movie starts, and you’re on a movie set, and this actress is bringing her daughter along with her to Boston, because she has broken up with her husband. So while she’s busy working, [actress] Linda Blair is at home, doing whatever, except the home is haunted, and eventually the evil spirit, a demon takes over her, and her mom doesn’t believe in it. Sure, you get the punch in the gut and the kick in the nuts when her head spins around and she spits out pea soup and everybody just flips out, but leading up to that is a very well-written script. It’s easy to do the action sequences. You sit down, and say, ‘OK, we’re gonna have a head pop off here, and then I’m gonna have a ghost dive off somebody’s ass, and use them like a hand puppet.’ OK, I get it. Those are all gonna be good hand-puppet scary moves, but what’s the script? You have to care about the characters, and stuff. That’s what we mean by elevated.”

“It stars Gregory Peck and Lee Remick as a couple who gives birth to the Bad Guy’s son. And how do you know? Well, he’s got 666 somewhere on his skull, and you got to move the hairs apart. I mean, it’s just very scary stuff, but when you really think about it, not a lot of blood and gore. There’s a scene where a guy is walking with the intent of hurting [the son, Damien], and then all of a sudden the truck rolls down a hill and decapitates the guy. You’re kind going, ‘What the Hell?’ And layer after layer of the story peel away until finally, later on, you understand.”