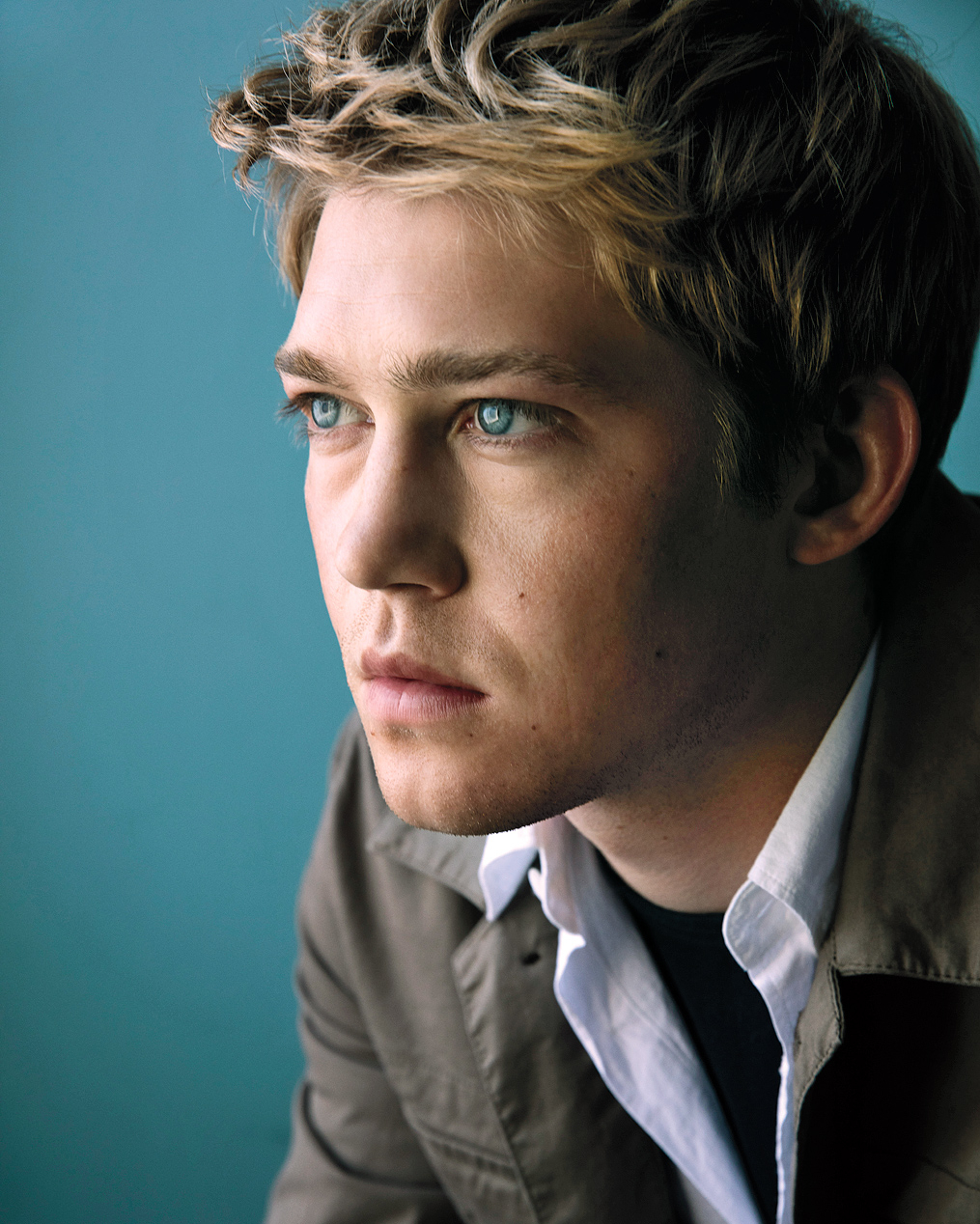 One week, Joe Alwyn was just another young man in drama classes at London’s Royal Central School of Speech and Drama, running scenes with his classmates, preparing a showcase for a potential agent … doing what any 25-year-old who’d dreamed of becoming the next Laurence Olivier (or at the very least, the next Tom Hiddleston) ever since he was a kid. The next, he was auditioning for director Ang Lee in Atlanta, Georgia and found himself packing for rigorous military training after landing the lead in a major Hollywood adaptation of the award-winning novel Billy Lynn’s Long Halftime Walk. (The movie opens in New York and Los Angeles on November 11th, and then goes wide on November 18th.)

“The whole thing happened in 10, maybe 12 days,” he says, still sounding a little dizzy from it all. “It was a real baptism of fire. Suddenly, I went from being a student to standing in front of these huge cameras on a set. But I was playing someone who has to cope with being thrust right into the center of a completely new, foreign environment. So … there were definite parallels to draw on.”

“Actually, I originally pictured a big Texas redneck,” Lee says when reached by phone several days later. “Someone sort of innocent but a little rebellious, a little fucked up – you know, a much different type than Joe. He seems really refined, much more sincere. But [author Ben Fountain’s] book was really acerbic, and when I saw Joe read, I thought: Oh, we can play this as earnest. It opened up the story a lot. And I quickly realized that he was the kind of actor who, despite the fact that he was still in school, you could throw anything at him and he’d go with it. You don’t find a lot of young actors like that.”

Indeed, Alwyn admits that the “thrown in to the deep end” process helped him get into the mindset of playing a young soldier who, after an act of bravery during the Iraq War, instantly finds himself going from being a grunt in Baghdad to appearing with Beyoncé during a football game extravaganza. He had to learn a Texas accent – something which, apart from an attempt at a Southern twang while doing a scene from William Inge’s Bus Stop, he’d never really tried before. (“Please note that I was playing the cowboy part, and not the Marilyn Monroe role,” he jokes. “I’m not that good.”) He had to go through a grueling experience at a basic-training camp for Marines, which he describes as both “two weeks of isolation with seven other boys and two Navy SEALS trying to break you” and one of the best experiences of his life to date. He had to hold his own acting-wise against Steve Martin and Kristen Stewart; hit his marks during a complex long-take sequence involving Destiny Child avatars (the story takes place in 2004), fireworks, and dozens of dancers in a giant arena; and, most nerve-wracking of all, film a sequence in which he physically tussles with an enemy soldier after dodging several rounds of explosions.

“We did 15 takes of that,” he says. “The other actor was supposed to have a fake ‘blood pack ‘on him, and it burst early; it was going to take a half hour to reset everything, and the light was going. So it was like, we’ll put the blood in later – you guys just do as many versions of that fight as possible, we’ll film all of them and go from there. It’s my favorite bit in the film, because the intensity of doing it was immediate. But yeah … by the end of it, both of us were just completely wiped out.”

And the fact that Alwyn is every single scene of Billy Lynn’s Long Halftime Walk – “There’s no escaping me here!” he says, cracking up – wasn’t as strange as seeing himself projected onscreen for the first time in bleeding-edge high-definition clarity, courtesy of the filmmaker’s use of 120-frame-rate cameras. “It’s surreal,” Alwyn admits, after seeing the film for the first time projected in the hyper-realistic format. “Then again, the whole thing is surreal. But it’s exciting to be part of Ang’s experiment. I have so much admiration for directors who try new things.” He pauses. “And I got this my first time out.”