Tessa Thompson doesn’t saunter into Thor: Ragnarok until the end of the first act, when Chris Hemsworth’s God of Thunder crash-lands on the planet Sakaar – a “fantastically depraved place,” she says. Her character, Valkyrie, a traumatized Asgarian expat, fits right in; she makes a living capturing potential gladiatorial combatants and selling them to the Grandmaster (played Jeff Goldblum) for booze. “Sometimes she’ll do half-booze and half-money, which makes her feel sort of better than spending it all on drinks,” Thompson muses, laughing. To her, the Prince of Asgard is worth nothing more than a bottle. But when this callous woman-in-command exits her spaceship to claim her prisoner, she’s so drunk she falls off the gangplank. At least she makes an impression.

And while the 33-year-old actress may best be known for her role as the cutthroat corporate suit in HBO’s Westworld, she does love to play kooks. Her first on-camera role in 2005 was a one-episode gig as a bootlegging, poetry-spouting Depression Era lesbian on the TV show Cold Case. Thompson got to wear a man’s three-piece pinstripe suit and fedora, and taught herself to smoke old-fashioned Nat Sherman cigarettes. She’d dreamed of becoming an actress ever since her father, a Panamanian R&B/folk musician who plays under the moniker Chocolate Genius, Inc., took her to see Amelie. As she and her on-screen blonde girlfriend sped towards a closed bridge in a vintage Ford pick-up truck, Thompson recalls herself thinking, “I could do this forever.”

'Thor: Ragnarok' Review: Third Time's a Charm for the God of Thunder

She worked steadily for a decade doing live Shakespeare, BBC period pieces, teen dance flicks and the occasional indie, like the role of Nyla, a dancer who survives a horrific abortion in Tyler Perry’s For Colored Girls. Still, she was bored. Most of the auditions she went on were “race specific,” says Thompson, “and not a lot of it was incredibly compelling.” She left her hometown of Los Angeles for New York and took a break from acting.

“I want the next thing I do to feel like something I have to do, something that will be life changing,” Thompson vowed to herself. Nothing inspired her until she read the part of college radio D.J./campus activist Sam in the script for Justin Simien’s Dear White People. “Can we have a movie with, you know, characters in them instead of stereotypes,” groans Sam – no more “black women in pain, man.”

Thompson chose wisely. Simien calls her judgment, “impeccably smart,” not just because she credits his film with correcting the course of her career, but in the details of her craft, especially in the tricky, and even contradictory, layers she adds to her portrayals. “In her close-ups you can see how her characters want to be seen, as well as how they see themselves behind the eyes,” the writer-director says. “She’s funny and vulnerable and fierce all at once.” 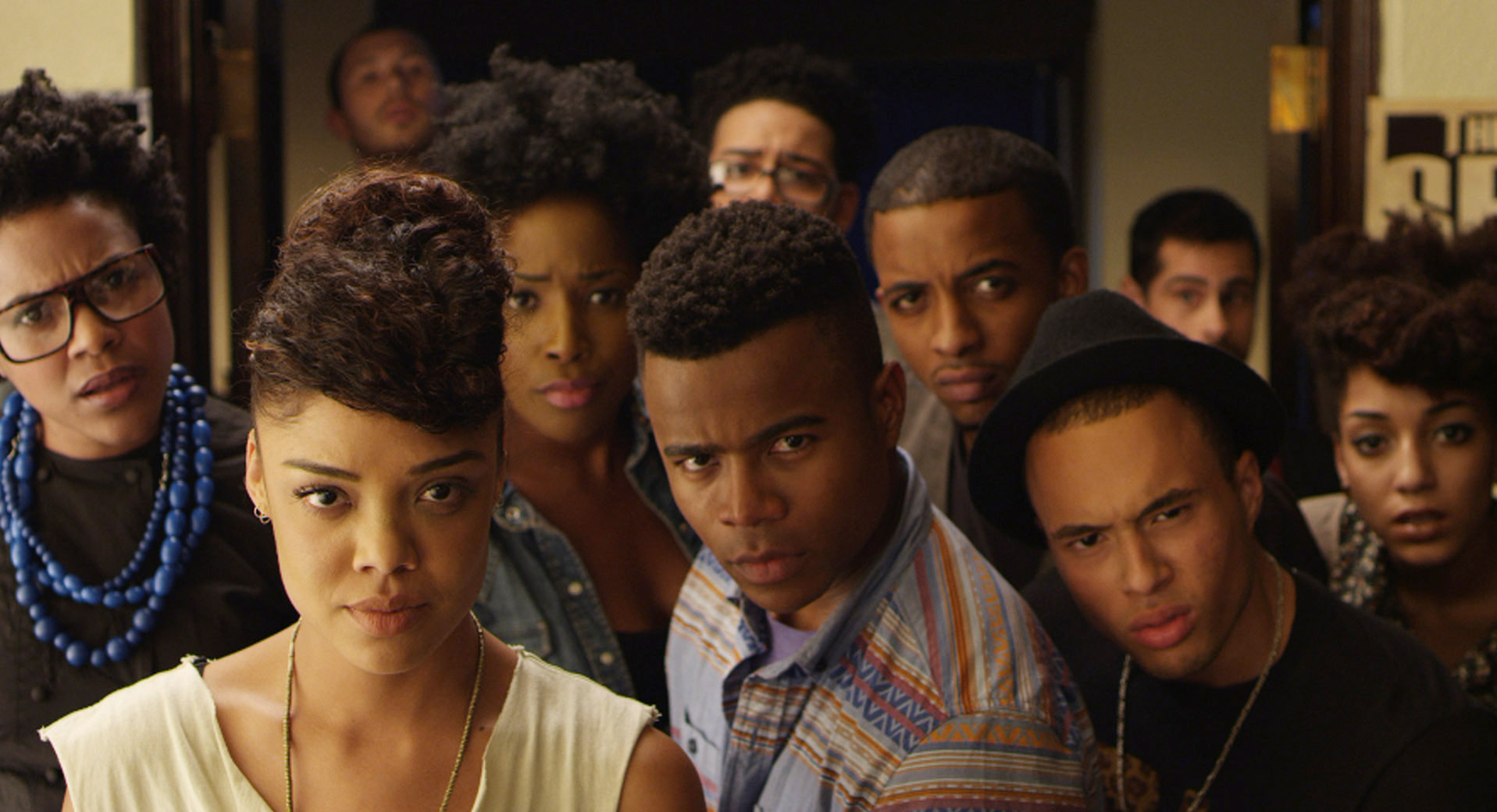 Dear White People was life-changing, and so was the role after that – the vibrant, yet emotionally grounded songwriter Bianca in Ryan Coogler’s Creed. Her character is introduced slamming a door in Michael B. Jordan’s face; by the credits, she’d come close to stealing the movie away from both the star and the original Rocky, Sylvester Stallone. But when Creed wrapped and Thompson and two friends settled in to undo Bianca’s striking waist-length braids, they turned on the 2005 remake of King Kong. As Naomi Watts’ Fay Wray ran through the jungle, got yanked into the air, turned to the CG beast and screamed, Thompson made herself a second, surprising vow. “I was like, ‘This is a different kind of talent,'” Thompson recalls. “I want to see if I can do that.“

She and Simien already had a wry running joke about the need to cast people of color in sci-fi and fantasy films. “We’ve got crocodile people up in the Mos Eisley cantina but no one’s black?” says Simien. “This is a completely fabricated universe. There is no excuse.”

So she said yes when director Taika Waititi asked her to join Thor: Ragnarok, even though the Marvel franchise has tended to sideline, or flatline, its major female roles. (Thor’s ex-girlfriend Jane, once played by Natalie Portman, is written out of the franchise in one line.) Valkyrie is no wimpy love interest; she’s a callous, self-centered survivor who doesn’t care if the good guys win. “She’s the Han Solo of the movie,” says Thompson.

On set, she realized that she’d have to teach herself how to have gravity in the pixellated Marvel universe. Her first week on shooting, she’d be standing confused in the middle of nowhere and then suddenly, the camera were rolling. She’d dealt with her share of special effects on the Westworld set, and pretending to go through a wormhole in front of 300 person fixing wind machines and chewing sandwiches wasn’t much different she says, than being 19-years-old and performing Juliet for a small theater full of high school kids who are “asleep or making out or eating Chex Mix.”  (It’s just a lot bigger – and way more expensive.) Still, if Thompson was nervous about being in her first $180 million blockbuster, she doesn’t show it. This is a woman who moves confidently in outer space and seems more than capable of holding her own against green-screen fire demons and blimp-sized wolves. She is the special effect.

Her co-stars taught her other tricks. Tom Hiddleston, who, like Watts, had just himself faced King Kong, lined his dressing room with illustrations of Asgard and Sakaar to he could imagine where Loki was standing. And Blanchett, who’d spent 14 years palling around with Hobbits, knew to tuck sugar packets into her palms so her villainess Hela could fling them across the room in lieu of blasting white lightning.

As for the gallons of galactic moonshine that Thompson’s Valkyrie swills, the purple hooch was Kool-aid while the giant brown bottle of booze she chugs like a sand timer was iced tea. However, the Jägermeister one of the stunt department heads offered Thompson to calm her nerves before her first big physical scene was 100% real. “He said it will loosen you up and get you going,” laughs Tessa. “Which I think worked fine.”

Thompson even summoned the courage to pitch Waititi on making Valkyrie bisexual, based on her comic book relationship with anthropologist Annabelle Riggs. “There’s this great illustration of them in a kiss,” swoons Thompson, and while Valkyrie has yet to meet Annabelle in her Hollywood timeline – and who knows if she’ll get to – she convinced Waititi to shoot a glimpse of a woman walking out of Valkyrie’s bedroom. He kept it in the film as long as he could; eventually the bit had to be cut because it distracted from the scene’s vital exposition.

“There were things that we talked about that we allowed to exist in the characterization, but maybe not be explicit in the film,” admits Thompson. Pay attention to her agony in a flashback where Blanchett’s Goddess of Death murders the rest of Valkyrie’s warrior clan. “There’s a great shot of me falling back from one of my sisters who’s just been slain,” says Thompson. “In my mind, that was my lover.” 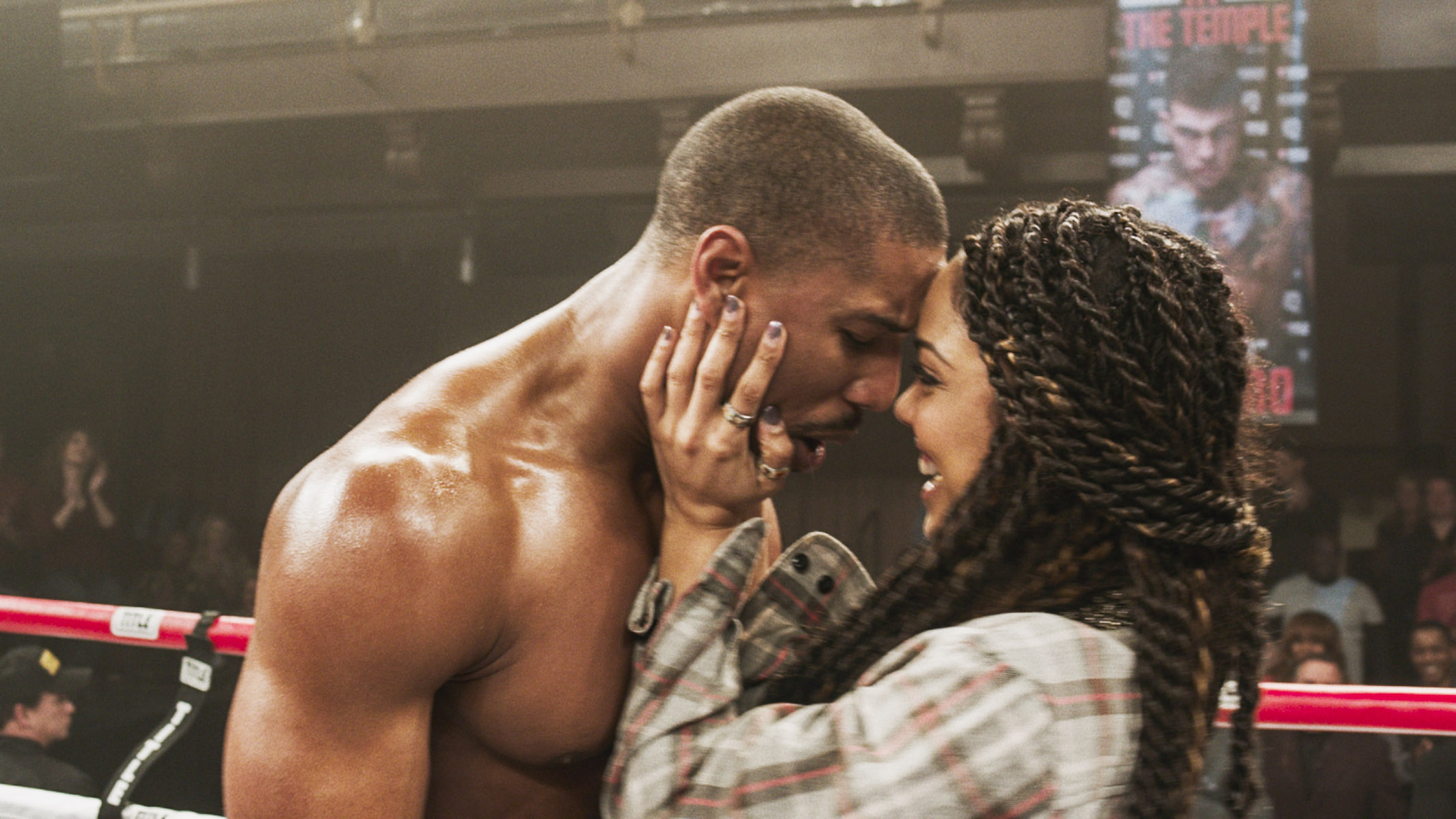 Thompson hopes to expand on Valkyrie’s love life when the character returns. (She’s rumored to cameo in next year’s Avengers: Infinity War.) Until then, the nevermore-on-hiatus actor has plenty to do: Alex Garland’s sci-fi/horror thriller Annihilation, the just announced Creed sequel – ” I don’t know exactly what Bianca’s story will be, but I’ll definitely be involved” – and the second season of Westworld, which she’s currently filming. (She recently told Elle that the hit show’s next round is where “women are king … It’s kind of all about the women and I think it might be a very feminist show as a matter of fact.”) And, hopefully soon, her own dream project of starring in an Eartha Kitt biopic. She and the former Catwoman have a lot in common: both politically outspoken, beguiling beauties with strong cheekbones, melted butter voices and the ability to hold their own next to a superhero. And maybe someday, an Oscar.

For now, the award-winning indie actress can claim her blockbuster statuette: a Funko bobblehead. (And a Lego and an emoji, all of which Thompson has tweeted out with genuine glee.) The real prize is what those toys represent. Recently, a mother tweeted to the actress that her young daughter pointed to a Valkyrie doll and said, “Me.”

“What would my relationship have been to that Lego had there been a Valkyrie Lego when I was little?” Thompson wonders. “Media truly has the power to create and shift culture.” For years, she’s joked that there aren’t enough black people in space. Today, she’s the Marvel universe’s brightest new star.