Dan Stevens is having a bit of a moment. In February, you could see him in Legion, FX’s stellar, must-see Marvel TV series in which the 34-year-old English actor plays a troubled young man who, despite having lived in a mental institution since his teens, discovers that he’s not really schizophrenic. (The bad news: He’s actually an all-powerful mutant, wanted by the government and controlled by a vicious parasite living inside his mind.) A month later, you might waltz down to your local multiplex and detect Stevens under lots of fur, playing the menacing, melancholy monster in Disney’s live-action version of Beauty and the Beast. And this week, you can head down to your friendly neighborhood art-house theater and see him in The Ticket, an indie character drama about a blind man who inexplicably regains his sight. Factor in small supporting parts in both skewed rom-com/giant-monster movie Colossal and the Richard Gere vehicle Norman, both hitting theaters in the next few weeks, and though it’s only April, the former Downton Abbey heartthrob seems well on his way to winning 2017.

5 Things We Learned From 'Legion,' Season 1

But during a phone interview, he says he has a hard time looking at this year as some sort of grand, preplanned breakthrough. Really, Stevens insists, it’s just how circumstances worked out. “A lot of things I’ve been working on over the last few years happen to be coming out at the same time,” he demurs. “I did The Ticket four years ago; Beast was created two years ago; and we shot the Legion pilot almost a year ago to the day. It’s amazing how these [releases] sometimes coincide.”

Working in British theater and television for years, Stevens kept building up his resumé. He was then cast in a period drama that writer-director Julian Fellowes was developing in 2010, a multi-narrative about the masters-and-servants relationships in an English estate. Quicker than you could say “upstairs, downstairs,” Downton Abbey became an unexpected pop cultural phenomenon and his caddish-to-compassionate character Matthew Crawley became a fan favorite. In 2012, Stevens left the popular PBS show  — his character died in a car crash — and he and his family made the trek to New York. Soon, he was appearing on
Broadway alongside Jessica Chastain in a Tony-nominated revival of The
Heiress. “Jessica
was having a similar moment back then,” he recalls. “I think
she had seven films that she’d been working on the previous five years
come out in one year. So it’s been great to know her and have seen her
go through this. It helps.”

Some noticeably non–drawing-room-drama roles followed that garnered Stevens attention – a psychotic soldier in The Guest, a cross-dressing writer in the cult Web series High Maintenance. But it was the play that put him in touch with director Ido Fluk, who had been
developing a script, inspired by the 2008 economic meltdown, about a
blind man whose regained sight activates a materialistic side that leads
him to become a predatory success at his real-estate company. After seeing Stevens in The Heiress, the filmmaker knew he had found his star. “When you meet Dan, you realize he’s an
incredibly smart person,” Fluk says, adding, “Do you
know he was a judge on the Man Booker Prize [in 2012]? What actor do you
meet that also has done that?”

“Ido was one of the first directors I met when I got to New York who
seemed genuinely excited to collaborate on something,” Stevens says.
“It’s a wonderful thing to find that. … I just immediately thought [the
script] was one of the most beautiful things I’d ever read. It was
almost like a dark fairy tale — it had a real fable quality to it.” 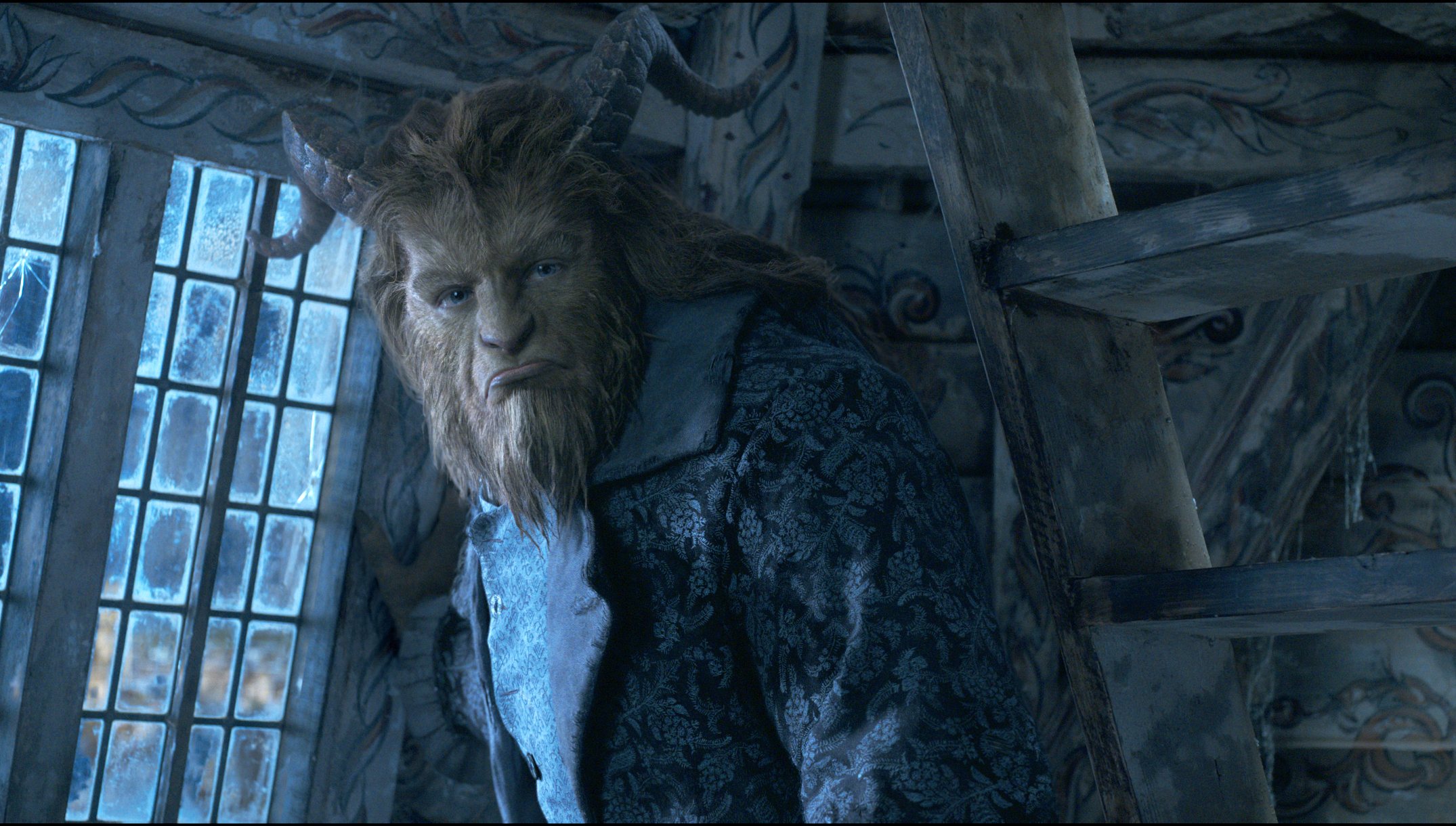 Gloom-flecked fairy tales have been his specialty of late. Even though they were made far apart, it’s hard not to see connections between his work in Legion, Beast and The Ticket. In all three, he plays characters who dance between the shadow and the light — there’s a dark side within these people that cripples them. Sometimes that monstrousness is of their own making, as with his cursed Beast; in Legion, it’s an external evil that his reluctant superhero must battle to the death. When it’s suggested that his Ticket character is also someone who goes through a transformation — from a good soul to a morally bankrupt one — Stevens objects passionately.

“Ido and I really enjoyed this almost taboo idea of ‘What if he actually wasn’t all that great a person before the movie?'” he responds. “It’s interesting that you see this person as going from a nice guy to an awful man. You know, there’s not a huge amount of evidence that his relationships were necessarily that happy beforehand. It’s interesting that people immediately leap to the conclusion that the blind man must be the nice guy. Playing with that taboo felt very alive, very dangerous.

“It’s almost like we shouldn’t make assumptions about anybody,” he adds  with a sarcastic laugh. “It’s a good thing to look around and
question a few things – it’s a healthy instinct.” (Asked if that extended to the notion of recasting Josh Gad’s LeFou in Beauty and the Beast as gay, a concept that has caused more controversy than its creators probably intended, Stevens replies, “You know, like a lot of things that people get whipped up about online, [it’s] neither one thing or the other. It certainly made Josh’s character a little more interesting than he might otherwise have been.”)

If Stevens himself has a dark side, he’s done a superb job concealing
it from his costars. “There’s a certain level of absurdity to our show, and Dan can really tap into that,” Rachel Keller, his Legion costar, says; she cites the scene in which the two halves of his character’s brain, one of which speaks with a British accent, argue with each other. “He can be very focused, very intense – and then he’ll spot a neighborhood bookstore, get wide-eyed and jump around a little bit: ‘Can we go in
there?!'” She laughs. “That actually happened.” 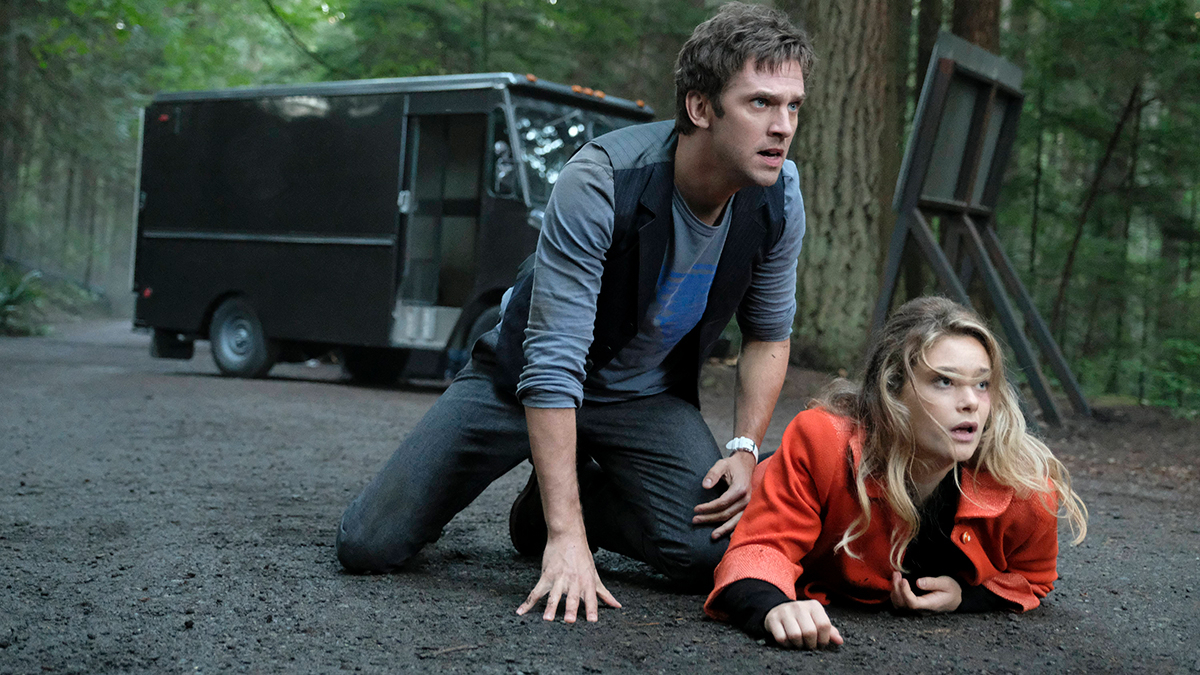 His hot streak has left him very much in-demand. He’ll be part of The Raid filmmaker Gareth Evans’ new Netflix thriller Apostle with Michael Sheen and Lucy Boynton, and another season of Legion beckons. You’ll forgive him if it’s all a bit of a blur. “Somebody made me aware that it’s been five years since I was cast in The Heiress,” he says, almost surprised. “So that’s an interesting five-year sort of chapter-marker right there with the release of The Ticket, Beauty and the Beast and Legion – it’s been five years since I came to the States.”

He takes a minute to reflect on how his life has changed in that time span, remembering where he was when he started the smaller of the three projects. “I walked onto that set straight from the set of Night at the Museum 3,” he recalls, “which was my first big studio [film].” Stevens laughs. “I was Sir Lancelot – this sort of mad, bluff idiot, this giant character.” So from Lancelot to Legion – is this his moment? “It has been an interesting few years,” he admits, before cackling loudly one last time.