The Rise of the Modern Female Horror Filmmaker - Rolling Stone

Female horror fans are hardly unicorns. Quite the opposite – we go to the movies to get scared, often in greater numbers than men. Female horror directors aren’t mythical beings either, even though it can sometimes feel this way. But in fact, the last few years have seen an exciting wave of horror films helmed by women who haven’t merely joined the rank-and-file as encouraging statistics. Instead, movies like Jennifer Kent’s The Babadook or Karyn Kusama’s The Invitation have helped elevate the genre by opening it up to stories that unsettle audiences in new, different and unexpected ways.

It should come as no surprise that, after decades of films focused on female protagonists whose survival might have an unsavory relationship to her sexuality or whose demise involves sickly imaginative levels of torture, women want to wrest control of genre narratives. Yet gender diversity in film remains lacking enough that when two people passed out at a recent film-festival screening of Julia Ducournau’s cannibalism coming-of-age tale, Raw – much to the director’s surprise and dismay – it was not only noteworthy but also a perverse measure of progress.

“A young guy in a festival audience told me that it was nice to have women in the genre because it brought some ‘softness,'” says Ducournau, whose movie will be getting a wide release next year. “Softness? Have you seen my movie? When you make horror, it’s the expression of a form of violence that you feel inside of you – and it’s important we recognize that women feel violence and anger as well.”

Ducournau hits on something that this groundswell of movies seems to signal generally, which is that while culture isn’t always tolerant of women’s emotions or impulses, they tend to fare better onscreen, where they’re allowed and even encouraged to be frightening. The Babadook, which Kent also wrote, featured a boogeyman terrifying enough to rival Pennywise, Michael Myers, and that swampy little girl from The Ring – but what really rattled audiences was the ordeal of a single mother pushed to the brink of madness by her disturbed child. “I don’t think a lot of the filmmakers making horror now know its worth, or realize the potential of the genre,” Kent told New York magazine back in 2014. (She was not available for comment.) “Just because it’s a horror film doesn’t mean it can’t be deep.” 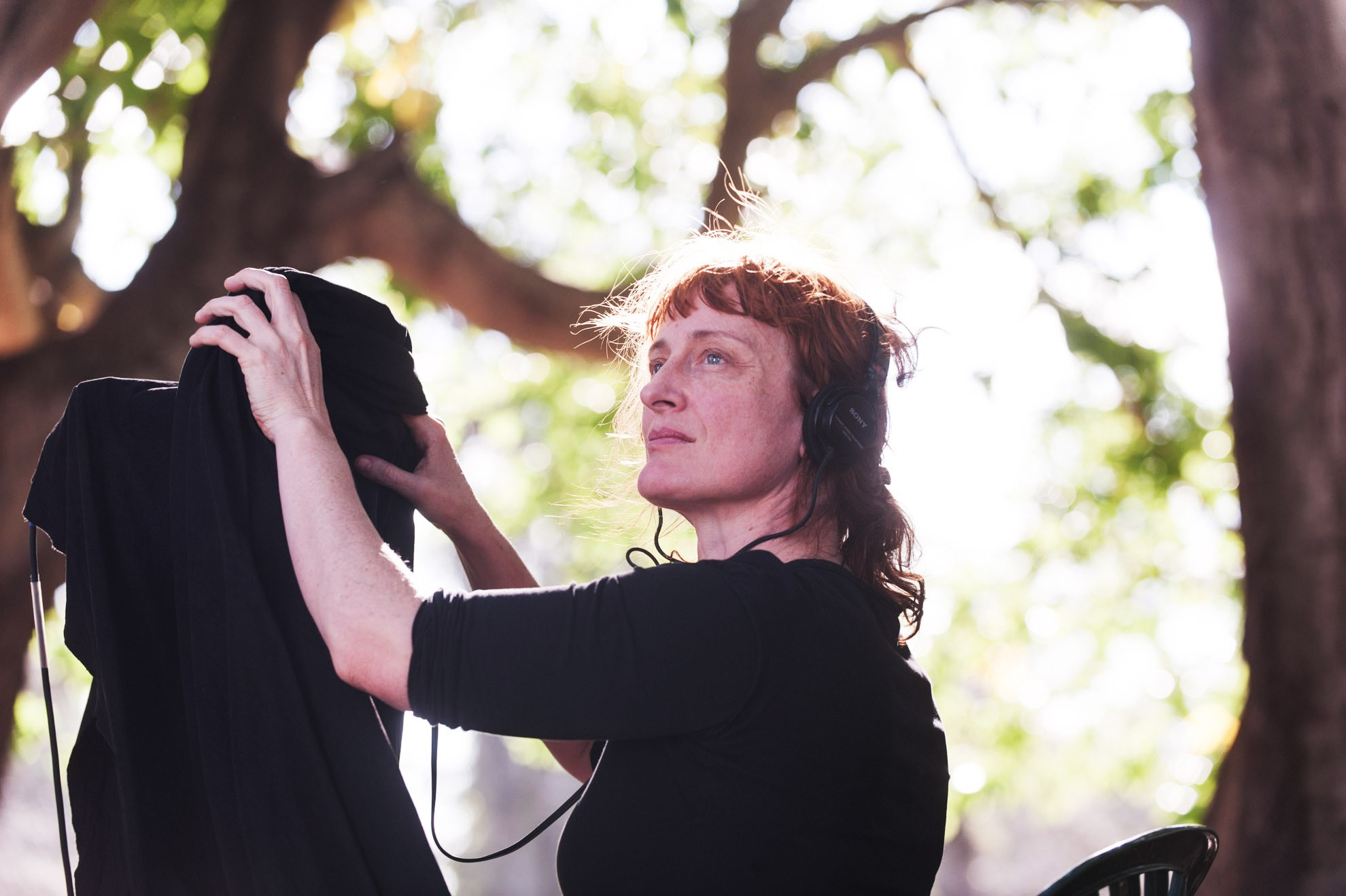 Horror has always had an easy relationship with allegory, so much so that zombies ambled off into their own cottage industry and have come to represent everything from unfettered capitalism to technological paralysis. At their best, these films invite self-examination and interpretation, which is a huge part of the appeal for any director. “There are movies where horror is just horror for horror’s sake, but sometimes supernatural things can become a key to push you out of a certain way of experiencing and seeing,” says Ana Lily Amirpour, whose visually stunning vampire film A Girl Walks Home Alone at Night, much like next year’s cannibal-adjacent The Bad Batch, defies easy categorization. She cites unusual cinematic menaces, like the Wheelers in Return to Oz and The NeverEnding Story‘s “The Nothing,” as inspiration. “The character [of the vampire] is more like a tool to open up other aspects of humanity, like loneliness and alienation,” she says.

Kusama’s previous effort, 2009’s Jennifer’s Body, which starred Megan Fox as a literal man-eating cheerleader, was a female-friendship story (penned by Diablo Cody) masquerading in the gory tradition we’ve come to expect from the genre. The Invitation, on the other hand, which reunites an estranged couple for an intimate dinner party with friends, is miles away in tone and substance from slasher classics like Friday the 13th, and orbits more sophisticated fare like Rosemary’s Baby. “We often use the word horror in a semi-derogatory way, but asking the audience to engage in the question about what direction a character might take – that’s often times where horror resides,” says Kusama. Even though The Invitation will be best remembered for its chilling final scene, at heart it’s about the aftermath of loss, which is what drew Kusama to Phil Hay and Matt Manfredi’s script in the first place. “I understand the mechanics of grief within my own life, and I wondered what it would be like to organize a catastrophe movie around the effects of not dealing with your grief,” she says.

For producer-director Roxanne Benjamin, confronting the sort of pathos Kusama describes is one of the genre’s most thrilling possibilities. “I like looking at what makes people afraid, and I want to see stories told by women because I want to know the things that keep them up at night,” she says. Benjamin produced the popular low-budget anthology series V/H/S and recently made her directorial debut this year with another anthology, Southbound. Her chapter concerns a female rock band that gets stranded in the middle of nowhere only to be rescued by sinister strangers. “What if it’s your feeling of guilt, rather than being actually guilty, that traps you in a place?” Benjamin says by way of explanation.

“Besides the fact that I just love genre to begin with, I knew there was an audience there who wouldn’t be put off by something crazy coming out of a woman’s vagina.” – director Leigh Janiak.

In their exploration of fear, oftentimes via nuanced characters, these movies offer fresh perspectives on well-trod territory consistently worthy of our terror – adolescence, motherhood, marriage. “The problem with a lack of diversity in storytelling is our worldview narrows because of it,” says Kusama. “The stories that answer this call need to be made in order for us to understand how much we needed them.” Director-cowriter Leigh Janiak’s 2014 sci-fi thriller Honeymoon takes a familiar premise – a newlywed husband wonders how well he knows the woman he just married – and turns it into the stuff of nightmares. “The trick of horror is that you can be telling a story that is commentary, whether a social or personal issue, but you can package it in a way that still feels fun,” says Janiak, who’s also directing a reboot of 1996’s campy cult hit The Craft, due next year.

On a more practical level, there’s an argument to be made that, while getting a film into production is never easy, horror is a friendlier entryway to the business, which might explain why we’re seeing an unprecedented (though hardly equal) number of women in genre. Amirpour (who, for the record, says she has not personally encountered sexism in the industry) crowd-funded Girl and was determined to make it for whatever budget resulted. She raised $70,000 before catching the attention of Elijah Wood, who helped bring more producers on board.

Since the appetite for scary movies is insatiable, big names and budgets aren’t essential to luring people into the theater or attracting an at-home viewership. Benjamin also notes that “horror fans are the best, because they’re ready to love the movie,” which enables experimentation in ways that a mainstream Hollywood release never could. “Besides the fact that I just love genre to begin with, I knew there was an audience there who wouldn’t be put off by something crazy coming out of a woman’s vagina,” says Janiak.

Of course, women have never been absent from horror. Halloween , the Rosetta stone of modern slasher flicks, was co-written and produced by Debra Hill; feminist author Rita Mae Brown penned 1982’s gorefest The Slumber-Party Massacre, which was directed by Amy Haden Jones; future Oscar-winner Kathryn Bigelow’s cut her teeth on the 1987 vampire-film classic Near Dark; and producer Jenn Wexler (The ABCs of Death 2) traffics almost exclusively in horror, to name only a Stateside few. But considering that women filmmakers have often been out-shadowed, outnumbered, or overall thwarted in their ability to get behind the camera in a largely male-dominated industry, the scales still seem imbalanced even in the comparatively female-friendly world of genre moviemaking. 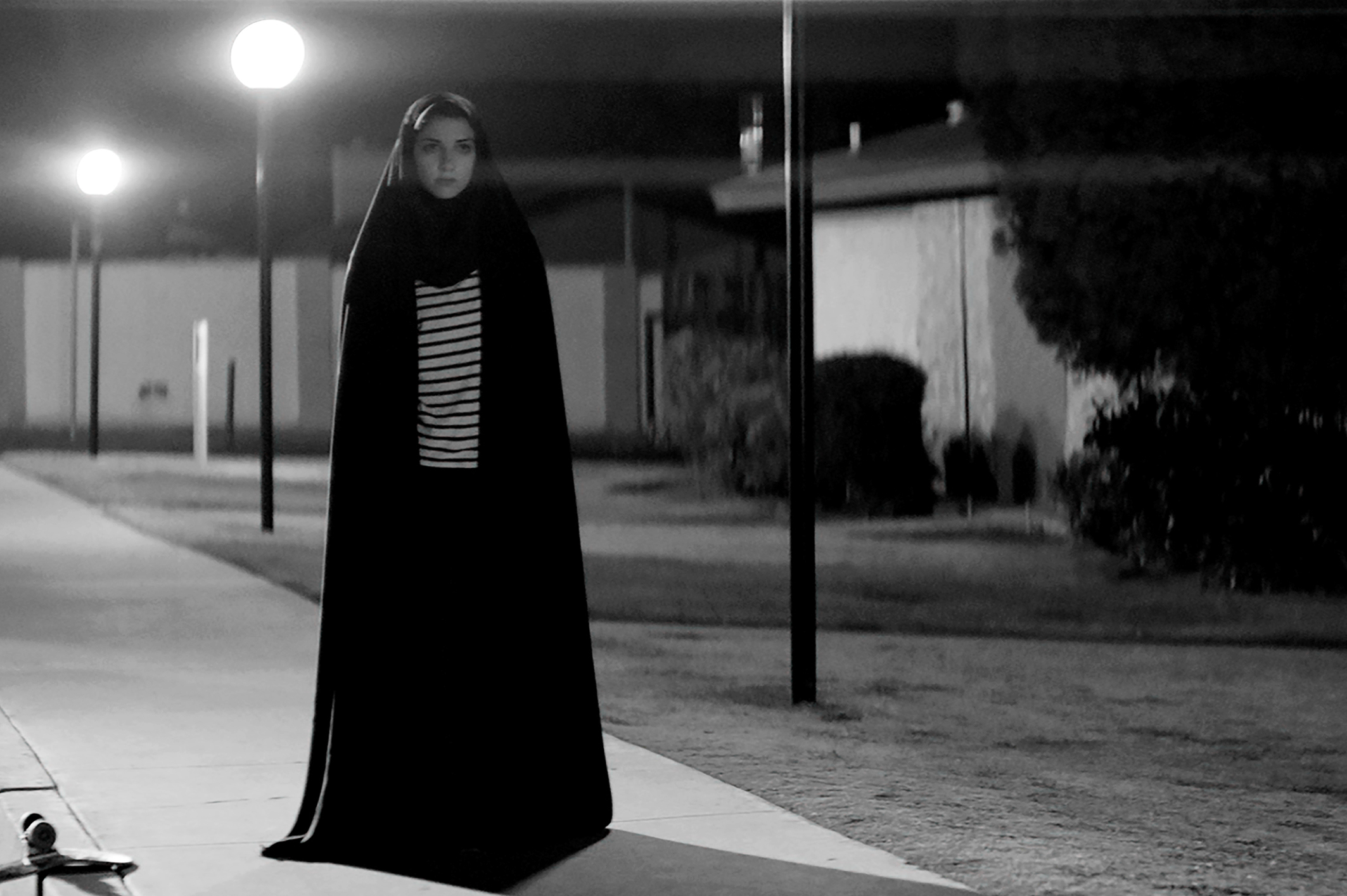 Very slowly, the industry appears to be correcting itself. Multi-hyphenate Mark Duplass, who co-wrote and produced wife Katie Aselton’s 2013 thriller Black Rock, made sure seven of the 12 directors of his upcoming genre-spanning HBO series Room 104 were women, including The Midnight Swim‘s Sarah Adina Smith. “It’s an area that has been populated by white dudes for so long that if you use the grab bag approach, you’re grabbing a bunch of white dudes,” he says. “You have to be a little more curious.”

And next year Magnet Releasing, the genre arm of Magnolia Pictures, plans to release the all-female horror anthology XX, featuring a chapter written and directed by Kusama and a Benjamin-produced segment by singer/multi-instrumentalist Annie Clark, aka St. Vincent. (The other filmmakers include Jennifer Chambers Lynch, Sofia Carrillo, American Psycho‘s Mary Harron and RS contributor Jovanka Vuckovic.) “We found ourselves hungry for female voices, and if we felt that way, audiences probably do too,” says senior vice president of acquisitions John Von Thaden.

“Horror [is] the expression of violence that you feel inside of you – and it’s important we recognize that women feel violence and anger as well.”
– director Julia Ducournau

“I don’t like the idea of ‘female’ being any indicator of the art that is within,” says Clark, who has yet to brave The Exorcist and instead cites Michael Haneke and Todd Solondz as inspirations. “But at the same time we exist in world that tries to marginalize half of the population.” (She describes the chapter she cowrote and directed as Weekend at Bernie’s meets Mike Leigh’s [play] Abigail’s Party. “I might have accidentally made a dark comedy,” she adds, laughing.)

Obviously, none of this is to say that men don’t make smart, scary movies with empowering characters or feminist undertones (Neil Marshall’s The Descent immediately springs to mind), or that female directors are obligated to concern themselves with issues of representation. “I really don’t think race, gender, and this stuff is as big a factor as people want it to be,” says Amirpour, who was inspired to cloak her vampire in a chador after traveling from Los Angeles to her parents’ native Iran and admiring the garment’s bat-like quality. “I’m getting forced to think about it because people like you are thinking about it.”

At the very least, if these movies are any indication, the future looks promising, and the genre will keep expanding to include many more, creative voices. “It’s only the start,” says Ducournau, whose next movie is about a female serial killer. “I really hope nobody thinks this is just a trend or something. That would be horrible.”