It starts loudly and violently, with a masked burglar bounding into a woman’s house, knocking her to the floor and raping her. The scene is brutal but swift; thankfully, it largely happens out of frame. When the same incident is later repeated onscreen a second time, it’s more explicit. This time, the woman – her name Michèle Leblanc – retaliates with full force, smashing her attacker’s head into a bloody, gooey pulp. Over and over and over again. Shock cut back to the victim, daydreaming serenely with her cat, a small, wistful grin on her face. The audience exhales; there may even be laughter. You suddenly realize that absolutely anything is possible from this point forward.

'Showgirls': Paul Verhoeven on the Greatest Stripper Movie Ever Made

Welcome to Elle, the latest movie from Dutch filmmaker Paul Verhoeven (it opens in the U.S. today), which follows a victimized woman who refuses to play the victim and proves that the 78-year-old has not exactly mellowed with age. Given that this comes from the director who once gave us the upskirt aesthetic of Basic Instinct, outlandish things will happen – an ex-husband gets a face full of mace, there are impromptu dick inspections, and various body parts are ruptured by weaponized household objects. And this heroine being a Verhoeven protagonist who’s played by the fearless French actor Isabelle Huppert, she’s pretty much the nasty woman of your dreams – smart, sly, and way more complicated than you can even imagine.

“As you know, I’ve made movies that basically nearly destroyed me,” he says. No one could claim that the man behind the queasy sleaze of Showgirls, the sleek ultraviolence of RoboCop, and the who’s-zooming-who fascist satire of Starship Troopers has ever played it safe, and Elle was no exception. Attempts to make the film in Hollywood were roundly rebuffed, according to the director, because no major actress would attach herself to the controversial material. “It has a lot to do with agents and managers saying this is not good for your career,” Verhoeven declares. “That’s the system, that’s the culture.” So he went back to Europe, where he could collaborate with a kindred spirit. “I never have that kind of reticence,” Huppert adds. “I don’t see the problem. For me, it’s just a great role – and that’s it.”

Their daring paid off. With Elle, the 78 year-old Verhoeven finds himself less besieged than revived. After debuting at Cannes in May, the movie has received some of the best reviews of his career, as well as awards-circuit buzz for both the movie (it’s France’s submission for the Best Foreign Film Oscar) and Huppert’s performance. But don’t let the hosannas fool you: This B-movie in prestige-pic clothing is plenty audacious. Out of Cannes, the Guardian and other publications dubbed the film a “rape revenge comedy” – a label that both the director and the star have been trying to distance themselves from ever since. 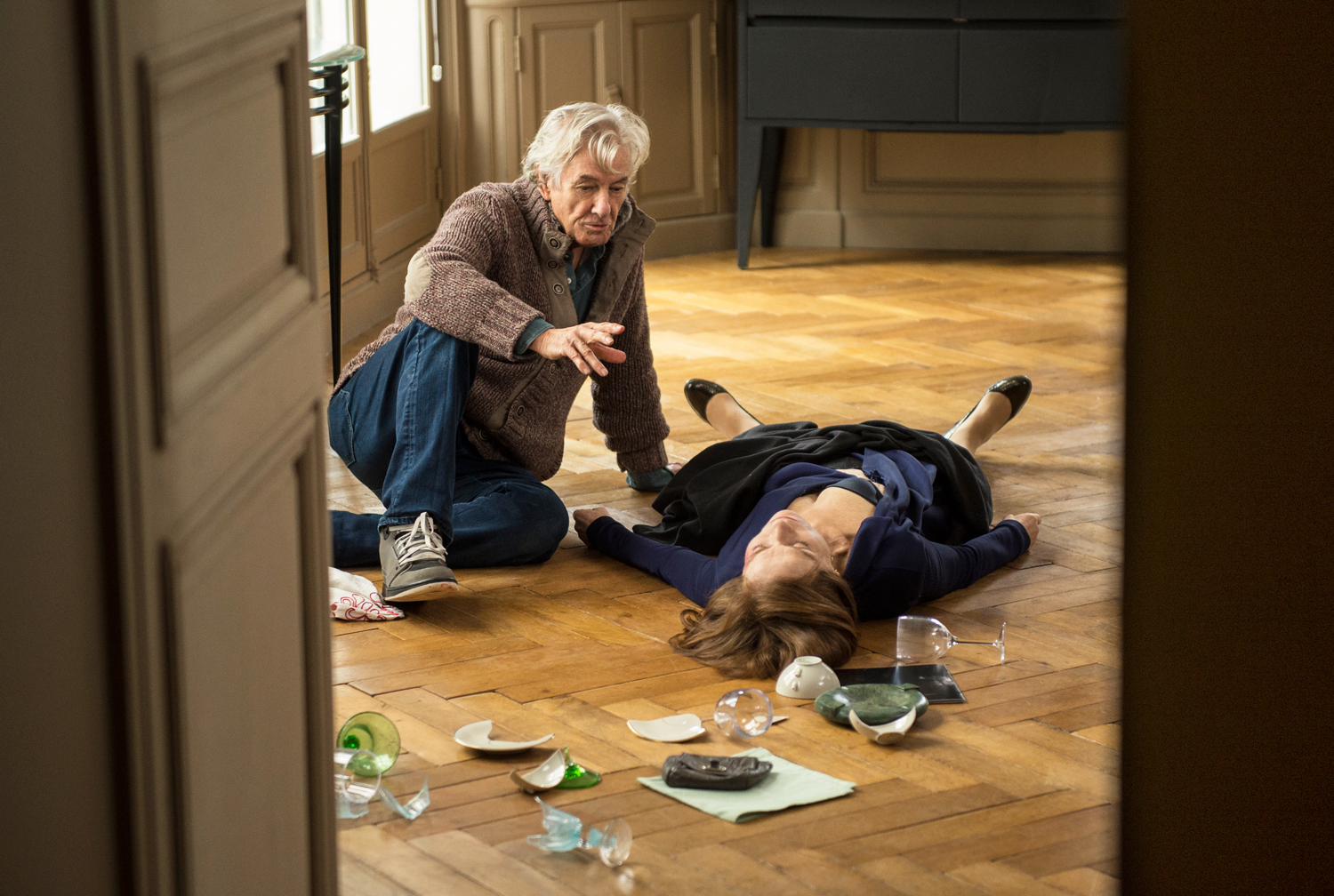 “I wouldn’t say it’s a comedy,” Huppert says. “I’d rather say it’s also a comedy, which doesn’t exclude the film from being many other things. Because it is so often funny, you see the depth and the darkness of the film even more. Everything is more lit up in contrast. It’s like Chekhov – a black comedy, a human comedy.” It’s telling that most of the humor in the film is generated by Huppert’s Michèle, who’s not making light of her situation so much as enduring tormentors and fools as resiliently and good-naturedly as possible. Her son is hapless and needy, her ex-husband is a skirt-chasing cliché, even her cat just sits and watches her defilement. “From the beginning I felt this woman should never cry,” the actor says. “She has no apparent emotional reaction to whatever happens to her. She keeps moving on, no matter what. And yet I think the miracle is that you still end up with a touching character.”

Michèle’s complexity was a central point of interest for Verhoeven, who talked of being newly intrigued by the messy motivations and deep psychology of a single character, after a career’s worth of goosing broader targets like society and morality. That this father of two grown daughters was drawn again to a strong female protagonist shouldn’t be surprising either. “It’s clear my favorites in this movie are women,” he says, glancing at his star. “And in general.”

Huppert also complemented the script, in which David Birke adapted Philippe Djian’s 2012 novel Oh…, speaking of how “it was subject to anybody, and to me in particular, to push it in any direction,” she says. The result was a reflection of “the way I like to see situations – and the way that Paul allowed me to see situations. With a little sense of irony.”

Both director and actor sounded a bit surprised, if clearly pleased, by the hearty ovation for the previous night’s U.S. premiere. There had been some pushback in Cannes and Toronto, but they’d braced for a different level of scrutiny in the States, where the current discourse around sexual assault might not cotton to something as politically and psychologically knotty as Elle‘s narrative. “It’s weird, the coincidence of American politics at the moment with the release of this movie. Now we’re connected in a strange way to what’s [been] happening,” Verhoeven says, referring to the wave of sexual assault and harassment allegations preceding Donald Trump’s election. “I have no idea if this is damaging or uplifting, or if people are willing to look at the movie in the right way.”

Still, for both Verhoeven and Huppert, that lack of firm grounding beneath the film, in terms of genre, psychology, morality, and character, is what made the whole thing so irresistible in the first place. “I have a feeling it’s liberating for the audience – that they are confused,” the director says. “This movie tells you exactly nothing. It doesn’t take any position. I think that’s why the audience can laugh. They feel it’s permissable to laugh.”

“Losing your grip on the situation can be pleasant,” he adds.