Not even the desert winds of the planet Arrakis can match the heat around the long-anticipated arrival of Dune, director Denis Villeneuve’s adaptation of Frank Herbert’s landmark 1965 science-fiction classic. Staring Timothée Chalamet as the young nobleman Paul Atreides, Zendaya as his love interest Chani, Oscar Isaac as his father Duke Leto, and Jason Momoa as his mentor Duncan Idaho, this new version of the old classic has weathered the pandemic storm to finally arrive in theaters (and on HBO Max) on October 22nd. But while Herbert’s dense worldbuilding and inventive jargon has made the book a bestseller since its inception, it can be a notoriously impenetrable work — especially when it comes to adapting its long, winding story for the screen.

Don’t know your Baron Harkkonen from your Bene Gesserit? Don’t sweat it: Our quick and dirty guide to Dune will get you up to speed.

The Setting
Dune takes place thousands and thousands of years into humanity’s future, by which time humans have spread throughout the known universe. But our colonization of the stars wasn’t easy. Some 10,000 years prior to the events of the story, a massive holy war against artificial intelligence known as the Butlerian Jihad saw all forms of “thinking machines” wiped out.

Several specialized orders of mental superhumans arose in the wake of this anti-computer crusade: the Mentats, specially trained geniuses with brains that outmatch even the most advanced AI; the Bene Gesserit, a secretive sisterhood of women who work to ensure humanity’s continued progress under the guidance of their near-telepathic Reverend Mothers; and the Guild Navigators, mutated beings whose powers enable the ships they guide to travel through space.

Rebecca Ferguson as Lady Jessica, member of the Bene Gesserit.

Crucial to everything from the Bene Gesserit sisters’ mental abilities to the Guild Navigators’ space-folding powers, however, is a substance known as “the spice” or “the spice melange.” This mind-altering substance is excreted during an early stage in the life of gargantuan subterranean creatures called sandworms, and is found on only one planet out of the tens of thousands inhabited by humans: the desert world of Arrakis, a.k.a. Dune. This makes control of Arrakis absolutely crucial to the universe’s balance of power. (If you’re picking up parallels with the oil-rich lands of the Middle East, you’ve got the gist of it.)

And by the time of Dune’s events, that balance of power is dangerously out of whack. In addition to powerful organizations like the Guild and the Bene Gesserit, the universe is governed by various noble Houses who assemble in a body called the Landsraad, nominally under the rule of the mighty Padishah Emperor. While the Emperor uses his deadly shock troops, the Sardaukar, to maintain order, rival houses jockey for power behind the scenes.

For those of you who had trouble keeping up with Game of Thrones’ sometimes complicated House system, don’t worry: In Dune, there are only three Houses worth noting: House Corrino, the hereditary rulers of the Imperium; House Atreides, the nobles who comprise the story’s good guys; and House Harkkonen, the Atreides’ deadly, sleazy arch-rivals. 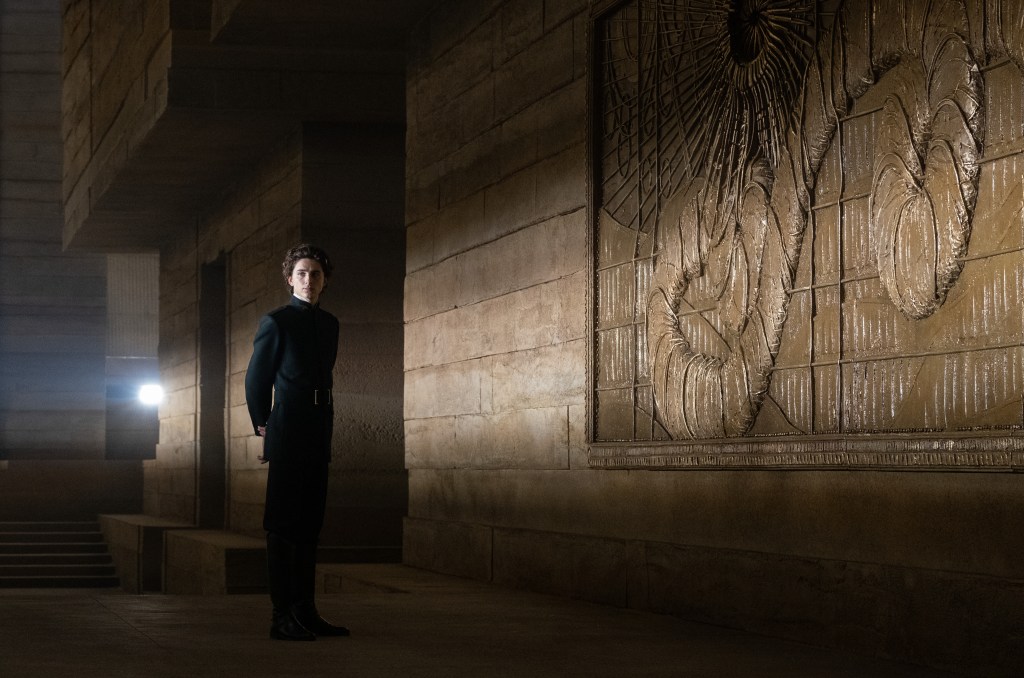 The Story
When Dune begins, we’re centuries deep into the Bene Gesserit’s special breeding program, in which the sisters control who mates with whom and what offspring they produce. Their goal is to eventually create a messianic figure known as the Kwisatz Haderach. This scheme has been rocked by the decision of one of their members, Lady Jessica, to bear her lover Duke Leto Atreides a male child, instead of an officially sanctioned female.

That child is now a young man, and the saga’s primary hero: Paul Atreides. He’s been receiving training in various mental and physical disciplines on House Atreides’ homeworld Caladan from his father’s Mentat, Thufir Hawat; his “Warmaster,” Gurney Halleck; and his “Swordmaster,” Duncan Idaho.

But even as Paul begins to manifest extraordinary powers — think prophetic dreams and incredible pain tolerance — House Atreides’ enemies are conspiring to bring the Duke down. In an offer that Leto can’t refuse, the Emperor grants his family control of Arrakis. It’s too lucrative an opportunity to turn down. But it’s also very clearly a trap meant to draw House Atreides into the crosshairs of the evil Baron Harkkonen and his goonish nephew, the Beast Rabban.

Without going too deep into spoiler territory, the trap is eventually sprung, leading to House Atreides’ catastrophic defeat. Paul is forced into hiding among Arrakis’s native population, the indigenous desert nomads called the Fremen. Endowed by the Bene Gesserit’s millennia-long propaganda program with fervent belief in a messiah figure, they take Paul in as one of their own. A romance with a Fremen woman named Chani and universe-shaking shenanigans ensue, as an all-out war for control of Arrakis and its spice breaks out, with Paul’s burgeoning mental powers at the center of it all. 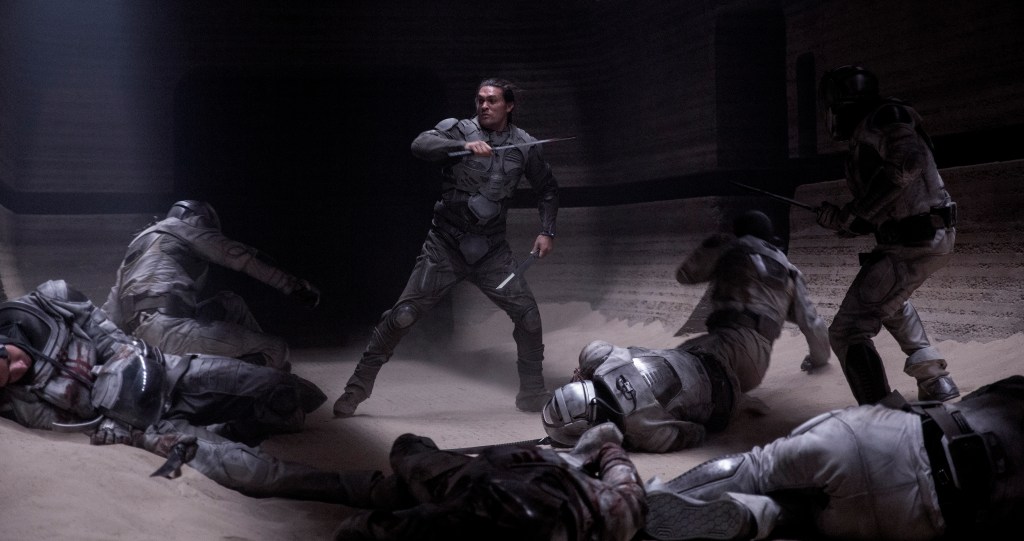 The History
Originally serialized in the seminal science fiction magazine Analog, Frank Herbert’s epic was an immediate sensation upon its publication as a standalone novel in 1965. Driven by the author’s keen interest in ecology, sociology, and messianic religions, it won both the prestigious Hugo Award and the very first Nebula Award for Best Novel.

Herbert would follow Dune with five sequels: Dune Messiah, Children of Dune, God Emperor of Dune, Heretics of Dune, and Chapterhouse: Dune. His son Brian and sci-fi author Kevin J. Anderson would keep the spice flowing with their own series of Dune novels decades later.

There’s been a long and troubled saga of adaptation attempts since its original publication, however. Throughout the 1970s, a who’s who of sci-fi luminaries and cinematic cult figures — including Holy Mountain filmmaker Alejandro Jodorowsky, Planet of the Apes producer Arthur P. Jacobs, and Alien director Ridley Scott — have tried to get a film version off the ground. Nothing succeeded until David Lynch’s big-budget would-be blockbuster debuted in 1984; after extensive edits exercised by producer Dino De Laurentiis drastically altered the Eraserhead director’s vision for the movie, Lynch had his name taken off that cut of the film. His vision for Herbert’s masterpiece still makes for fascinating viewing, however, despite the producer’s disappointment that the director did not deliver the second coming of Star Wars.

A pair of well-received adaptations spearheaded by writer John Harrison, Dune and Children of Dune, aired on the then-SciFi Channel in the early 2000s. Directors Peter Berg (Friday Night Lights) and Pierre Morel (Taken) were associated with subsequent attempts at a feature-film version of the book, before Blade Runner 2049‘s Denis Villeneuve took the reins and has finally given us a new Dune for the big screen. (And the small one — this is still a pandemic, after all.) The question now is: Will he succeed at making this strange, special story a smash success where so many others have failed?