This is Sopranos creator David Chase, summing up why he was so excited to make The Many Saints of Newark, a Sopranos prequel film that will be released in theaters and on HBO Max on October 1st. Chase spent nearly his entire career in television, writing for classic dramas like The Rockford Files and Northern Exposure before revolutionizing the industry with his story of a depressed New Jersey gangster and the goons and goomahs that surrounded him. But the entire time, he dreamt of making movies. The Sopranos, in fact, began as a film idea, and while directing the pilot, Chase fantasized that HBO would pass on the series so he could expand it to feature length and take it to Cannes.

'Sopranos' Episodes to Watch Before Seeing 'The Many Saints of Newark'

All in the Family: Meet the Stars of the 'The Many Saints of Newark'

Finally, Chase is getting his wish with Many Saints, which is set between 1967 and 1971. The story centers on Dickie Moltisanti (Alessandro Nivola), the doomed father of Tony’s “nephew” Christopher, and young Tony’s relationship with his “uncle” Dickie.

“I was always interested in ‘Who was this guy?’ ” Chase says of Dickie. “I had interest in him as a character, and Christopher’s father, the whole story. That Christopher had a father. When Larry [Konner] and I sat down and started to write, we said that we wanted to have it be about a dynamic character. We had to get another Tony. And out of the history of the show came Dickie. A mean, tough guy.” 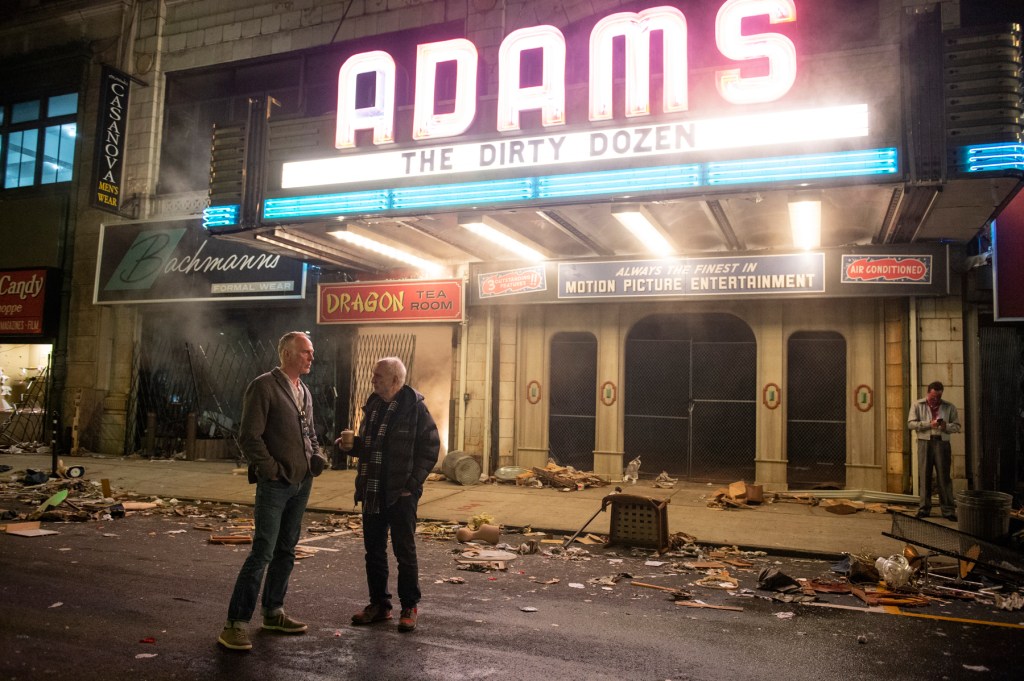 Chase, right, on the set of ‘Many Saints’ with director Alan Taylor.

In a long and characteristically blunt conversation at the Roosevelt Hotel in Hollywood in July — the latest edition of the Rolling Stone Interview — Chase talked about the unexpected journey of bringing back all these characters, casting James Gandolfini’s son Michael as the teenage Tony, whether Many Saints might be the first of several Sopranos films, and much more.

Read on for an excerpt, or jump right into the video above.

When did you realize that you actually did want to make a movie?
Oh, it was gradual. In the second season of the show, I think, the Writers Guild arranged for me to be interviewed by [Oz creator] Tom Fontana. Tom said that he thought it would be interesting to do a story in Newark in the old days, of Johnny and Junior. And that appealed to me, because my mother comes from Newark at that time. My parents met in Newark at that time. I used to go down to the Italian section of Newark with my mother. Every Saturday, she dragged me down there while she shopped for Italian food, groceries. So that appealed to me, and I never forgot it.

Beyond your personal experience, what attracted you to the time period of the late Sixties, early Seventies for this story?
It was when mobsters used to dress well. Before tracksuits and all that. I guess that was maybe the highlight of the Mob, in those days, before drugs and before the RICO statutes.

Had you ever approached Ray Liotta about being on The Sopranos?
I did. I took a train trip all the way down to Richmond, Virginia, to talk to him to play Ralphie, I believe it was, and he passed.

How does it feel to finally get him in a Sopranos project after all this time?
Oh, it’s great. And to watch him work, what he does is so fantastic. I’ve always been a Ray Liotta fan. I was mesmerized by him in his first big movie, Something Wild. I remember that turn in the last act, when all of a sudden he starts kicking the shower door down. I said, “Boy, that guy’s dangerous.”

When did you first start thinking about the idea of having Michael Gandolfini play the teenage Tony?
Right away. Mostly because he looks like his father, and moves a little bit like him. He is his father’s son. So for a movie that’s supposed to be the same character, I thought, that would be the best.

When Michael started really capturing the essence of that character, what did that feel like to you, having been there when Jim played that role?
Well, it felt miraculous. And sometimes when things are miraculous or astounding, you start laughing, because it’s so incredible. But I remember looking across the room at the table read. And he was sitting there like this [re-creates adult Tony’s suspicious posture], and it wasn’t his scene. He was doing this thing and I thought, “Holy shit. That’s incredible.”

Due to the bizarre circumstances of the past 17 months in our lives, the movie will be premiering on HBO Max at the same time that it’s in theaters—
[Sarcastically] Isn’t that wonderful? I consider that … What’s that word from The Godfather? “Infamnia!”

What are you hoping for the audience’s response to the film to be?
Well, I’m hoping that a lot of people go to see it. I couldn’t say anything more than that. If they don’t, they don’t. I have had arguments with the studio about things that they want, because it’ll put butts in seats, as they say, that I just don’t want to do and won’t do. It’s unfortunate for Hollywood and for major studios that their business happens to contain an art form. I have no sympathy, and if they wanted that not to be the case, they should’ve gone into the shoe business.