Craig Robinson rose to prominence playing smooth, laid-back guys – soulful warehouse worker Darryl on The Office, romantic crooner Nick in Hot Tub Time Machine, a slightly-tweaked version of himself for This Is the End. But these days, he’s nothing but go-go-go hustle. On Friday, he lends his dulcet tones to a foulmouthed, pot-smoking box of grits in the deranged animated comedy Sausage Party. Next week, he switches his style up with an uncharacteristically heavy turn in Morris from America, a coming-of-age indie about an African-American kid living in Germany (and which helped Robinson win a Special Jury Award at the Sundance Film Festival in January). And he’s currently bringing menace to Mr. Robot‘s sophomore season, playing a mysterious new figure in Elliot’s life linked to a Silk Road-type black market site.

In the midst of a career month, Robinson took a moment for a phone call with Rolling Stone that spanned the ins and outs of parenting, the shape of hip-hop to come, the racially problematic origins of his Sausage Party character and, of course, whether Donald Trump might be Satan on the down-low.

Then in a movie like Morris From America, which is centered around fatherhood, how do you go about capturing an experience that most parents say you’ve got to live through to understand?
Well, I have a father. There are a couple things I could point to that I got from him. My parents did the whole good-cop/bad-cop thing — Dad was the bad cop and Mom was the good cop. I remember my father saying, “I’m his father, not his friend.” That kind of stuck with me. Then along comes this script, where the father’s toeing the line between fatherhood and friendship. I found that very interesting, trying to figure that out.

It was somewhere different for me to go with this whole acting thing. I started to dig deep and look at my relationship with my family, nieces and nephews, kids I’ve worked with. I’m not a parent, but it’s about building on that care and concern. When I was a schoolteacher, my principal said: “Every parent is doing the best they can.” That’s what I was trying to keep in the back of my mind.

The idea of a father also being a friend is kind of a recent shift. You think parenting has changed over time?
There’s definitely a difference. Look at the laws: you can’t spank a kid without getting in trouble. That kept me in line!

Your parents whupped you?
Yeah! It wasn’t too bad. For stuff like grades, not doing as told — cleaning up, got it for that a lot. 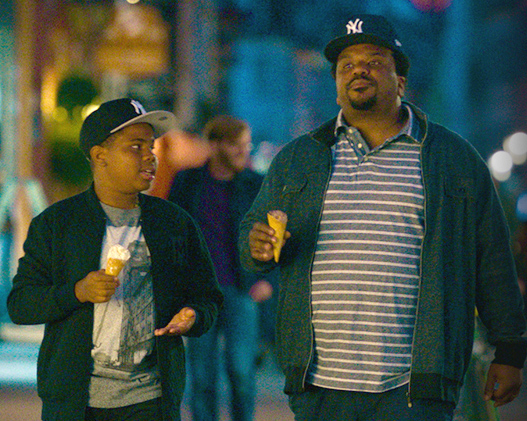 You mentioned this was a different sort of role for you — but did your background in comedy give you a foundation for this character?
One hundred percent. Being on The Office prepared me for drama. Comedy got me ready, but once you get down to it, they’re two sides of the same thing. I mean, the delivery has to be different — in drama there’s more time to breathe, and comedy’s all about hitting the joke. But they’re not too far apart.

I never wanted to do just one thing. There’s even other things in comedy that I want to do. For me, it’s always been that I have to have the vision first. I’m glad somebody else can see it enough to trust me with a role. It’s cool any time someone says, “I believe you got this, I saw something in you that says you can do what I need you to do.”

Do you think comedic work, critically speaking, is less respected than dramatic performances?
There aren’t a lot of Oscar-nominated comedies. Are they less respected? Maybe. But we need them both; you can’t have one without the other. I was talking to an Army cat who was wounded in Afghanistan, and he told me all he had was aspirin and Hot Tub Time Machine — that’s what got him through! It blew my mind. What could be better than to know you’re cracking up someone when they need it the most?

Morris and his dad talk a lot about the generational divide in hip-hop. As rap goes, do you agree with your character that they don’t make ’em like they used to?
Definitely. Music is music, it’s gonna do what it does, but I think things are cyclical. I think it’ll come back around to the classical ways, or maybe not. I keep it old school, I don’t listen to a whole lot of new stuff. I’m all Earth, Wind & Fire. I just downloaded Mystikal’s “Hit Me.” I’m not as current as some folks, but I do like this kid Chance the Rapper — he’s amazing.

So, about Mr. Robot — did you do a lot of research on the Silk Road before getting started?
Yeah, I read about the criminal case. That’s a lot to digest, man. It’s compelling, but a lot of it’s disgusting. The darker side of the Internet feels unbelievable, but you know it’s there. My character — I gotta tread lightly on this — my character is terrifying. I don’t think he likes dealing with unpleasant stuff, but he’s a businessman. That’s all I can say. 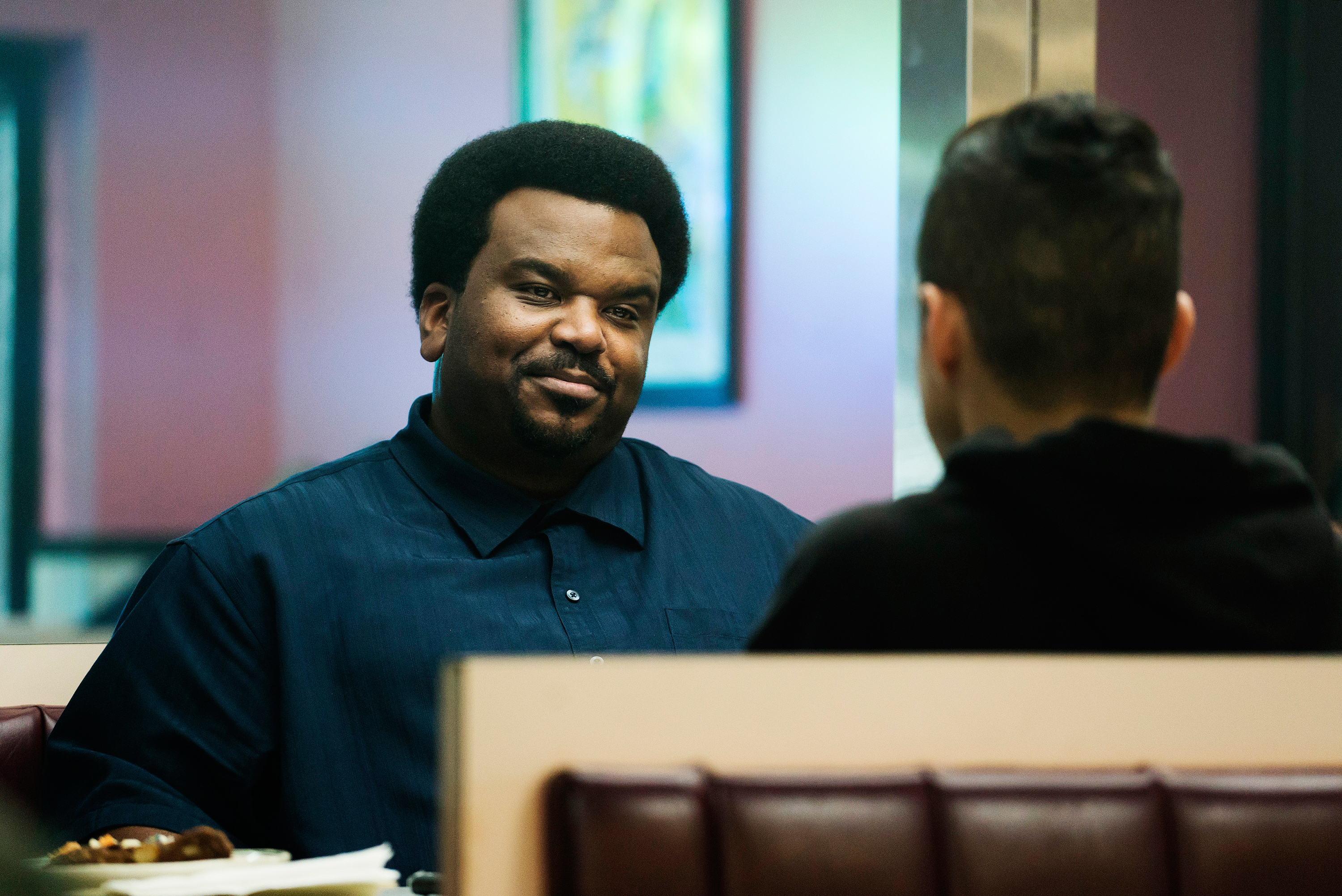 Let’s talk about Mr. Robinson, your sitcom that got cancelled last year. Was that at all discouraging for you?
It was a great experience. It was a dream come true, and not only to have a show with my name on it. As I’ve been working in Hollywood, a lot of times you’ll see people who know each other — friends who got each other jobs, I mean — and I wanted to be on a set where I could hire people. I had my band on there. I could get people I know and love work.

The cancellation came, and of course I was like, “Aw, man.” You know, I’m fine. But it was one of those things where you have the ratings, and that’s what you think it’s all about. We got the ratings, then it was wait, wait, wait — and then nothing. Some people loved it, and that’s what matters. I’ve met people who ask when it’s coming back when I’m traveling.

You’ve got a bit part in Sausage Party and your character was originally named “Uncle Tom’s Rice.” It was then changed to “Mr. Grits,” though that still draws from outdated and specifically black stock characters. Did that give you pause at all?
Oh, yeah, there was a lot of pause with the rice. I was just glad when the character changed. It’s, uh, yeah. Definitely some pause on that. Uncle Tom’s Rice … not a good look.

Do you ever think back to when you were playing keyboards in live shows, doing small venues, and wish things were that simple?
I’ve got some fond memories. Every once in a while, I’ll pop in somewhere and do something like that. I enjoy the chance to do smaller things, like [indie comedy] Rapturepalooza. There’s more breathing room. Each project, though, has to make me feel like I’m at the gym, getting better, flexing. That’s what guides me.

Earl Gundy, the character you played in Rapture-Palooza, was a power-hungry politician who turns out to be Satan — see any resemblance to people currently involved in politics?
[Laughs] I hadn’t thought about that, but I think you’re right! Earl Gundy had this quest for power, poisoned all the bigwigs. Maybe I’ll have to watch that again.