Sorry to be so…” — long pause — “…all over the place.” Christoph Waltz isn’t a person you expect to be at a loss for what to say or unable to efficiently articulate, in crisp and clear diction, exactly what he means. Sure, the Austrian actor’s best-known characters — Inglourious Basterds‘ gleeful Nazi commandant Hans Landa and Django Unchained‘s frontier man-hunter King Schultz, both courtesy of Quentin Tarantino and both of which won him Oscars — have a tendency to be a little tangential in their conversations. But there’s almost always an ulterior motive to their meanderings, and when delivered with Waltz’s Cheshire-cat grin (it’s either ingratiating or psychotic — take your pick), they come laced with equal parts charm and menace that gets the point across immediately.

But when the 58-year-old star is asked to talk about playing his latest, somewhat less lethal protagonist — the conniving, aspiring painter Walter Keane in Tim Burton’s biopic Big Eyes — and specifically, about his initial approach when reading a new script, you can hear a bit of hesitation on the other end of the phone line. The process of spilling the beans about his process is not something Waltz relishes, but he takes a stab at it nonetheless; unsatisfied with the response he’s just given, the gentleman apologizes and starts again. He can’t seem to find the right words. Or maybe he simply doesn’t want to find them.

“There is a lot of talk about what actors do and [the] actors’ process and all this academic kind of thing, this drama-school talk,” he says. “All that shouldn’t be discussed in public. I don’t know why that’s turned into a general interest. It isn’t. The story is. The movie is. The finished piece is. How they got there is really, in my opinion, not the public’s business.”

In fact, the process of creation, and taking ownership for the result, plays a central role in Big Eyes. Waltz’s Eisenhower-era bohemian Walter is a failed artist who blithely takes credit for the paintings of his wife, Margaret Keane (played by Amy Adams), as her eerie, oddly adorable portraits of big-eyed children begin to attract attention. The more her/their kitschy work starts to become a mid-century populist sensation, the more Walter begins to slowly assert his dominance over her through intimidation and emotional manipulation. And yet, Waltz also manages to humanize this monster, portraying a ruthless con-artist forever wounded by the realization that he’ll never be the real thing — actual talent eludes his oily grip.

Waltz is five years removed from his breakthrough in Inglourious Basterds, which brought him to the attention of U.S. audiences after a steady career as a European television actor. The clout he has now can help get a low-budget project on its feet; Big Eyes had gone through several false starts — in 2008, Kate Hudson and Thomas Haden Church were slated to play the lead roles — but writers Scott Alexander and Larry Karaszewski (Ed Wood) say that Waltz’s interest was instrumental in finally propelling it forward.

“Based upon his work with Quentin, Christoph has no fear of [playing] unlikeable at times,” Alexander says in a separate interview alongside his co-writer. “He just loves having all the colors to play with. A lot of the more traditional American leading men aren’t really as brave in terms of playing [a character] who may turn out not to be as cuddly as we thought he was.”

“When we first showed Tim the script,” Karaszewski adds, he was like, ‘I can’t understand why we don’t have a hundred people lined up to play Walter Keane — this is the best character you guys have ever written.’ But what we found was, those traditional leading guys, they may play an eccentric character, but by the end of the movie, you have to feel like, ‘Oh, he’s cuddly.’ Walter is someone who gets more and more psychopathic as he goes along. Christoph understood that.”

I tell you all these smart things about how I see Walter — what does it matter? It’s not about me.

Told of the writers’ comments regarding his fearlessness, Waltz laughs, responding, “All I can say is, it’s funny that that should come from Larry and Scott, because they wrote the story.” With a self-deprecating tone, he adds, “I followed them. I read their script — but they wrote it. On one hand, everybody says that writers are not respected enough and their work is not valued sufficiently. On the other hand, the actor always tries to put himself first.” Waltz adopts an air of puffed-up pretentiousness: “‘This is my process, this is my thought process, this is my opinion.’ But whatever he thinks about the character — what his morals are, his social context, how he views the intricacies — all of that is irrelevant. The actor is there to translate what’s on the page onto the stage or the screen. So I find it important than an actor manages to actually” — Waltz lets out a sigh — “get out of the way. Vanish as a person behind the character, never to be seen or talked about again. That’s my philosophy.” 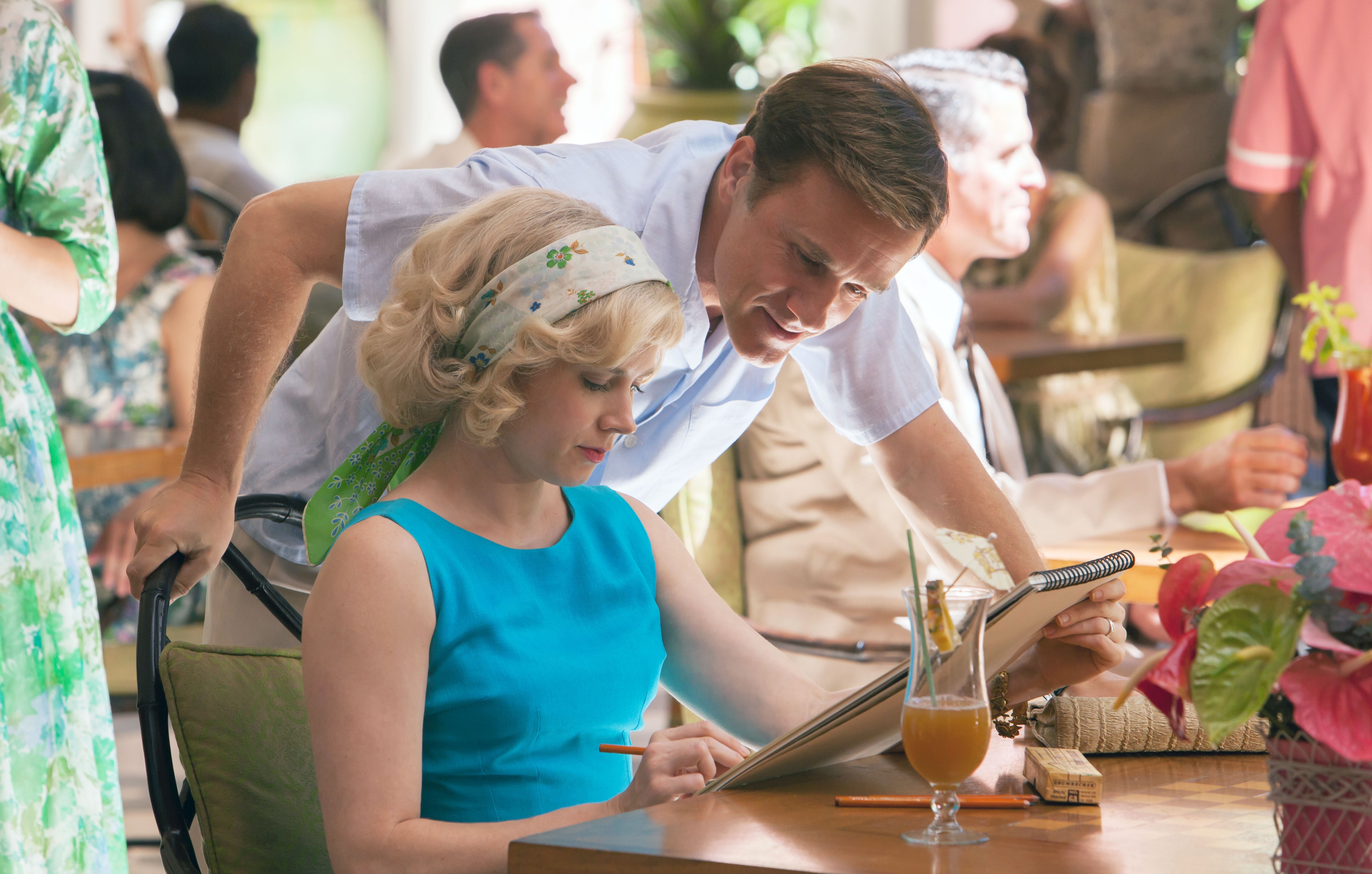 It’s a philosophy he developed while growing up in Vienna, and studying acting there and in New York, Waltz quickly determined that the character he was playing was more interesting than the perspective he had on him. Now that he’s become a celebrity, the questions about how he achieves what he achieves have multiplied substantially, which only makes Waltz want to, in his words, “demystify the actor” that much more. “I tell you all these smart things about how I see Walter — what does it matter?” the actor says. “It’s not about me.” The irony is fascinating: Walter is a man with no talent who can’t stop talking about how he “came up” with the work he’s appropriated and taken credit for. The man who plays him is an actor with incredible chops who doesn’t like discussing how he applies them to a part.

If he wants to have people focus more on the end result than the preparation, the man has his work cut out for him. Two Academy Awards and now his fine performance here will only continue to draw people to him, intrigued by how he brings such snake-like charisma to magnetic cretins. Talking about Big Eyes is a struggle, but Waltz seems to get a wry kick out of another question interviewers want to ask him lately — what his role is in the forthcoming James Bond film, Spectre. “I’m being pestered, but it’s not a big deal, because there’s not much I can be pestered with,” Waltz says, laughing. “They ask, ‘Can you tell…?’ And I say, ‘Yeah, I can tell you everything.’ Then they get stuck, because they don’t really have that many questions to ask. And that’s where it ends.”

Which, one suspects, is how Waltz prefers it.