There’s not much left to say about the 1996 murder of JonBenét Ramsey – but that hasn’t stopped people from talking about it. Though the brutal, unsolved murder of the six-year-old pageant queen has been a cultural fixation for more than 20 years, the anniversary last December saw a surge of books, movies, and TV series rehashing theories about who was behind one of
the most disturbing crimes of the 1990s.

While most of last year’s Ramsey-centric media offerings seemed like little more than hot takes looking for new ways to capitalize on the tragedy, Casting JonBenét, a highly stylized film premiering on Netflix on April 28th, takes a different approach in examining the case. Instead of relying on old archival footage, Australian director Kitty Green traveled to Boulder, Colorado several times over the course of 15 months to interview more than 200 local residents. “I wanted to make a film that looked more at the legacy of JonBenét Ramsey than the who-done-it aspect,” says the documentary filmmaker. “I was more interested in the community that had been living in the shadow of this for 20 years, and how they came to terms with it.”

Sundance 2017: 'Casting JonBenet' and the Age of True-Crime Entertainment

Green tackled this by creating a unique “documentary hybrid:” a combination of casting clips, emotional sit-down interviews and sometimes-cheesy, sometimes-powerful reenactments. When the actors involved in the film arrived to audition, the director says she gave them a “15-minute breakdown” of the movie’s parameters. The result is a poignant exploration of a pivotal crime, as reimagined through members of the local community.

Green, who was 12 years old when JonBenét was murdered, remembers watching lurid coverage of the case on TV every day. “I used to watch
the Brady Bunch and Full House – I had an idealized view of the picture-perfect American family,” she says. “I think this case kind of punctured that idea. I
was immediately fascinated.”

The all-American vitriol surrounding the Pageant Mom narrative was also foreign to Green, and she was surprised by how many people rushed to point fingers at Patsy. “Immediately we label her as evil, or we think she’s bipolar, or say that she
must have snapped because of all the stress in the pageant industry,” says Green. “Everyone
has these crazy theories.” 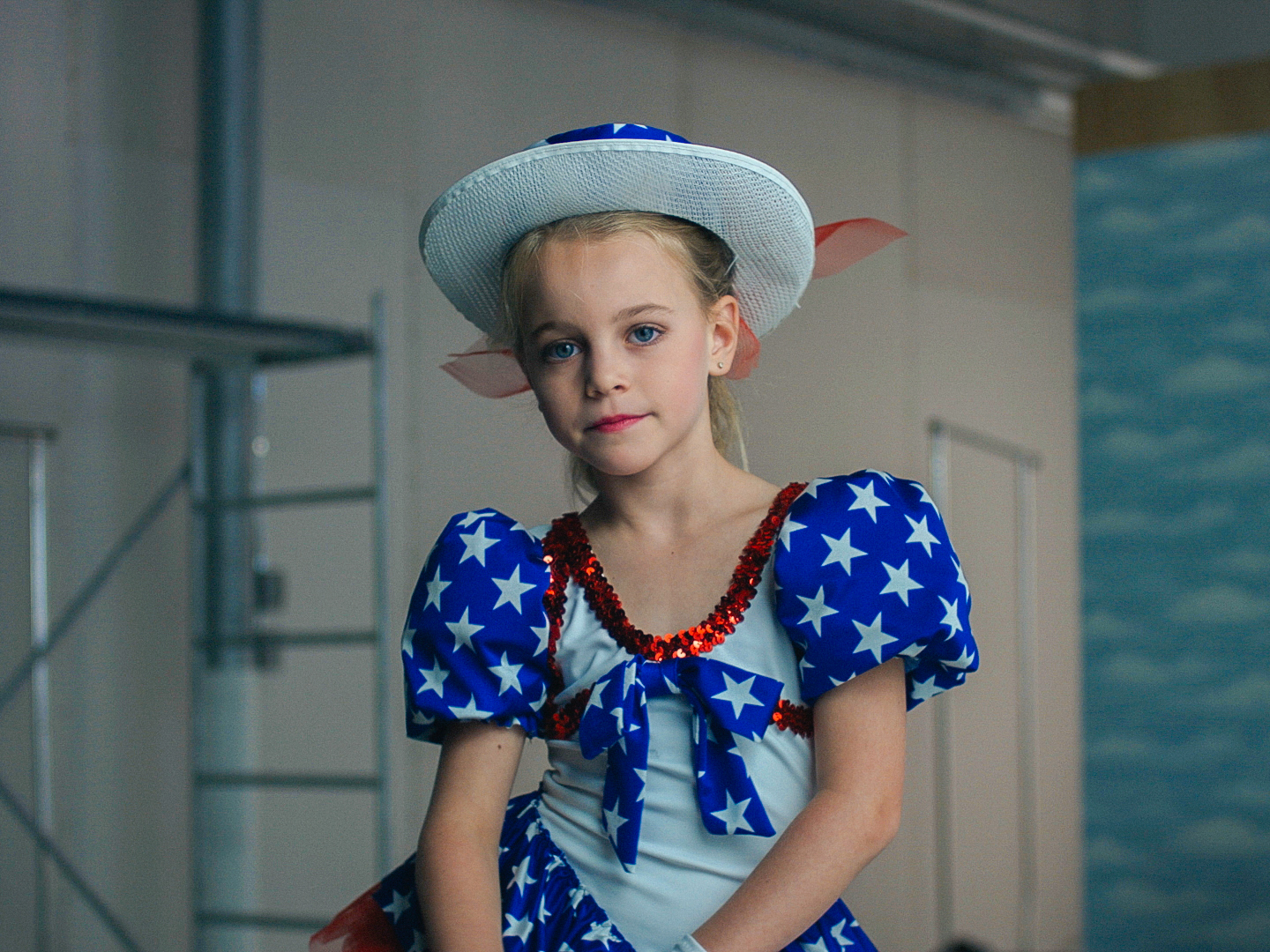 The Ramsey case also sparked Green’s interest in the human fascination to these sensationalized crimes. “We can’t let them go,” she says, “It’s been 20 years, and we’re still showing the same pageant photos of that same girl spinning around in her outfit. It’s creepy.”

After years of her own quiet fascination with the murder (“Whenever I would meet anyone from Colorado, I would ask about JonBenét Ramsey,” she admits), Green decided to take a fresh look at the case from a more personal perspective. “It’s a story about mothers and fathers and sisters and brothers, and everyone can connect to that on some level,” she says. When Green got to Boulder for the first time in 2015, she put out an admittedly ambiguous casting call. “We had a very loose, very vague sheet we sent out,” she says.

Hundreds of actors responded, but Green acknowledges that it was hard for them to understand her vision at first. “It was difficult for them to wrap their heads around what this film would be, because there isn’t anything like it [out there],” she says. “We had to ask, ‘Are you ready to jump down the rabbit hole with us?’ and surprisingly, most people were happy to go along with it.”

Suzanne Yazzie, one of actors who showed up for the role of Patsy Ramsey, recalls her audition as unconventional. “When I arrived, Kitty gave us the spiel about what they were trying to do: get people’s reactions to this sensational tragedy,” Yazzie says. “She said to just start talking, and she let us run on. [Afterward] I felt like I came out of therapy.”

That rambling authenticity was exactly what Green was looking for, and the casting-tape conceit – which she also used in her 2015 short film Casting Oksana Baiul – helped her achieve it. “We used the Ramsey case as a framework for people to talk about their own experiences of grief, trauma and how they found closure when a narrative essentially doesn’t have an ending,” Green says. “Especially living in the shadow of it, in Boulder, where they can’t escape the media presence and all the stories. How do they create their own narrative to come to terms with it? Immediately, once they sat down, they would tell those stories.”

The most compelling element of the film is the actors’ willingness to not only tell those stories, but to revisit the more harrowing moments of their own histories – everything from parental regrets to horrific memories of childhood abuse. Sometimes they recognized how their experiences may have colored their perceptions of what happened to JonBenét.

In the film, Thomas “Hack” Hyland, cast as one of the many iterations of John Ramsey, describes waking up to find his girlfriend mysteriously dead in bed beside him. (She’d died of natural causes). “The coroner was able to determine exactly what happened, and I was excused from any suspicion,” he tells Rolling Stone via telephone, noting that he feels sympathy for John Ramsey. “I imagined John as an innocent person,” he says, noting that he “conjured up [his] own personal experience” of being an unwitting suspect while playing Ramsey in the film. 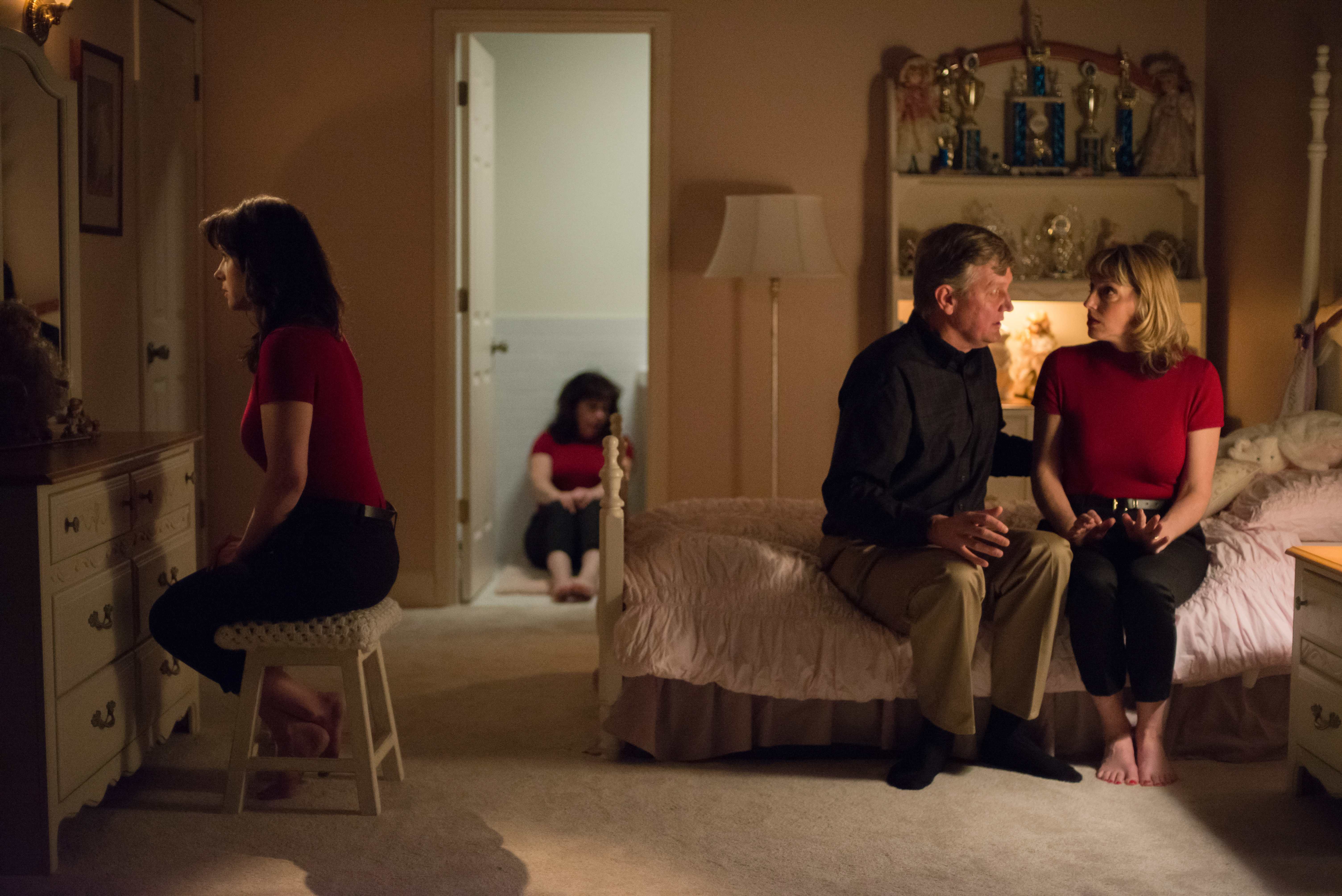 On camera, Teresa Cocas, another Patsy Ramsey, remembers the debilitating guilt she felt after screaming at her young son during a messy potty-training incident many years earlier. “How could this child press this button I didn’t even know I had?” she asks, incredulously, in the film. She seems genuinely stricken by the intensity of her response – by learning firsthand that it is, indeed, possible for a mother to get pushed to the point of snapping.

Whether or not Patsy Ramsey may have snapped is anyone’s guess, but not many people seem sympathetic. In the film, Yazzie calls Patsy Ramsey’s grief “the poorest acting job I’ve ever seen,” and Yazzie isn’t alone in her bleak assessment of JonBenét’s mother, who died of ovarian cancer in 2006. In fact, one of the movie’s most chilling aspects is the vehemently anti-Patsy slant of many participants – one actor concluded that Ramsey was “probably a royal bitch of a mother.” Few actually say outright that Patsy Ramsey killed her daughter, but plenty are adamant that she must have been involved. Green notes that she had to tone down some of that rhetoric in the final cut. “I was surprised by how many people immediately sat down and said Patsy did it,” she says. “They would say, ‘Oh, my mother had bipolar disorder, so I think Patsy must have had bipolar disorder.'”

She was also surprised by how well-studied some of the Patsy auditionees were in the intricacies of Patsy Ramsey’s life before they arrived on set. “I did a lot of reading before I started interviewing people,” Green says. “Still, on the Patsy Ramsey day, the women knew so much detail. It kind of put me to shame a little bit.”

Although JonBenét’s parents and her older brother Burke are the subject of ample speculation in the film, the six-year-old victim herself barely registers. This was a conscious decision on Kitty Green’s part, who is still perturbed by the public’s refusal to let the little girl go. “Twenty years later, she’s still on the cover of magazines,” she says. “There’s nothing new that we’re going to learn about this case. Why are we so addicted to it?”

For her part, Yazzie thinks leaving out the tiny victim brought another element to the movie. “I felt like JonBenét was in the whole film, but you barely saw her,” she says. “She haunted it.”