'A Fantastic Woman': Inside the Oscar-Nominated Transgender Drama - Rolling Stone
×
×

For more than 20 years, Chilean filmmaker Sebastián Lelio has been trying to figure out a way to use the Alan Parsons Project’s “Time” in one of his movies. “When I made my first short film in 1996, I tried to buy that song and I couldn’t afford it,” the filmmaker says of the British art-rock band’s 1981 easy-listening hit, a celestial lament about a love affair torn asunder by distance and circumstance. “I have loved it forever. I consider it a masterpiece. It perfectly combines human [connection] with a cosmic backdrop.” Told that the band was never the hippest of musical outfits, Lelio shakes his head in protest. “I love filmmakers that have the ability to take some cultural piece that is not considered great and elevate it by recombining it somehow,” he says. “I think that’s a talent.”

Audiences may come around to his way of thinking: “Time” is brilliantly woven into the fabric of his Oscar-nominated A Fantastic Woman (which officially opens on February 2nd after a brief qualifying run last year), providing an aural complement to the film’s tough, touching story of a singer ravaged by grief after the death of her older lover. Favored to win Best Foreign Language Film at next month’s Academy Awards, the wistful drama follows the journey of a heroine who’s rarely been positioned as a screen protagonist: a transgender woman named Marina, played with fire and vulnerability by Chilean transgender actress Daniela Vega.

“What came first was a question: ‘What would happen if the person you love dies in your arms?'” Lelio explains, adding that he’d been affected by observing his sister, who’d recently lost her boyfriend. “That’s the worst place in the world for a person to die, because you [feel] unwanted. You are the rejected one.” But as he and cowriter Gonzalo Maza started brainstorming ideas, another thought occurred to Lelio: “What if this happened to a transgender woman?”

That notion intrigued him – and also, frankly, scared him. “It sounded dangerous,” he says. “I told [Maza] to stop writing.” Lelio knew transgender women in Berlin, his current home, but he wanted to educate himself about what the experience was like in Latin America, hoping to look at the broad stereotypes about the community he’d absorbed from old movies and then strip them away. “The cliché is the transvestite that has a tattoo made in jail, walks with a broken high heel, drunk at night after being beaten,” he says dismissively. “I thought, ‘Ugh, I don’t want to make that film.'” Realizing that he needed to research the transgender community in Santiago, where the film is set, before they went any further, he pressed the metaphorical pause button and decided to pay the city a visit.

And the more time he spent with transgender women in Chile’s capital, the more he noticed the normalcy of their lives, as well as the oppression they still faced. “It was very revealing,” he recalls. “And they all said, ‘You should meet Daniela.'” 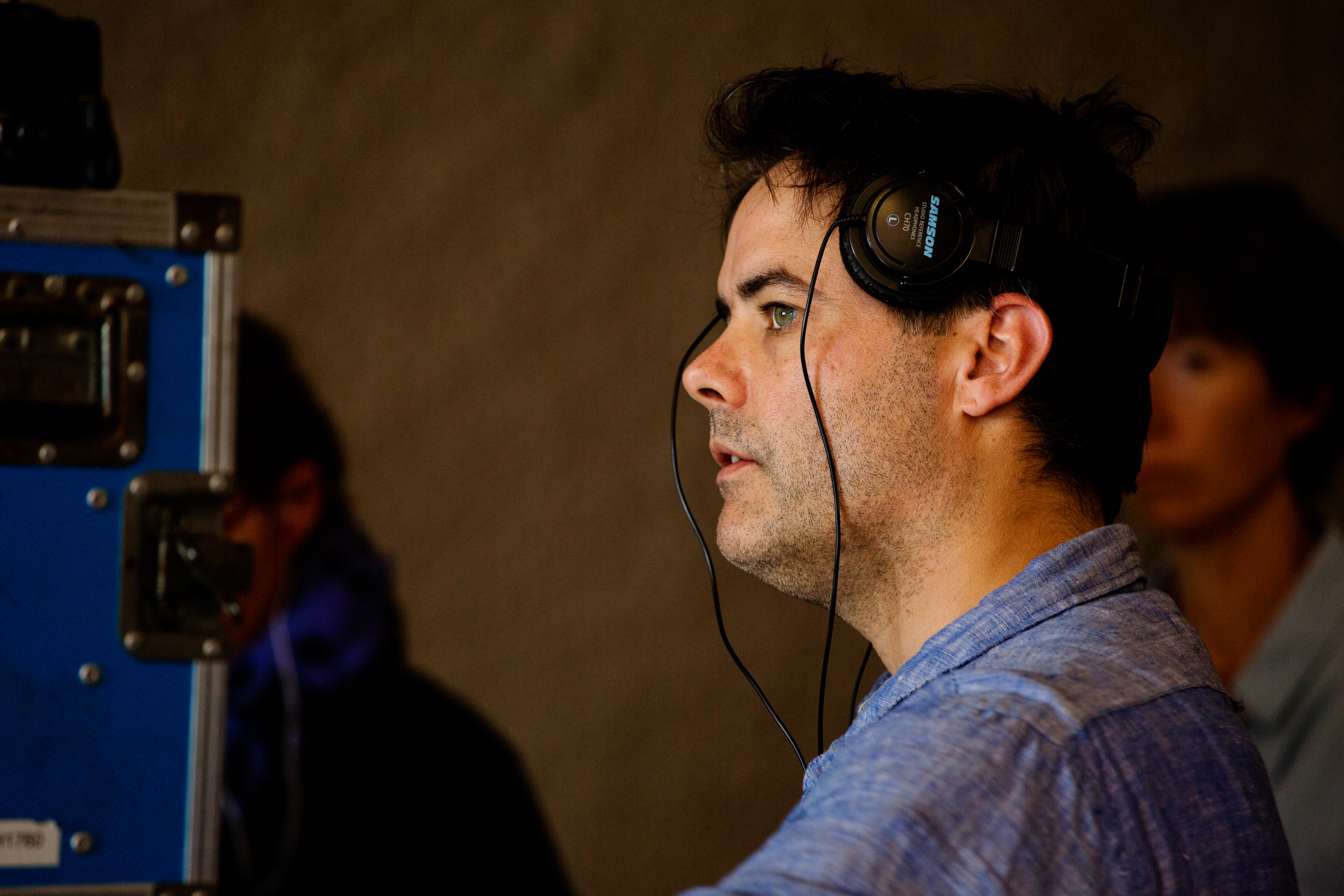 Before being introduced to Lelio, the relatively unknown Vega had worked as a singer and actress. Speaking through a translator during a separate interview, she recalls that her childhood desire to perform went hand in hand with her acknowledgment of her gender.

“When I was little, I wanted to be a girl,” Vega says. “That was the first thing that I realized I wanted: to be more feminine. After that, I started singing – I thought of it as a hobby. But then I started to express myself through clothing and fashion to make sure that people got the message. Then I discovered David Bowie and glam rock. That art was communication, and I used that to communicate to everyone who I really am. After that, I discovered acting.”

“I was really fascinated by Dani,” Lelio says of their first meeting. “I found her very charming, beautiful, challenging and witty, but I wasn’t looking for an actress.”

Initially, the idea was that Vega would be his consultant, helping to inform the script’s milieu and provide it with as much authenticity as possible. In A Fantastic Woman, Marina isn’t just grieving the loss of her man Orlando (Francisco Reyes) – she suddenly must grapple with his bigoted family, including his scorned ex-wife, who feel betrayal and revulsion at the fact that this transgender woman wants to insert herself into their funeral arrangements. Lelio began drawing from Vega’s personal experiences for the story. Eventually, though, he recognized that it wasn’t just his collaborator’s memories and worldview that were crucial to shaping the film. It was Vega herself. “Towards the end of the writing process,” Lelio says, “I realized Daniela was the star. Her presence, her body – and the story that her body tells – brought something that a cisgender actor could have never brought to that part.”

“It’s not a ’cause’ film. It’s not a social film. I found that subversive: [A Fantastic Woman] is not well-behaved in the sense of what a film about a transgender woman ‘should’ be.”—Director Sebastián Lelio

Vega took three days before deciding to commit to playing Marina, who shouldn’t be read as an autobiographical portrait of the actress. “I just contributed ideas and thoughts, my perception of the world and my life,” she says simply. “Without me knowing, he put everything I was saying into that character. But I didn’t specifically say, ‘Oh, make the character this way or that way.'”

Nonetheless, A Fantastic Woman is a love letter to both Marina and Vega and their shared struggles – even more so because it allows Marina to be a complicated, sometimes frustrating main character. Her temper can get the best of her; there are hints that Orlando’s ex has reason to be angry since Marina may have stolen her husband away. This emphasis on complexity and a disinterest in reducing a heroine to a sad-sack victim extends to Lelio’s hyper-vivid aesthetic, which drapes the film in surreal dream sequences, beautiful colors and left-field soundtrack choices like “Time” during a pivotal emotional scene.

“The ‘logical’ way to make this film would have been social realism,” says Lelio. “Because it’s about a transgender woman, you ‘have’ to film her with handheld [cameras] with natural light. But I felt, ‘No, let’s do it flamboyantly, with the flavor of a mid-Forties melodrama.’ You know, that scale and that elegance. Let’s take someone that society rejects and put her at the absolute center of the film, like an act of love.

“It’s not a ’cause’ film,” he continues. “It’s not a social film. Those are layers that are there but, first of all, it’s a movie. I found that subversive: [A Fantastic Woman] is not well-behaved in the sense of what a film about a transgender woman ‘should’ be.”

It’s been nearly a year since A Fantastic Woman had its premiere at the 2017 Berlin Film Festival, which has given Vega plenty of opportunity to reflect on how the movie has changed her life. She’s grateful for the heightened exposure, but some familiar hardships remain. “When it comes to having a problem at an airport, at the hospital or with a police officer,” Vega notes, “I have the same disadvantages as others in my community. I’m no different from everyone else.”

And even if A Fantastic Woman takes home the Oscar, that achievement won’t mitigate the transphobia that’s still rampant. Vega lives that reality, but she remains hopeful, especially as she’s been promoting the film across the globe. “Traveling around the world and meeting people from everywhere,” she says, “I’ve realized that what people have in common is that they’re all talking about these bad times that are coming in our near future – this wave of darkness. But then there’s this counterwave that’s also coming with more positive messages about respect and dignity and empathy. There’s a great need out there for us to push toward progress. The counterwave is there – we just don’t see it.

“There are flowers out there,” Vega adds. “It’s just hard to see them when it’s nighttime, when it’s dark. But we can light a torch to find them again.”