Every person who heads to the Toronto International Film Festival — especially those who hope to take the pulse of the upcoming awards-circuit season  — comes with certain expectations. Maybe these notions are industry-driven (the trades and the prognosticators says A and B are the big films to beat for months now!). Maybe they’re personal (I love X and Y, and can’t wait to see their latest work!). Maybe a few things that premiered in Venice or sneak-previewed in Telluride just a week or so prior have already had tastemakers’ tongues wagging, and thus had your curiosity piqued once you hit the Canadian ground running.

And inevitably, once everything is said and done some 10 days and god-knows-how-many movies later, everybody leaves with one or two suspicions confirmed…and a helluva of lot of expectations upended.

For example, a lot of folks figured that Tom Hanks’ portrayal of famed children’s-TV host Fred Rogers in A Beautiful Day in the Neighborhood would be strong enough to garner him Oscar buzz (it is, and it should). Ditto Adam Driver and Scarlett Johansson in Marriage Story, a scathing tale of divorce among the bicoastal showbiz set. (Yes x 1000.) Almost no one came in thinking that people would be saying the same things about, say, Jennifer Lopez in Hustlers and Renee Zellweger in Judy, but guess who’s currently favored to go head to head in the Best Actress slot? The odds were against Joker being talked about as a potential Best Picture nominee lock, at least before it won the Golden Lion in Venice (!?!), and very much for The Goldfinch. Let’s just suggest that that conversation has now substantially changed.

It’s part of the fun of TIFF, getting a jump on what’s going to be talked about over the remainder of the filmgoing year. It’s also a chance to catch up with stuff that played the fest-circuit earlier in the year and have the opportunity to be blindsided by a few left-field titles. The 12 best-of titles below are a mix of all of the above — a dozen gems that thrilled us, chilled us, knocked us for a loop or simply left us grinning like a loon. 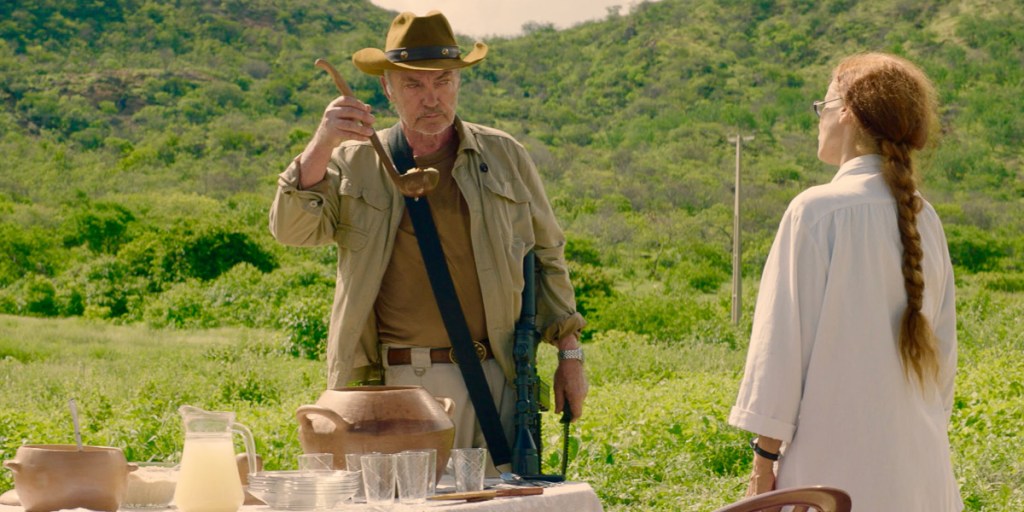 Bacurau
You would have thought that Brazilian filmmaker Kleber Mendonça Filho could not possibly make an angrier movie than his 2016 anti-gentrification drama Aquarius. You would be wrong. Filho and co-writer/co-director Juliano Dornelles concoct a story of a small rural village slowly being cut off from the outside world. The reason: It’s been “sold” to American and European tourists as a hunting ground. A perfect blend of blistering social commentary and illicit genre-flick thrills. Bonus points for a killer ending and the perfect use of Udo Kier. 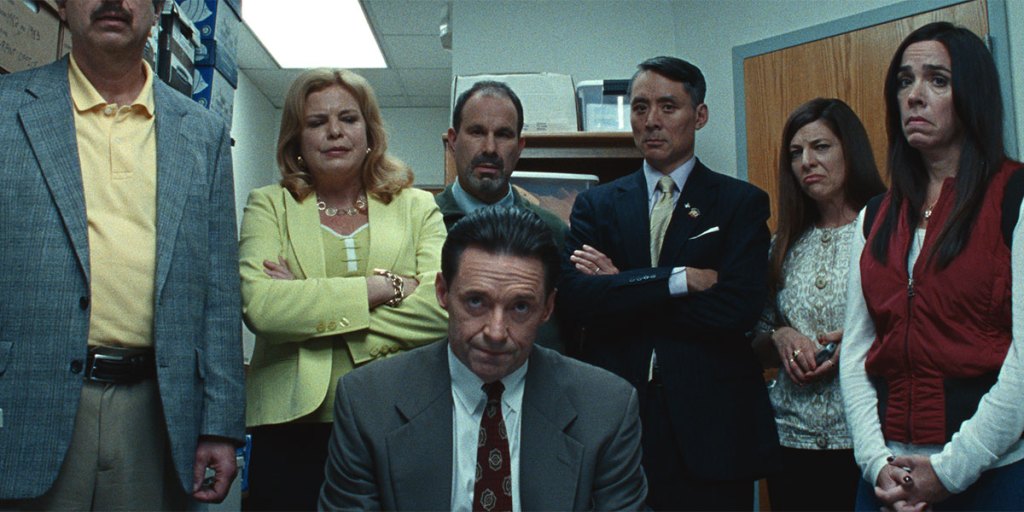 Bad Education
Director Cory Finley (Thoroughbreds) beats the sophomore slump with this deconstruction of a real-life scandal in the Roslyn, NY, school system, in which Teflon superintendent Frank Tassone (Hugh Jackman, channeling the perfect-life facade to perfection) watches as a tiny thread regarding personal expenses is pulled and slowly turns him into the face of a wide-ranging embezzlement scheme. Most folks would have gone the full-blown satirical route; instead, Finley and writer Mike Makowsky juggle a dark comedy about corruption, a drama about shoeleather student journalism and a character study about a nice guy slowly seeing his mask peeled back. Also: Allison Janney is God. 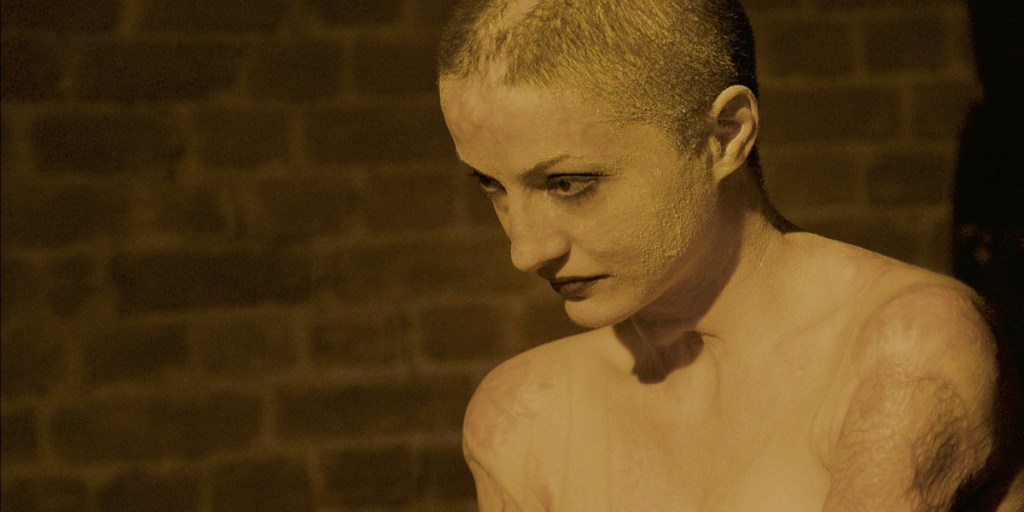 Collective
This Romanian doc from Alexander Nanau was, hands down, the closest thing we saw at this year’s fest to a full-on masterpiece—a stunning nonfiction counterpart to every one of the country’s New Wave narrative features about power, corruption and lies. A fire breaks out during a show at a Bucharest rock club; 27 people are killed and many, many others injured. (The footage of the incident, captured on a cell phone, is harrowing.) Then a number of patients associated with the accident began to die while recovering in the hospital, and a team of newspaper reporters began to look into why. What happens after that is a study in how bureaucratic rot infects every aspect of a society, and why a dogged media is a necessity. Absolutely brilliant. 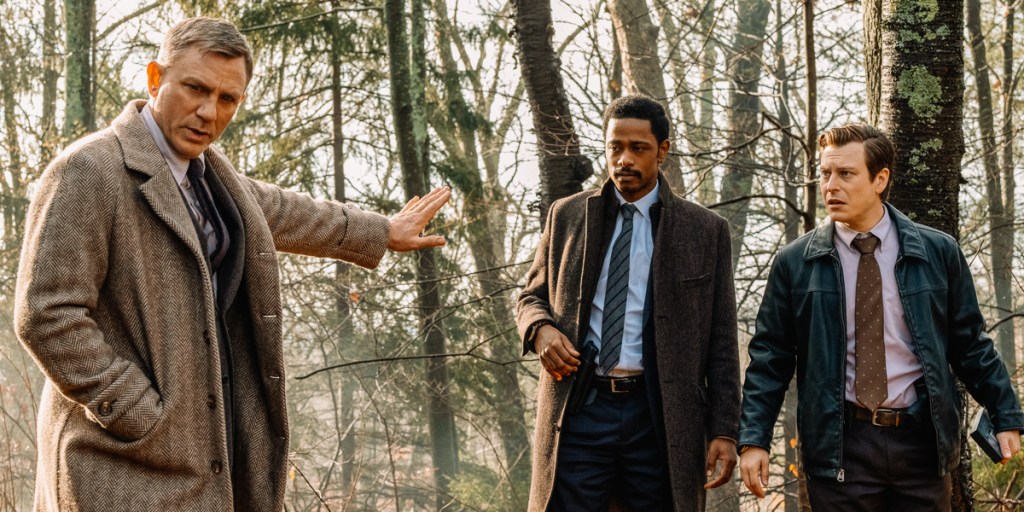 Knives Out
In which writer-director Rian Johnson attempts to resurrect a somewhat dormant genre — the all-star A-list whodunnit mystery — and delivers a typically idiosyncratic take on familiar material while still bringing the fun. A bestselling author (Christopher Plummer) is found in his tony estate, his throat slit. All of his family members, played by [deep breath] Jamie Lee Curtis, Toni Collette, Chris Evans, Don Johnson, Michael Shannon and Katherine Langford, have their reasons for wanting him gone; so, potentially, does his South American nurse (Ana de Armas). It’s up to supersleuth Benoit Blanc (Daniel Craig!), a Poirot by way of Lake Pontchartrain, to figure out what happened. And the fact that Johnson has slyly embedded some real-world concerns into the escapism only makes it that much more impressive. 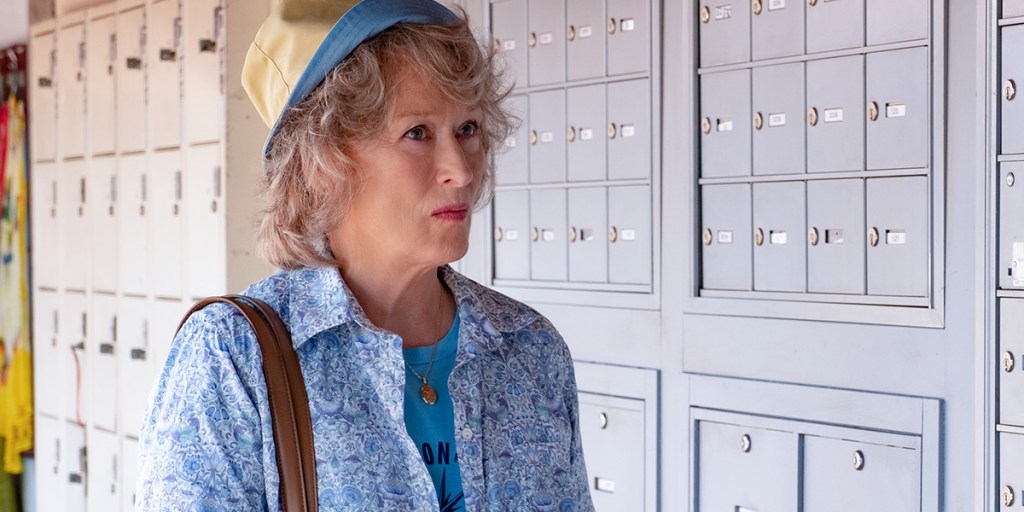 The Laundromat
Scandals among the rich were, not surprisingly, a popular topic among the TIFF lineup this year, and Steven Soderbergh’s contribution to the trend focused on the Panama Papers: a series of leaked documents that exposed how one law firm had helped underwrite a network of shell companies, offshore account and less-than-legal money moves. Rather than a straight Spotlight-style drama about how this information became public knowledge, he weaves a number of stories together — from a widow (Meryl Streep) trying to figure out why she can’t collect on an insurance claim to a European businessman (Matthias Schoenaerts) negotiating shady deals with Chinese partners — into a bigger-picture look at how and why this happens in the first place. Just for kicks, he throws in Antonio Banderas and Gary Oldman as a Greek chorus. It’s an ambitious movie that should have generated more chatter at TIFF than it did. That penultimate shot is destined to become a meme. 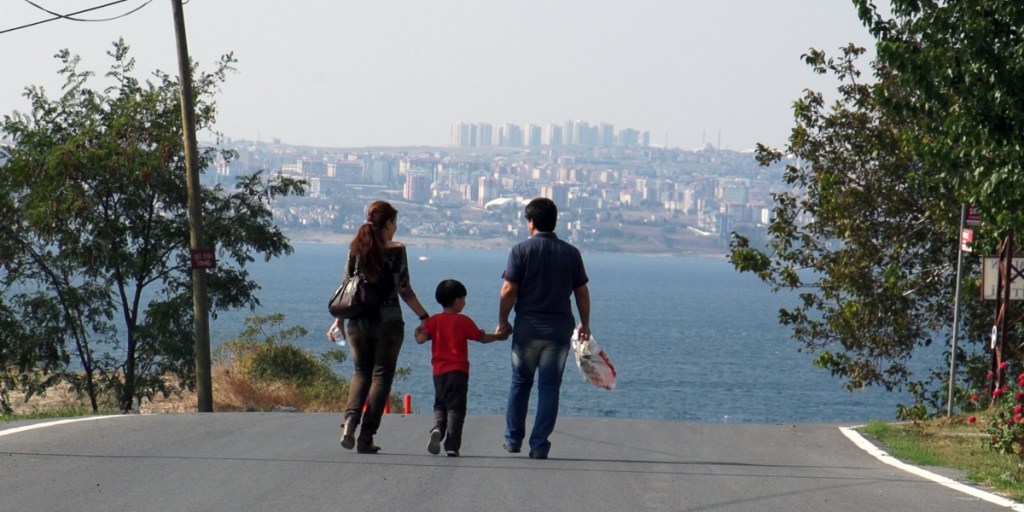 Love Child
A man, a woman and a child find themselves seeking temporary asylum in Turkey in 2012. They have fled from Iran; eventually, we find out why. In the meantime, they’re trying to find a permanent home somewhere else, and are forced to negotiate the United Nations’ labyrinthine immigration system — a bureaucratic nightmare that only seems to get worse as the years pass and their case becomes one more folder under a growing pile. This chronicle of the family’s trials and tribulations from documentarian Eva Mulvad (Enemies of Happiness) puts a human face on headline fodder — but it’s also an intimate, personal story of why people are forced to flee countries, how hope can get slowly strangled by red tape and the ways in which the ties that bind can become a lifeline. Quietly heartbreaking. 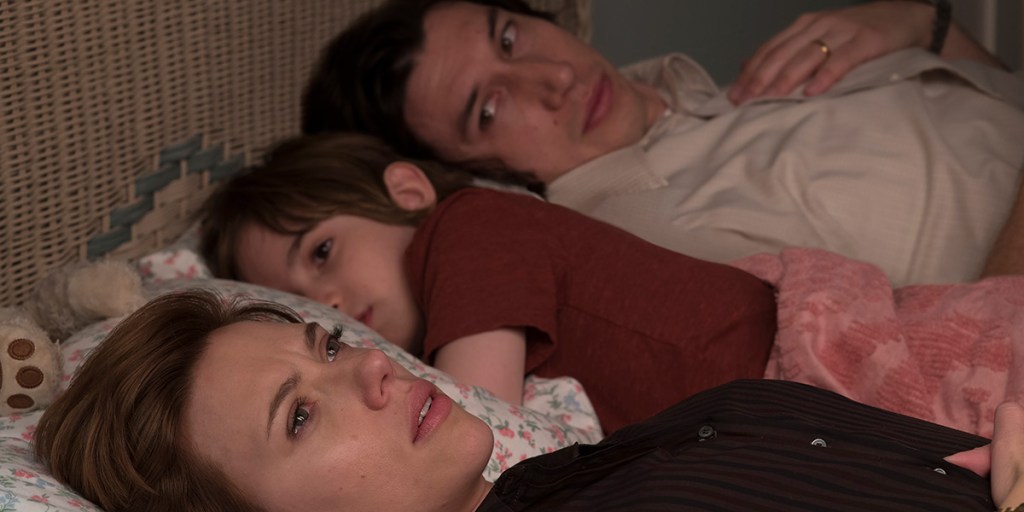 Marriage Story
Nothing can really prepare you for Noah Baumbach’s scorched-earth tale of a playwright (Adam Driver) and an actor (Scarlett Johansson) trying to keep things civil as they negotiate a divorce and a bicoastal custody agreement. Of course things will get nasty and turn the movie into a car-wreck-in-progress — but watching how Baumbach lets them breathe life into the roles and seeing what the actors do with the material still makes you feel like you have no idea what’s going to happen next. It’s a career highlight for the filmmaker and his two leads, and don’t even get us started about Laura Dern’s high-powered attorney, which may be the single funniest, most lacerating portrait of a lawyer ever put on screen. We haven’t even mentioned Driver covering a Sondheim classic or a climactic callback that will require a box of Kleenex before you can gain your composure. You’re going to be hearing a lot about this one over the next few months. 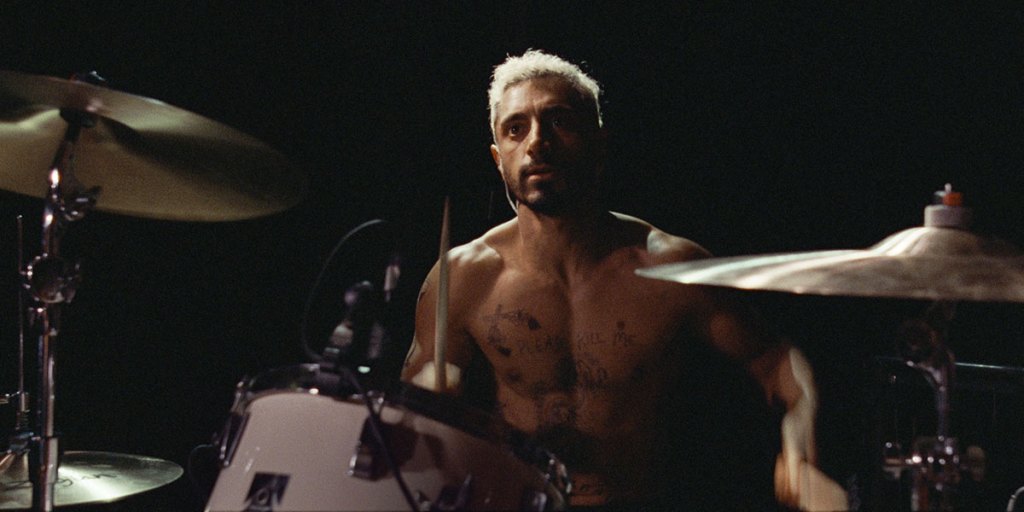 Sound of Metal
Nobody beats the Riz. The Night Of star Riz Ahmed is a drummer and ex-addict in a noise-rock duo who’s content to eke out a modest living with his singer/girlfriend (Olivia Cooke). Then he slowly starts to lose his hearing, and is forced to negotiate life after deafness. The feature debut from Darius Marder ingeniously uses sound, or the lack thereof, to create an immersive experience for the audience — but it’s this character study’s observational powers, notably once the character settles into a halfway house within the deaf community, that really sell the drama. And Ahmed has never been better. 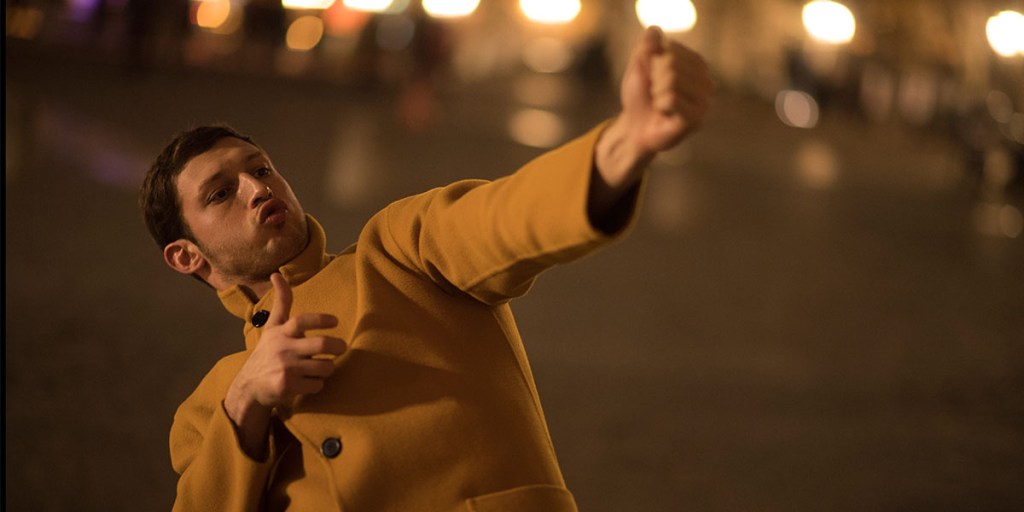 Synonyms
Yoav (Tom Mercier) arrives in Paris, penniless and — after an unexpected theft — possessionless. He relies on the kindness of strangers, i.e. a bohemian writer (Quentin Dolmaire) and his girlfriend, to survive as he learns the city, the culture and language. As for the past that this Israeli ex-soldier running from? It’s not quite done with him yet. Filmmaker Nadav Lapid (The Kindergarten Teacher) paints of portrait of an ex-pat that conjures the freedom of beginning a new life from the ground up and benefits from having a lead that leans into his role 110-percent. But it’s also a critique of a country (hint: not France) that suggests a citizenship weaned on perpetual life-during-wartime alert might be slightly traumatized. All this plus the most seductive use of a loaf of bread during a dance sequence ever. 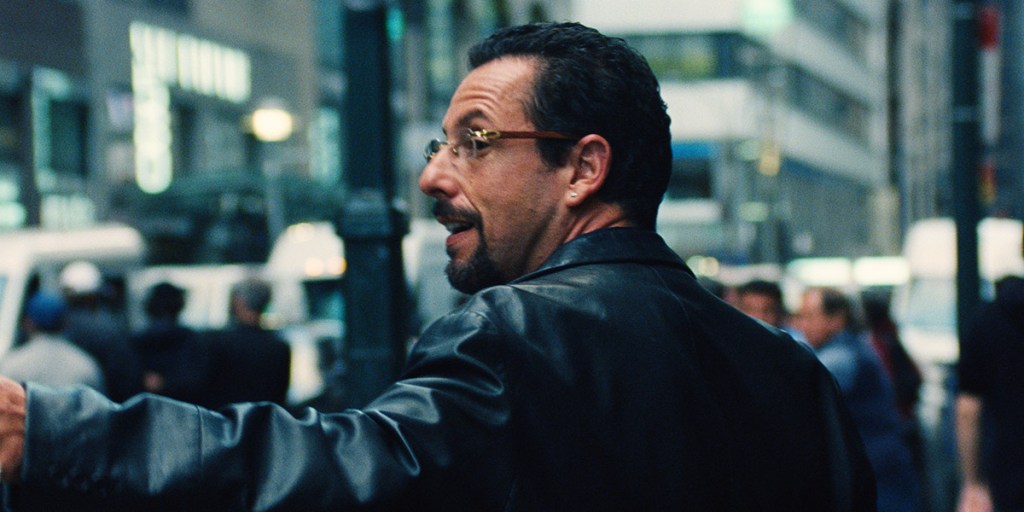 Uncut Gems
Or: The Sandman’s Wild Ride. Josh and Benny Safdie give you the set up: A jeweler (Adam Sandler) has come into the possession of a large rock which contains an uncut opal from Ethopia. He thinks he can sell the stone for close to a million at auction. Problems arise when then-Celtics power forward Kevin Garnett (playing himself) thinks the gem is a lucky talisman, so he “borrows” it. From there, the brothers keep their foot on the gas pedal, rocket their star through a series of obstacles involving gangsters, gamblers, bookies, a wife, a girlfriend, NBA superstars, the Weeknd and a seriously hot-tempered sibling and keep you on edge for close to two hours. It’s so insanely good that it almost makes you forgive the actor for Jack and Jill. And it confirms that these Queens/Manhattan natives are first-rate New York filmmakers, full stop. 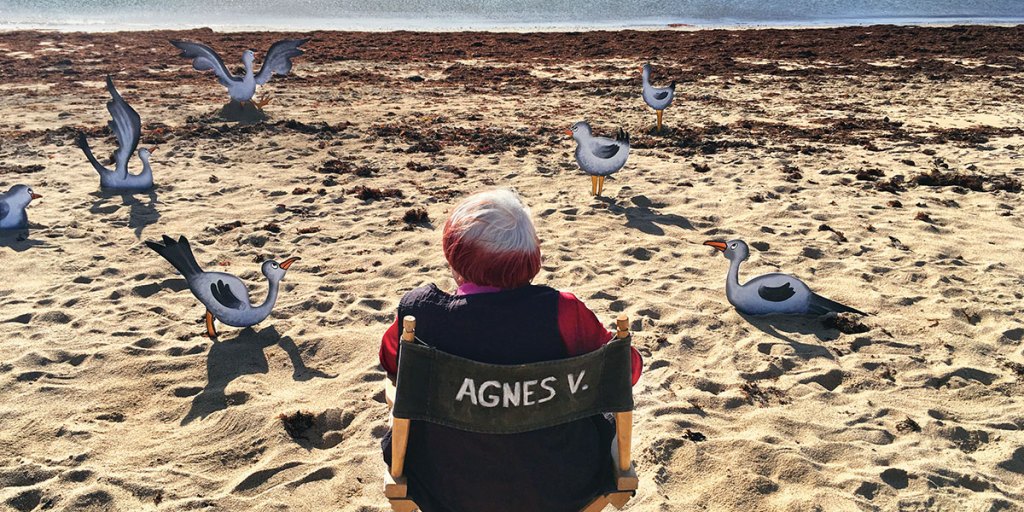 Varda by Agnes
Based loosely on a series of lectures and public appearances, this final film from the late, great Agnes Varda finds the elder stateswoman of the Nouvelle Vague ruminating on life, death, her husband Jacques Demy, memories, art, the necessity of collaboration and the one thing that seems to connect all of it together: cinema. Like the woman herself, it’s puckish, playful, profound — a moving scrapbook that now doubles as a memento mori. Most of all, it’s a fitting coda to a great career. 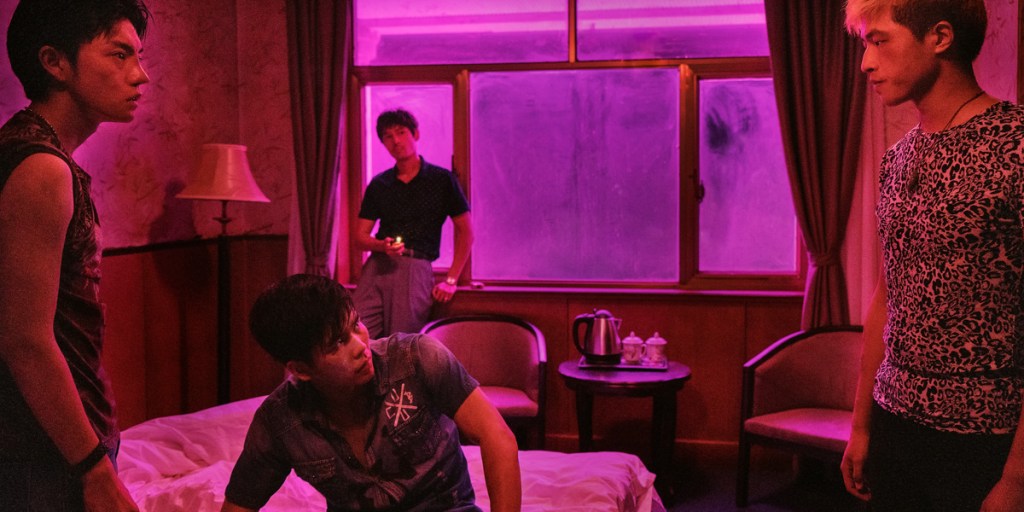 The Wild Goose Lake
Chinese filmmaker Diao Yi’nan’s follow-up to 2014’s Black Coal, Thin Ice drops you into a netherworld of motorcycle thieves, beachside prostitutes and opportunistic thugs, all centered around a lake that doubles as an open-air criminal bazaar. Because of a turf war, however, tensions are running high — which leads to a gang leader (Hu Ge) accidentally killing a police officer. If the fugitive can get his wife to turn him in, she can get the reward and he can rest easy. The cops, his fellow crooks, and a mystery woman (Kwei Lun-Mei) who may be an ally or a femme fatale in disguise, have other ideas. It’s a spellbinding pulp noir with a stylish edge and a sui generis fatalism.