We came, we saw, we occasionally got altitude sickness and we watched a shitload of movies — this is what we do every January when we head out to Park City, Utah, for the Sundance Film Festival, that annual mixer of hopeful first-time filmmakers, indie-cinema veterans, boundary-tweaking visual artists, industry movers and shakers, cine-curious locals, jaded critics and the odd Angeleno complaining about the cold.

The one common thread among this congregation is, and always has been, a dedicated love of the movies; you could throw a relentless need to see where the medium is headed, a desire to see new things and hear new voices, in there as well. “Storytelling” is a word that gets a lot of play at Sundance every year, from fest founder Robert Redford’s inaugural speech to the final award announcement. And year after year, folks schlep into a frontier-chic ski-resort town to see the fest make good on the promise that yes, there are still plenty of essential stories left to tell, still plenty of marginalized voices that need a megaphone and a forum, still ways to make you walk miles in others’ shoes and help bridge the gaps between us all.

And, as always, Sundance delivered. Yes, we saw some good-intention mediocrities, several eat-your-overboiled-vegetables lectures posing as dramas, a few painfully basic docs and one or two outright stinkers. (These films know who they are.) But more importantly, we got to see the sort of movies that remind us why we keep doing this — that feeling that you’re one screening away from discovering the next generation of great filmmakers and/or a new way of seeing things. These were the 10 best things we saw at the 2019 festival. Frankly, we can’t wait to see them all again. 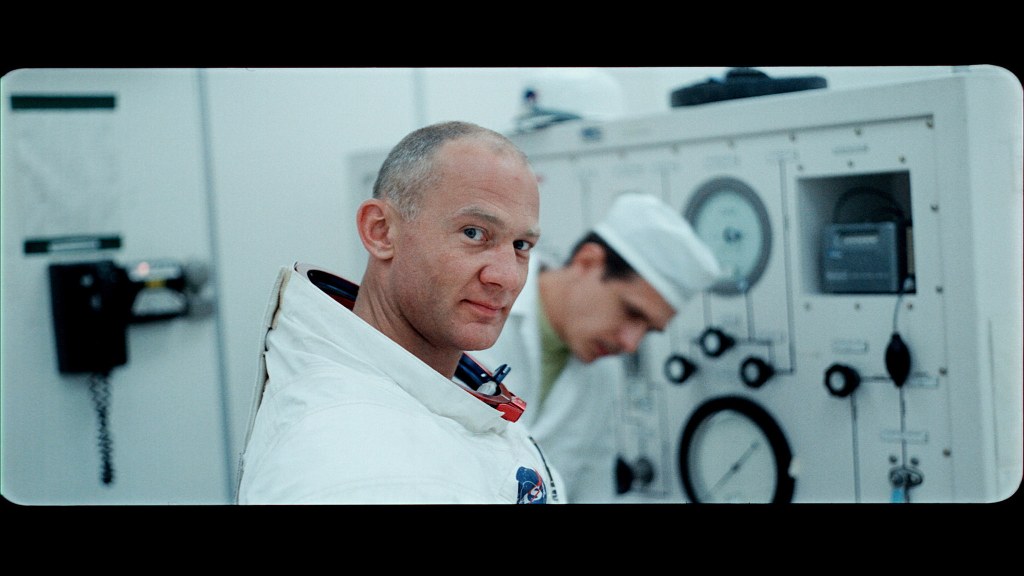 Apollo 11
Speaking of seeing things in a new way: There was every reason to believe that the archive of clips, audio recordings and overall documentation had been exhausted in regards to the historic first manned flight to the moon in July 1969. Then along comes this extraordinary stem-to-stern chronicle of this one giant leap for mankind, courtesy of documentarian Todd Douglas Miller (Dinosaur 13). Utilizing a treasure trove of unseen footage and giving lots of screen time to the moments between take-off and touchdown, the film details every aspect of Neil Armstrong, Buzz Aldrin and Michael Collins’ flight into the cosmos, sans narration or talking heads. Even the famous first step is seen from an entirely different angle. It’s less a history lesson than a fully immersive experience — and a vital work of nonfiction artistry.

Clemency
A capital-punishment drama that doubles as a devastating character study, writer-director Chinoye Chukwu’s sophomore-film stunner watches as a veteran prison warden (Alfre Woodard) and a death-row prisoner (an incredible Aldis Hodge) both deal with his upcoming date of execution. You expect this to turn into a typical social-issue handwringer — instead, the movie keeps skewing more towards the personal aspects of how taking a person’s life takes a moral toll on all of those involved. And without saying too much, there’s a nearly five-minute unbroken shot of Woodard’s face that’s one of the most compelling sequences you’ll see all year. This walked away with the U.S. Dramatic Grand Jury Prize. It was a deserved win. 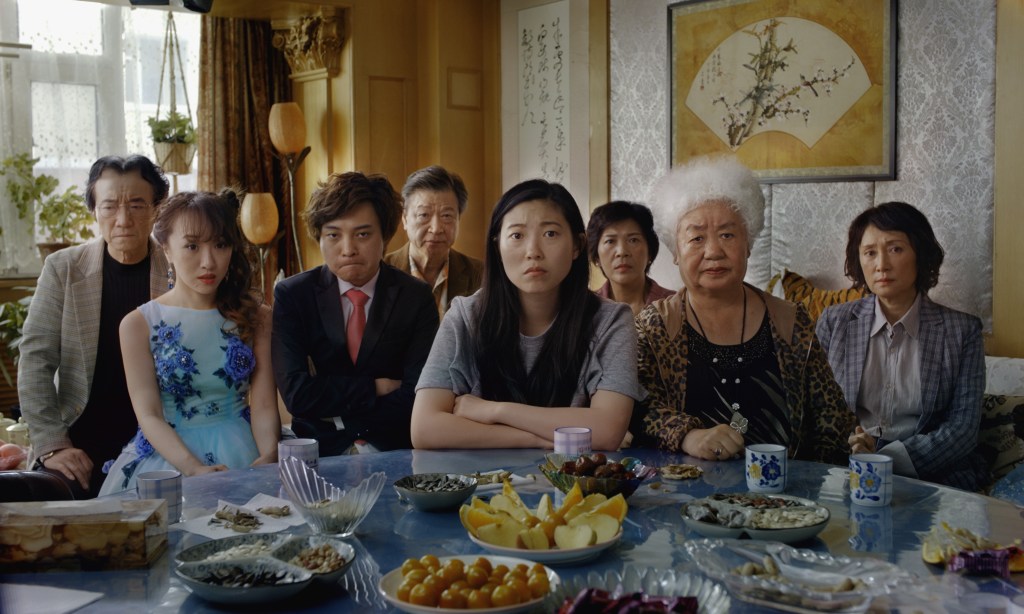 The Farewell
A Chinese-American named Billi (Awkwafina, in a dramatic breakthrough performance) finds out that her beloved grandmother (Shuzhen Zhou) has just been diagnosed with terminal cancer. But the elderly “Nai Nai” doesn’t know it yet, as her family decides to keep up a longstanding tradition of withholding this type of medical bad news from the afflicted. (“It’s not the disease that kills them, it’s the fear,” one character reasons.) So Billi and the rest of her kin use the excuse of a cousin’s wedding in China to visit the matriarch one last time. This is usually where raucous comedy meets ham-fisted heartstring-tugging set to a sappy score. Instead, filmmaker Lulu Wang takes the road less traveled, opting to tell a semiautobiographical story “based on an actual lie” that chucks sentimentality and melodramatics out the window. It’s funny, bittersweet and full of unexpected left turns, including a coda that complicates the tale even further. And in the 16 years I’ve been going to Sundance, it’s one of the most genuinely moving things I’ve seen at the festival. 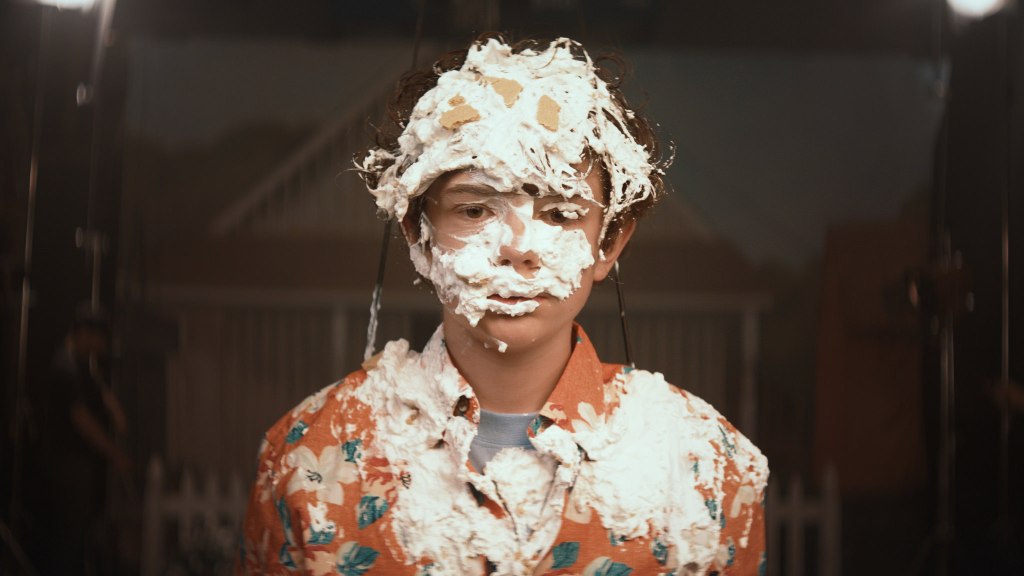 Honey Boy
In which a movie star performs an exorcism of his past and a son tries to understand his father. Avant-documentarian Alma Har’el (Bombay Beach) directs Shia LeBeouf’s script about a famous actor — played by A Quiet Place‘s Noah Jupe as a kid and Lucas Hedges as an adult — dealing with the psychic scars left by his abusive, recovering addict of a dad. Any similarities to the former Transformers star’s own real-life story is not the least bit coincidental. Also, LeBeouf himself plays the patriarch. What’s shocking isn’t the score-settling but the sympathy shown to this troubled man. It’s both a blistering look back in anger and massive act of public forgiveness. 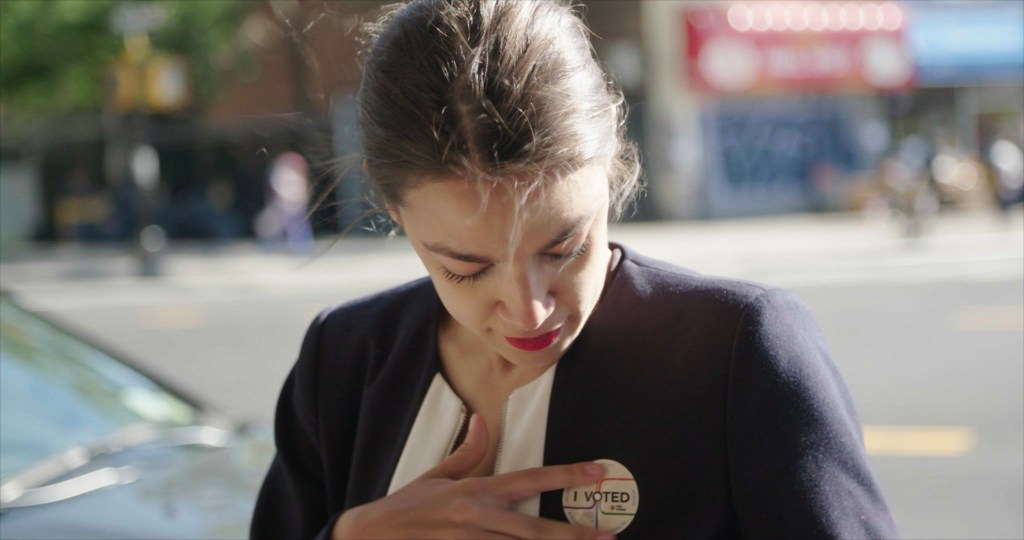 Knock Down the House
In early 2018, Rachel Lears embedded herself with four women, all of whom were running for Congress and each entering the realm of politics for the very first time. One was a community organizer in St. Louis (Cori Bush), one was a coal miner’s daughter from a blue collar town in West Virginia (Paula Jean Swearengin), one was a take-no-shit rabble-rouser in Las Vegas (Amy Vitela) … and one was a Puerto Rican waitress from the Bronx who, unbeknownst to the filmmaker, was about to become the Resistance equivalent of a rock star. This will be forever known as “the Alexandria Ocasio-Cortez documentary,” but anyone looking for the A.O.C. version of RBG will get more than just a superhero origin story. Lears is more interested in what these four women represent, i.e. the frontline of a grassroots movement that’s forming one concerned (female) citizen at a time. Bravo. Read our festival report. 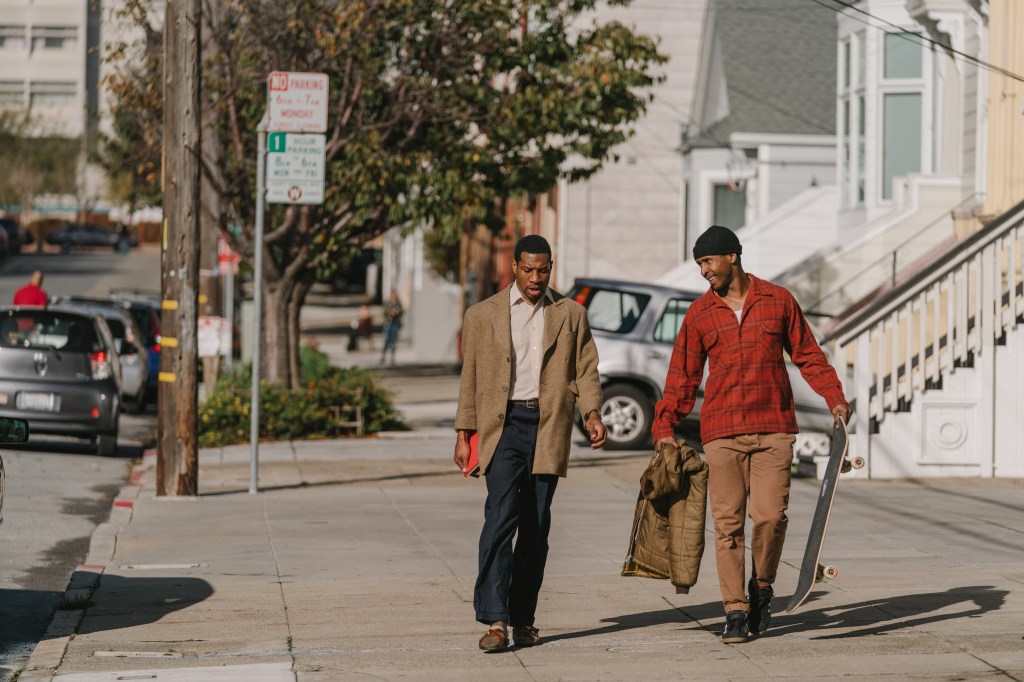 The Last Black Man in San Francisco
The big outta-nowhere hit of the festival besides The Farewell, Bay Area native Joe Talbot tells the semi-true of Jimmie (played by the director’s real-life childhood friend Jimmie Fails, and a major discovery), a skateboarding twentysomething with a sentimental attachment to an long-gone family house in the Fillmore District. When the dwelling is temporarily unoccupied, however, the lost soul and his playwright best friend (Jonathan Majors) decide to move in and restore the place. But what’s that saying about never being able to go home again? It’s a lyrical, scrappy, sui generis work and a rage-filled valentine to a city that’s seen its share of class issues, demographic upheavals and displaced communities. Read our festival report. 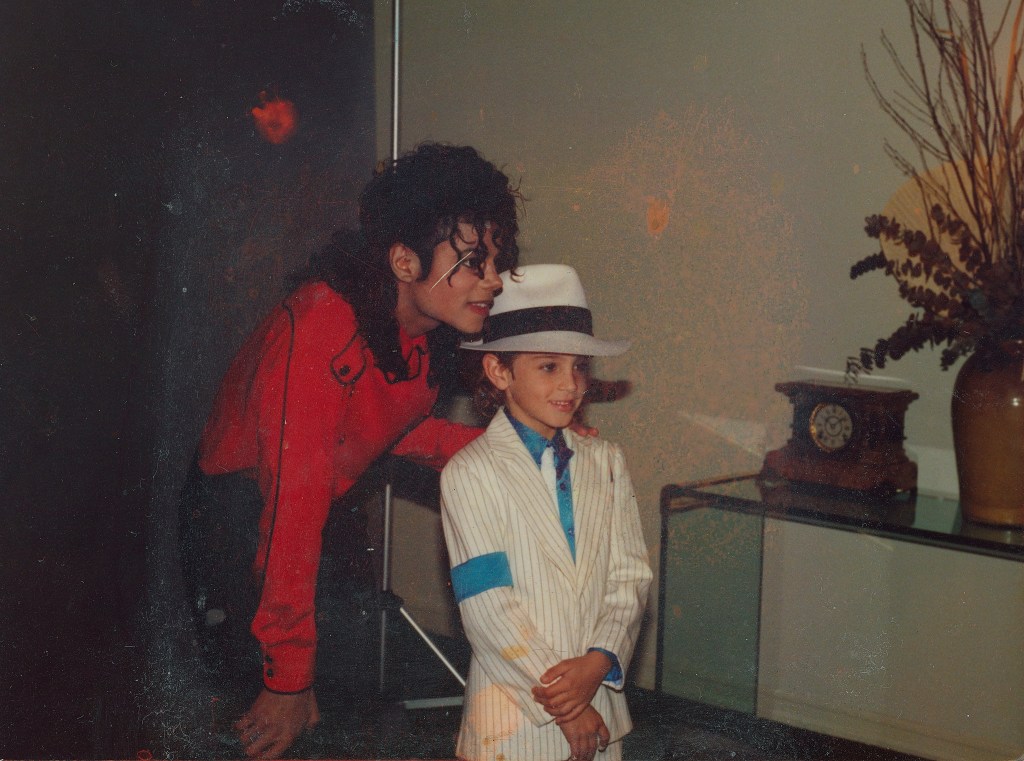 Leaving Neverland
The festival had been prepared for controversy when it took on this late addition to the lineup — a two-part, four-hour forensic deep dive into allegations made by Wade Robson and James Safechuck that they were respectively abused by Michael Jackson as boys. What it ends up uncovering, however, goes far beyond being a sort of exposé or simply attracting the ire of the late pop star’s fans (though it did do that). A damning indictment of how celebrity can be blinding, it’s also a story about the way such traumatic experiences ripple out to families, spouses and siblings, as well as a cathartic admission of the love, denial, guilt and confusion these men are still grappling with. Hard to watch, tougher to ignore, impossible to forget. Read our festival report. 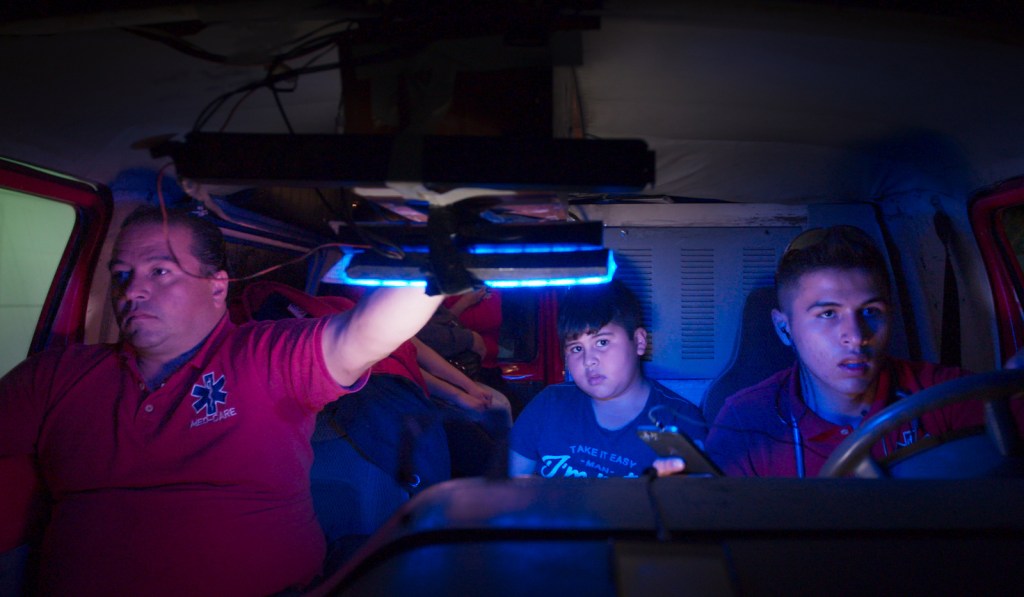 Midnight Family
This one hit us by surprise. Filmmaker Luke Lorentzen turns his cameras on the Ochoas, a family who takes advantage of Mexico City’s outsourcing of emergency healthcare needs to independent operators. So this outlaw father-and-sons outfit drives around the dodgy neighborhoods and tony suburbs after dark in their personal ambulance, picking up patients for profit and giving folks a second-hand look at the city’s economic disparity, corrupt authority figures and bureaucratic breakdown-in-porgress. A deft mix of big-picture doc-making and intimate moments (the scene in which an abused woman asks for a hug is quietly heartbreaking), not to mention a wild — and remarkably eye-opening — ride. 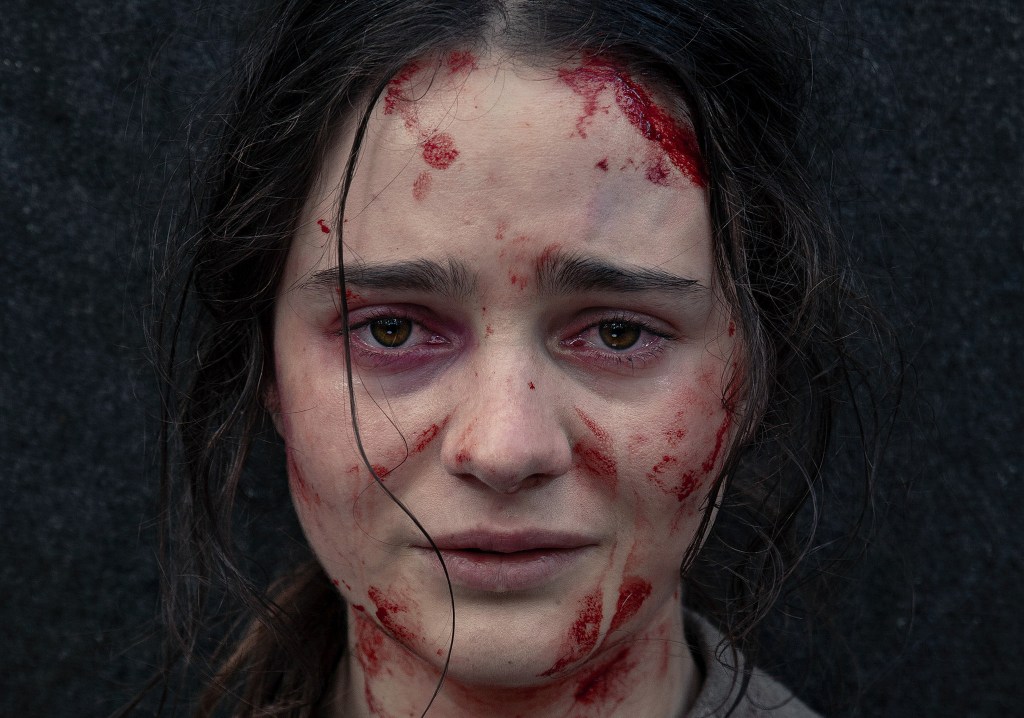 The Nightingale
The Babadook‘s Jennifer Kent returns with an angry, righteous indictment against the patriarchy; the fact that it’s embedded inside a rough rape-revenge story was (and will be) a dealbreaker for many. No, it’s not an easy film to stomach. But the way in which Kent both uses this disreputable genre’s conventions and plays against its clichés to weave a tale about a vengeful Irish maid/ex-convict heroine (Aisling Franciosi) and the murderous bastards she’s tracking down with the help of an Australian aborigine (Baykali Ganambarr) is beyond impressive. 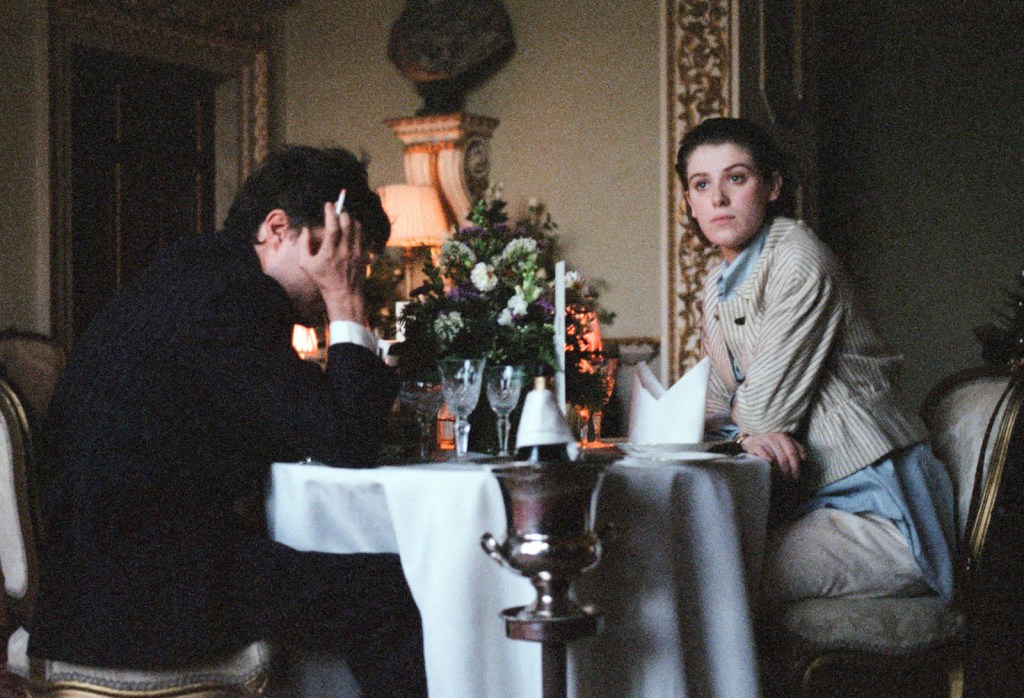 The Souvenir
Let’s say you’re among the lucky few who were aware of Joanna Hogg’s work before she dropped this quietly tragic bombshell on Sundance audiences — you expected her usual rigorous formalism, peerless work with actors and knack for giving you Cassavettes-level rawness without the chest-thumping. (See her film trilogy consisting of Unrelated, Archipelago and Exhibition if you haven’t already.) Her latest delivers all of that, but with the added touch of her telling a personal story about a film-school student (Honor Swinton-Byrne) who falls in love with an older, aristocratic cad (Tom Burke) in the early 1980s. Things seem peachy for a while, until — courtesy of his increasingly frequent dabbling with heroin — they aren’t. Folks who walked in cold and stayed til the bitter end (some audience members did not) left as converts to Hogg’s singular way of making a well-worn amour fou feel fresh. You almost certainly will as well when A24 releases it later this year. Astounding.