The Band's Essential Albums: 'Music From Big Pink' and Many More - Rolling Stone
×
×

When Eric Clapton first heard the Band, he knew he was done with Cream. “I’m in the wrong place with the wrong people doing the wrong thing,” the guitarist later recalled thinking, and he wasn’t the only one left stunned by the group’s laid-back revolution. Synthesizing R&B, country, blues and early rock with chops seasoned by years on the road with Ronnie Hawkins and Bob Dylan, Canadians Robbie Robertson, Richard Manuel, Rick Danko and Garth Hudson, along with their Arkansas-born drummer-singer Levon Helm — once collectively known as the Hawks, and, later on, the Crackers — made everything old-timey, rural and ramshackle seem profoundly cool. For the next eight years, they would craft some of rock’s earthiest, grooviest and most yearning sounds. Here’s our comprehensive guide to their legacy on record, from Big Pink to The Basement Tapes and beyond. (Listen along with the Spotify playlist below.)

Music From Big Pink (1968)
“We were rebelling against the rebellion,” Robbie Robertson said years later of the group’s defiantly wholesome outlook circa their debut LP, summed up by their decision to pose with their extended family members on the album’s inside sleeve. In the process, they created a new pastoral vision of rock. The group staked its claim to heartfelt subtlety and homegrown feeling right from the start, kicking off the record with wrenching, molasses-paced ballad “Tears of Rage.” The tracks that followed showcased in turn different aspects of the group’s kaleidoscopic brilliance: Levon Helm’s strutting backbeat (“We Can Talk”), Richard Manuel’s supple croon (“Lonesome Suzie”), Rick Danko’s wounded warble (“Long Black Veil”) Garth Hudson’s mad-scientist organ (“Chest Fever”) and the full ensemble’s effortless-as-breathing chemistry (“The Weight”). Music From Big Pink wasn’t actually recorded at the now-mythic Saugerties house it was named after, but the camaraderie and intimacy of the Basement Tapes era are all over the album.

The Band (1969)
If Big Pink was a collection of great songs, its follow-up felt more like a single sprawling tale told in chapters. The tracks introduced Faulknerian characters like proud Southerner Virgil Caine (“The Night They Drove Old Dixie Down”), an aging seaman and his trusty mate Ragtime Willie (“Rockin’ Chair”), and a hard-luck farmer turned card-carrying “union man” (“King Harvest (Has Surely Come)”). They also showed the Band further honing both their funky and forlorn sides — see “Up on Cripple Creek” and “Whispering Pines,” respectively — and deepening their back-to-the-land mythos with every violin whine, brass wheeze and raggedy harmonized chorus. As the rock world at large rushed toward a bright psychedelic future, the so-called Brown Album took its sweet time, immersing the listener in a scruffy, sepia-tinted past.

Hear a Pristine Recording of a Stunning 2002 Bob Dylan Concert 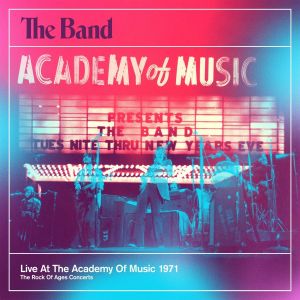 Those looking for a Band greatest-hits package might be better served by this live classic — originally titled Rock of Ages and later reissued in jumbo form — which documents their late-December run that year in NYC. All the familiar tunes are here; the standout feature is the addition of a five-piece horn section, arranged by New Orleans legend Allen Toussaint. The extra musicians, including jazz heavyweights Snooky Young and Howard Johnson, bring colorful commentary to “King Harvest,” Dixieland flourishes to “Across the Great Divide” and whimsical swells to “The W.S. Walcott Medicine Show.”

Bob Dylan and the Band, The Basement Tapes (1975)
The original Basement Tapes double LP (later expanded massively) remains integral to the group’s status as roots-rock patron saints. In that fabled room below Big Pink, the musicians helped Bob Dylan achieve some of his loosest, silliest, performances (“Million Dollar Bash,” “Tiny Montgomery,” “Please, Mrs. Henry”), as well as a handful of his most poignant (“Goin’ to Acapulco,” his rendition of Music From Big Pink opener “Tears of Rage”). And the tracks without Dylan, many of which were studio outtakes recorded after the actual Saugerties sessions, are just as strong, especially the swirling, psychedelic Helm-sung “Yazoo Street Scandal,” and Manuel’s free-associative blues “Long Distance Operator” and lovelorn plea “Katie’s Been Gone.”

Stage Fright (1970)
By 1970, drugs and toxic fame were already eating away at the Band’s famous early-years solidarity. But whatever was looming, the songs here are as strong as what came before, from lovely ballads “Sleeping” and “All La Glory” to Band-wheelhouse down-home rockers like “Just Another Whistle Stop” and “The W.S. Walcott Medicine Show.” On the title track, a future Last Waltz standout, Danko perfectly captured the mood of a pack of road dogs on the verge of burnout.

Cahoots (1971)
A little spottier than its predecessors, Cahoots still has high points that will make you wonder why it’s so often marginalized in discussions of the group’s output. Side One, in particular, is glorious, from festive roots-funk opener “Life Is a Carnival” to typically brilliant lead-vocal turns by Helm, Manuel and Danko (respectively, “When I Paint My Masterpiece, “Last of the Blacksmiths” and “Where Do We Go From Here?”), and “4% Pantomime,” a roaring duet between Manuel and Van Morrison that rivals anything else in the group’s catalog for rowdy barrelhouse charm. 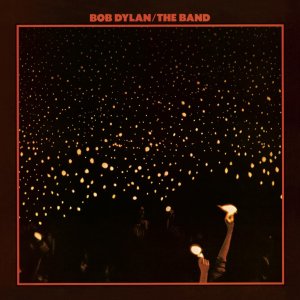 “A Certain Girl” (The Levon Helm Band, The Midnight Ramble Sessions, Vol. 3, 2014)
Helm’s loose, guest-star-studded Midnight Ramble shows, held at his barn studio in Woodstock, New York, gave fans a chance to witness a legend in the most intimate setting imaginable. For one 2007 gig, New Orleans R&B legend and Rock of Ages arranger Allen Toussaint turned up to sing lead on a 1961 Ernie K-Doe hit, with none other than Elvis Costello sitting in on guitar.