Led Zeppelin‘s fourth album is variously known as Led Zeppelin IV, Untitled, Four Symbols and Zoso, but its true title is formed by the four unpronounceable symbols chosen by each band member. Page did that to retaliate against writers, including several in Rolling Stone, who’d snubbed the band’s music: “After all we had accomplished, the press was still calling us a hype. So that is why the fourth album was untitled.” He also refused to give any interviews for a period of 18 months.

Thus, one of the best-selling rock albums of all time (23 million copies in the U.S., at last count) was fueled by the bandmates’ resentment; they were victors who felt like underdogs. The gatefold album design had no photos or band information, which was “professional suicide,” one industry expert warned Page, but it only added to the album’s – and group’s – still-enduring air of high-school-hallway mystery.

How Led Zeppelin Embraced Trippy Folk Side on 'III'

Most of the work was done in the winter of 1970–71 at Headley Grange, the ancient, damp, poorly heated country house Jones called “horrible.” Page, who meticulously produced Zeppelin records and was heard to declare, “I am the sound of Led Zeppelin,” made the house part of the production. By placing Bonham’s drum kit in a stone stairwell and hanging the microphones high above, he used the house’s natural acoustics to create the massive kick and snare sounds that open “When the Levee Breaks.”

“Black Dog,” named for a stray canine that often visited Headley Grange, was rooted in a riff Jones created after listening to the psychedelicized Muddy Waters album Electric Mud. The fast pace of the song is staggered, unsettled – it sounds like Page and Bonham are about to fall out of sync, and when the music drops out, Plant yelps a come-on to a “steady-rolling woman.” It’s a “blatant let’s-do-it-in-the-bath type” of song, he said. (The stop-time structure was inspired by Fleetwood Mac’s earlier blues hit “Oh Well,” another example of how widely Zeppelin listened – and borrowed.)

In a similar vein, “Rock and Roll” and “Misty Mountain Hop” (with an electric piano from the versatile Jones) were uptempo rockers that are still in heavy rotation on rock stations. The latter, which Plant later termed “hippie-dippy,” is a mischievous tale of being offered drugs in a park where people have “flowers in their hair,” an idyllic, Aquarius-era image that recurs in the plaintive, acoustic “Going to California,” inspired by Page and Plant’s devotion to folk singer Joni Mitchell, as well as their love of the West Coast. It’s another travelogue, in which Plant leaves behind a “woman unkind” and seeks a girl “with love in her eyes.” 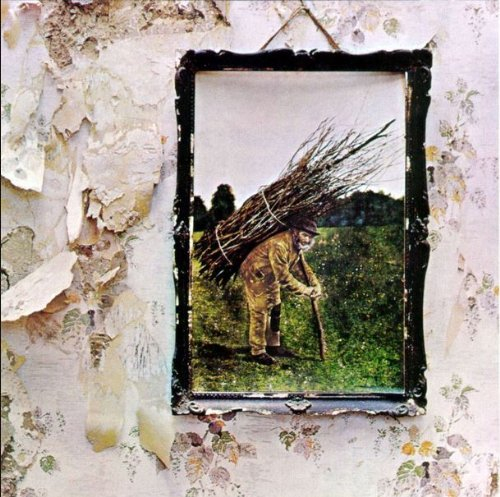 Between the concrete bookends of “Black Dog” and “When the Levee Breaks,” one song merges the dark and the light. “Stairway to Heaven” is probably the most-played rock song of all time, but initially, Zeppelin’s audience was skeptical about it. “The first time we played ‘Stairway’ live,” said Jones, “it was like, ‘Why aren’t they playing “Whole Lotta Love”?’ Because people like what they know. And then ‘Stairway’ became what they knew.” (Plant, too, initially saw “people settling down to have 40 winks” when “Stairway” arose in Zeppelin’s set.)

Everyone at Headley Grange thought the first take was perfect – except Page, a taskmaster when he wasn’t stoned to the brink of unconsciousness, who hinted that it could be better. “Bonham is fuming at this point,” said recording assistant Richard Digby Smith, and on the second take, “he’s beating the crap out of his drums.” The second take was the keeper. Page had been right.

“Stairway” is an eight-minute episodic jaunt that starts with acoustic guitar and Jones playing the recorder – a few different parts, harmonized – and climaxes with an electric roar. The song “crystallized the essence of the band,” Page said. Plant, the least nostalgic member of Zeppelin, somewhat dismissively called it a “nice, pleasant, well-meaning, naive little song.” He wrote the lyrics quickly and almost instantly, according to Page, reversing from a cynical first line to a mysterious but optimistic tale of reflection and rejuvenation. “I think it was the Moroccan dope,” Plant joked. Zeppelin were so proud of the song they printed the lyrics on the inside of the album jacket, a first for them. (Page found the typeface in an old British fine-arts magazine called The Studio, which dates to the late 19th century.) Radio stations asked the band’s label for an edited version of the song; Zeppelin refused to compromise, and DJs relented, playing it in full, especially when they needed a bathroom break.

At first, the essence of Led Zeppelin seemed to be brutality. It was a “very animal thing, a hellishly powerful thing,” in Plant’s words. Then fortuitously, in the next decade, each band member developed his own unique power. Plant added questing lyrics to his high, keening wails of abandon. Page emerged as one of rock’s most adventurous and imaginative producers, and turned out epic guitar riffs like he was an assembly line. Jones played every instrument short of the kazoo, fortifying and expanding the band’s weaponry and arrangements. And Bonham, until he died in 1980 from drinking too excessively and living too extravagantly, fluidly navigated odd time signatures and played with consistent jackhammer force.

All of this craft, wisdom and daring is evident on Zeppelin’s fourth album. Page, continuing to hold his deserved grudge against music magazines, claims that even the band’s most popular record got slammed by critics when it was released. The LP immediately dominated radio playlists, and in many cities it still does. The music long ago ascended to mythic proportions. In the 1982 film Fast Times at Ridgemont High, written by Zeppelin fan Cameron Crowe, the sleazy ticket scalper Mike Damone tells a younger, naive friend the secret to getting into a girl’s pants: “When it comes down to making out, whenever possible, put on Side One of Led Zeppelin IV.”