Howdy folks, and welcome back to the umpteenth installment of these weekly recaps, where the objective is pretty plain: communicate our affection for WWE by way of bitter cynicism and occasional enthusiasm, but never without unhealthy passion and interest. Last night was chapter two of the so-called “New Era,” though we were treated to some old-school faces from the recent (Paul Heyman) and relatively more distant (Jinder!) past, and the show generally settled into its familiar, PG-era paces. But, prevailingly, some momentum started to build toward SummerSlam. Brock was bouncing and snorting, Kevin Owens and Sami Zayn truly seemed to drift their separate ways, and Roman and Rollins each threatened their latest rival with wet locks and Brill-o-like beard. But before the 2 Man Band readies its Rock and Roll Mahal off Fame speech, here are the five key insights (in addition to the usual accompaniment of Twitter-friendly sidebar fodder) I took away from the August 1, 2016 edition of Raw.

5. Ric Rolled
Tough night for the elder Flair. First, he’s the subject of a (presumably pre-approved) Sasha Banks barb about his notorious promiscuity (see “Line of the Night” below). And without missing a beat, his own daughter intimates that he’s convalescent in a nursing home. But worry not for the Nature Boy. We all know he’s living it up behind the mike for MLW Radio. Moreover, Charlotte’s minimizing of her dad’s accomplishments would ring truer if she didn’t still strut like him, “Wooo!” like him and wear flowing monarchial robes to the ring like him. Seems like that shadow looms pretty large, no matter how persistently his daughter’s rhetoric aims to cast it out.

4. Stop Saying, “You Deserve It”
Seriously. And that’s not to suggest I’m not fond of Sasha Banks (not as much as Enzo Amore, but I admire her) or that those close to her wouldn’t be justified in making a case for her deservedness. But at this stage of Banks’ career, a “You deserve it” chant is more of an affirmation of her character’s narrative than a proportionate outpouring to years of rooting for the real Mercedes Kaestner-Varnado. Alas, this New Era’s coinciding with the tiresome trend of wincingly earnest, indiscriminate, often oddly patronizing crowd serenades for anyone who does anything other than suck. We can all agree Sasha is, objectively awesome, but maybe it’s time we retire that descriptor and just call her fierce.

3. Rusev Can Rebuild Him
If this doesn’t endear Roman to the fans who rain down boos, we can all agree it’s high time for Raw’s newest heel. Credit to WWE for first biding their time while Rusev himself refurbished his intimidation factor after the failed League of Nations fiasco and an ill-advised split from his lady love, Lana. This had to have been the plan going back several months, regardless of that little hiccup with the was-it-or-wasn’t-it-a-work wellness suspension. Reigns wasn’t going to get back over with a rushed re-claiming of the World Heavyweight Championship, but keeping him in the title picture made it clear he’s a main eventer. Ipso facto, so now—once again—is Rusev, while the Bulgarian Brute couldn’t possibly be a more credible and toxic foil to help give Superman’s popularity some punch. 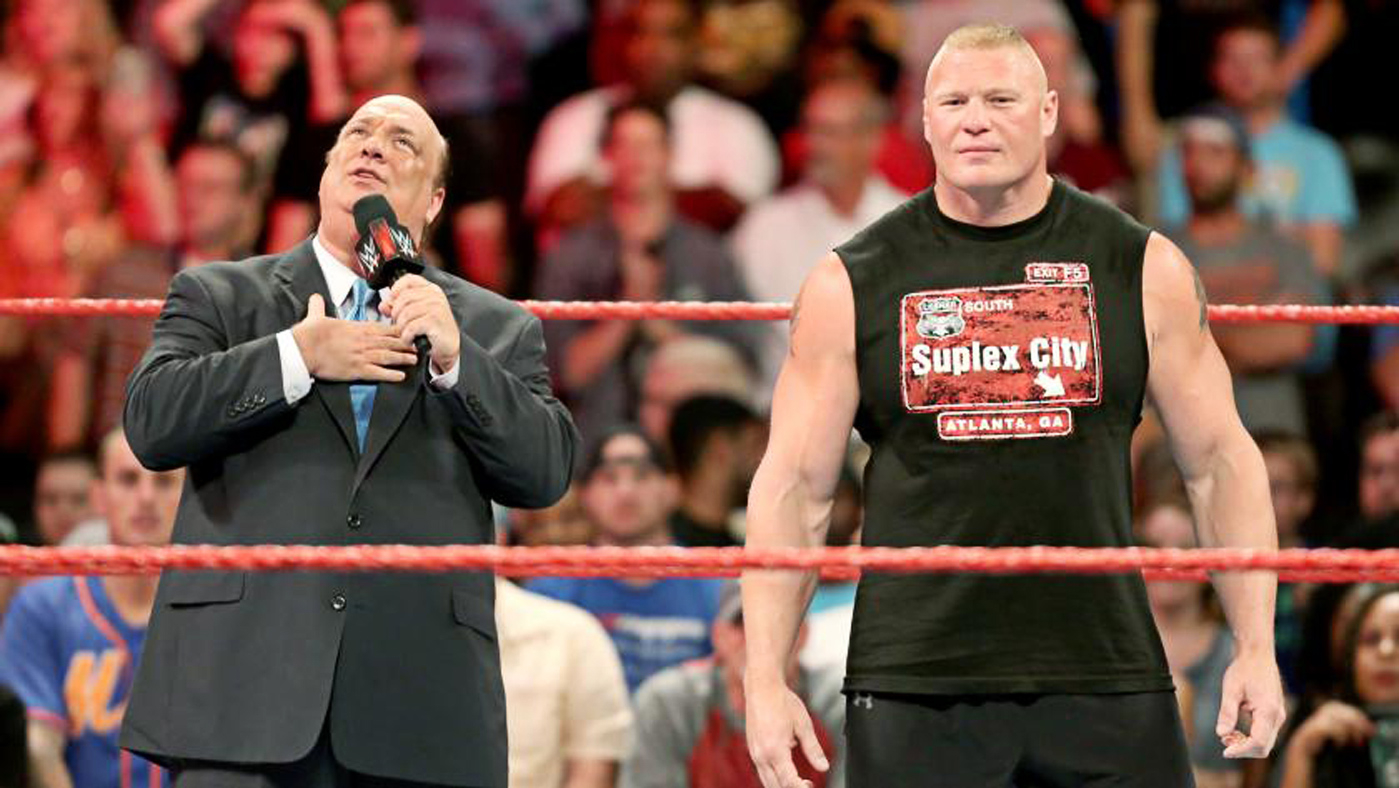 2. That’s Some Fine Randy-Work
There’s only so many ways to reinvent the wheel with Randy Orton. That’s why appropriating a fan-generated meme as his new calling card was a pretty-much genius—if a tad cynical—ploy for the WWE universe’s unquestioned loyalty upon his return. Sure, revelations about Brock’s alleged doping while detouring back into UFC had tarnished his mystique a bit, and that certainly helps Orton’s cause. And Paul Heyman is always at his best when representing himself as an oily mouthpiece for monsters among men. Still, I gotta say, while the #outtanowhere re-branding is shameless, it’s also revealed yet another layer in Randy’s evolution.

1. Finn, Lose or Draw
Man, I really wasted that pun prematurely, and nonsensically. So in an effort to bring things back to order, I shall merely say this: Watching Seth Rollins and Finn Bálor (damn him and that accent over the “a”) stare each other down, something seemed kind of fishy. There was no palpable heat between these two, and maybe that was by design. Bálor’s asinine assertion that Rollins didn’t earn his chance to be the first Universal Champion was almost too easy for his adversary to dispute. Last week, I’d wondered aloud if maybe Reigns and Rollins could reconcile their differences and do battle with whatever evolves into the Bálor Club. But was I seeing this all wrong? (Never.) Could there be some co-conspiring going on between the Demon and the Architect to their mutual benefit? That mystery will have to suffice in lieu of any personal beef, but it also underscores what’s often so fun about watching WWE’s creative fly by the seat of their tights. So long as a thus-far deadpan Bálor wasn’t being literal about handing Seth his own ass.