Why Does American Sports Have a Latino Problem? - Rolling Stone
×
×

It’s more than a little daunting that, while 55 million Latinos make up 17 percent of the current U.S. population, their number across most major American sports remains staggeringly low. Major League Baseball is, of course, an exception, where according to the Institute of Diversity and Ethics in Sport, Latino players represented upwards of 28.5 percent of the league on Opening Day 2016. But as Latinos continue to grow in power and influence in areas ranging from politics to pop culture, it’s a wonder we don’t see them reflected more in professional, televised sports. And it’s not because they aren’t paying attention.

According to a Nielsen report, 94 percent of Latino males are sports fans, and 56 percent of those consider themselves dedicated fans. Furthermore, Latinos are twice as likely to attend a sporting event at least once a week – in some surveys outnumbering every other race in NBA engagement. This past March, the NBA held its 10th annual Latin Nights program, which featured nine games celebrating fans and players in predominantly Latino neighborhoods across the nation. It’s the league’s attempt at connecting with a massive support base through special events and telecasts. But in 2015, Latino players composed only 1.8 percent of NBA rosters, and most of them are imports from other countries.

Then there’s the New York Knicks’ Carmelo Anthony, who this summer became the first men’s basketball player ever to win three gold medals in the Olympic Games. Most people identify Melo as black, while his Afro-Latino heritage often gets overlooked. But he is, in fact, half Puerto Rican, and his father – who died when Melo was two years old – was a member of the Young Lords, an activist group that fought against social inequality in the Sixties and Seventies. Melo doesn’t hide his background, and the Puerto Rican flag tattooed on his right hand serves as a reminder of his rich Latinidad. In 2008, Hispanic Business magazine named him one of the 100 most influential Hispanics in the United States. “I didn’t really expect to be on that list,” he’d said then. “I don’t think a lot of people know that side of me.” Eight years later, this still rings true.

U.S. Men's Tennis has a Diversity Problem - But What's Being Done to Fix It? 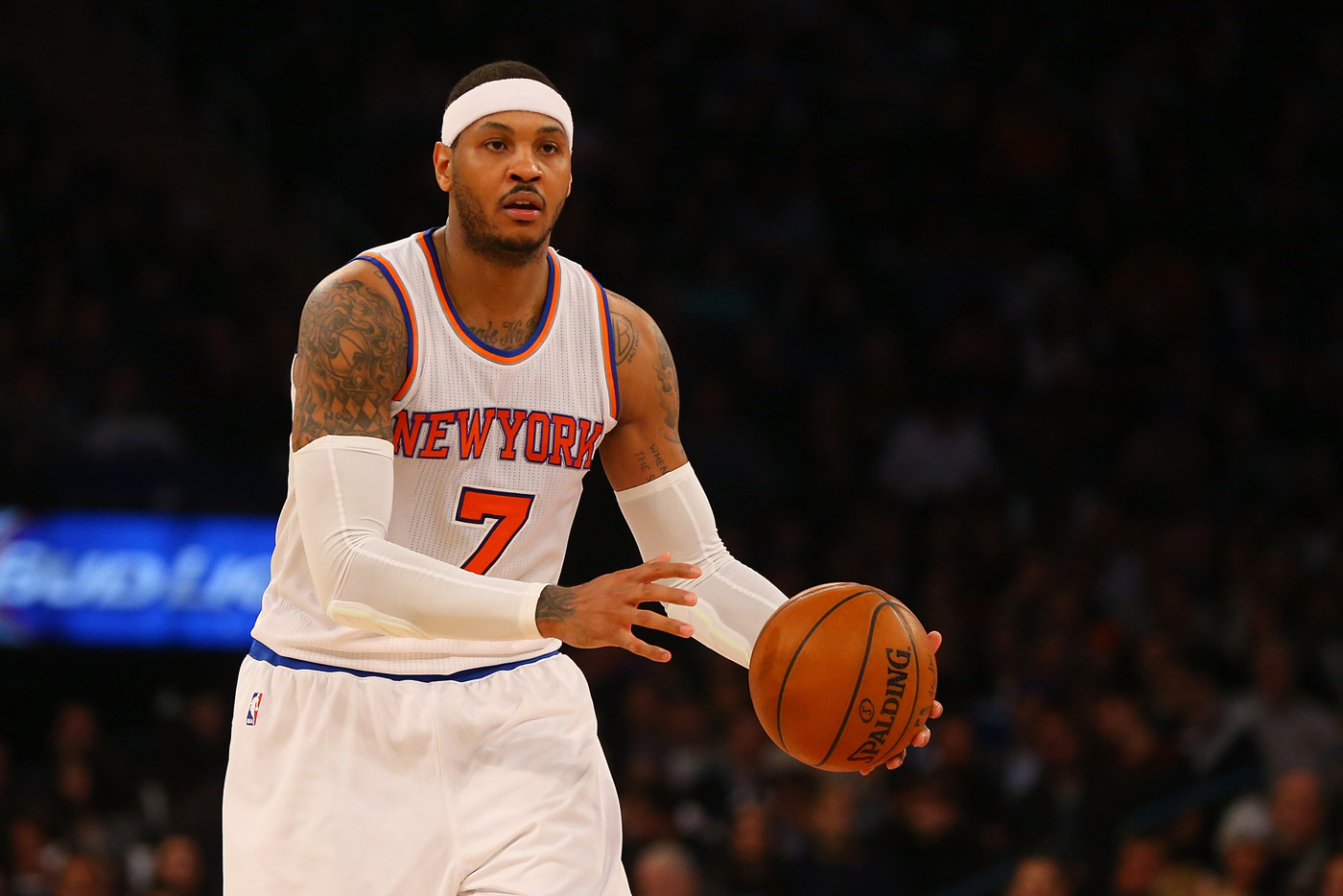 Although African-Americans and Latinos have long coexisted in urbanized communities around the United States, non-Hispanic blacks significantly outnumber Latinos, and every other people group, in professional basketball and football. In 2015, black players made up an astounding 74.4 percent of the NBA and 68 percent of the NFL, respectively.

To understand where this lack of Latino representation in basketball and football comes from, you have to look back.

One factor that differentiates the black and Latino experience as it relates to athletics is that historically black colleges and universities have recruited top prospects in several mainstream sports for decades. And while HBCUs have struggled over recent years to compete with larger schools offering handsome scholarships, there have been a host of notable athletes – from NBA stars Charles Oakley and Ben Wallace to NFL greats like Walter Payton and Jerry Rice – who are products of those efforts. Over the years, a pipeline was built by HBCUs that, though not as deeply felt as it once was, still carries into the present day.

According to an analysis published this year by Pew, U.S.-based Latinos are making big strides when it comes to college enrollment, with 35 percent of students ages 18 to 24 enrolled in college in 2014. But almost half of them are attending two-year community colleges, which typically don’t have sports teams. It’s no secret that Latinos consistently dominate in contact sports like boxing and MMA, where college participation is not a requirement.

Generally, in many Latino communities, and especially in immigrant households like the one I grew up in, sports are not viewed as something to seriously pursue. And Latinos may be some of the most bombastic, spirited fans, the fact that we don’t see ourselves reflected more on the court, the football field, nor, dare I say, the hockey rink, can frustrate some from trying to reach the next level. But this is slowly changing, with NCAA basketball seeing a huge spike in Latino players ready to make their mark.

Sports are a connective tissue that bring people together from all backgrounds, and it’s important to continue pushing budding Latino athletes to compete. The talent is there, in some cities overwhelmingly so. It’s just not being showcased and encouraged on a broader scale. Powerhouses like 16-year-old Puerto Rican gymnast Laurie Hernandez are breaking barriers, serving as much-needed inspiration and a reminder of what can be accomplished through hard work and the right support. But this doesn’t mean there won’t be opposition. Our current cultural and political moment makes that clear.

Earlier this year, students at two Midwest high schools unleashed Trump-inspired insults at their Latino opponents during basketball games. “Build a wall! Build a wall!” fans chanted at Andrean High School in Merrillville, Ind., directing their hate-speech at Bishop Noll Institute’s Latino players. Some went so far as to dress up as TV anchors on a makeshift sideline TV set for “ESPN Deportes,” the Spanish-language channel. Just days earlier, students at Dallas Center-Grimes High School in Iowa shouted “Trump! Trump!” during a basketball game against Perry High School, which boasts a more diverse student body. But this is nothing entirely new. It’s the manifestation of a hatred that has long existed and is now being brought to light for others to see.

The fact is, in a time of so much concentrated anti-immigrant and anti-Hispanic rhetoric, young Latinos need to see more relatable heroes that can model a path for them in the world of competitive sports. Ultimately, we need a more pronounced multicultural presence across the board so that our rosters can better reflect what America actually looks like now. Come to my neighborhood, or any neighborhood like it on any given Saturday, and you will see future superstars holding their own. And maybe one of them, if provided with the proper support from parents, coaches and mentors, could even be the first Latino NBA MVP in history. Nothing would be more American.