When asked why he became interested in skateboarding, 14-year-old Japanese prodigy Isamu Yamamoto points to his hero and the Godfather of modern street skating – Rodney Mullen. “He is the reason. He inspired me and made me start,” says Yamamoto, whose life was changed when he first discovered footage of Mullen. At age fourteen, Yamamoto took first place last week at the World Freestyle Round-Up Skateboarding Championships in British Columbia, Canada – a contest that hosted 65 competitors representing 15 countries. “The way he links his tricks together and the speed of them – it’s beautiful to watch,” says Mullen, who was a special guest attendee. “I would dare say that not many could do that, in that way, if they tried.”

Yamamoto recently had the opportunity to work with director Brett Novak in Japan, where the two toiled tirelessly in and around Osaka and Kyoto. The resulting film, ISAMU: A Short Skate Film, features Isamu skating amid Japanese temples intermixed with diverse countryside landscapes – a compelling film rooted in the beginnings of freestyle skateboarding. “I’m a huge fan of showcasing not only the skateboarder, but also the culture. I live in Los Angeles, but I don’t exactly love filming in Los Angeles. Skateboarding is a global activity and I hate pretending it’s not.”

Filming in Japan didn’t come without challenges, says Novak. “There was not only a generational and cultural barrier to work with, but Isamu doesn’t speak English,” tells Novak. “And my Japanese is limited to essential traveler’s survival words.” The two worked mainly from gestures that would imply for Yamamoto to do it again or get a cleaner one.

Over the past six years, Yamamoto has made it his obsession to become more like Rodney Mullen. So we thought it would be fitting to sit down with Mullen to gain some insight to the film and Yamamoto’s virtuosity.

You won your first world championship at age fourteen – Isamu is now fourteen. What was your first impression after seeing him skate?
Isamu is clearly a wunderkind, for sure. He certainly has a presence about him and – what I can say from my background – he has talent beyond his years. He has prodigy style, but he also has wisdom of someone much older. I see that in his approach and in his competition runs. And that is something you can see in guys like Daewon Song and Guy Mariano – these guys always have a compass and they’re always focused on the right things to do. Isamu, being as young as he is with this kind of wisdom, certifies to me he has a genius to him. He has all of that and a good heart – the whole package.

You were at the World Championships in Canada. What was it like watching Isamu doing hang ten 540’s and one-foot 360 spins – stuff similar to what you were doing in contests during the 1980s?
When you see street skaters, they will map together a line where there is continuity of movement—a switch backside 180 flip combined with a frontside flip, for example. You see symmetry and consistency. Tricks move with a certain grain – to a musician, it would be something like a tonal chord. Isamu has continuity, tempo and acuity that most others do not. He strings things together with competence, flow and unparalleled timing. That was something that no one held a candle to. 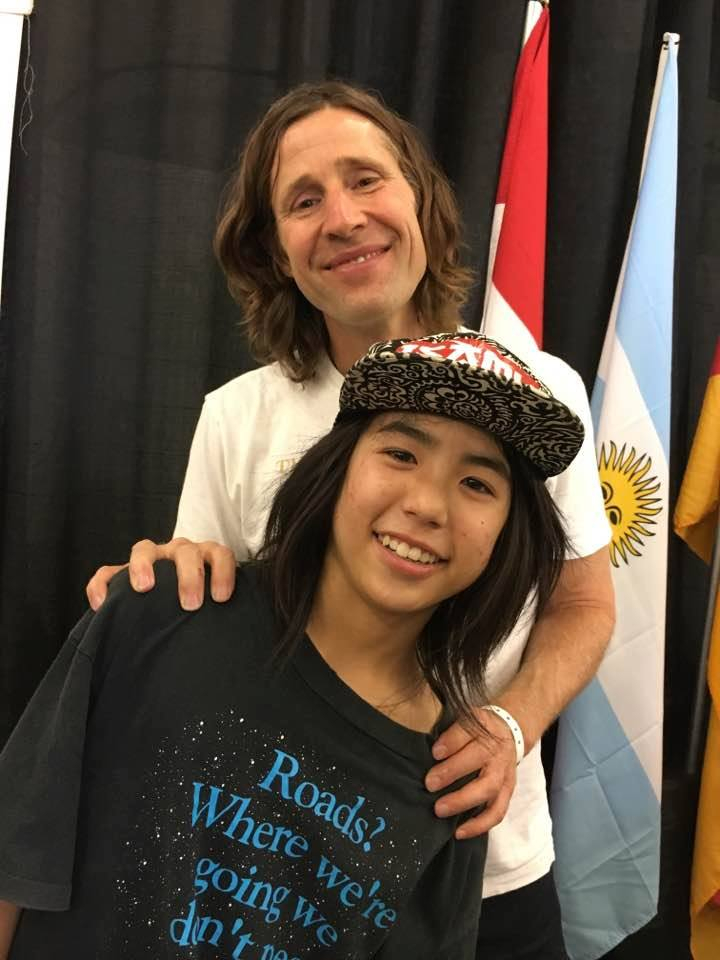 After watching the film, with your background, what is it that you think makes him distinct as a skater?
Isamu pays for his tricks up front—he puts in all the work ahead of time and is ready to execute. For example, in his rail-to-rail tricks—there is a rudimentary way of doing them where your body stays static so you always have visual contact with the board. And there’s another way of doing them by jumping against the direction the board is turning— the harder way. Isamu was the only one I can recall that jumped with a blind spot during a contest run, which is a mark of that wisdom—it comes with a much bigger payoff.

In his winning contest run, and in the film, I see some very definitive Rodney stuff – Isamu has obviously done his homework, learning from your tricks, movements, and body posture. What’s your take on that?
That’s right, and thank you for that. I get personally excited to see that. He came up to me in Canada, so bright-eyed. He had done a painting for me. So I had him sign it for me, and I signed his board. The whole thing was a huge honor for me, with the new generation, to be witness of it all.

What was your overall impression of the film?
Isamu is one of the most impressive freestyle skaters of his generation. To see the progression and growth of modern freestyle, and have Brett Novak capture it, with Brett’s gifts, I love what they’ve done with this video—so much so that I hope to work with Brett some day.