When Usain Bolt smashed the 100-meter World Record in Berlin of August 2009, it was both expected and unexpected. In Beijing of August 2008, Bolt ran the 100-meter in 9.69 and beat the rest of his competitors by a mile. In August 2009, he ran it in 9.58, which led to him becoming the fastest man in the world. Wearing the green, yellow, and black of his country’s flag, Bolt raced around the track with his arms outstretched as if his record time wasn’t enough evidence that he could take flight. What made his achieving more astounding was that Bolt stands at 6’5, meaning that he had to exert more energy to lift off and combat wind resistance once the starting gun discharged. His biggest competitor at that time was Tyson Gay, a black American who stands at 5’10 and broke the national record at 9.71 at the same race. The showcase of black excellence is further strengthened due to these accomplishments taking place in the same stadium where Jesse Owens won four gold medals during the 1936 Olympics. It was a historic moment for black people across the diaspora.

But for Jamaicans, Bolt’s victory stimulated national pride and undermined American exceptionalism. “I think he is very significant in expressing how Jamaicans feel about themselves,” says Dennis Boothe, a lawyer who grew up in Kingston. “Almost like validation that we all can excel on the world’s stage despite being such a small country. There’s a lot of satisfaction knowing that despite their best efforts he’s been able to beat American sprinters on the biggest stage in the world.”

Not to mention, Bolt has remained unscathed from the doping controversies that have plagued American track and field stars, such as Marion Jones and Tim Montgomery. On the international stage, Bolt’s supreme athleticism not only shows Jamaicans but also black people of the diaspora in a positive light. But because Jamaica specifically is a predominately black nation, where those of black descent make up over 92% of the population, where racism is not so much of a glaring problem as it is in the states, Bolt’s meteoric rise did more to bridge the class, not the racial, divide.

Bolt grew up in Trelawny Parish, a rural neighborhood in northwest Jamaica that is said to be the yam capital of the country. A little over an hour from Montego Bay and over three hours away from the nation’s capital, Trelawny is a flat parish with wide open plains, possesses a natural reserve of flora and fauna in Cockpit Country, as well as many sinkholes, caves, and rivers. The parish is also well known for being the birthplace of many track and field world record holders, such as Michael Frater, Marvin Anderson, and Veronica Campbell-Brown. This pattern has led some Jamaican publications to question if Trelawny is the most athletic parish in all of Jamaica. Bolt grew up there and studied at Waldensia Primary School, where many of the pupils come from poor rural backgrounds. Three of the biggest sports in Jamaica are track and field, cricket, and football (soccer).

“Bolt basically got his start on the dirt track of his primary school,” Kristina Phillpotts-Brown, from St. Andrew Parish, explains. “It’s a sport that poor people can do. A lot of the famous runners here grew up really poor. Shelly-Ann Fraser Pryce, who was the fastest woman, grew up really poor. Merlene Ottey didn’t have that much money. Pretty much all of them that I can think of came from humble beginnings… I think there is a class distinction. Middle class athletes tend to do swimming or play squash Like Aliya Atkinson, the Olympic swimmer.” 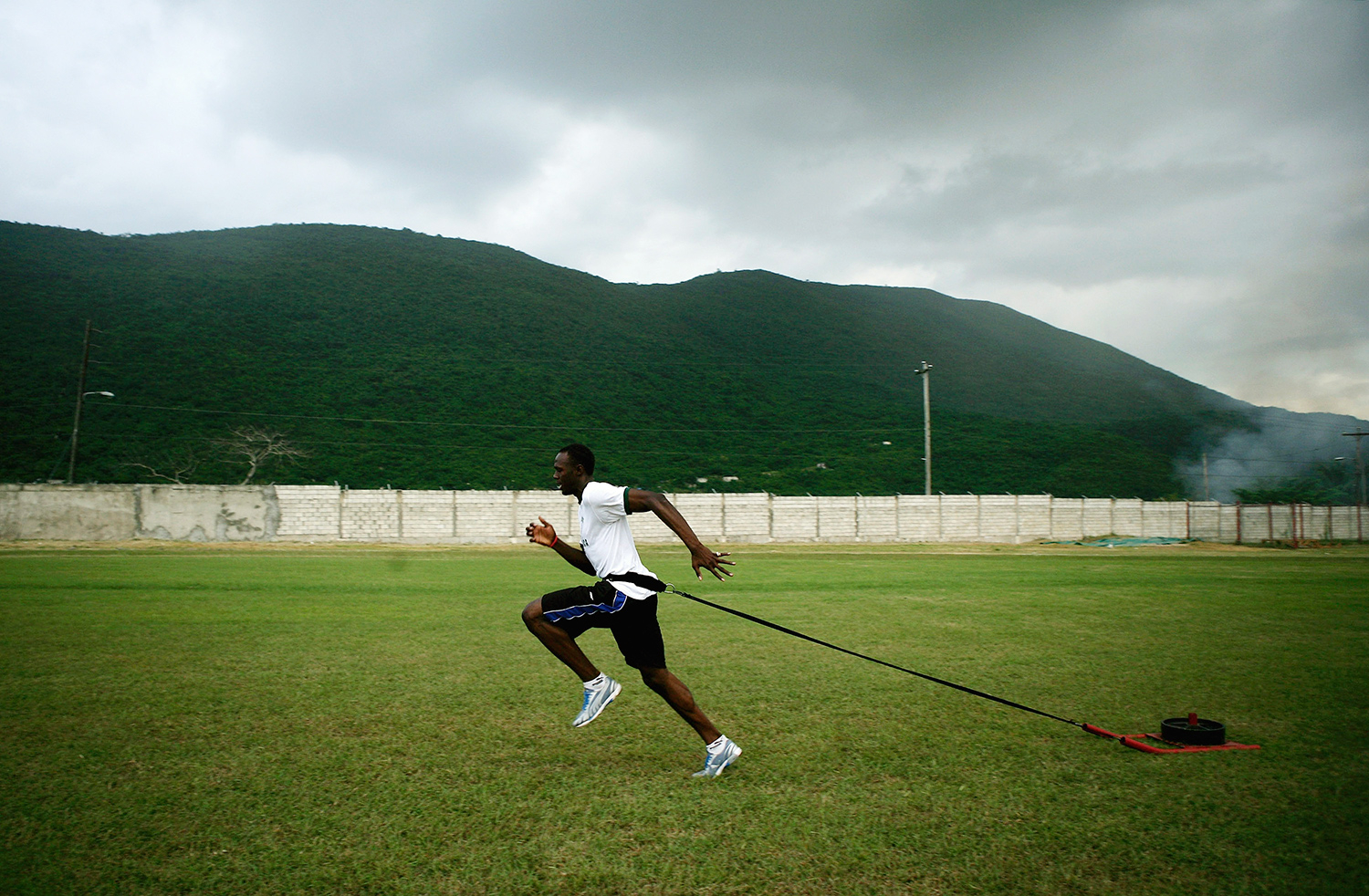 His modest beginnings increased Bolt’s likability because many found him to be relatable. In fact, in a GQ profile, Bolt attributed his success to yams. Damon McLean, the Jamaica Faculty Representative of Track and Field, is from Trelawny Parish like Bolt and believes that Bolt’s popularity is due to Jamaica growing from the inside out, both educationally and economically: “All the ads that Bolt does – he tries to do them in Jamaica and that’s unlike everyone else because a lot of producers will try to shoot elsewhere. Gatorade and Puma have to shoot here and give jobs to people.”

Personality-wise, Bolt is often described as fun-loving and affable which further drives home his appeal. He regularly gives to charities, such as the Small Steps Projects, which helps children living on landfill sites, as well as his own foundation that stimulates educational and cultural development. In addition, Bolt inspires young Jamaican athletes to not have to go abroad to train. Because track and field is a sport that any Jamaican can do irrespective of class, it motivates children to do their best in a sport that is already highly revered. The biggest athletic competition in Jamaica is called “Champs,” where track and field runners ages 10 to 19 compete. For five days straight, the competition is broadcasted live, front pages document the event, and 35,000 seats are filled at the National Stadium in Kingston. Every famous Jamaican athlete, such as Shelly Ann Fraser, Don Quarrie, and even Bolt, got their start at this competition. But it was only after Bolt’s ascendance that the rest of the world began to pay attention, like The Guardian and the International Association of Athletics Federations.

Many Jamaicans arguably match Bolt and Bob Marley in terms of influence. Sharine Taylor whose mother is from Trelawny says, “There are national heroes like Alexander Bustamente, Norman Manley, Nanny of the Maroons, and their legacies will never be forgotten but Bob Marley and Usain Bolt are like international Jamaican heroes, you know? I think music and athleticism are deeply tied to our culture.” Like Bolt, Marley grew up in the rural countryside, in the mountains of St. Ann Parish in a place called Nine Mile, and later moved to 56 Hope Road in Kingston, where his transition into the upper class Jamaica neighborhoods were initially met with disdain. When asked how did it feel living a few doors away from the Governor, Marley famously replied, “Sistah, I bring the ghetto uptown.” Marley’s confidence to find a place in a calcified part of Jamaica society is a precursor to Bolt’s move and the backlash he would soon face.

Unlike the runner, however, Marley’s ostracism from his uptown neighbors was attributed to his rural background as well as his Rastafarian beliefs, which were less accepted in the 1970s. However, decades later, the elitism still exists. Last year, Bolt moved into Norbrook, an upscale Kingston neighborhood where homes regularly sell for over a million dollars and gated communities are quite common. Because of its proximity to the American International School, Norbrook is an attractive place for diplomats and the well-to-do. One of Bolt’s neighbors happened to be Sean Paul. His wife, Jodi Stewart, was not a fan of living next to the legendary athlete. Aside from having a problem with Bolt’s parties, “loud horrid music,” and “screams,” Stewart said, “I honestly wish he would go back to where he came from. He’s a horrible neighbour…I honestly cannot believe the set of UPT (uptown) that have him as poppy show in parties or on their boat.” Although Stewart later apologized for her remarks, her initial opinions unearthed the heavy subject of class divide in Jamaica. 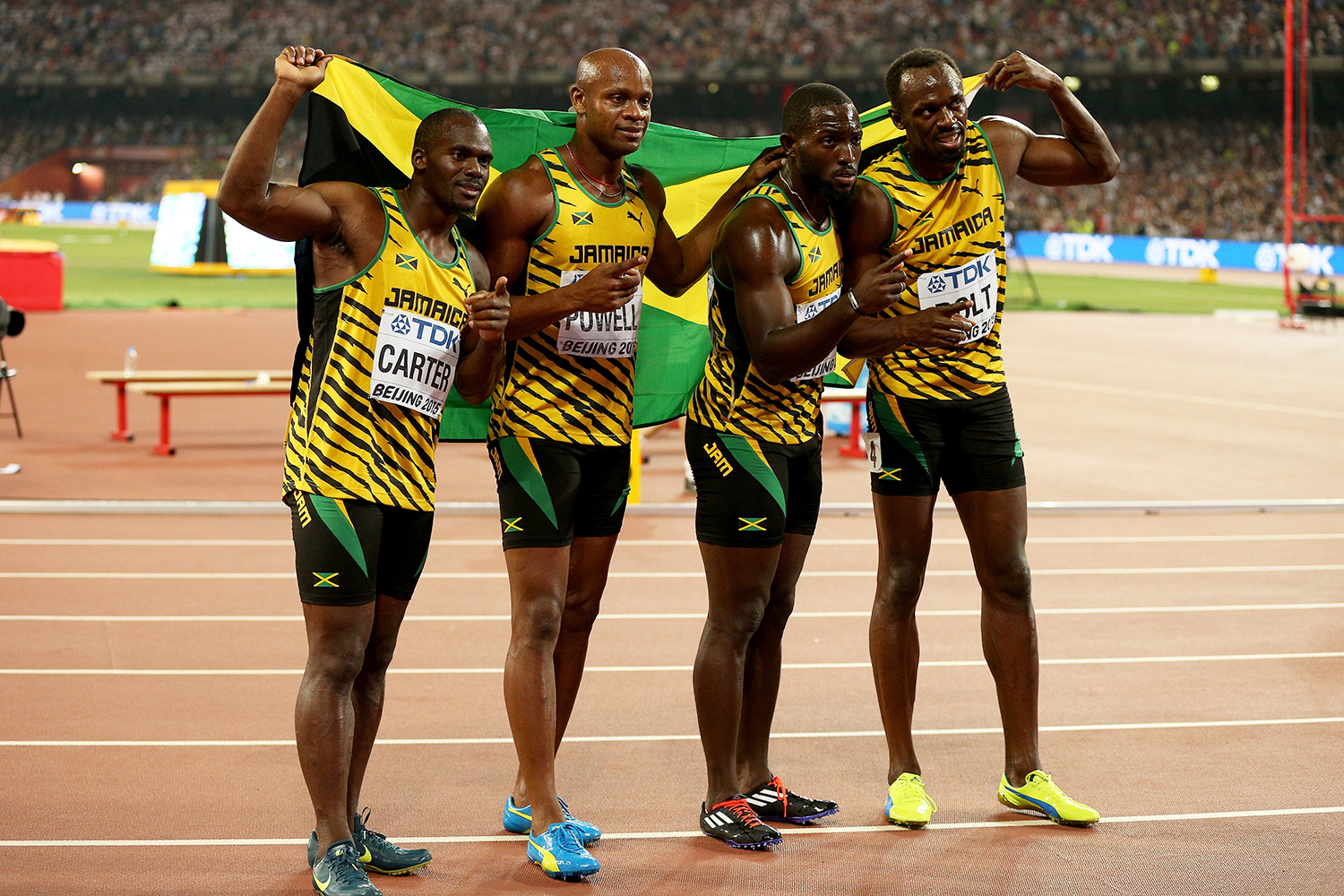 Anya Lewis-Meeks, an MFA student and Princeton grad who’s from an upper middle-class background in Kingston, thinks of the controversy, “If he was from a different class, the support for his success would be less reserved, but I just think that Jamaicans are quick generally to view success of our people with skepticism and scrutiny. I think that scrutiny is heightened when you speak differently than other Jamaicans/come from particular backgrounds.” Bolt’s move into Norbrook, similar to Bob Marley’s move to Hope Road, demonstrates the collision between old and new money. Colinford King Mattis said of the interaction, “Just because he’s able to excel on an international platform, that doesn’t mean he can be in their elite society. But by virtue of him succeeding in athletic competition, he gave him money and that buys him access. A good paradigm to put around it is new money versus old money. He can buy a nice fancy house but since he’s not old money, he’s not refined. He doesn’t get automatic membership.”

But the other element to this story is that Jodi Stewart is not only an upper class Jamaican, but a light-skinned one as well, and in a country of only three million people, there is a strong prevalence of lighter-skinned Jamaicans being in the upper echelons of society. Bolt’s presence along with the associative fame and fortune involved presents a medium between the haves and the have nots, while also bringing to light the uncomfortable subject of exclusivity. Karice Rhule from St. Catherine Parish, which borders Kingston, says of the sticky subject, “He has always been highly respected for both sport and non-sport contributions to Jamaica, but those contributions did not seem to guarantee his immediate acceptance into certain circles. Classism is a taboo subject but there has been significant discourse about it in the past year or so. The Bolt controversy brought it to the forefront actually.” In America, the idea of respectability politics is often defined as the pressure for marginalized groups to conform to white people. But in a different cultural and national context such as Jamaica, in Bolt’s case, despite having money and access, to those like Jodi, his humble beginnings still do not afford him to be on her level.

While Bolt intends to retire after the 2017 World Championships, making Rio 2016 his last Olympic games, that doesn’t mean that his work will stop there. In a recent profile with The Telegraph, Bolt spoke of his investments in real estate and other businesses, and perhaps even some film and television work, to keep him both visible—and wealthy—for the rest of his life. But aside from lucrative projects, Bolt’s representation for Jamaica is overwhelmingly great. He has shown Jamaicans that they can compete on the world stage and can stimulate their country from the inside out, whether it’s through advertisements being shot on the homeland or charitable foundations. It may be too ambitious to say that he has destroyed his nation’s class divide because older feelings will prevail but it is appropriate to monitor how his triumphs have bridged a gap between the rural versus uptown, the old money versus new money, the rich versus and poor. Bolt stands—or perhaps runs—through the intersections of many socioeconomic and geographical binaries and this is what arguably makes him so brilliant and well loved.