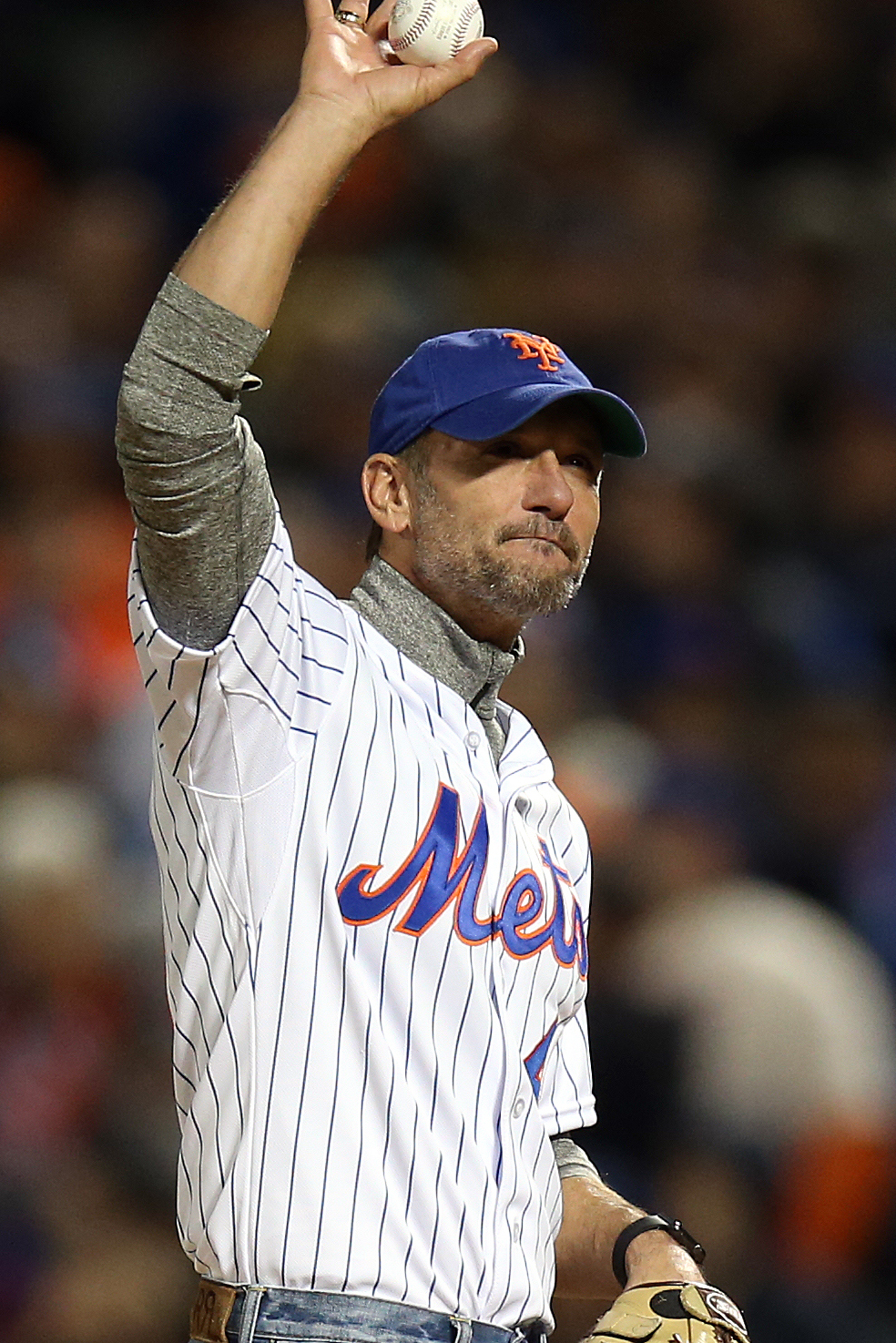 As a small child in rural northeast Louisiana, Timothy Smith had a baseball card on his wall: Tug McGraw, star pitcher for the New York Mets and later the Philadelphia Phillies. He was “a big fan” of the hard-throwing left-hander McGraw, the man who would famously go on to coin “Ya Gotta Believe!” — the Mets’ beloved catchphrase. But only after discovering his birth certificate at 11 did the boy who would change his name to Tim McGraw come to learn that the man on his wall was actually his father.

“Once I found out it certainly made me dial into baseball even more,” McGraw tells Rolling Stone Country. The singer was in New York City, or more specifically at the Mets’ Citi Field, to throw out the first pitch of Game Three of the 2015 World Series between the Mets and Kansas City Royals. (The Royals went on to win in five games). He was also in attendance to honor his late father. It was the former though that was giving him a bit of anxiety. “I haven’t warmed up tonight but yesterday I threw with my wife [the country artist Faith Hill] in my back yard,” McGraw says with a laugh. “There’s some nerves. Just gotta get it over home plate.”

Paying homage to his father, with whom McGraw grew close until Tug’s passing in 2004, at age 59, had the “Top of the World” singer feeling nostalgic about the game he loves.

Baseball, McGraw says, proved fertile ground for him and his father to bond following years spent apart. “We talked a lot about baseball once I got to know him,” McGraw says. “We called it ‘choir practice’ when we got together; we’d hang around at night with a few Jameson’s and talk about baseball.”

Soon after learning of the true identity of his birth father, a teenage McGraw watched baseball with a different perspective. “I remember watching that ’80 World Series [between Philadelphia and Kansas City] on my couch in Louisiana with my buddy Lance Butler, who was my high school coach, watching Tug strike out Willie Wilson to win the World Series,” McGraw remembers fondly. A few years later, however, McGraw got his first true taste of his father’s outsize fame. “The first time I ever came to New York I rode up in a limo with Tug from Philadelphia,” he says. “And we rode up with [Tug’s Mets’ teammate] Rusty Staub and had dinner at Rusty’s restaurant and everybody was coming over asking for autographs and pictures with he and Rusty. I thought, “Wow, this is a whole different world!'”

McGraw, 48, who is set to release his 14th studio album, Damn Country Music, this week, maintains his baseball fandom. He and his wife frequently attend their daughter Audrey’s junior high softball games — there’s even a softball field named after him in Rayville, Louisiana.

“To come out of a small area with all the support that I have… it’s just a great community that I grew up in,” he says. “I’ve been pretty fortunate.”