The NBA and 'I Can't Breathe': A Controversy at a Crossroads - Rolling Stone
×
×

On December 6, Derrick Rose’s warm-up attire before a game against the Golden State Warriors included a shirt featuring the phrase “I Can’t Breathe” – the last words of Eric Garner, an asthmatic man who was suffocated to death by police. Rose, in adding his opinion to a nationwide debate on police brutality and race, inspired a legion of other NBA players, including Kobe Bryant and LeBron James, to do the same.

Aside from the insinuation from one Chicago sports-radio host (there really is a life-affirming quality to watching a cliché come to life) that Rose didn’t understand the ramifications of the statement he was making, or, at the very least, couldn’t explain them (Rose would prove him wrong on both counts, by the way), the general reaction has ranged from supportive to indifferent.

NBA Commissioner Adam Silver released a statement that tepidly endorsed Rose and other players “for voicing their personal views on important issues,” but came with the caveat that his “preference would be for players to abide by our on-court attire rules,” so as to not upset the folks that might be in the market for a Kia. You can certainly understand his precarious position – Silver knew he had to say something, but it would be best if that something sounded like nothing.

The Police in America Are Becoming Illegitimate

At GQ, Bethlehem Shoals stated, “If their behavior comes across as boring or uninspiring, it’s because real work is getting done. Athletes may not be leading the charge – they aren’t putting themselves out there or bearing any burden. They are, however, a good barometer for popular opinion, in much the same way as politicians. And when a formerly controversial, or at least touchy, stance becomes the norm, that’s the definition of change.” Will Leitch of Sports on Earth went so far as to assert that activism from professional athletes is quickly becoming the new normal.

These are cogent views. It’s good to see NBA fans avoiding the same establishment-driven “stick to sports” quips that were once so popular. And it’s even better to see that athletes are increasingly comfortable with leveraging their cultural cachet to bring societal issues to light, opening themselves up to the risk of falling on the unpopular side of a debate.

But I worry that optimism is based on the premise that the demographics of NBA fans are parallel with society. They aren’t. The New York Times and The Atlantic reported that roughly 45 percent of NBA fans are black, “three times higher than the NFL or NCAA basketball.” Plus, the NBA’s audience skews younger than the rest of North America’s “Big Four” sports. It makes sense then, that in 2013, the National Journal found NBA fans leaning to the left of every other group of sports fans outside of those watching the WNBA. 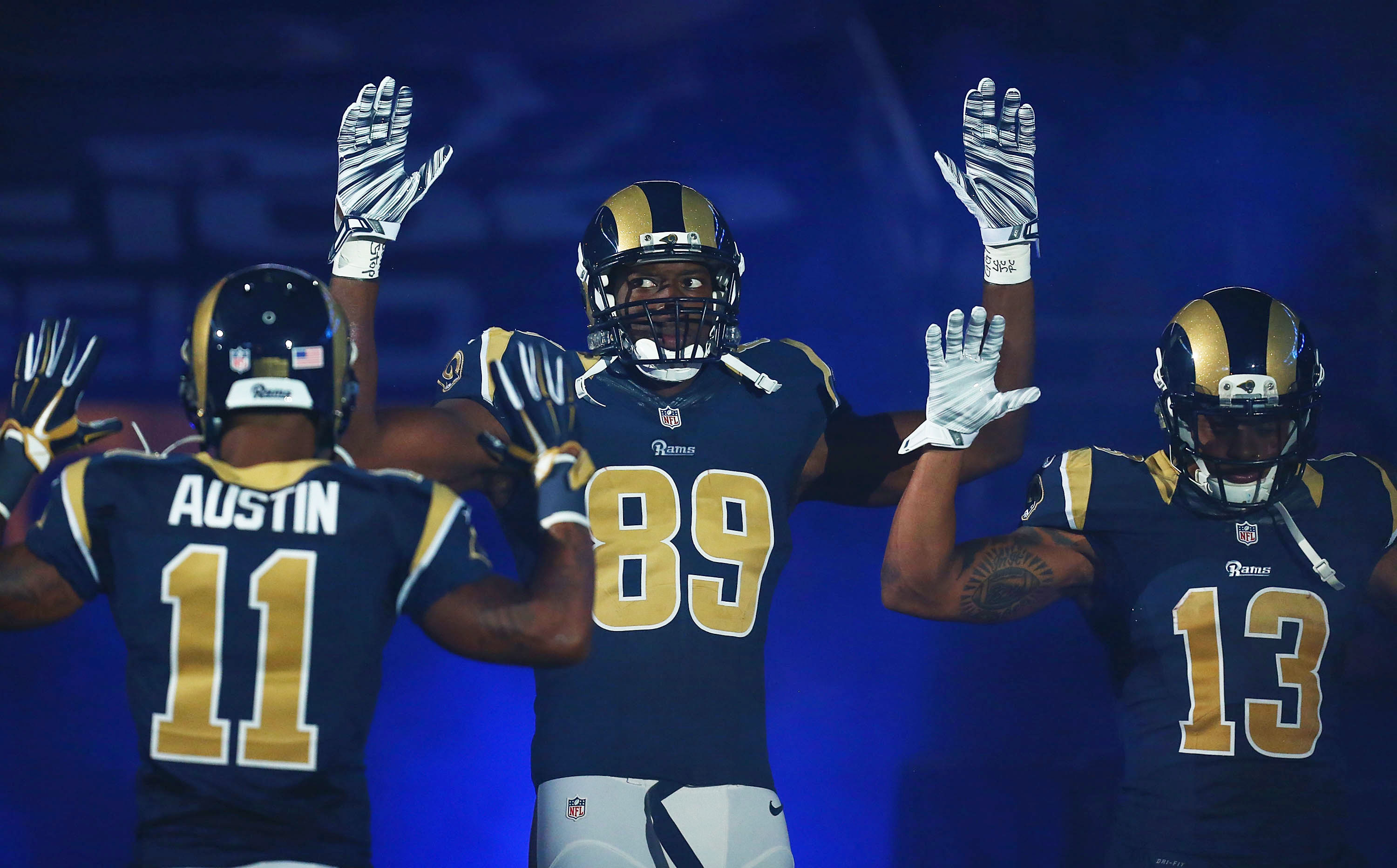 As with many things, it takes only a short stroll into the world of the NFL to snap back to reality. One week before Rose’s pregame statement, several members of St. Louis Rams echoed the “Hands up, don’t shoot” protest gesture of nearby Ferguson residents responding to the death of Michael Brown and the non-indictment of former officer Darren Wilson, who shot and killed him.

The Rams were first condemned by the St. Louis Police Officers Association, in a statement that warned advertisers and included gems like “it is unthinkable that hometown athletes would so publicly perpetuate a narrative that has been disproven over-and-over again” and “somebody needs to throw a flag on this play.” The Rams’ players were also slammed by Hall of Famer Mike Ditka. Then, as if to put a cherry on top, supporters of law enforcement gathered at a bar to protest the gesture by burning Rams gear.

Quite obviously, the barometer for what is acceptable is different across leagues. This is no knock on Leitch or Shoals. It’s just that, with increasing pockets of cult interests on social media, it’s becoming easy for people to retreat into their preferred corners and ignore everything else. If the NBA isn’t something regularly popping up on your screen, you’re just not as likely to react to it.

These pockets of social media are important. They serve as tight-knit communities for people who might not otherwise find like-minded people. But in the absence of dissenting opinions, we begin to view the other side as a callous abstraction; certainly not people to be reasoned with. And while I’m not sure that progress can be obtained from mutual agreement (I don’t mean to be glib, I really don’t know), reasoning feels like our best bet.

As of now, the broad crossover appeal – the ability to reach an audience that genuinely wants to buy a Kia – is the activist athlete’s strongest advantage. But if we’re all just screaming into our preferred echo chambers, that opportunity lessens. And as the partisan divide becomes wider (fans turning away from football, parents reluctant to let their kids play) this trend will likely continue.

Just like everyone else, I like my side of the fence. I like that I can tweet something and have it be met with agreement, and have that agreement make me feel good about myself and the world I live in. In a lot of ways, it matches the appeal of watching sports: A false sense of belief, but belief nonetheless.

But if people in a particular environment disagree with you, perhaps that isn’t a sign you need to get out of that environment – it’s the opposite. I guess what I’m saying is this: Maybe the NFL needs more NBA fans. And in some ways, maybe the NBA needs more NFL fans.