Not just basketball player big, but giant-human big. Like Twin Peaks Giant big. As if being 7-foot-2 wasn’t enough, his wingspan of 7-foot-8 1/2 and standing reach of 9-foot-7 (less than a Subway six-inch from touching the rim with his fingertips) broke records at the pre-draft combine. Before he’d even made it into the NBA, the French native had been christened the Stifle Tower, but Gobert wasn’t into the nickname.

Ah, the eternal language barrier for international players in the NBA. I explain to him that being stifling is good, like shutting opposing players down.

“So ‘stifle’ is like a tower who block everything, basically?” he says in French-tinted English. “OK, so now it’s not that bad. I thought ‘stifle’ was like a long skinny thing. But if it’s what you say it is, it’s pretty good. I like it now.”

Gobert’s rookie season (which incidentally included getting his car filled with popcorn) was more promise than pretty good, and it included a stint on the D-League’s Bakersfield Jam, an assignment that Gobert was not thrilled with at first.

“When they told me I was going to the D-League, I was mad because I always told myself that I never wanted to play in the D-League,” he said. “That was hard to accept, but I understood that it was just to help me. I was there with my friend Ian Clark, so it wasn’t that bad. I wasn’t playing a lot in the NBA. That’s probably why they decided to send us: to get some reps and get the confidence back.”

Part of why Gobert wasn’t seeing much floor time with the Jazz was because everyone knew he would be a project coming in. But his rebounding and shot-blocking skills were apparent and, in a busy offseason that saw him playing with the French national team in the FIBA World Cup and helping to upset tournament darlings Spain, Gobert worked more than anything to improve his strength, mostly in his legs.

“I grew up really fast,” he said, “so I didn’t really have time to get my legs very strong, and you need that for rebounds, for boxing out, for everything. I feel quicker, like I run better, I move better.”

That ability to move on the court is going to be key for a player like Gobert. After all, as David Epstein pointed out in his book The Sports Gene, about one in every six people in the United States who stand seven feet or taller are in the NBA. The five that aren’t are likely more clumsy and brittle – given the stress on their bodies – than average, so strength and conditioning are of paramount importance for someone as large as Gobert.

He’s also hoping that extended minutes – and perhaps a new coach – can help him make a bigger impact on the floor. “Sometimes it’s hard to show [what you can do] in five minutes. You come in at the end of the game and do a mistake and the coach is going to be like, ‘You see? You’re not ready to play. You did this mistake.'” 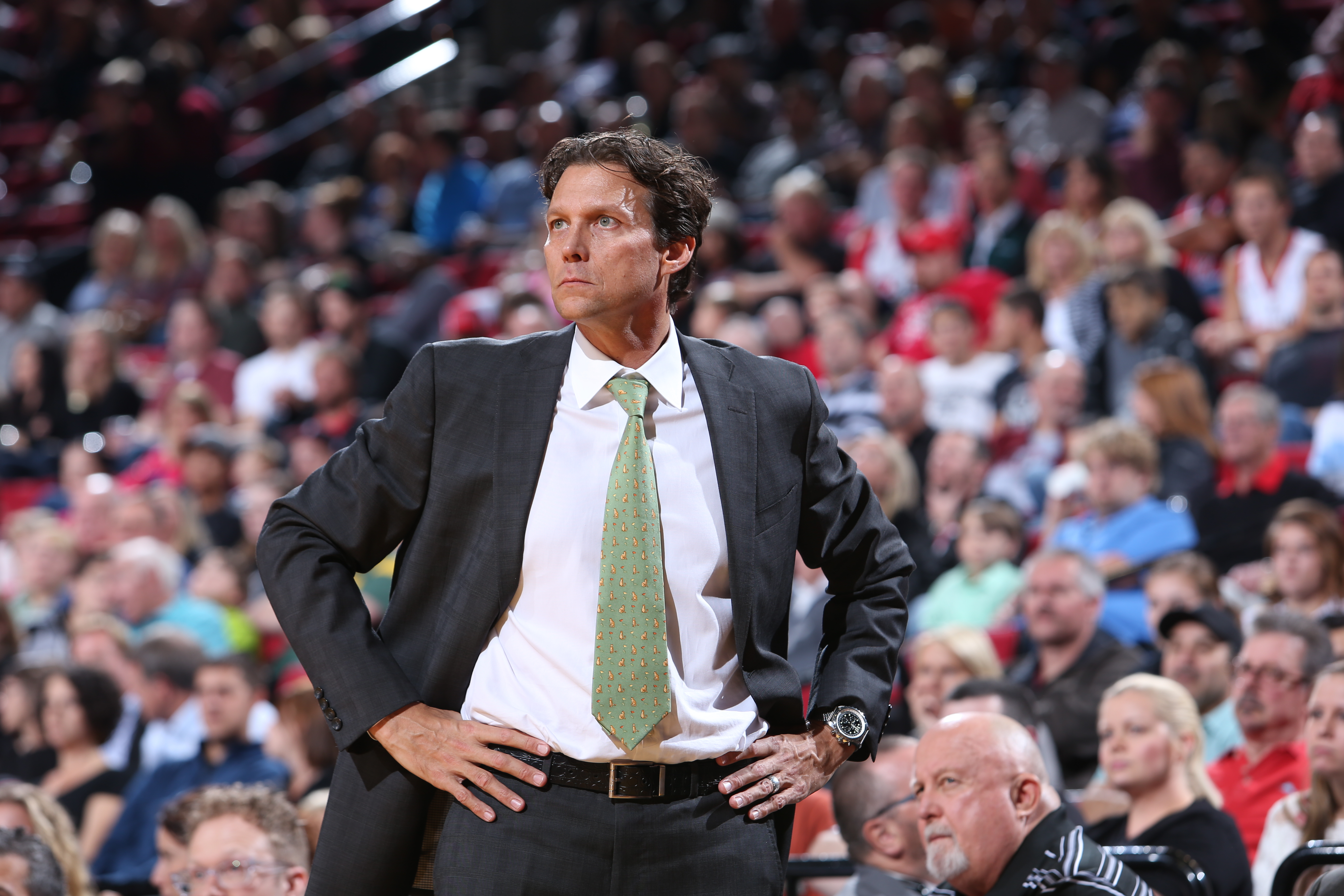 The good news for Gobert is that with expectations low for the Jazz and a new, young coach in Quin Snyder – plus Gobert’s impressive play during the FIBA World Cup – the minutes should be there for the taking. You’d be hard-pressed to find anyone picking the Jazz for a playoff berth, but there is a certain amount of buzz saying they could be this year’s Phoenix Suns, who surprised everyone last year with relentless drive and teamwork under first-year head coach Jeff Hornacek.

Count Gobert among those who think it’s possible.

“For me, I believe in the playoffs,” he said. “I think we’ve got enough talent on the team and if we play consistently, if you play the same defense we’ve played in the preseason…we’re going to be hard to beat, especially at home. We’re going to surprise some people.”