Major League Baseball made of bit of odd, unfortunate history on Wednesday, when the Baltimore Orioles and Chicago White Sox played to an empty house at Camden Yards – the result of riots that shook parts of the city earlier this week.

Citing public safety, fans were barred from attending the game, something MLB historian John Thorn says has never happened in more than a century of professional baseball. Though the press box inside Camden Yards was filled, the Associated Press reports that fans who showed up at the stadium were summarily turned away, and the stadium’s bleachers and grandstands remained empty throughout the game. The official paid attendance was announced as zero, breaking a mark of 6, set during an 1882 game in Worcester, Massachusetts.

Baltimore Riots Force Orioles to Play in an Empty Stadium

The first two games of the Orioles/White Sox series had been postponed, after parts of Baltimore erupted following the funeral of Freddie Gray, who died on April 19 after sustaining spinal injuries while in police custody. 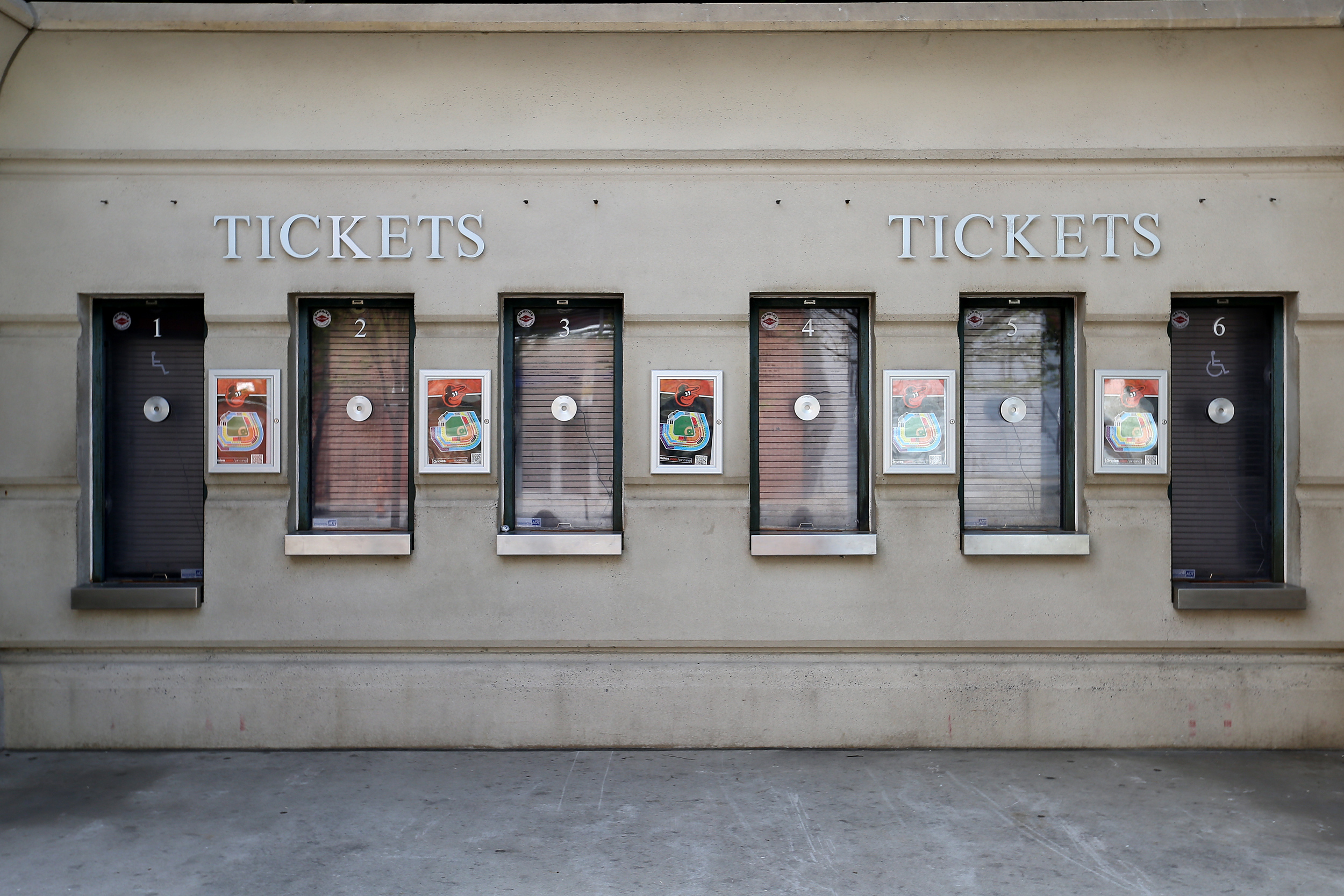 According to Sports Illustrated, safety concerns have forced MLB to postpone games in the past – including instances in 1967, following riots in Detroit, and the following year, when the assassination of Martin Luther King postponed Opening Day. 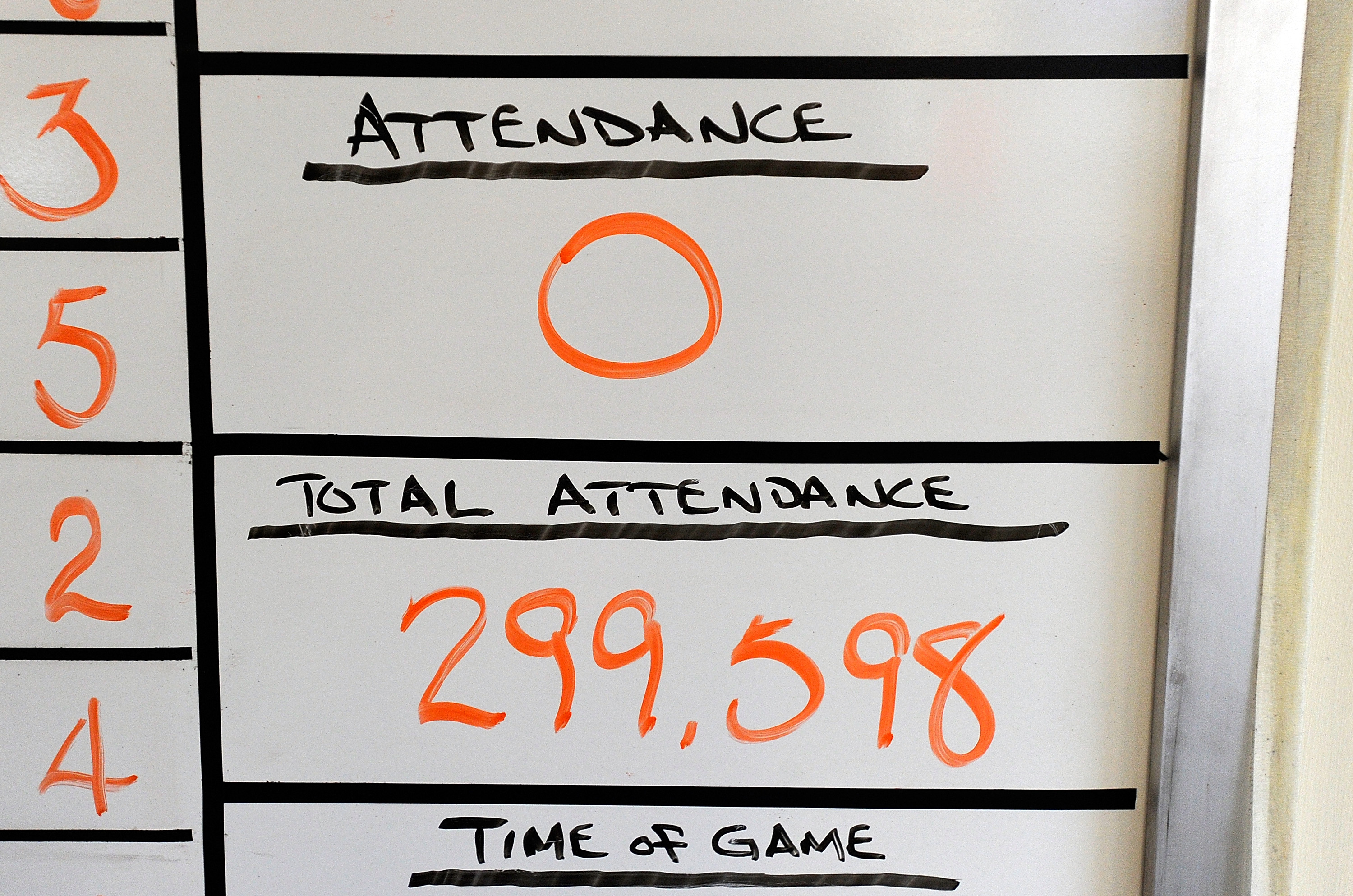 Even with no fans in attendance, many of the usual traditions still played out: a prerecorded version of the national anthem was played before the first pitch, the Camden Yards’ organist played “Take Me Out to the Ball Game” during the seventh-inning stretch and after recording the final out in the fifth, Orioles first baseman Chris Davis flipped the ball into the empty stands on his way to the dugout. 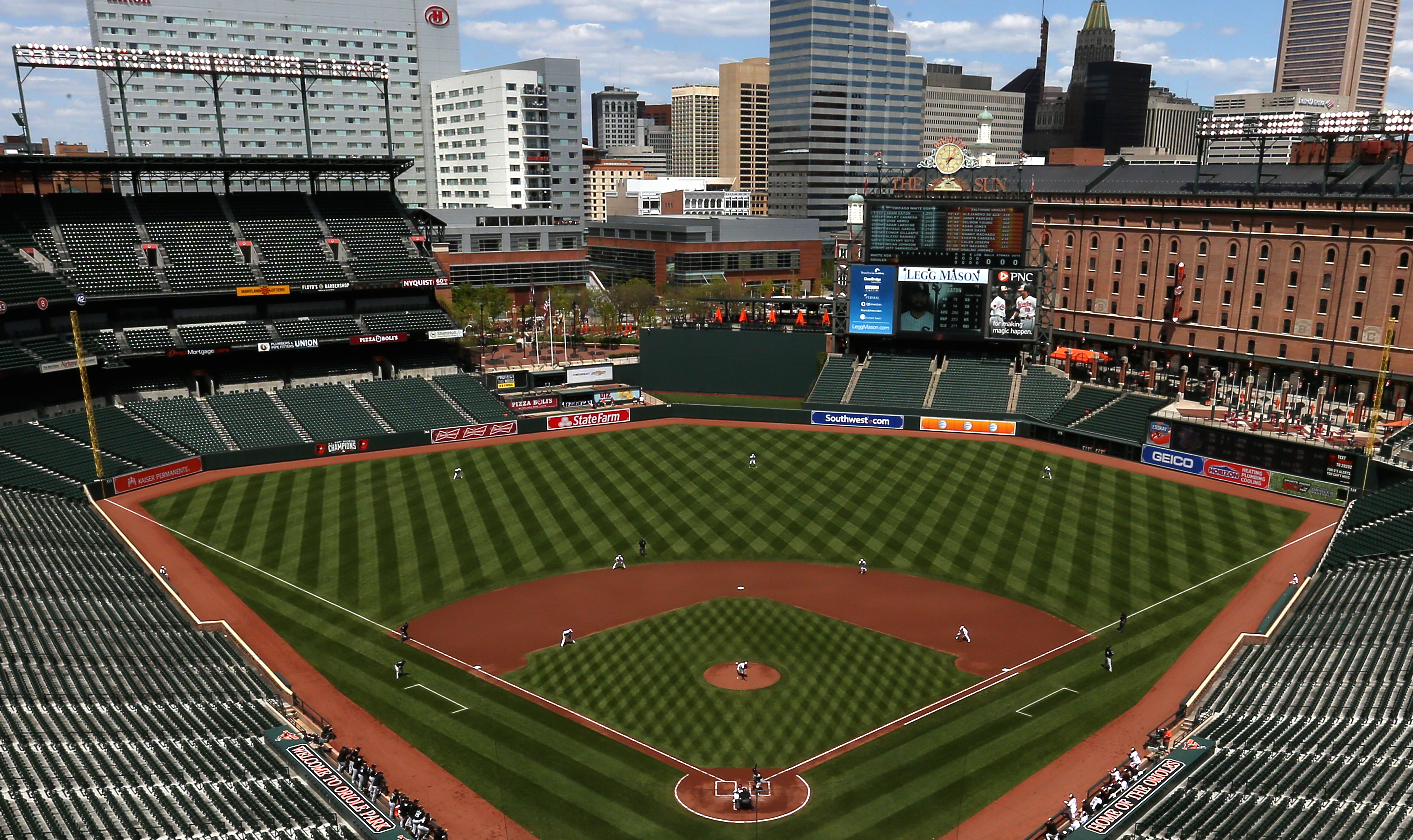 In the end, the Orioles beat the Sox 8-2, in a game that took just two hours and three minutes to finish. In another surreal move, the O’s now head to Tampa, to begin a three-game series against the Rays in which they’ll play as the home team. 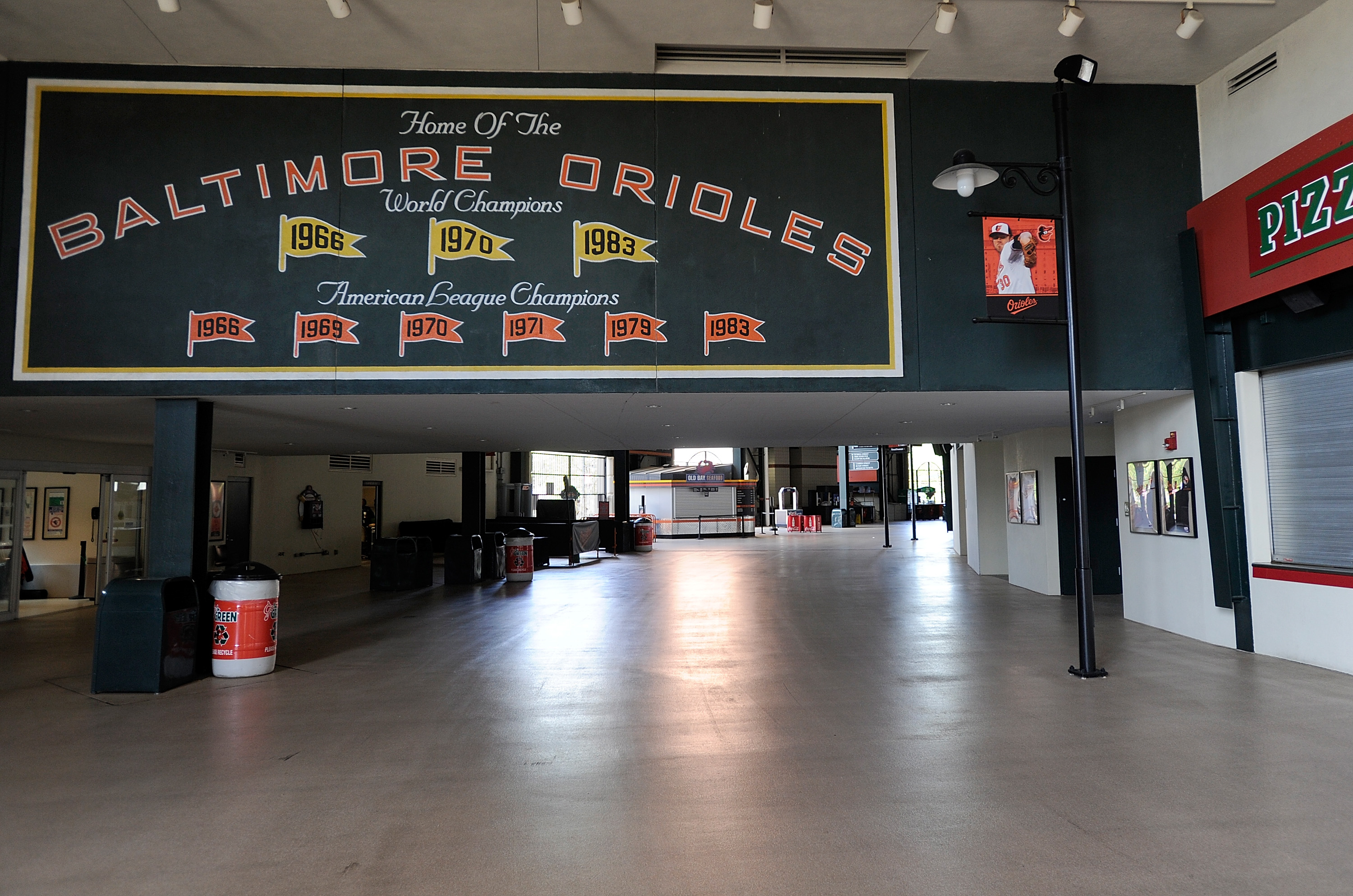