Frances Tiafoe wasn’t a prodigy by his or his parents’ choosing. In a way, tennis chose him.

Frances Sr., an immigrant from Sierra Leone, became a construction worker, then janitor at the Junior Tennis Champions Center in College Park, Maryland, not long after twins Frances and Franklin were born. Once in a while, the brothers would even sleep on a massage table or their father’s bed in a small office at the facility that Frances Sr. was forced to turn into a make-do apartment.

Frances would wander the facility from the age of three or four with any racket he could find, watching kids train while trying to pick up on their coach’s instructions – he’d practice against the same wall every day.

As the years went by, Tiafoe graduated from “beating” the wall to beating the best juniors in the world, becoming the youngest to ever win the prestigious Orange Bowl at the age of 15. Past winners of the 18-and-under event include Roger Federer, John McEnroe and Bjorn Borg. Tiafoe played Federer in Miami this spring. 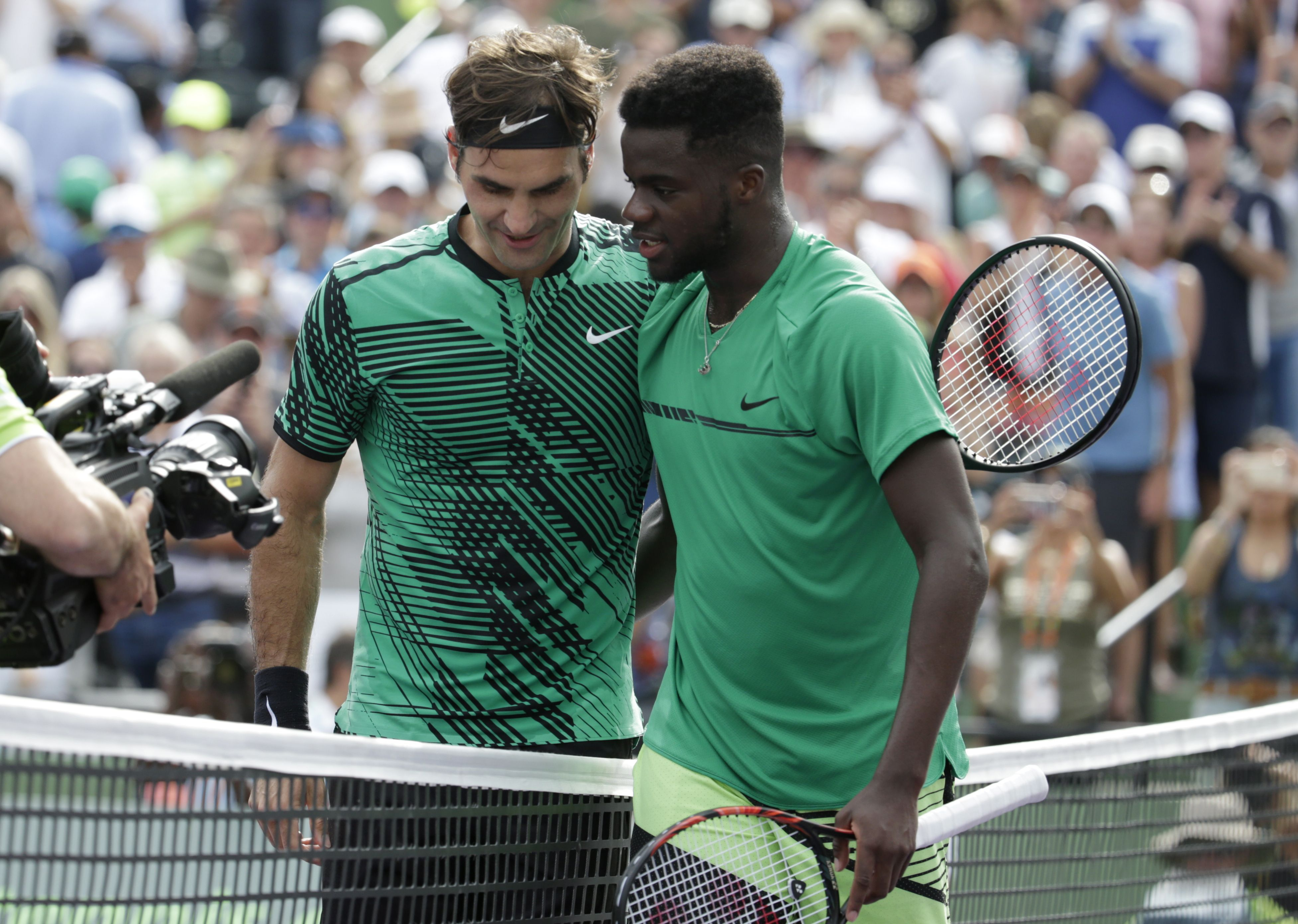 “I think he’s going to be really good,” Federer, who would win the tournament, said. “I was actually playing very well. He stayed with me for a very long time.”

The teenager lost after a tight first set, but wasn’t scared of the moment or the opponent.

“They’re greats, but at the end of the day, it’s another tennis match,” Tiafoe says. “You’ve got to try to think about it like, ‘That’s another match that I want to win, and they’re here trying to do the exact same thing.'”

Now 19, Tiafoe is the youngest player in the Top 100. He won his first Grand Slam main draw match at the Australian Open and another at Wimbledon, but to him this is only the beginning. More than anything else, Tiafoe is a talented young man with a dream.

“Nobody knows when, but I’m pretty confident that I’ll be up there one day,” Tiafoe says. “I just want to be great.”