Los Angeles scored a touchdown this week when NFL owners voted to approve St. Louis Rams chief hairpiece Stan Kroenke’s proposal to move his team to the City of Angels – a little more than two decades after the same franchise left L.A. (OK, it was Anaheim) for the shadow of the Gateway Arch.

The Rams will begin play in L.A. next season, and the San Diego Chargers have one year to decide if they want to join them there. If not, the opportunity goes to the Oakland Raiders…and, boy, do they want out of the Bay in the worst way. And while the NFL has already lauded the Rams’ move – something about filling a 21-year void in the nation’s second-largest media market? – it’s left fans in St. Louis stinging. After all, they’ve been through this whole relocation thing once before, when the Cardinals flew to Arizona in the late Eighties, and were cautiously optimistic their team would stay put this time.

5 Things St. Louis Should Do With the Edward Jones Dome

Turns out, they were wrong. And so were a lot of other NFL fanbases, who were forced to say goodbye to their beloved teams as soon as ownership began dreaming of domed stadiums lined with revenue-generating luxury boxes. So take solace, St. Louis fans…you’re not alone in your sorrow. And hey, the L.A. Rams are probably going to suck anyway. At least if history is any indicator.

THE MOVE: Baltimore Colts literally pack up their shit, head to Indianapolis.
THE BACKSTORY: The 1984 after-midnight migration of the Colts to Indy will long live in NFL lore, a brutal bit of backstabbing that played out over several decades before coming to a head in the early morning hours of March 29, 1984, when the Colts bolted from Charm City in a fleet of Mayflower moving trucks. For years, ownership and fans alike were unhappy with Memorial Stadium, the aging facility the Colts had called home since 1953, and the franchise lobbied for the better part of 30 years for the state to help build a new complex – to no avail. (The closest they got was the unfortunately named BaltoDome, an ambitious stadium plan that died in the Maryland legislature). Not wanting to say goodbye to their cash-cow Colts, state politicians fought tooth-and-nail to keep the franchise in Baltimore, with things getting so heated that on March 27, 1984, the Maryland Senate passed legislation giving the city the right to take ownership of the team, citing eminent domain. That was the final straw for owner Jim Irsay, and within 48 hours – unbeknownst to almost everyone – he had placed a call to the mayor of Indianapolis and the Colts headed for their new home under the cover of darkness.
THE OUTCOME: Despite lasting bitterness, both cities made out OK in the end. The Indianapolis Colts went onto win Super Bowl XLI and appeared in Super Bowl XLIV. As an unintended consequence, their move paved the way for the Baltimore Stallions – the only American team to ever win the Canadian Football League’s Grey Cup. And then there’s ol’ Art Modell (more on him in a bit). 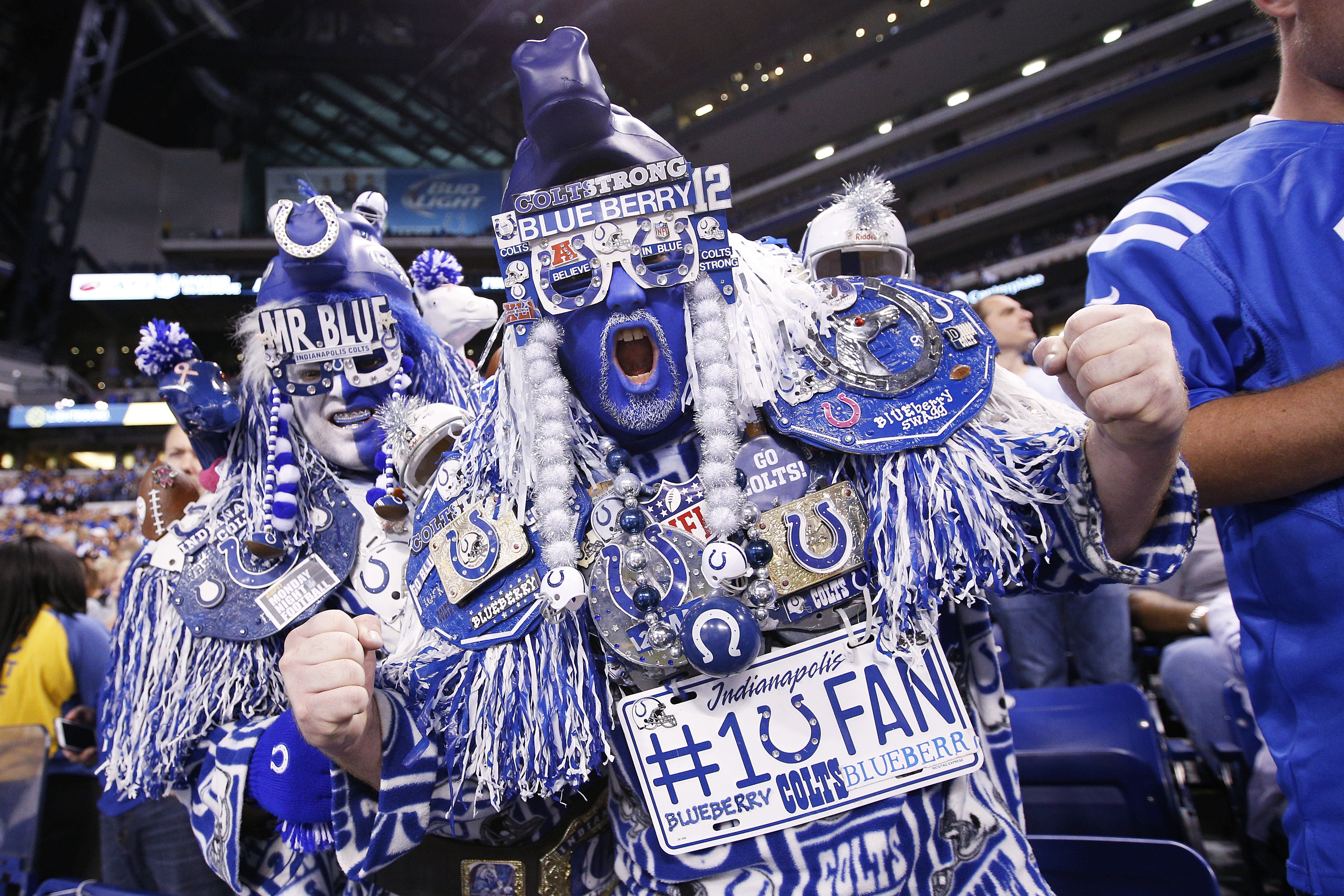 THE MOVE: St. Louis Cardinals take flight to Arizona.
THE BACKSTORY: One of the oldest franchises in the NFL – they’re an original charter member – the Cardinals began in Chicago but called St. Louis home from 1960 to 1987, where they experienced periods of fleeting success. However, they were never quite able to live up to the glory of their early days, and dwindling attendance (coupled with having to share space at Busch Memorial Stadium with the baseball Cardinals) had owner Bill Bidwill asking for a new facility – or else. St. Louis came up with several proposals, including a 77,000-seat outdoor facility and a dome, but Bidwill had his sights set on Arizona for several reasons, including – no shit – the weather. The Cardinals headed to Phoenix in 1988, before settling into their current home in Glendale, Arizona in 2006.
THE OUTCOME: It took a while, but the Cardinals finally started to see glimmers of hope when they won a wild-card game in the 1998 season, their first postseason victory since the Truman administration. A decade later, the team made it to Super Bowl XLIII (where they lost to the Steelers), and piled up division titles in 2009 and again in 2015. St. Louis would end up getting the Los Angeles Rams in 1995 – and during the “Greatest Show on Turf” era, they ran roughshod through the NFL and won Super Bowl XXXIV. 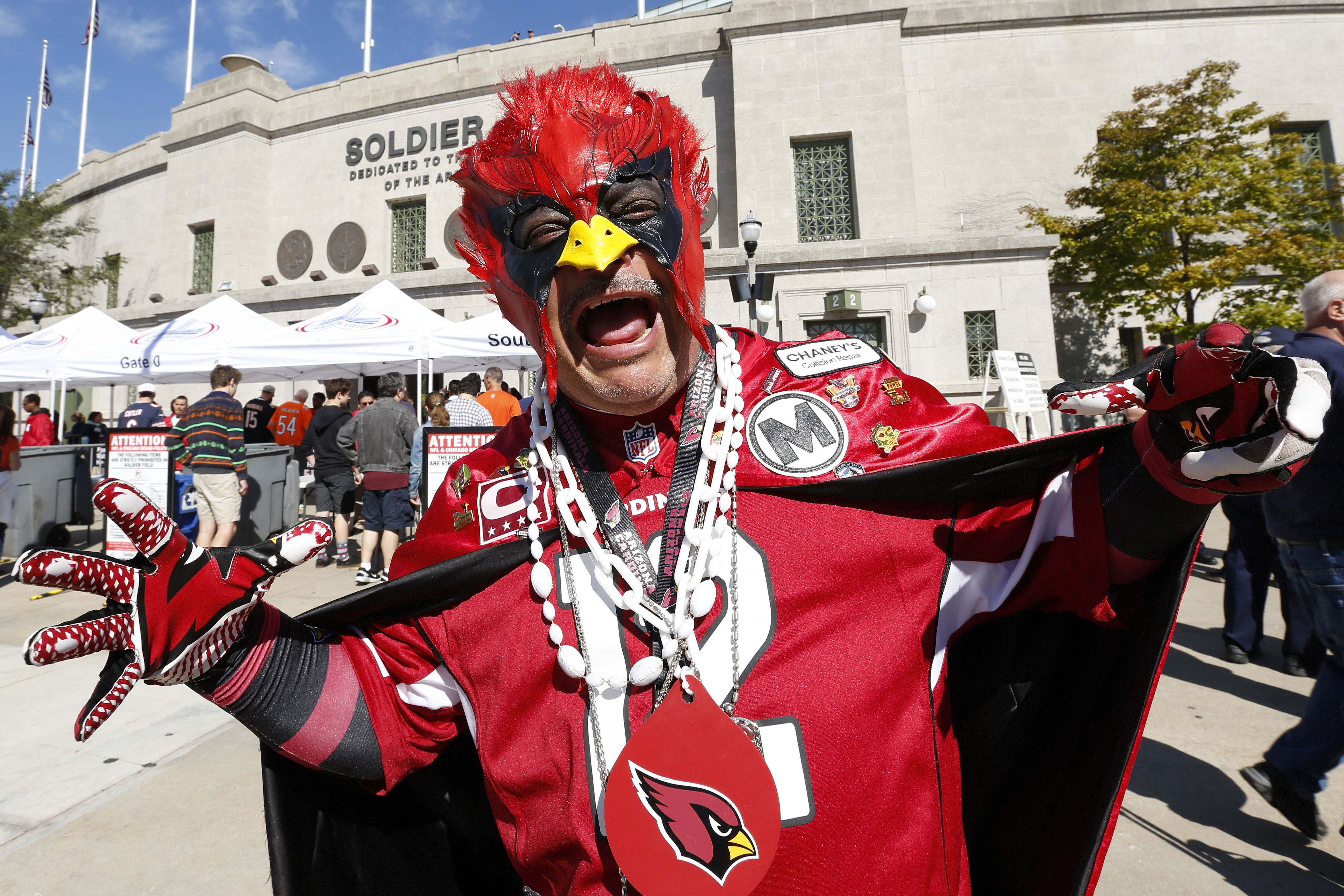 THE MOVE: Cleveland Browns become the Baltimore Ravens.
THE BACKSTORY: It still stands as one of the strangest moves in the history of professional sports. After he began losing boatloads of cash at Cleveland Municipal Stadium in the Nineties, Browns owner Art Modell – who, it should be noted, had spent the previous two decades squeezing the city and the stadium’s other occupants, the Cleveland Indians, out of revenues generated by the building – had enough, and asked Cuyahoga County taxpayers for help. To the tune of $175 million. Growing tired of waiting, in November 1995, he held a press conference to announce he was moving the Browns to Baltimore. Diehard fans (and the NFL) weren’t having it. The Browns faithful revolted, the team tanked and the league brokered a legal settlement that resulted in the franchise being deactivated for three years before beginning play once again in 1999 (in a new stadium built on the site of the Muni). The old Browns, meanwhile, became the Baltimore Ravens.
THE OUTCOME: Since ’96, the Ravens have made the playoffs ten times and won two Super Bowls. The Browns, on the other hand, have managed only two winning seasons (and started approximately 16,000 quarterbacks) since returning to the league. But hey, at least they exist! So let’s call this one a push? 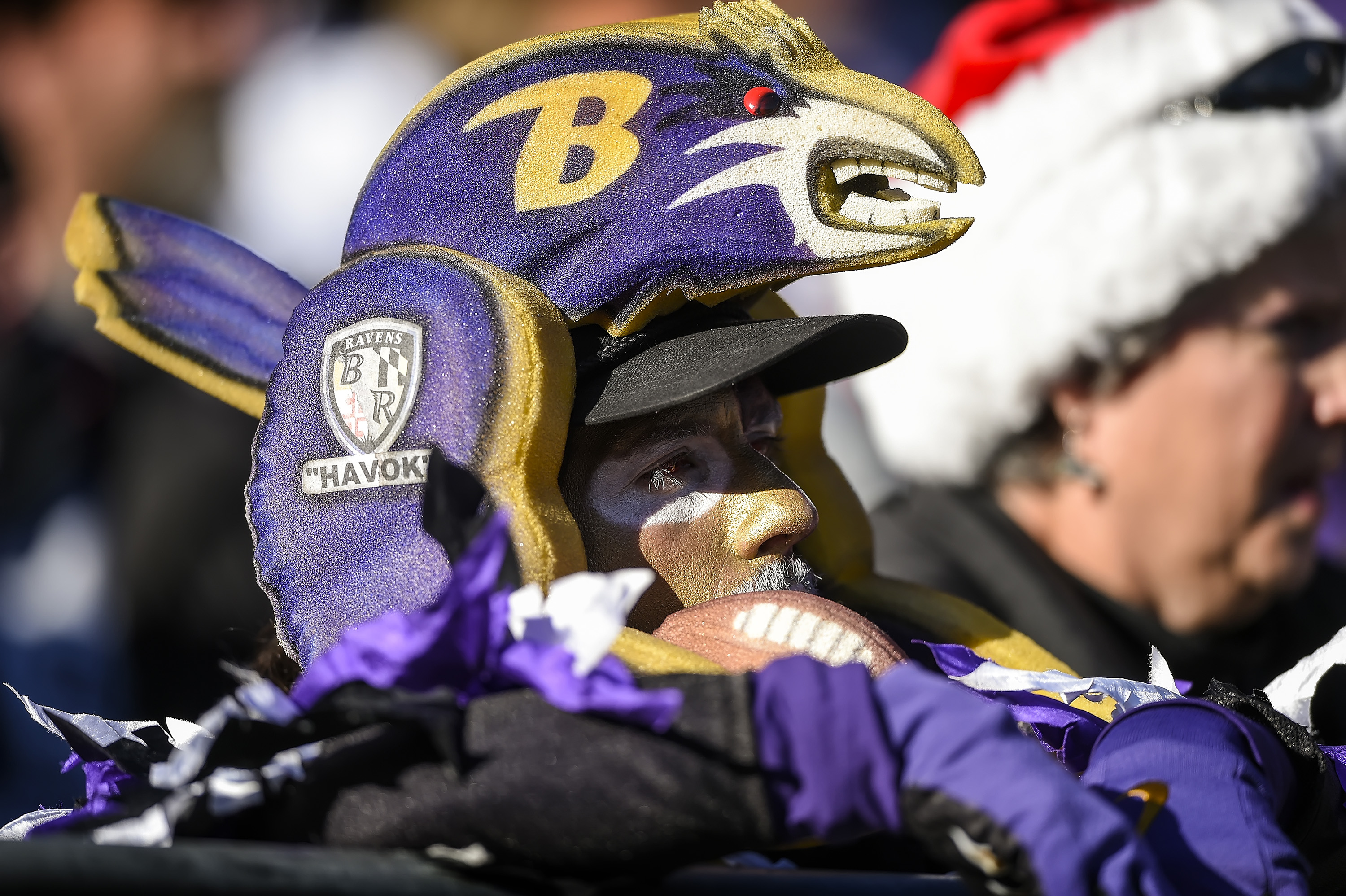 THE MOVE: Oakland Raiders go to Los Angeles (then come back).
THE BACKSTORY The Silver and Black were one of the most feared – and successful – franchises during the 1970s and early 80s, as the Raiders racked-up six division championships and two Super Bowl titles. But beginning in 1980, maverick owner Al Davis decided he wanted both a better stadium and a bigger television market, both of which could be found in Los Angeles. He reached an agreement with the city that year, but the move was blocked by the NFL’s other owners, leading to a contentious lawsuit that was eventually decided in his favor. Davis took the Raiders to L.A., where they were just as successful, winning Super Bowl XVIII. But Davis wanted out of the old Los Angeles Coliseum, and after growing frustrated with the situation in L.A., he began negotiating with Oakland. In 1991, he announced he was bringing the team back to the city, then backed out and said he was staying in L.A. – only to change his mind in 1995 (Oakland’s decision to dump $220 million into renovating the Oakland Coliseum, and give Davis a sweetheart deal on renting the facility, surely helped). The Raiders remain in Oakland to this day…though that might change soon.
THE OUTCOME: Uh, the Raiders made it to Super Bowl XXXVII. That’s got to count for something, right? 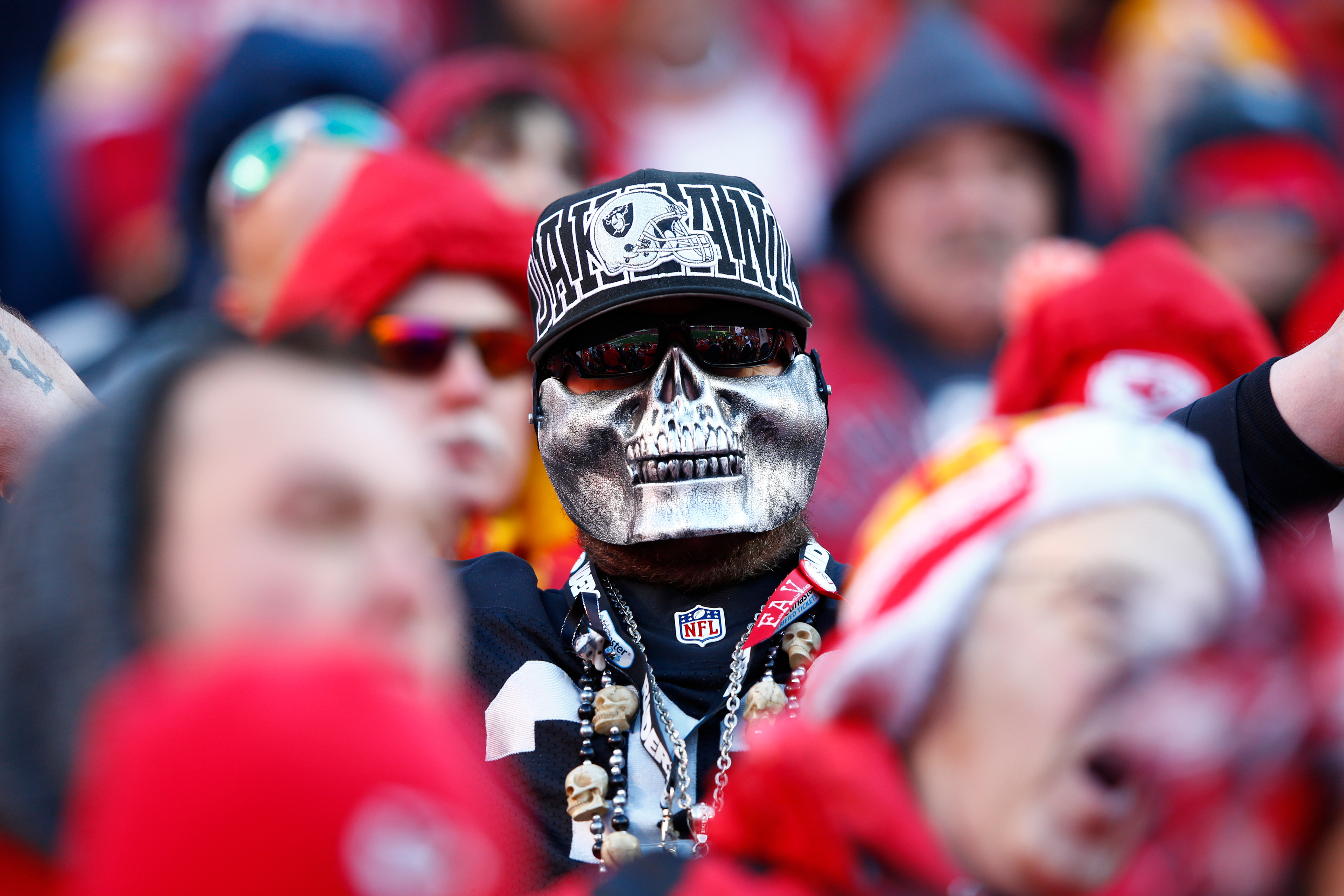 THE MOVE: Houston Oilers slip, slide to Tennessee.
THE BACKSTORY: Talk about whiplash. After a solid 36-year run in Houston (Luv ya Blue!) the Oilers hatched a plan to leave behind their longtime home in the Astrodome after their demands for a new stadium fell on deaf ears. It didn’t help that taxpayers had recently footed the $67-million bill for stadium renovations, but owner Bud Adams was still so mad that he began shopping the franchise around. After the 1995 season, he announced he was taking the Oilers to Nashville in 1998, leading to a disastrous ’96 campaign, during which the team played to audiences of less than 20,000 inside the cavernous Astrodome. It was so bad that Houston let the team out of their lease a year early, and after one season spent in Memphis, they headed to their current home in Nashville, becoming the Tennessee Titans in 1999.
THE OUTCOME: Reinvigorated by the move, the Titans put together a run to Super Bowl XXXIV, and have made the playoffs five times since. Meanwhile in Houston, the Oilers were eventually replaced with the Texans, who just got housed by the Kansas City Chiefs in the playoffs. But at least they’ve got J.J. Watt. 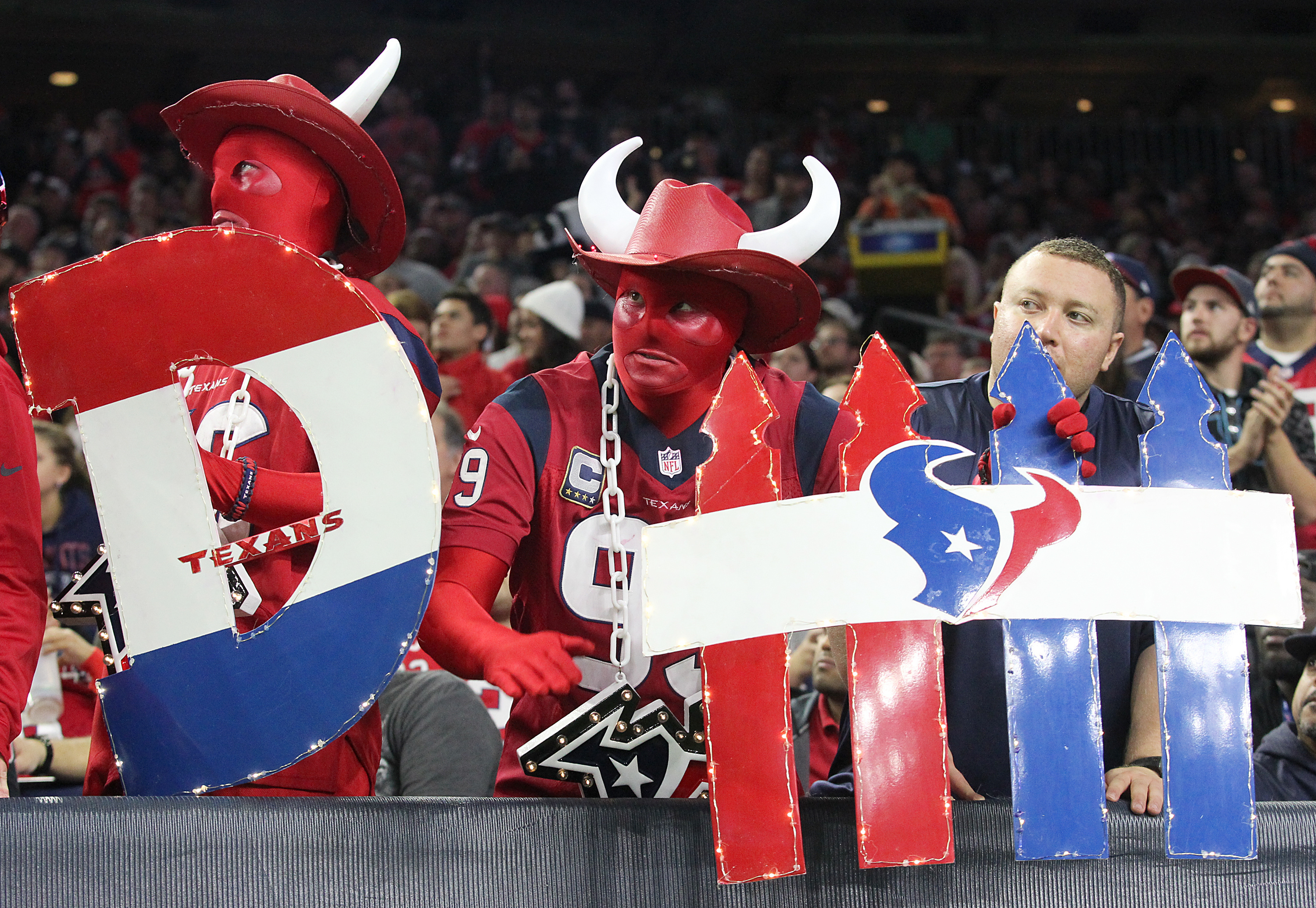 THE MOVE: Los Angeles Rams go to St. Louis, eventually find their way back home.
THE BACKSTORY: The return of the Rams to Los Angeles is just the latest chapter of a saga that’s been playing out since the 1940s. Shortly after the end of World War II, the franchise moved from their original home in Cleveland to L.A. The team stayed put for the better part of 30 years until moving to Anaheim, in an attempt to circumvent the league’s TV blackout rules – since selling out the 92,000-seat Los Angeles Coliseum was no easy feat. All was well and good in AnaheIm, until the Raiders invaded Los Angeles, almost instantly splitting the Rams’ fanbase in two. Bolstered by successful teams and stars like Eric Dickerson offensive coordinator Ernie Zampese’s innovative attack, the franchise stuck it out in SoCal, but by the Nineties, Rams ownership (which, at this point was widely regarded as one of the most dysfunctional in the NFL) wanted a new stadium – and Orange County wasn’t about to give them one. Thus, in 1995, the Rams headed to St. Louis, and they took the team name with them.
THE OUTCOME: For a period of time upon their return to St. Louis, the Rams were back on top – like we said earlier, they won Super Bowl XXXIV in 2000. However, prospects became bleak yet again, and they haven’t made the playoffs in more than a decade. Good luck in L.A., guys…you’re gonna need it.