SnubHub: The Guys Too Good for the NBA All-Star Game - Rolling Stone
×
×

On Sunday, the stars of the Eastern and Western Conferences will face off in a low-stakes exhibition match featuring ridiculous dunks, ill-advised threes and – depending on how long DeMarcus Cousins and Kyle Lowry get to play – maybe even a few technical fouls and charges: The NBA All-Star Game.

The selection process, which allowed fans to vote for starters through Twitter, hit its nadir this year when a legion of Beliebers vaulted Lowry into the starting lineup, symbolic of just how much the All-Star Game should mean to us. This isn’t to say Lowry isn’t deserving. It’s to say, in the words of Thucydides, “deserve’s got nothing to do with it.” Years from now, I will spit out my coffee if I hear anyone attempt to measure a player’s legacy with All-Star appearances. So we shouldn’t really care if deserving players get snubbed.

Yet we are talking about the parameters of sport here, so telling you what you should care about would not just be dictatorial, it would be a waste of my dictatorial abilities. It would be, in essence, like playing defense in the All-Star Game. So on we go.

This year’s quest to fix the game, Project “We’ve Got To Get Mike Conley In There Somehow“, has inspired a range of ideas old and new, from eliminating fan voting to expanding the game to 15 players per side. And here’s the thing: It’s precisely because we care so much that the problem of deserving players not making the game remains a problem. Because outside of a few contract perks, the game doesn’t matter as much as the publicity of playing in it does. When was the last time the ninth man on All-Star team got more coverage than the top snub?

Last year, when Joe Johnson made the East squad instead of Lowry, the latter’s profile actually went up at the expense of the former. Getting snubbed from the All-Star Game before eventually making it as an injury replacement was the best thing to happen to Damian Lillard’s brand since the author of this article invented the Damian Trillard moniker. DeMarcus Cousins is another injury replacement whose snub status provoked everyone to start yelling about how good he is. Kyle Korver, thanks to Dwyane Wade’s injury, also gets to have his consolation cake and eat it too. One guy who probably won’t get in as an injury replacement, Brandon Knight, is being talked about more now that ever. Aside from, you know, that one time.

When Justin Bieber closes a door, he opens a roof.

Make no mistake, folks. The All-Star fringes are February’s new vaunted territory. In this new terrain, the only real snubs are the guys who didn’t even get snub consideration. So without further ado, and in no particular order, here are 2015’s snubbed-from-being-snubbed All-Stars.

(Just so fans don’t get mad, here are the guys that I omitted from contention because they, in my estimation, got some actual snub pub: Nikola Vucevic, Dirk Nowitzki – even though he just became un-snubbed – and Zach Randolph. Apologies to Kevin Love and Dwight Howard, who could have really used the PR bump.)

Draymond Green, Golden State Warriors
You can blame the near-impossible ideal of a defender who can play all five positions on LeBron James, but it has a standard-bearer in Green. How many players can throw Dirk Nowitzki off his base, force Monta Ellis into careening fadeaways, bully Dwight Howard, frustrate the hell out of Blake Griffin and then switch onto Chris Paul? At 6-foot-7, Dray is a revelation. He is sixth in defensive real plus-minus, which estimates a player’s on-court value while accounting for his teammates. The only wing that ranks better is Tony Allen, though he certainly doesn’t share Green’s versatility. He’s combined for three blocks and steals per game this season and is the NBA’s best argument to start tracking deflections in the box score. He is, essentially, a defensive life hack. 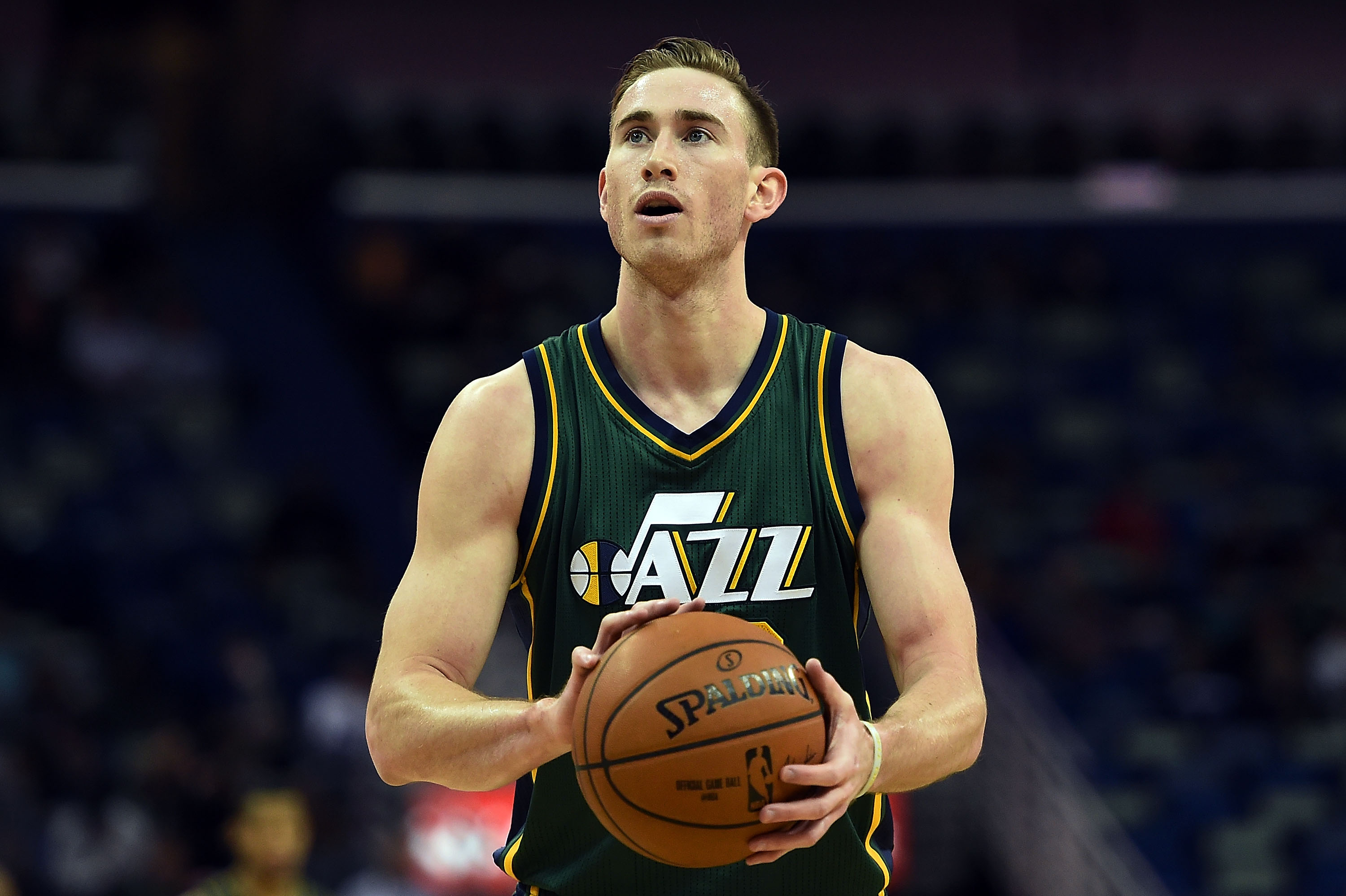 Gordon Hayward, Utah Jazz
I’m about to cite a non-arbitrary, completely definitive statistic here: Of all the players who didn’t make the All-Star team, Gordon Hayward is fourth in scoring. Yes: If you don’t include the actual best, Hayward is the fourth-best!

I was firmly in the “Let’s compare Lance Stephenson’s contract to Hayward’s and have a good laugh” camp this summer. Now he’s following up an overburdened, low-efficiency season with 19.7 points per game with 57.9 true shooting percentage. He bulked up this offseason, adding strength to a Swiss Army knife attack that already included a deadly first step and the athleticism to hang and hit from pretty much anywhere. As a playmaker, he’s blossomed into an adept drive-and-kick, drive-and-dump and pick-and-roll practitioner. Plus, if he didn’t play in Utah, everyone would have known him as a gaudy chase-down block guy even before he did this to LeBron. 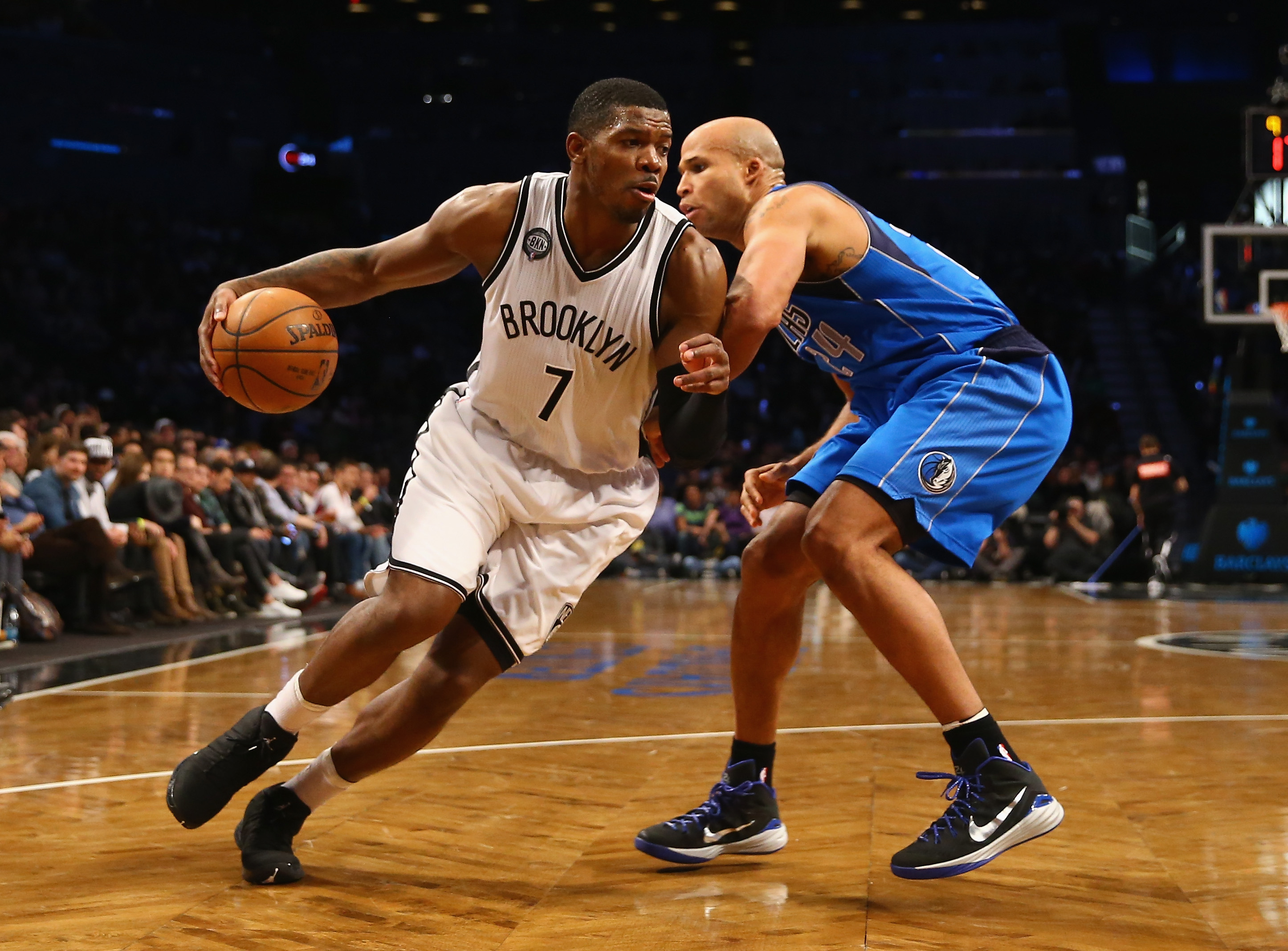 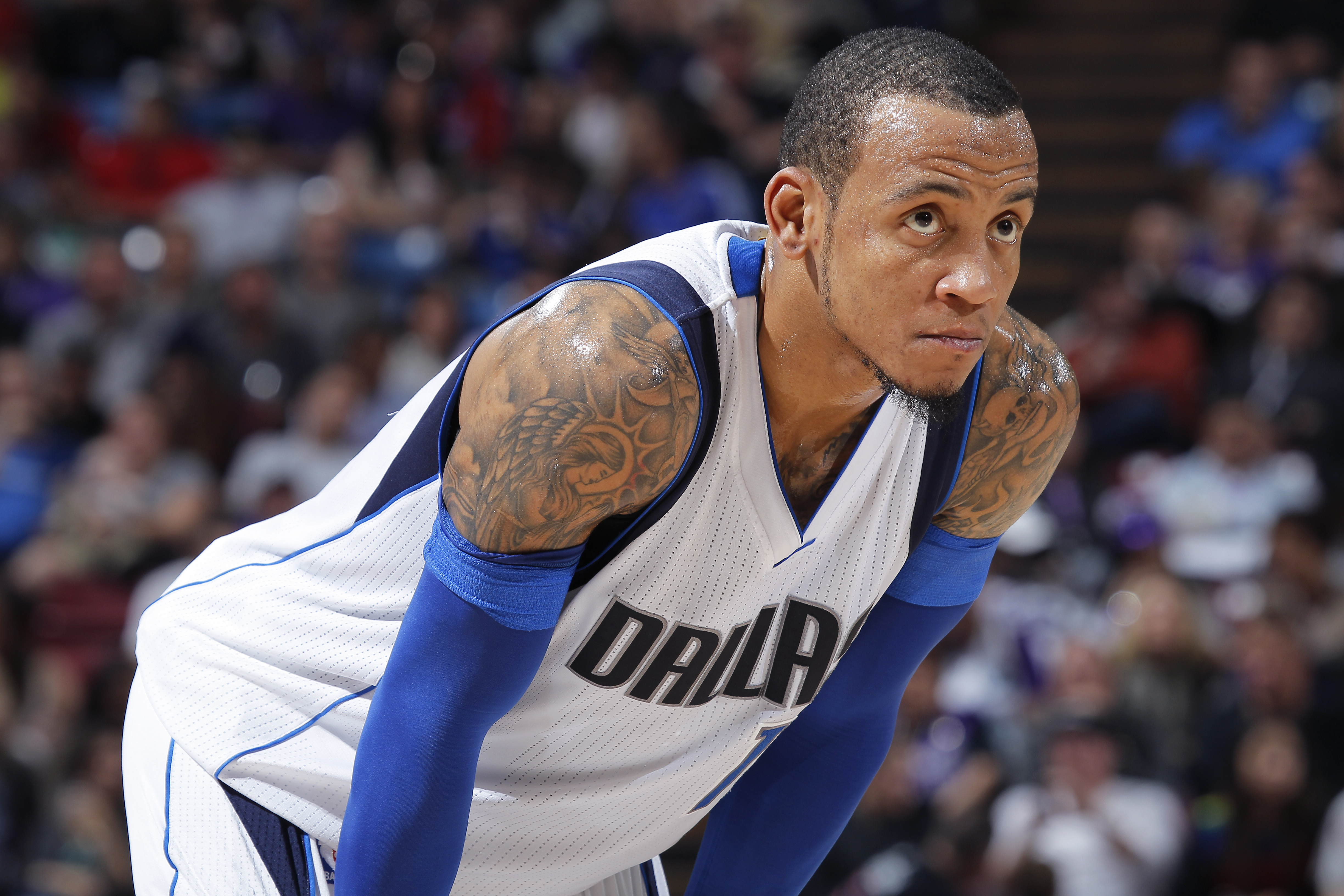 Monta Ellis, Dallas Mavericks
Alright, guys. Remember a second ago, when I told you Hayward is fourth in scoring among All-Star snubs? OK, well this is really going to blow you away. Monta is third! Ellis can score from essentially everywhere on the floor with the ball in his hands, which doesn’t always bode well for his personal efficiency, but think of it as a self-sacrificing act that does wonders for the versatility of the Mavericks’ offense. He’s got the step-back, the floater and he’s shooting nearly 60 percent in the restricted area, which means the defense can never relax when he has the ball. Combine that with Dirk’s gravitational pull off the ball and you’re looking at more than a few lobs for Tyson Chandler and open treys for Chandler Parsons. To boot, here’s a weird – possibly competitive? – development in the aftermath of the Rajon Rondo trade: It appears as though Ellis is trying harder on defense in the New Year. 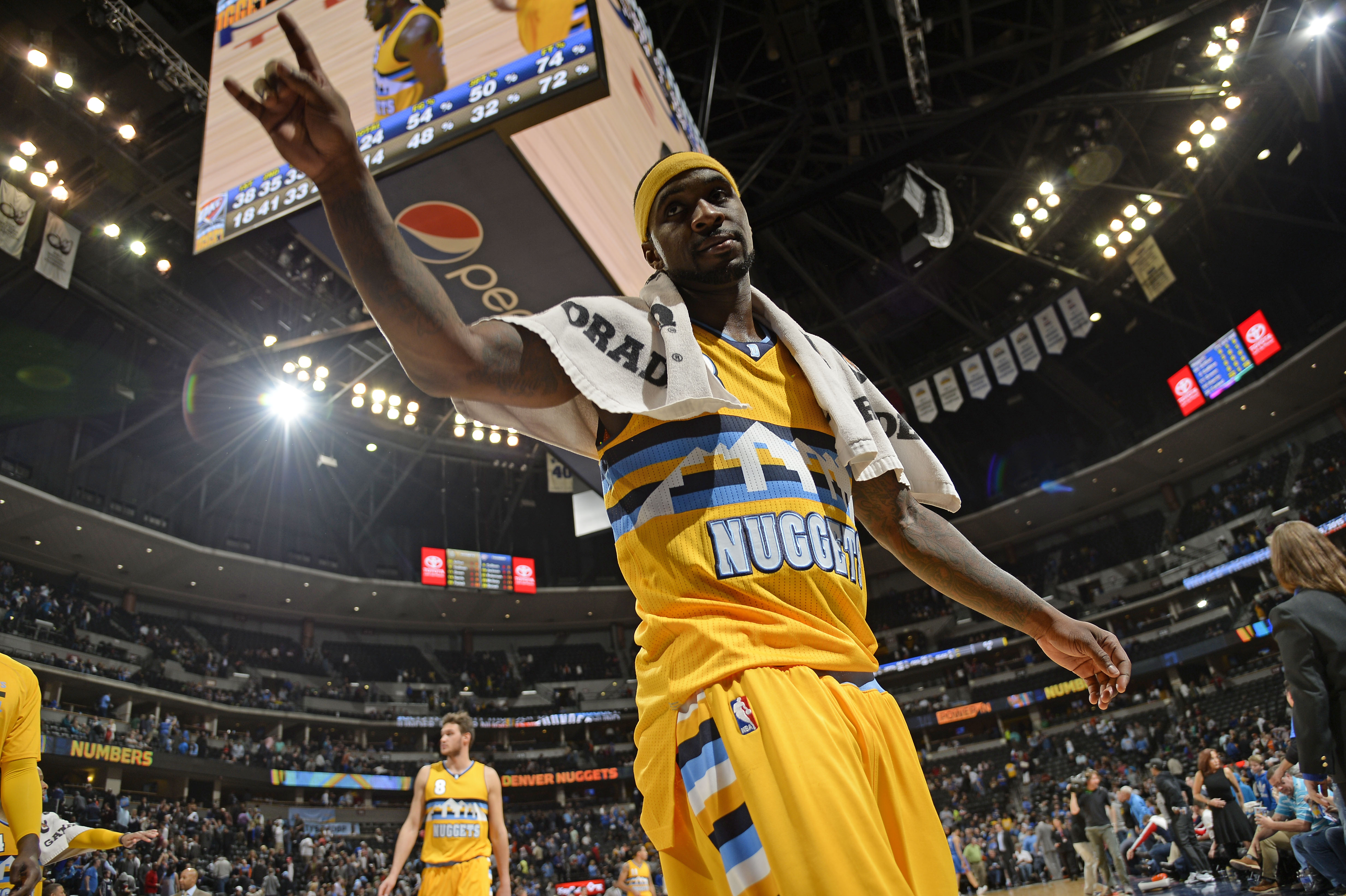 Ty Lawson, Denver Nuggets
Lawson’s 10.1 assists per game are tied for first in the league with John Wall. According to SportVu’s Player Tracking, no one creates more assist opportunities. Check any other passing metric and Lawson will register as elite. And it’s not because he has CP3-esque court vision. Lawson is above-average, to be sure, but his genius is a testament to common sense. He doesn’t go for the garish assist, nor does he dominate the ball. He just finds the passing lane and [clears throat and adjusts monocle] makes the right play. That’s why his assist-to-turnover ratio among starting guards is second only to Paul. He’s still the fastest guy on the court at any given moment, so if he’s not leveraging that for a pair of his 16.9 points per game, Lawson can sneak into the paint and squeeze pretty much any pass through to a cutter. Given the cluster of elite guards in the West, Lawson probably won’t sniff an All-Star bid in the West. So Stan Van Gundy, pleaseeee trade for him. 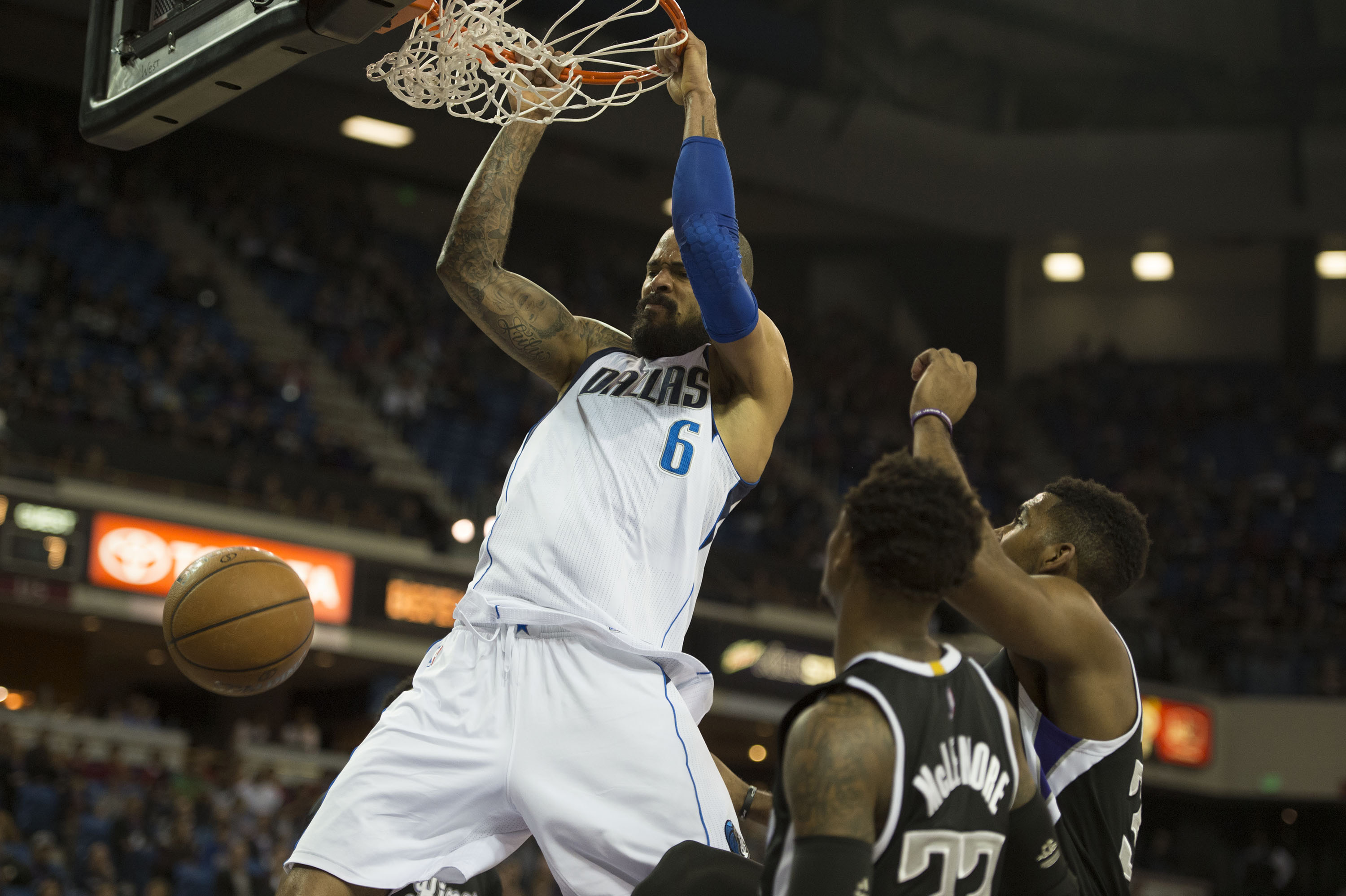 Tyson Chandler, Dallas Mavericks
Chandler is so tactically perfect it inspires hyperbole. The basketball nerd in me wants to exaggerate how good he is so the casual fan might believe maybe 30 percent of what I’m spewing. I mentioned how much easier Dirk and Ellis make his life on offense, but his killer screening makes for a symbiotic relationship. Besides, rolling and finding space are hard-learned concepts for big men and no 7-footer moves away from the ball quite as well as Chandler. Rare is the player who can exploit every advantage so efficiently. He’s first in the league with 1.78 points per shot and second in field goal percentage. And that’s the offense. Chandler doesn’t rank astronomically as a defender since he spends so much time covering up for his teammates, but make no mistake: Dallas is an unmitigated defensive disaster without his rim protection and pick-and-roll defense. Put it this way: If Ellis and Dirk are the Mavs’ offensive heartbeat, Rondo and Chandler are their defensive counterparts.