Ferguson, Missouri has remained in a near-constant state of unrest following the shooting of an unarmed teenager by police this past weekend. The threat of conflict is imminent as tensions rise between protesters and the authorities charged with keeping the peace. Angry citizens are calling for justice. The police chief is calling the city a “powder keg.” President Obama is making a very public plea for peace.

And Sean Hannity wants to tell you all about it. But first, he’s gonna throw this Nerf football.

Yes, much in the same way Edward R. Murrow would preface his searing takedowns of McCarthyism by whipping a tennis ball at an unsuspecting producer, Hannity chooses to report on “the escalating violence that is happening in Ferguson, Missouri” his way: by firing this faux pigskin to no one in particular. Let’s break down his amazing display of athleticism during this trying time. 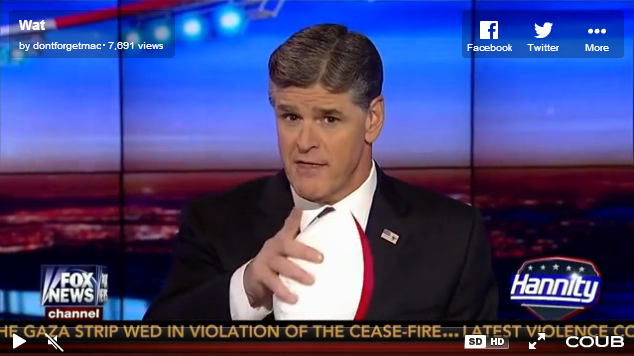 For starters, Hannity’s grip is pretty off. Sure, he could toss the football to someone, but chances are it won’t be delivered properly. Note the extended index finger, which gives Hannity the ability to deceive his opponent while, at the same time, lead a receiver the direction of his choosing. Just like Roger Ailes drew it up. 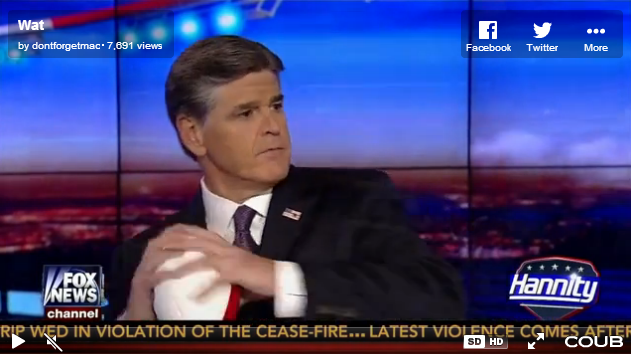 Hannity’s form is OK, considering he’s in a suit. It all just feels a bit lazy, which is disappointing. He seems to be making light of the very idea of throwing a football, in a way that seems completely irresponsible. Maybe he doesn’t understand the gravity of the situation. I mean, it’s his responsibility to throw a perfect strike, though he also appears to be leading the receiver to the left…a definite violation of Fox News’ route-running techniques. 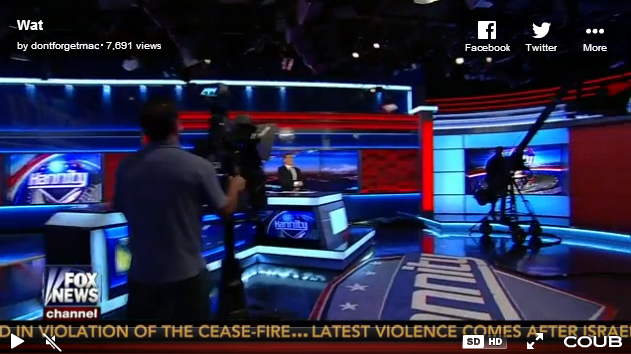 Don’t get me started on the release. No follow through. It’s like he’s making a mockery of throwing a football. He promises to deliver his message but does nothing to ensure the ball will be received in a responsible way. A ball needs to be reinforced with muscle and grace, but there is nothing strong about this delivery or follow through and he’s taking zero responsibility for any of this.

It’s almost as if Hannity is saying once the pass has left his hand, it’s no longer of any concern to him. He’s just the agent of delivery. But he’s only putting the receiver in danger by serving up a shaky ball, leaving them uninformed and uncovered. The receiver is most certainly fucked.

There is one thing Hannity did get right about his toss: Much like Tom Brady (or Ronald Reagan), his hair remained perfect throughout.