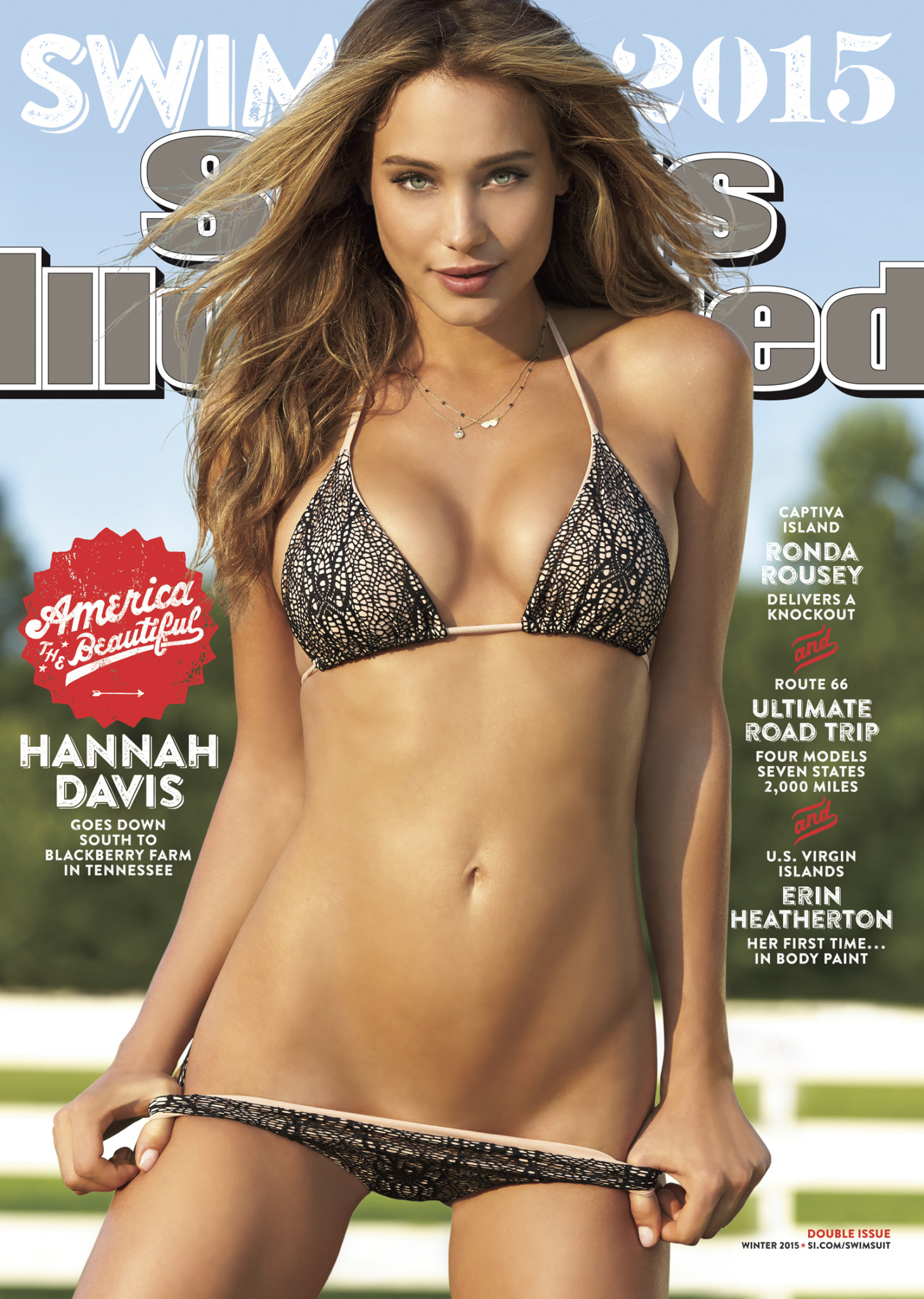 When model Lily Aldridge graced the cover of Sports Illustrated‘s 50th anniversary Swimsuit Edition last year with Chrissy Teigen and Nina Agdal, she never commemorated the milestone with a framed copy. And the mammoth poster of the cover that someone did give her currently resides in her closet. But, she says, she made sure to autograph an issue for her husband, Kings of Leon frontman Caleb Followill.

Aldridge, along with current SI Swimsuit Edition cover model Hannah Davis, is in the Tennessee capital for the sports magazine’s music-oriented “Swimville,” two days of concerts by artists like Kings of Leon, Chris Young and Will Hoge, and cover signings by Davis and the women in this year’s issue. In fact, it was Aldridge and Followill, both Nashville area residents, who helped lure SI to town. “My husband does the Music City Food and Wine Festival in September. I invited Sports Illustrated to come down and they just fell in love with the city and they wanted to do launch week here.”

Davis’ cover, shot at Blackberry Farm, a mountain retreat in Walland, Tennessee, about three hours east of Nashville, also made Music City a natural choice to host Swimville. Yet the photo – with Davis’ bikini bottom playing a game of peekaboo – didn’t arrive without controversy. Some have commented that it borders on the obscene.

Aldridge feels likewise. “It’s so ridiculous. It’s swimwear, sexy girls…it’s really not that crazy at all. Hannah looks beautiful and I think people just like to make a deal of anything,” she says.

The lines to meet the models at Swimville – which attracted 15,000 people on its first day alone – were a mix of tourists and locals, from teenage boys to businessmen. It’s the former that elicit the best responses, Davis says. “Their hands start shaking and it takes them like five tries to take a selfie. I’m like, ‘Honey, just calm down. I’m as normal as they come.'”

Even country singer Young, a diehard sports fan, found it hard to think straight around a tent full of models. When the organizers asked him to perform, he says he answered, “yes” in one long run-on sentence. “But more than anything, it’s been a chance to mess with my buddies. All my guy friends were like, ‘How’d you get to play that?'” Young says backstage, where models and artists like Chase Rice were milling about. “If I could find some way to not only play music but also talk sports, I don’t know what I’d do with myself.”

Despite the wealth of options to view photos of naked women online – which John Oliver pointed out while skewering the Swimsuit Issue in a “How Is This Still a Thing?” segment on Last Week Tonight – Davis and Aldridge believe the annual edition maintains its appeal thanks to the surprise of who scored the cover.

“This one magazine comes out once a year and you can’t wait to see who the girls are, who the new girls are and who came back,” Aldridge says.

“It’s not like Maxim where they always have hot girls on the cover every month,” Davis adds. “It’s the anticipation that makes it so great.”

For Davis, after a full day of mingling and posing, she was most anticipating a late lunch at local fave Hattie B’s Hot Chicken. She and a bunch of her fellow models are feeling adventurous. “I don’t even know what hot chicken is,” she says, “but I love chicken any way it comes.”