On Monday, the LA Rams became the first team this season to fire a head coach when they purged Jeff Fisher, just another Hollywood dream crushed by high expectations; or in the case of Fisher, totally average and mediocre expectations. The execution of Fisher was surprising if only because it seemed like he was untouchable for the last two decades after he kept hanging onto jobs despite few positive outcomes, but completely understandable because he has perhaps the longest track record in NFL history for being completely bland and uninteresting.

So if Los Angeles can fire Fisher, maybe some other franchises can finally stop accepting mediocrity, or in some cases, idiocracy.

There’s a good chance that at least five or six more head coaches will be fired. What else could most of these franchises who are mulling these decisions gain from the next three games that they don’t already know? Surely there are a few teams that won’t make anything final until they’re officially eliminated from Super Bowl contention, but who are those teams? And should we expect them to fall short of expectations, therefore leading to the conclusion that those coaches are nearing their final day?

Rex Ryan Keeps Football Interesting Enough – But Will It Matter?

Coaches that are in big trouble

Gus Bradley, Jacksonville Jaguars
Bradley’s been at the helm in Jacksonville for the last four seasons, which still makes largely responsible for the Jaguars becoming the first team in NFL history to lose at least 11 games in six straight years. His 14-47 record and .230 winning percentage will go down as one of the worst ever and at this point the only surprise is that he lasted this long.

Chip Kelly, San Francisco 49ers
Three years ago, Kelly may have been considered the best new head coach in the NFL, but he could just be days from being fired for the second time in under a year. It’s not usually fair to quit on a coach who has been given just one season, but the 49ers have gotten remarkably worse under Kelly compared to how they were in 2015 with the wholly-unqualified Jim Tomsula. There’s a chance he survives, but it’s going to take a lot to erase the memory of this current 12-game losing streak. 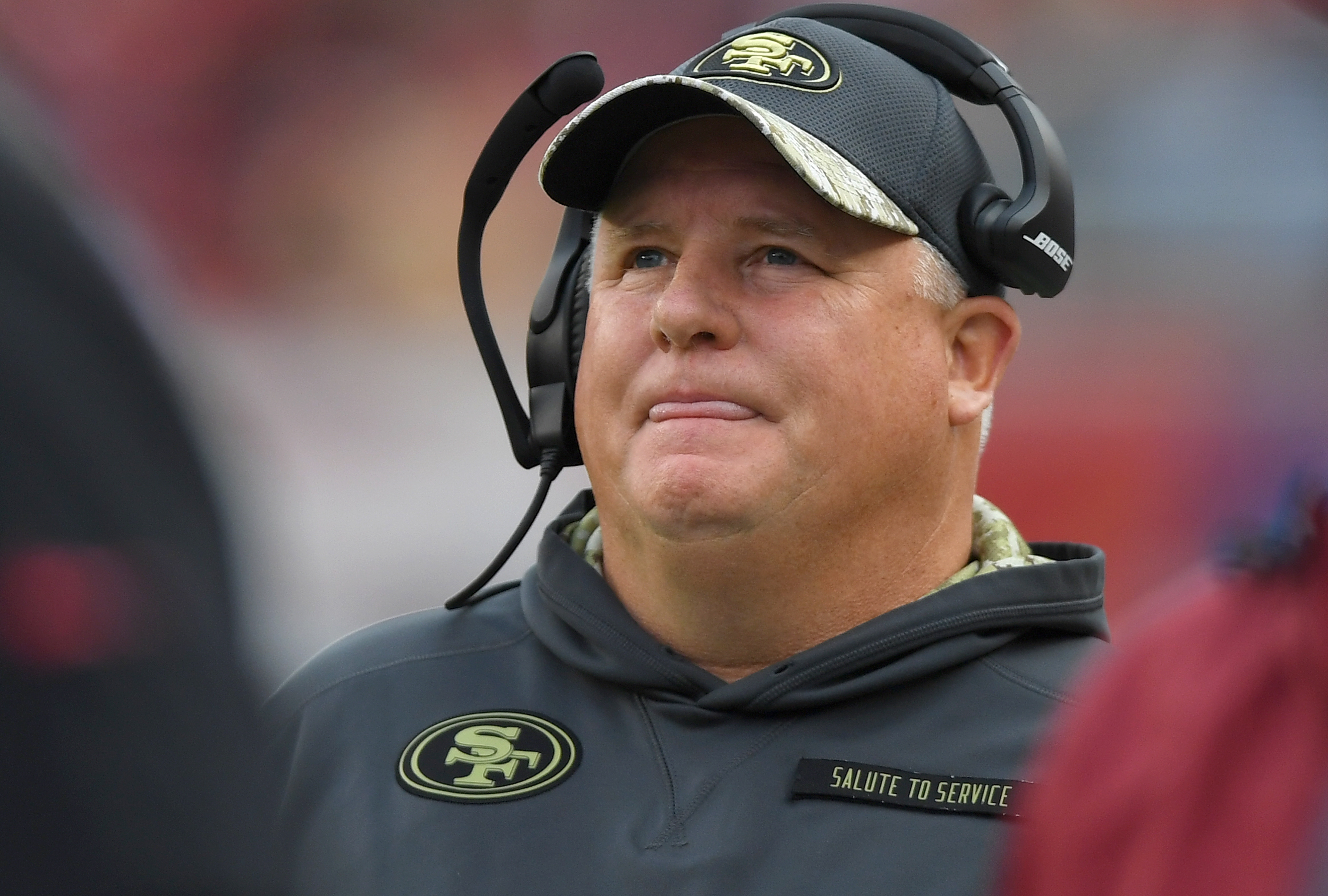 Chuck Pagano, Indianapolis Colts
Other than winning the NFL’s worst division in 2013 and 2014, what has Pagano done to earn a free pass during a season in which Indy has gotten swept by the Texans and lost to the Jags? Andrew Luck is not progressing like he should be and the defense is harder to watch than the Blair Witch remake despite Pagano supposedly being a “defensive-minded genius.” The Colts don’t have a huge rebuild necessary in order to get better, which is why they should re-evaluate who holds the posts at general manager and head coach.

Coaches that should be worried

Todd Bowles, New York Jets
Why give Bowles a pass if the 4-9 Jets lose out and finish as one of the five worst teams in football? A year ago they went 10-6 with Ryan Fitzpatrick so how can you blame them for imploding with Fitzpatrick returning? Especially since it’s the defense that has helped contribute to several blowout losses. If Bowles ends on a high note then there are still good pieces in place to get right back to contention in 2017 but an ugly finish should give the front office enough reason to see if someone else can make it work with these really good defensive talents.

Rex Ryan, Buffalo Bills
Rumors say that Ryan could be fired at any moment, but there are still positives to reflect on for the Bills, like that they’re first in rushing, Tyrod Taylor has regressed but is still having a nice season, and they’ve had breakout years from guys like Lorenzo Alexander and Zach Brown. Buffalo has games remaining against the Browns, Dolphins and Jets; if they win two of those and finish 8-8, why not keep Rex? If they manage to lose two of those, then yes it’s time.

Mike McCoy, San Diego Chargers
The only thing that could save him is the fact that it wasn’t his fault that management failed to agree to a contract with Joey Bosa in time to have him ready for the regular season, which certainly would have had a huge impact on their 1-4 start. San Diego has also placed Danny Woodhead, Keenan Allen, Manti Te’o and Brandon Mebane on IR, while 2015 Pro Bowl corner Jason Verrett has missed all but four games. Over the final three weeks, McCoy needs to both avoid losing to the Browns, and notch an upset vs the Raiders or Chiefs.

John Fox, Chicago Bears
There’s practically no talk of Fox getting fired despite the Bears currently sitting at 3-10, probably because of the mess at quarterback and the fact that people are pretty curious about the potential of Matt Barkley and running back Jordan Howard. Maybe they keep things settled and see what happens in 2017 but historically it’s difficult to survive a 3-13 record in your second season, should Chicago lose out. 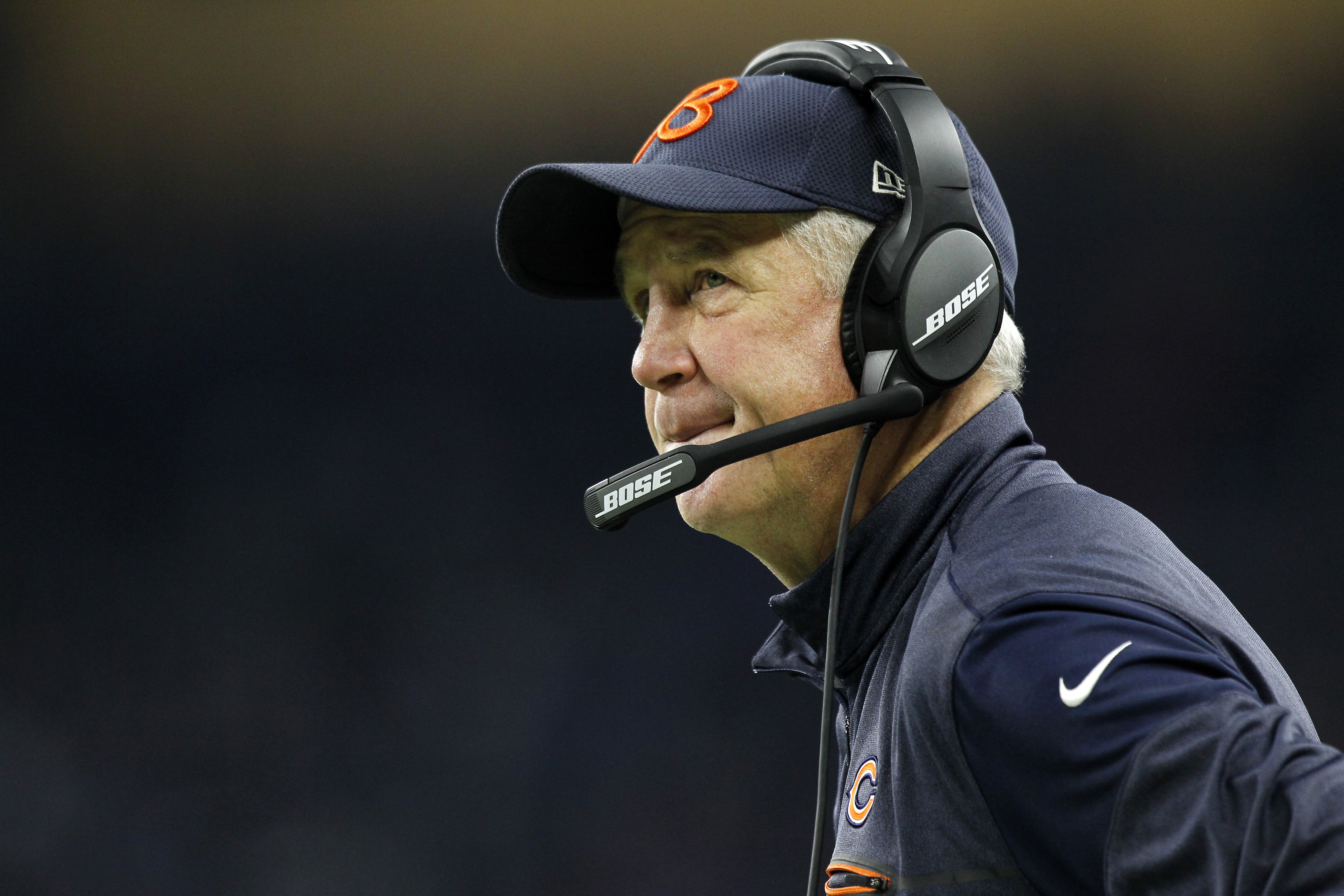 Hue Jackson, Cleveland Browns
It would be foolish to think that any coach would be safe after going 0-16, but I don’t believe that anything should get Jackson fired. The Browns gave him nothing to work with and they knew that going in. Jackson wasn’t the one who traded down from the number two pick for future draft capital. Jackson isn’t responsible for cleaning up the messes of Josh Gordon, Johnny Manziel or Justin Gilbert. The front office should know that and he should be fine, but if Cleveland decides they do need a scapegoat for a winless season, he might be the target.

Marvin Lewis, Cincinnati Bengals
Similarly, I think Lewis’ safety is a foregone conclusion. Owner Mike Brown emphasizes a belief in organizational continuity and attitude that takes precedent over playoff success. Whether that’s right or wrong, the Bengals won’t make any rash moves after having made the postseason in six of the last seven years. Lewis has survived worse seasons than this one but maybe an ugly finish would finally force Browns’ hand.

Bill O’Brien, Houston Texans
If general manager Rick Smith is retained after signing Brock Osweiler to a $72 million contract, would he be inclined to make O’Brien – a supposed QB guru – the scapegoat for Osweiler’s horrific season? The Texans aren’t any good so if they lose the AFC South to the Tennessee Titans, would they part ways with O’Brien after a spotty three seasons?

Ron Rivera, Carolina Panthers
They went 15-1 a year ago and made the Super Bowl but in four of Rivera’s other five seasons, he’s failed to post a winning record. And when they went 12-4 in 2013, the Panthers were one-and-done in the playoffs. Now 5-8 with a trashy post-Josh Norman defense and Cam Newton regressing to his normal, old, overrated self, what’s keeping Carolina from trying something different if they finish 6-10 or 5-11?

Something needs to improve quickly for him, just as it does for all of these coaches. But it may be too late.