Anthony Bennett, the most unexpected No. 1 selection in recent years – in the flyover 2013 NBA Draft, to boot – began his career with a stumble.

Ailing from a torn labrum, he missed his first Summer League and entered the season out of shape. The only headlines he made were for taking five games to score his first NBA basket. Unready and unsure, Bennett spent his lone year with the Cleveland Cavaliers teetering in and out of the rotation with a locker room that bordered on acidic.

A healthy offseason and a blockbuster trade later, Bennett’s life has normalized. In addition to losing over 20 pounds, a new situation helped shed the bulky weight of high expectations – now, he’s not even the most famous Canadian No. 1 pick on his new team, the Minnesota Timberwolves.

In a lot of ways, Bennett is just an average 21-year-old kid from Toronto, albeit one adjusting to NBA life (He’s met Drake a few times, but adds “I don’t have his number or anything.”) And with the new season underway, he spoke with Rolling Stone about Canadian Thanksgiving, his secret nickname and his new beginning.

When did you get to Minnesota?
I was there for a week and then I went to L.A. to work out until training camp. It was me, Shabazz [Muhammad] and Ronny Turiaf. Shabazz was there probably for six weeks. Ronny was probably there for five-to-six, too. As soon as I got traded, they sent me out here.

How did you shed all that weight?
I did a couple of basketball things here and there just to stay ready, but my focus was just running up and down. My trainer in L.A. had me on a pretty strict diet. Protein, and in the afternoon I can eat a bison burger, pasta – nothing too fattening. At night I have to have salad. I can add grilled chicken, I can add shrimp but it has to be a salad. Then I have protein drink at night. I mean, it’s nice. I’m not eating straight grass. 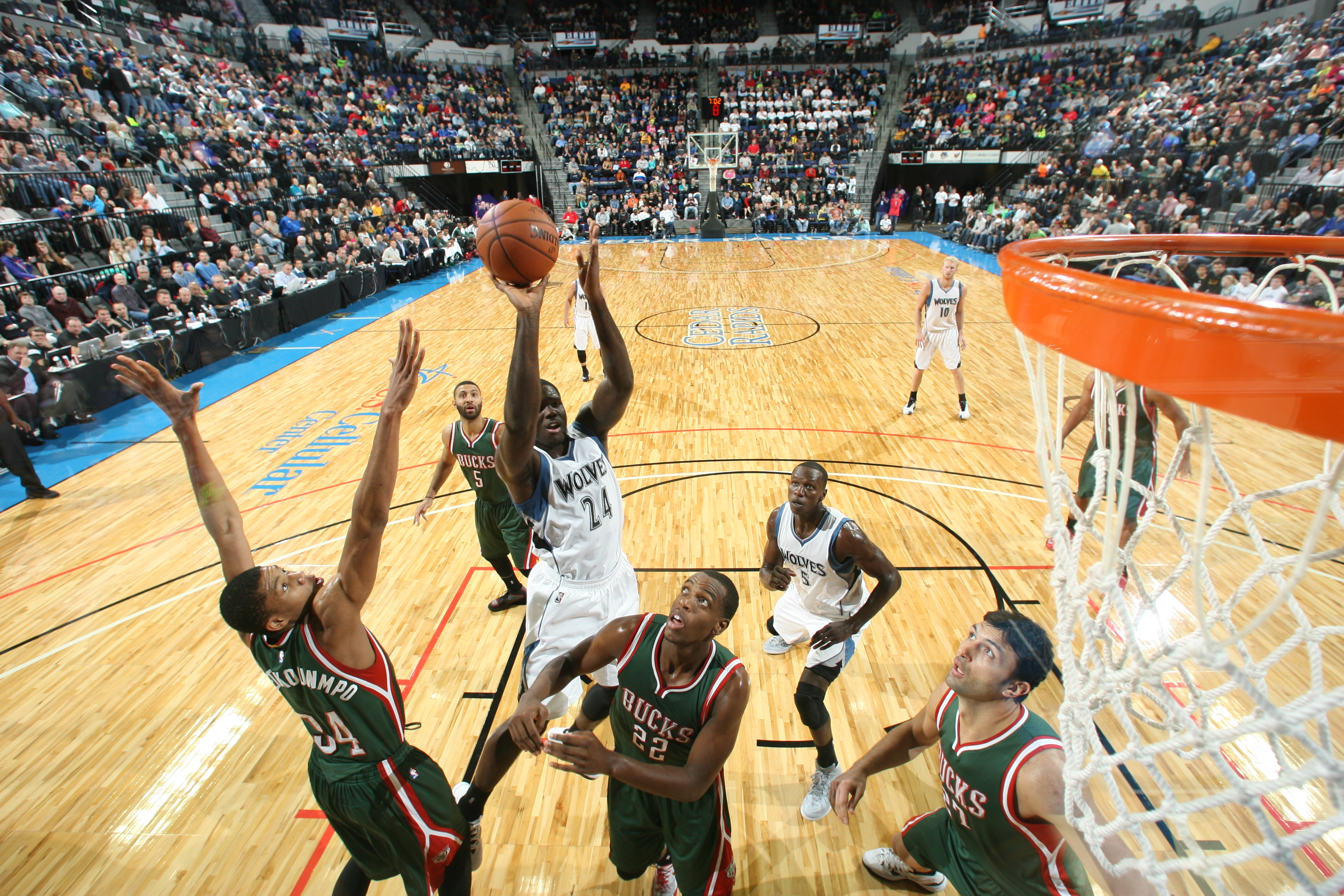 What about Canadian Thanksgiving? You didn’t cheat and eat turkey?
Nah, not at all man. I can’t change the diet. I just FaceTimed my mom and my brother because they had their dinner. Everybody was there so I probably spoke to them for 30-40 minutes.

You spent a lot of your summer in Toronto, right?
Yeah. With the trade rumors, I didn’t know where I was gonna end up so I was just in Toronto.

Getting traded is tough, but it must be nice to get a fresh start.
Pretty much. [We have] a lot of new faces, so they’ve just been teaching me the ropes along the way. It’s been helpful. They’ve just been telling me to work hard, because they feel I’ve been through ups and downs in the first season. Last year, I didn’t play the whole summer. That was the big difference. I spent my offseason on the basketball court, actually doing something and staying active.

It’s a fresh start. God gave me an opportunity. A new team, new coaching staff, new players, so I just gotta go out there and play hard. Just being around these guys, just fighting everyday. It’s gonna make it a lot better.

How did you deal with all the criticism last season?
It definitely hurt. But I learned a lot throughout the season. It’s something I can put into this season and teach the new guy coming in. It was definitely rough, but something not to get down on myself about.

How do you relax when you’re not on the court?
I like to play Xbox, pretty much just chill. I’m just a chill guy. Call of Duty, stuff like that. Running up and down, I save that for the court. I like to watch TV. Right now, I’m into Sons of Anarchy. It’s the new season, I’ve been kind of keeping up with that. Other than that, my favorite cartoon is Family Guy.

Can you do the Shmoney Dance?
Do I know how to do it? Of course. I don’t dance for everybody. Like, I don’t really open up. But once I get comfortable with everybody, I start dancing a lot, you know, start rapping. I kinda freestyle off the top but I can rap a whole song. Last year, they called me Radio Raheem.