There are so many stories about Nick Saban’s scrupulous attention to detail, but my favorites tend to be the ones that aren’t true: That he has never yawned during a meeting, or that he had ESPN removed from the team hotel’s cable package in the days before the 2013 national championship game, or that he ingests a brimstone smoothie with his Little Debbie Oatmeal Creme Pies every morning.

It’s easy, at this point, to turn the Alabama football coach into a caricature of himself, because his primary quality – his obsessive attention to detail, and his intolerance for those who don’t live their lives in the same way – is so utterly amplified. No other coach has ever penalized his own student body for failing to live up to its obligations; no other human being could lecture a reporter on the merits of Mick Jagger with quite the same gale-force wind of conviction.

The things that make Nick Saban perhaps the best coach who ever lived are the things we’ve always mocked him for, but here he is, in his eighth year at Alabama, and his methods are still cowing us into accepting that, hell, he’s ultimately right about everything.

On Saturday, the Crimson Tide thoroughly defeated the top-ranked team in the country, the Mississippi State Bulldogs. The final score was 25-20, but if we’re being honest with ourselves, it never really felt that close. The Tide were better offensively, and they were suffocating defensively against an MSU team that had shown few weaknesses all season up to this point; when the Tide needed a crucial drive in fourth quarter, they relied on a flawed but exciting fifth-year senior quarterback named Blake Sims to make a couple of crucial third-down conversions with his feet.

This season commenced with the idea that perhaps we had reached the expiration date on the Alabama dynasty. It began with the notion that Saban, perhaps reaching some desperate end after a bad loss to Oklahoma in the Sugar Bowl, had made a flailing grasp at continued relevance by hiring perpetual disaster Lane Kiffin as his offensive coordinator. This season, with the Tide breaking in an inexperienced quarterback, was potentially the year that they would recede into the middle of the pack in the loaded SEC West. (When they crept past Arkansas 14-13, Saban actually got pissed about the expectations that had been set because of his own rigorousness.) 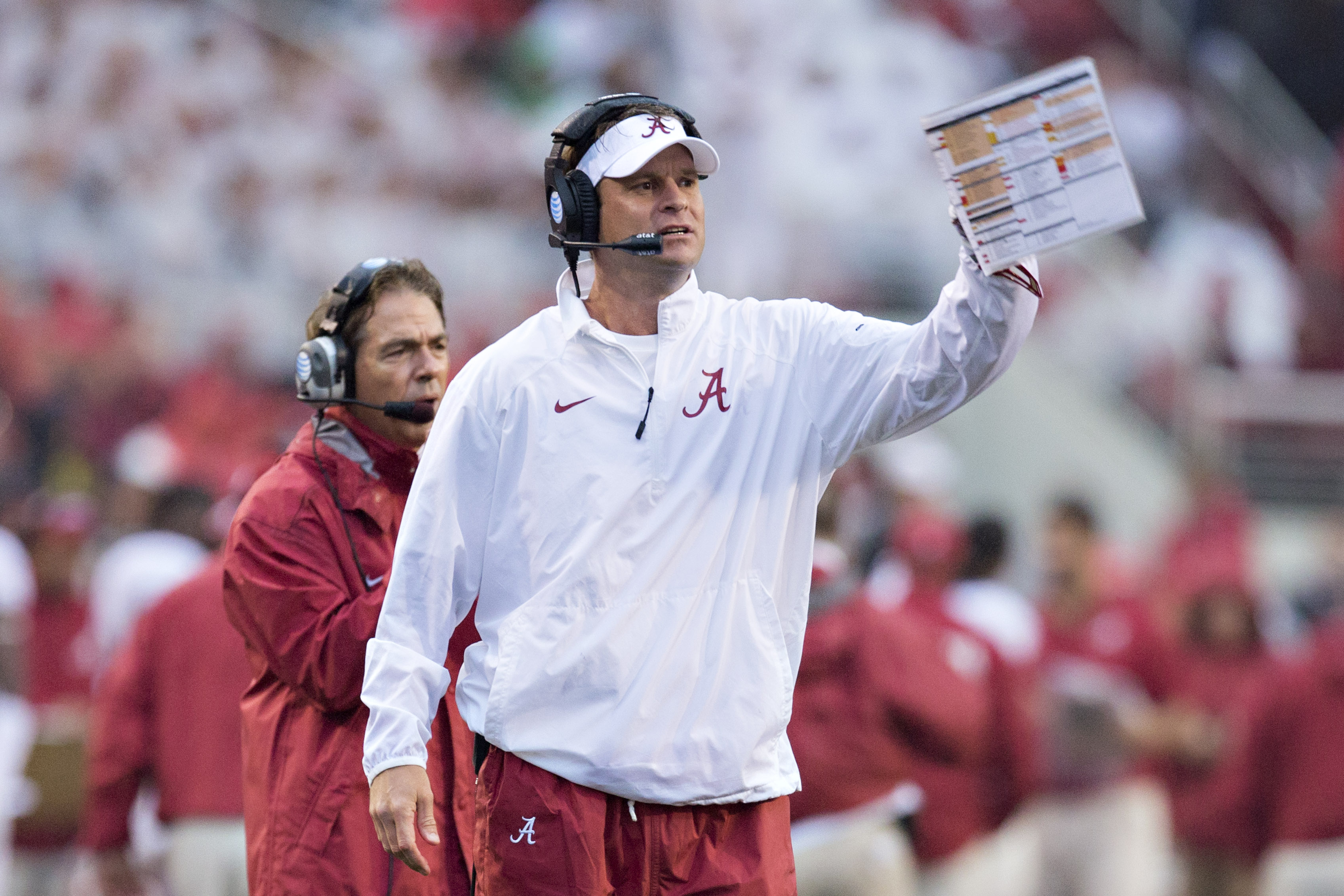 For a short time, this was the year of Mississippi, and that storyline was fun little diversion from reality for a while, but here we are again, back where we’ve been for each of the past five seasons or so: Alabama is clearly the best football team in America. At 63 years old, Nick Saban still has this coaching thing figured out in ways his peers have yet to match; even the Kiffin experiment appears to have worked in ways we couldn’t have foreseen.

And the funny thing is, it no longer feels bothersome or annoying to have the same storyline boomerang back in my face. The funny thing is how I’ve learned to stop worrying and love the devil himself.

There is an obvious paternalistic quality to college football: The central figures are middle-aged men grasping at the age-old problem of how to teach teenagers to morph into responsible members of society. This has been Nick Saban’s forte from the start, and for a long time, the coldness of his methods probably turned off the masses, but as is often the case with father figures, you start to appreciate them more and more the longer they stay around.

You can see Saban softening up in certain ways; you can see it when he shares stories about his own demanding father, or when he does the electric slide, or when he leaps into the arms of his starting quarterback after a victory. There are times when he still comes across as a complete dick, but he’s the kind of dick you can’t help but respect, because after all this time you’ve come to understand the greater purpose. And there’s something to be said for that, especially this season, when the Tide’s potential opponent in the national championship game has aroused so much anger at its immature behavior.

I mean, let’s just forget, for a moment, the off-field problems that continue to pile up at Florida State. Just watch the way the Seminoles play, the way they won another game on Saturday night at Miami by relying on sheer talent to bail them out at the last possible minute. Has there ever been a more frustratingly petulant elite team – a squad that reflects (fairly or unfairly) all our complaints about the laziness of youth – since the Reagan era?

The problem for Saban (such as it was) is that he became the villain in college football by sheer virtue of his icy genius. But compare Saban’s Tide to Florida State’s confounding method of victory, and Alabama starts to look a lot less like the bad guys. And so you start to appreciate that Saban is still here, still winning, still able to drive himself to work toward such an elevated standard of perfection that it often veers into the apocryphal.

When a previous Alabama coach, Paul “Bear” Bryant, was roughly Saban’s age, he collapsed in the shower due to congestive heart failure. At some point, I imagine, all of this pressure will catch up with Nick Saban, too. At some point, he will have to let go. But until then, maybe it’s best to stop rebelling. Maybe it’s best to appreciate the man for the things he does and the things he never did, because at this point, we’ve grown up with him, too.