It turns out that Michael Jordan can use his celebrity to make money off of absolutely anything.

When UNC took on Duke at the Dean Smith Center last weekend, Jordan was there in person to watch one of the biggest rivalries in sports go down. It makes sense that the most famous UNC alumni of all time would return to his alma mater to take in the game, but the main reason for his presence was to make a speech at halftime about the Jordan Brand’s new partnership with UNC Football. The only problem: Jordan made a mistake at the end of his speech that was so good – or bad, depending on how you want to look at it – it made everyone forget about the Crying Jordan meme for at least a couple of minutes.

“I wish you guys nothing but the best,” Jordan said. “The ceiling is the roof. Let’s make it happen. Let’s keep moving forward. Congratulations.”

“The ceiling is the roof” pic.twitter.com/RtcKkVUQ1h

However, as is always the case with Jordan, it looks like he’s going to get the last laugh. Not only did Jordan Brand give out t-shirts to the UNC marching band during the team’s ACC Tournament game on Thursday which read “CEILING. ROOF. GOAT,” those same shirts will soon be sold at to-be-announced locations. As Jordan’s business manager Estee Portnoy told ESPN’s Darren Rovell about Jordan’s mishap, “We love it.”

According to Yahoo! Sports, Thrill City founder Ryan Cocca also jumped on the opportunity to capitalize on Jordan’s blunder and designed a “The Ceiling is the Roof” t-shirt that weekend. Within 48 hours, he received $12,000 worth of orders. We can probably assume Jordan will be making a lot more money than that in the coming weeks with his version. 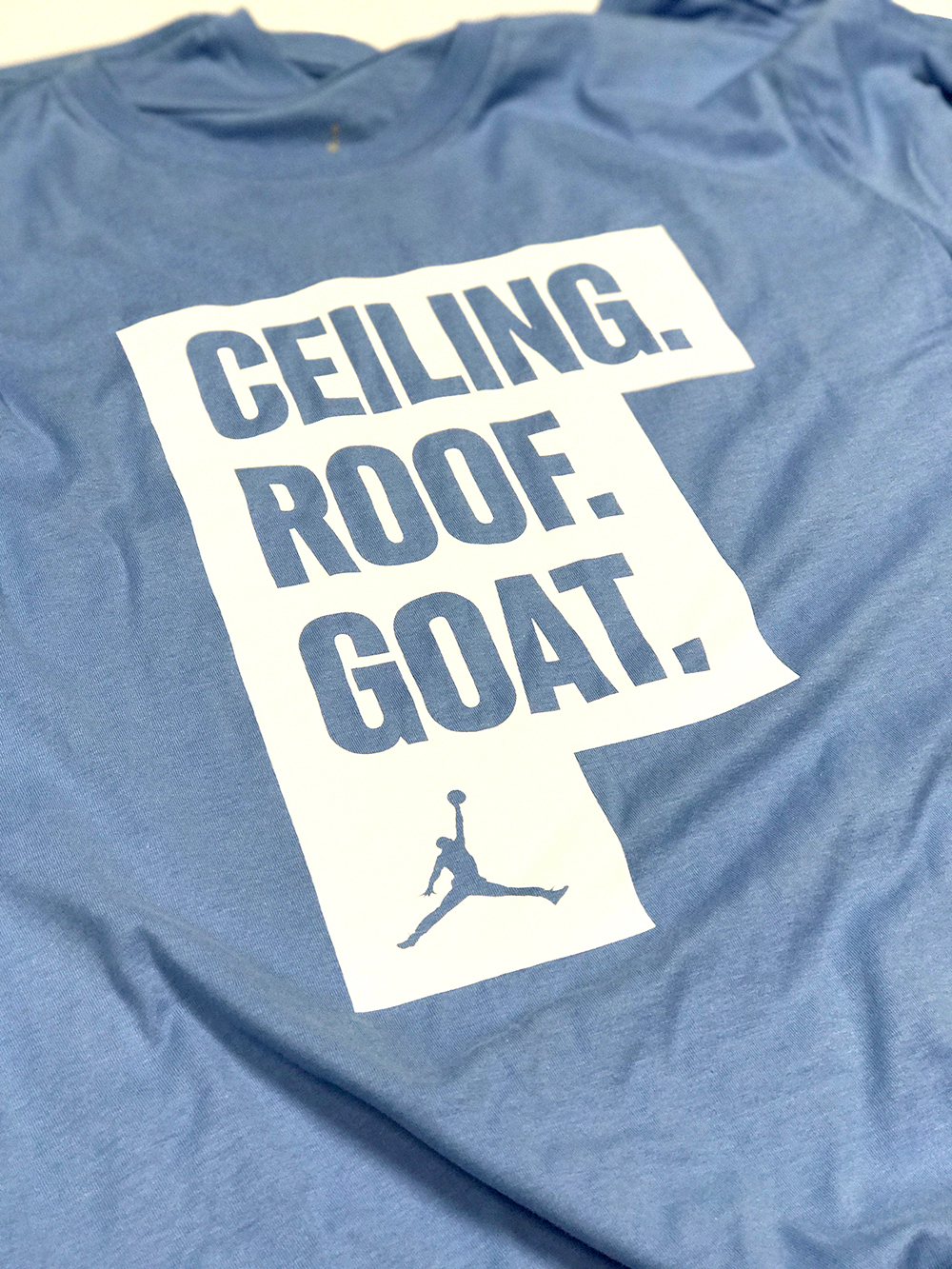