Michael Bisping has hammered Anderson Silva with relentless verbal blows ahead of their UFC Fight Night 84 main event encounter on Saturday at London’s 02 Arena. This was probably to be expected.

After all, Bisping (27-7 MMA, 17-7 UFC) is one of UFC’s all-time great trash talkers, and Silva (33-6 MMA, 16-2 UFC) gave him plenty of ammunition when he failed multiple drug tests around his UFC 183 fight with Nick Diaz in January 2015. Silva was hit with a yearlong suspension, and though he’s maintained his innocence throughout, Bisping isn’t buying it. The way he sees it, “The Spider” has been bending the rules since Day 1.

“In my mind, the guy is a deplorable human being,” Bisping says. “This is a contact sport, it’s a vicious sport, and to take steroids is a cowardly act – borderline criminal as well. The guy has no business calling himself a martial artist and he should be ashamed of himself.

UFC 196: Conor McGregor vs. Nate Diaz – Not History, But Lots of Hate

“I don’t think at 39 years old, having the career that he had, being the longest-reigning world champion, being a multiple-time record holder, there’s no way at 39 he was going to take steroids for the first time,” he continues. “Logically, that doesn’t make sense. Call me a cynic, but I would assume that he was taking steroids his whole career.” 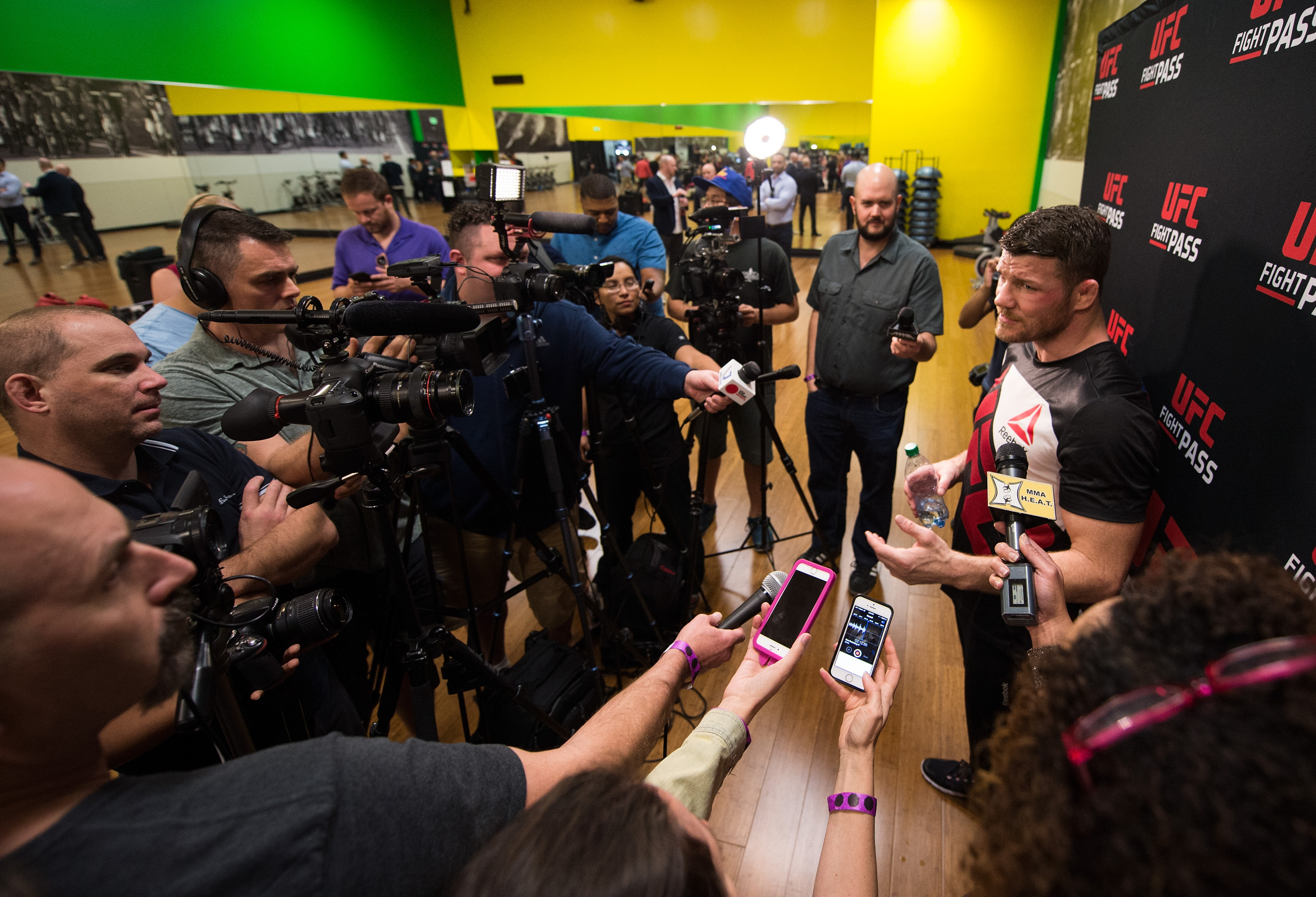 Not surprisingly, Silva denies those claims. The former longtime UFC Middleweight Champion says he unknowingly used banned substances to help with sexual performance and that he never cheated before or after the singular incident in which he tested positive. Silva says he has a clean conscious, and that’s why he’s able use Bisping’s barbs as motivation.

“They’re definitely serving as motivation to me,” Silva says through a translator. “It’s going to be a great fight, not only for me but for Bisping too. I’m excited to go out there and put on a good performance.”

The past few years have been rough for Silva. In July 2013, he lost the 185-pound title he held for nearly seven years to Chris Weidman when he was knocked out for the first time in his career. At their rematch in December of that same year, he suffered a gruesome broken leg that kept him out of action for more than a year. After a long recovery, Silva came back for the fight with Diaz. It wasn’t his best performance, but he won. That’s until news of his drug test results became public and the victory was overturned to a no-contest.

Now he officially hasn’t recorded a win since October 2012.

“All my fights have been different sorts of challenges,” Silva says. “To me, whether it’s a no-contest or not, whatever they say, at the end of the day I fought and I won. That doesn’t affect me.”

Bisping’s says Silva’s lack of acknowledgement when it comes to any wrongdoing is typical of his character.

“That’s Anderson, isn’t it? He’s very aloof and he’s always been aloof,” Bisping says. “It’s almost like he feels too good to take part in any of this. He feels he’s the invincible Anderson Silva and all of us are beneath him. That’s how he carries himself so it’s not a surprise. The guy tested positive for steroids in his last fight, so how he could feel he’s above anybody is beyond me.”

Bisping might view Silva in a poor light as a person, but as a fighter, he knows he’s the real deal. Bisping believes a victory over a 40-year-old version of Silva would still be the biggest of his career – and should set up a title shot at 185 pounds later this year.

“There’s not much of a bigger fight out there than Anderson Silva, in any weight class. Maybe Conor McGregor, but he’s all the way down there at 145,” he says. “At the higher weight classes there’s no one bigger than Anderson Silva. He’s a household name in mixed martial arts, and when I beat him I think that puts me in line for a title shot.”

Although Bisping is already thinking about where a victory on Saturday could lead him, Silva says his perspective is the opposite. The Brazilian has mentioned a desire to regain the UFC title in the past, but as the fight looms nearer, those larger aspirations dwindle and his focus zeroes in on the task at hand.

“I believe at my age it’s just one fight at a time, and as the opportunities arise I’ll decide what I do,” Silva says. “It’s a great opportunity to be back here fighting in London against a great athlete like Bisping. I’m excited to be back.”

Bisping isn’t ready to just let Silva walk onto his turf and score a victory, though. More than five years have passed since Bisping fought in his native England, but it’s still the country where his career began and his reputation as a notable fighter was formed. Silva’s comeback may be the major narrative at Fight Night 84, but Bisping’s opportunity to solidify his place as title-worthy contender – in his own backyard – isn’t far behind. Only one man will get their desired ending, though, and Bisping is convinced it’ll be him.

“He’s wearing these T-shirts, ‘The Spider Rises Again.’ For the Spider to rise he has to beat me and I’m just not the right man for the job,” Bisping says. “I’m here to win. I haven’t worked so hard to lose this fight. I see him as a very beatable fighter and I think he was taking steroids his whole career.

“Obviously every fighter wants to be the world champion and that’s what I want to achieve. That’s what I’m pushing for and that’s why I’ve trained so hard all these years,” he continues. “It’s within my grasp, and if I beat Anderson Silva I’m one step closer. I’ve been close several times before but now I believe I’m truly ready. Now is my time and yes, that’s my ultimate goal.”