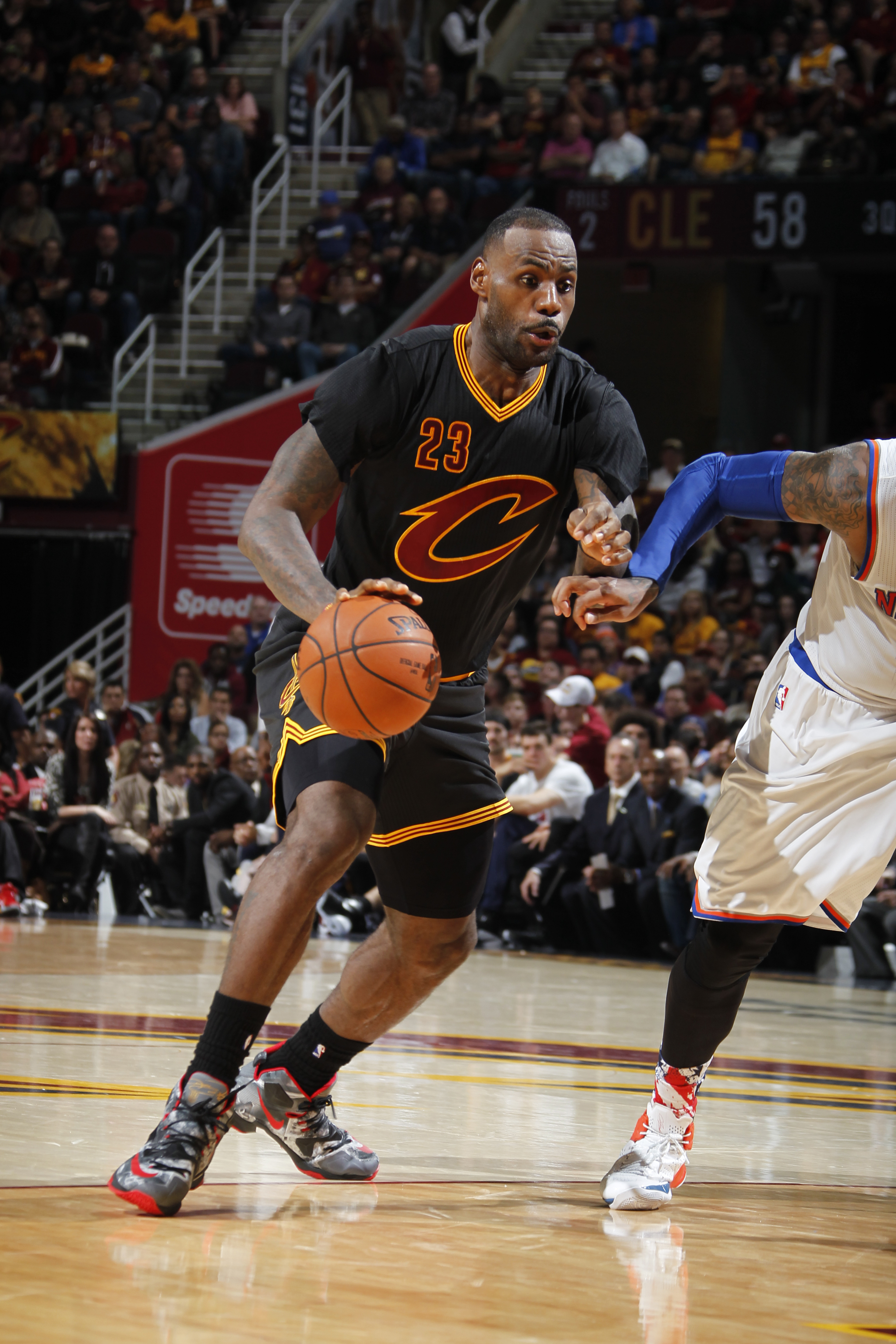 Like many of his coworkers, LeBron James isn’t a fan of short-sleeved jerseys the NBA introduced in the 2012-13 season.

Following a dismal showing against the Spurs in 2014 – a blowout loss in which James was 6-of-18 from the field – he placed most of the blame on the sleeves, saying they hindered his shooting motion and making it quite clear that, despite there being plenty of data to suggest he was making a mountain out of a molehill, he wasn’t a happy man.

“Every time I shoot it feels like it’s just pulling right up underneath my arm,” James told ESPN. “I already don’t have much room for error on my jump shot. It’s definitely not a good thing.”

Fast-forward a year and little has changed. While James managed to avoid wearing the alternate unis in his return to Cleveland last season, he was forced to bite the bullet on Wednesday, when the Cavaliers unveiled their black short-sleeved set with the Knicks in town. Instead of taking another L, though, he took matters into his own hands by Hulking up and giving his pipes some breathing room in the middle of the game.

James said it was an act of frustration, and had nothing to do with the sleeves – “The jersey was the only thing I could go to,” he said. “I couldn’t do nothing to my face.” – but since he found his groove soon after tearing at his top (and led the Cavs to a come-from-behind win), perhaps there’s something to his whole “sleeves suck” argument.

Of course, just try telling that to the NBA when they come to collect the inevitable fine for the stunt. Maybe LBJ can rip that up, too?