Kobe Bryant is – or, was – an unimpeachably excellent basketball player. Over his 20-year career, he has won five championships, scored the third-most points in NBA history and scowled his way into the canon of top 10 or 15 or 90 best players of all time. And if you’re the type of person who considers Kobe Doin’ Work to be a seminal bit of American cinema or would gladly drop $824 on a snakeskin Kobe jersey, stop reading now.

Because if you’re the type of person who wants to be Kobe’s sunshoine, far be it from me to kill your high. Who’s to argue with someone who would devote his entire left calf to a Kobe tattoo? Why would I poke the bear – or rather, bears – who quit their jobs to follow Bryant’s farewell tour, Deadhead style? And since I have absolutely no desire to fight anybody in Temecula on Christmas, allow me to offer my own heartfelt tribute to Kobe Bean Bryant.

One of the best things about Kobe Bryant is that he reminds you how much you appreciate other basketball players. Unless you’re a Knicks fan, watching basketball is generally fun, primarily because most basketball players are fun to watch. Stephen Curry is Tinker Bell with deep three-point range; Russell Westbrook is Mad Max on hardwood; Lance Stephenson is Four Loko in baggy shorts. Kobe, though, provides a refreshing counterpoint to all this basketball merriment, a memo that this is, after all, a job. His game was built on conflict – first with others, more recently, with his own rickety body – and it shows. He’s always fighting, he’s always straining, he’s always weeding out any pesky mirth. Just as a passed rain cloud makes a fair weather seem fairer, Kobe makes the rest of the NBA seem like the Gumdrop House on Lollipop Lane.

Another excellent aspect of Kobe Bryant is that he leads by example; this man is an unflagging role model. Growing up with Kobe Bryant was like growing up with a deadbeat dad or a Little League coach with rage issues or an unfortunate combination of the two. As you, slackjawed and terrified, would watch him stagger and scream around the court, you’d make a mental note: Don’t be that guy. Don’t be the guy who shouts “Faggot” across a crowded stadium. Don’t be the guy who doesn’t invite friends or family to his wedding. Don’t be the guy who trusts no one. The vexing part is, the worse Kobe behaved, the more his teammates and NBA officials and fans and people at large reviled and defended him. He made enablers of us all. In a way, you could say he united a nation.

Off the court, Bryant is similarly role model-y. Who can forget his marvelously effective PSA that it’s bad to throw a splooge-soaked shirt at anybody, let alone an active police officer? Or his timeless lesson that if you don’t honor a bet, even a very small bet, you deserve a swift punch in the face? Of course, even these resounding actions don’t necessarily speak louder than words when you’re as eloquent as Kobe. Over the past two decades, Bryant has been a delightful boon for those of us who write fortune cookie sayings for a living (If you’re afraid to fail, then you’re probably going to fail), or curate motivational Twitter accounts (I’m chasing greatness), or are just facing a nasty sexual assault charge (It was totally consensual). Because, let’s face it, nothing is more inspiring than the sage wisdom of a 38-year-old who nicknamed himself after a snake because he thought it would be cool.

Speaking of that nickname – most humdrum, workaday nicknames originate from friends or family or people who know and love you. Derrick Rose’s handle, Poohdini, originated from his grandmother; Shaquille O’Neal dubbed Dwyane Wade Flash; Chris Andersen’s teammates tagged him Birdman. And in a brilliant miracle of modern technology, closed captions made Nik Stauskas the great Sauce Castillo. In fact, while the rest of us are pathetically dependent on others to fashion pet names for us, Kobe is his own man, fairly Emersonian in his self-reliance and ability to nickname himself. To be fair, you can’t really count on your parents to nickname you when they’re so busy fighting with you over your money. And your teammates can’t nickname you when they’re not even allowed to talk to you. Meanwhile, would you really trust Chucky Atkins to come up with something as genius as Black Mamba? 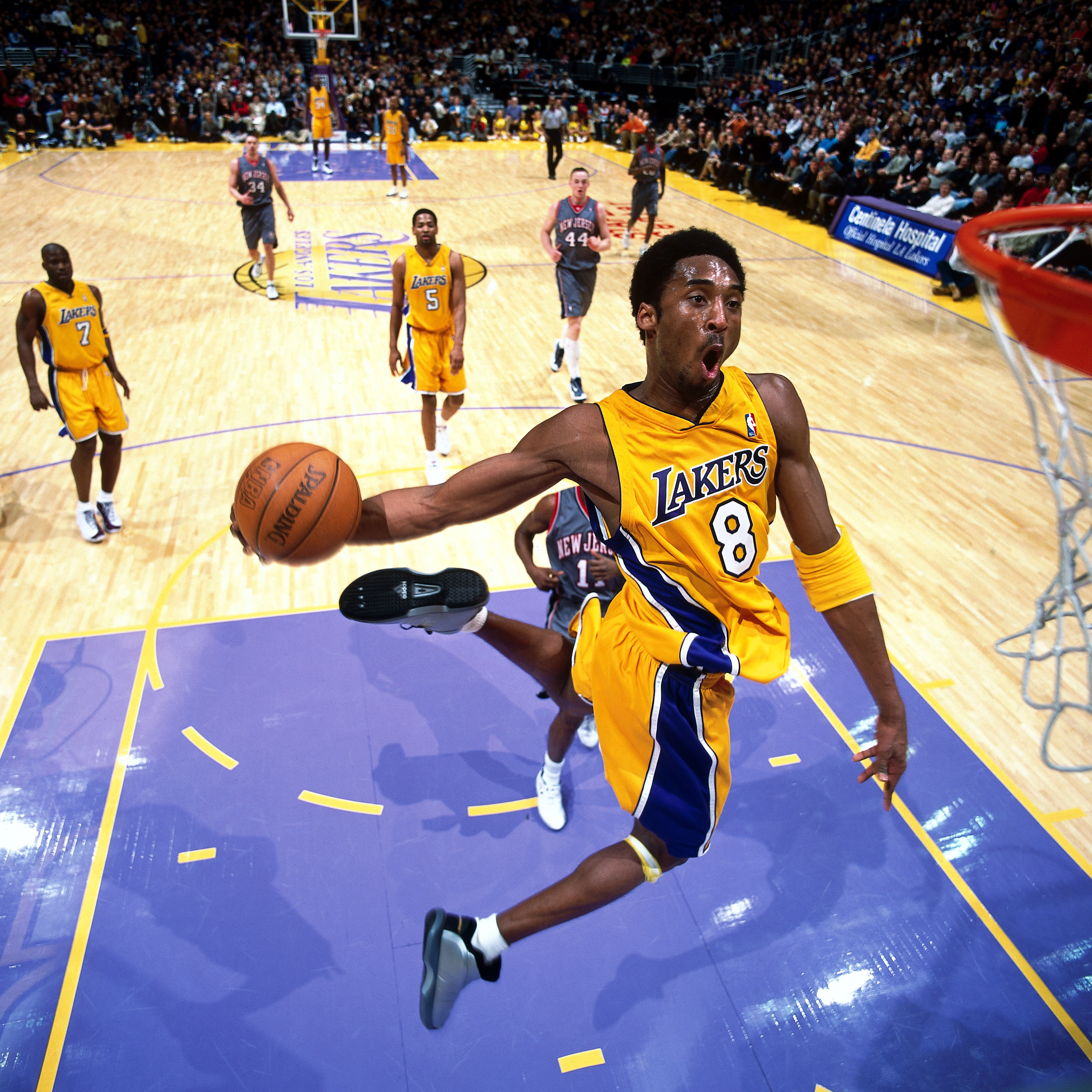 Amazingly, Kobe is one of the rare people in the world who seems to realize that, not only do friends give crappy nicknames, they’re completely superfluous and even detrimental to success. “Friends can come and go,” quoth he, “but banners hang forever.”

The most incredible aspect of Kobe though, is his ability to build. Here is a veritable Robert Moses, a man who doggedly created a legend out of – to quote that late, great sports fan, Antonin Scalia – jiggery-pokery and pure applesauce. With Nike, he created Kobe The Closer™, a cold-blooded, crunch-time messiah, never mind the fact that he made a mere 37 percent of shots in the last two minutes of a game to either tie or take the lead. Statistics are for eggheads who can’t recognize greatness. And never mind the fact that Kobe would never be the best player on a championship team (he finished second in Win Shares to Shaq from 2000-2002 and Pau Gasol in 2009 and 2010) and repeatedly tried to force a trade out of LA. Kobe is The Greatest Laker Ever™.

To be sure, the jewel in this mythical crown is Kobe’s title as The Hardest Worker of All Time™. Granted, other basketball players have lifted weights, but do they have Nike commercials to prove it? Yeah, other people have probably put up thousands of shots in an empty gym, but I’ll believe it when Drake raps about it. If a player goes to the gym and no one is there to film it, does he really have the heart of a champion?

In an NBA where hot-take hero worship, gravitas-laden branding and unbridled dickwaddery thrive, Kobe lies at the intersection of all three. His retirement marks the end of early-Aughts hero-ball, and as such, the end of an era. So perhaps, of all the many magical gifts that Kobe has given us, his greatest legacy is, that upon his leaving, we can now – at long fucking last – move on to something better.