In his prime, George Parros was the most feared man in the NHL. Nobody wanted to fight him, not even those whose one job in hockey was to skate around in search of a willing combatant to drop the gloves with.

At 6-foot-5 – an oak tree on skates – Parros also happened to be the smartest man in the sport. Here was a fearless and brutal fighter with an Ivy League degree (Princeton no less), a dashing mustache (more D’Artagnan than Magnum), and the easy charm of a rink rat from Morristown, New Jersey. It is little wonder, then, that he developed a vocal and dedicated following, a hardcore group of Anaheim Ducks fans who tracked his every move, even if for only the five minutes a game he was on the ice. Thus, in the fall of 2011, Parros Nation was born.

Hockey Is Family Business for Max Domi of Arizona Coyotes

“This Parros dude’s awesome, he’s an old-school type hockey player,” says Mike Hammer, recalling his first impressions of Parros. And as a Ducks season ticket holder with a background in the clothing industry, Hammer soon realized Parros Nation needed a uniform: T-shirts at 15 dollars a pop seemed like the obvious thing to do.

But the NHL is a corporation like any other, ready to pounce on the slightest encroachment on their right to sell the game. So Hammer wasn’t all that surprised when a team official came for the shirts (in fact, he’d kept a few boxes separate just in case). What happened next, though, was a surprise, and turned into a super-fan’s dream come true. Hammer’s confiscated “Parros Nation” T-shirts found their way to the man himself, who just happened to be developing his own clothing line at the time, for charity, ‘Stache Gear.

Parros was quick to invite Hammer to a post-game dinner with the idea of figuring out if there might be something to a collaboration. For his part, Hammer brought along old friend (and now business partner) Brian Talbert. As Hammer recalls, it was Talbert who came up with the name Violent Gentlemen.

“Brian had been sitting on the name, but told me soon after that first meeting that ‘Seeing [Parros] fight, then seeing him in a suit… I wrote down a name eight years ago from a British fashion magazine that was documenting the way designers borrow looks from soccer hooligans – they called it “violent gentlemen.” And that was the name, right away.”

Five years later and Parros has taken a well-earned retirement after years of punishment, and now works in the office of player safety for the NHL, keeping one eye on a game that gets bigger and faster each year, and one eye on a clothing company which, under the direction of Hammer and Talbert, has grown far beyond a few T-shirts sold off a tailgate.

But perhaps the biggest change over the last five years has been within the sport of hockey itself, specifically when it comes to the so-called enforcers – Parros’s role – and the place of fighting in the game. With the tragic, high-profile deaths of fighters like Wade Belak (suicide) and Derek Boogard (accidental overdose), the entire sport has been forced to ask questions of itself about what toughness in hockey really means.

But it takes a lot for a hundred-year-old sport to recalibrate, and it usually has more to do with winning games – and making money – than it does with concern for the welfare of a small subset of players. So while it’s nice to think hockey has moved away from the goon out of recognition of the damage that kind of career can have on the human brain, that’s not exactly what happened. Instead, coaches have realized that to win in this ever-quickening league your team needs to be able to skate and move the puck with speed, an approach long favored by the Detroit Red Wings under Scotty Bowman and Mike Babcock, a team perennially at the top of league standings, and at the bottom for number of fights. No longer can an NHL team send out one or two guys whose sole responsibility is to drop the gloves; teams need all four lines to be fast-skating and ready to play ten-minutes plus a game.

And though spontaneous fighting remains a part of the game, agreed-upon scraps between enforcers is now very rare, a change that has been swift and league-wide. Hammer is philosophical when asked about this evolution, and how it aligns with the ethos of a brand that celebrates the game’s tough guys and mythologizes the old school:

Hammer seems to appreciate that toughness in hockey goes far deeper than 500 pounds worth of goon going toe to toe.

“What better thing than to see a captain of a team – Jonathan Toews, for example – get mad enough to take things into his own hands.”

A lot of this loose philosophy around toughness and fighting can be summed up by something in hockey circles known as the Code – or rather it can’t be, because the Code has never been written down; as such, it can mean different things to different people in and around hockey. For Hammer, the Code is pretty simple:

“You know how when people talk about religion broadly and they say, ‘Every religion is trying to get you to the same place, with different paths…’ I feel like the Code is one of those things: it’s essentially the Golden Rule: don’t do anything to anyone you wouldn’t want done to you. And George was one of the biggest proponents of that idea. No matter how big the knock-out, George refused to celebrate a fight.” 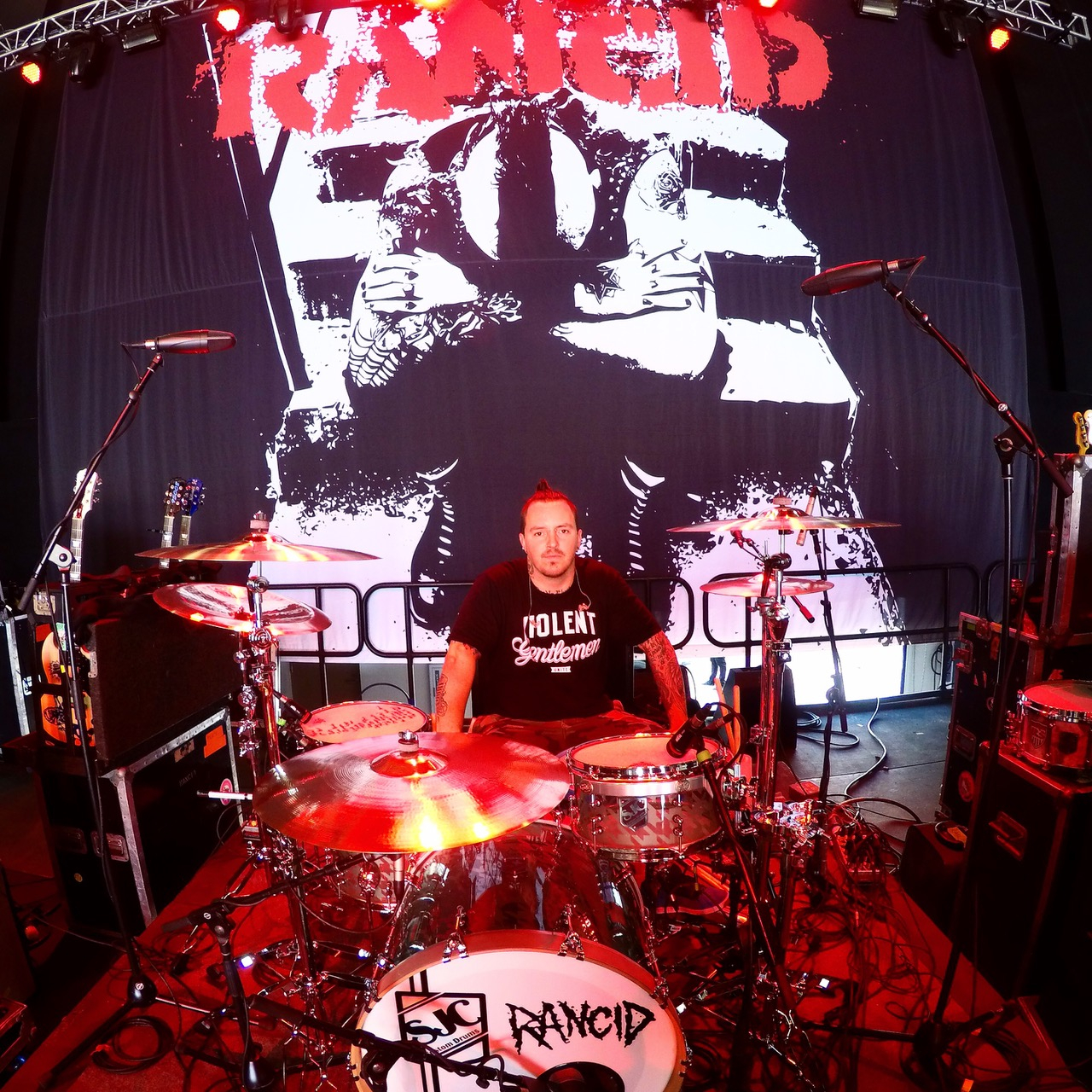 Between this no bullshit, don’t-be-a-dick attitude (the Code) and the black-and-white merch table feel of the gear, to the fonts and look of the shirts and hats, there’s something unmistakably DIY about VGHC, and Hammer quickly confirms that the design of VGHC is a direct homage to the various punk and hardcore scenes he and Talbert came up in (as far as “codes” go, the two remain resolutely straight edge, just like CM Punk, another fan of the brand). That influence can be seen in collaborations with punk and hardcore bands like Every Time I Die and Rancid.

“Rancid was a little bit of getting put together by friends in a ‘hey you guys are into the same stuff you should be buds’ type of way. Now we’re pretty close with Lars and Branden. We chat pretty often and have now released two collabs together. Lars is like the old school hockey fan and Branden is the young gun who’s new to hockey and loves playing and watching.”

Although some might view mixing sports and punk as sacrilege, Hammer (and it would seem the bands that he has worked with) sees it differently.

“We’ve always kind of thought that hockey was the one sport, for us at least, that you weren’t a ‘jock’ if you liked hockey. If you were into punk, you could still like hockey.”

And if you’re into hockey, you’re probably a bit of a violent gentleman.