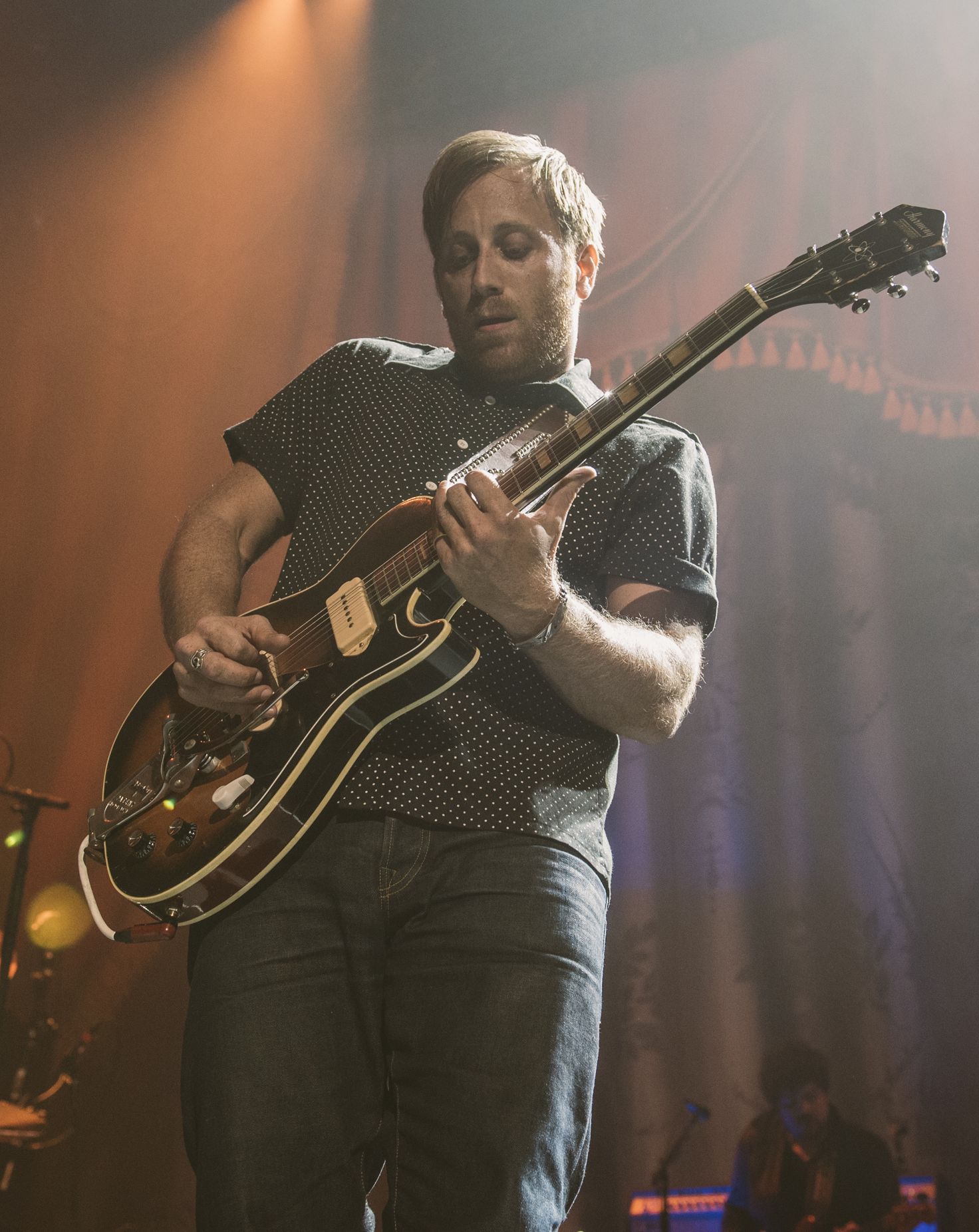 “I just finished up,” says Dan Auerbach, on the phone from California, where he’s playing his new solo album for Nonesuch Records. “I’m really excited about it.”

Auerbach’s solo project, called the Arcs, will first release two “boxing-related” songs: “Stay in My Corner” and “Tomato Can,” on a 7-inch vinyl at independent retailers on May 2nd, the day of the Floyd Mayweather/Manny Pacquiao fight in Vegas. “I can’t wait,” Auerbach tells Rolling Stone. Auerbach, a boxer himself who regularly spars in his garage and backstage before shows, has already set up an official site for the new project.

The singer – whose last solo album was 2009’s Keep it Hid – recorded the new album loosely in rehearsal studios and at a Brooklyn studio with friend Leon Michaels, who worked with Auerbach on his projects with Dr. John and Lana Del Rey. “It was cut really quick in a week and a half, two weeks of recording.” Auerbach says he recorded with “a whole bunch of different people – my favorites,” though he isn’t saying who just yet. The Black Keys frontman will release the album in late summer.

“I just wanted to do my thing and get extra weird,” he says of the album’s direction. “I wanted everything to flow [and] be cohesive. A lot of the songs bleed one into the other, a lot like the Grateful Dead – my favorite records that they did. So I’ve got a lot of connected songs. It’s basically everything I love about music all wrapped up into one record – that’s all!”

The singer-guitarist says this “extra-weird” vibe will apply to videos as well. “I’m just finishing up the artwork now, working on a cartoon video with this kid who lives in Bakersfield who’s never made a video before,” Auerbach says. “Kind of ridiculous. I’m just having fun [and] basically making music with no responsibility.”

Before the album is released, Auerbach will return to the road with the Black Keys, whose tour was sidetracked due to drummer Patrick Carney’s serious shoulder injury. “It’s going to be nice,” he says of the band’s return. “We needed that break so bad.”