Daily Fantasy's Day in Court: Everything You Need to Know - Rolling Stone
×
×

Daily fantasy sports gets its day in court next week – and it could mark the end of the billion-dollar industry as we know it.

At a hearing next Wednesday, New York Attorney General Eric Schneiderman will attempt to shut down sites like DraftKings, FanDuel and Yahoo’s daily fantasy app, arguing that the services they provide are no different from sports gambling. Site operators will attempt to prove daily fantasy is a game of skill, rather than a game of luck, and counter any notion that their product is a form of gambling. Both DraftKings and FanDuel have requested court orders to protect their business in New York state. Schneiderman has requested an injunction to prevent them from doing so. State Supreme Court Justice Manuel Mendez meets with both sides on November 25.

The Death of Daily Fantasy: Welcome to the Beginning of the End

With a growing stack of lawsuits piling up against DFS across the country, the new and disruptive industry is bracing for a gauntlet of decisions that will significantly impact business. At one end of the spectrum, some politicians are using sharp rhetoric that indicates they are focused on wiping the industry out, while others are speaking in more measured tones that hint daily fantasy may be in line for some regulation and oversight in different states. The New York case is the first major legal event that will play a big part in an unfolding chain reaction that will determine the future of the business. Here’s what you need to know:

The Claims
In court papers, Schneiderman laid the groundwork for his case. He drew a clear connection between daily fantasy and other types of gambling. “Here, chance plays just as much of a role (if not more) than it does in games like poker and blackjack,” he wrote. “A few good players in a poker tournament may rise to the top based on their skill; but the game is still gambling. So is DFS.”

Among Schneiderman’s other claims:

The Setting
While some states are more liberal when it comes to deciding what constitutes gambling, New York considers any game with even the slightest bit of chance to be subject to regulation, which makes this an uphill battle for daily fantasy sites. However, there are plans to introduce legislation in Albany that would help to establish daily fantasy as a game of skill and resolve some of the ambiguity surrounding the game.

But until a new law is passed, daily fantasy remains a tough sell in New York.

“The threshold for what constitutes an illegal lottery in New York is low,” says Daniel Wallach, a sports and gaming legal expert and a shareholder at Becker & Poliakoff in Ft. Lauderdale. “Even if skill is a significant part of the process, so long as chance could materially impact the outcome, you have an illegal lottery. This is not a state that requires a predominance of chance to trigger the illegal lottery law.” 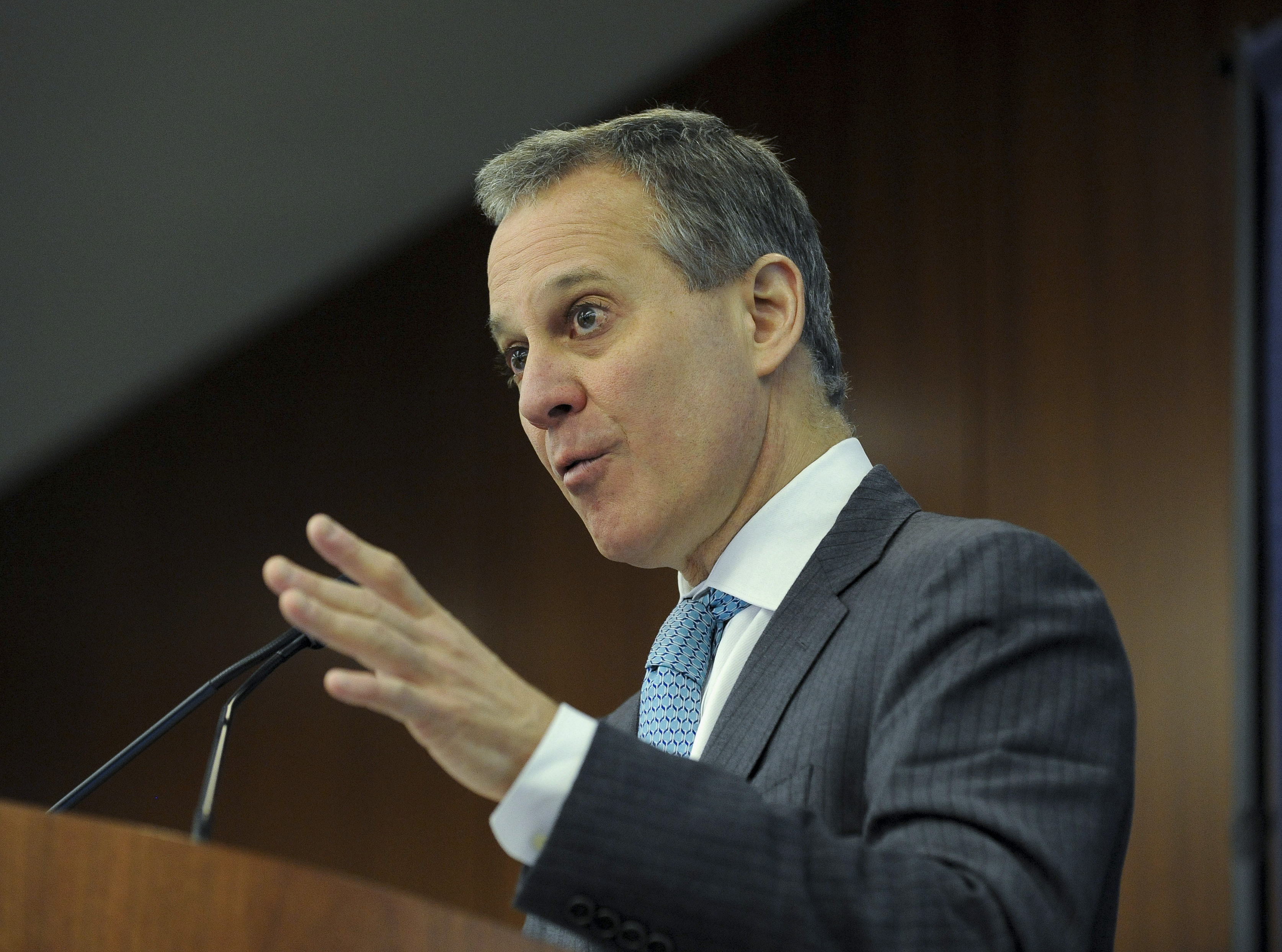 The Particulars
So, is daily fantasy a game of skill or luck? It depends on your perspective. You set a lineup, which may require some skill to pick the best players. But once the rosters lock and the games begin, their performance is left to chance.

“No one can dispute that chance does play some significant role in the outcome of the contest, because the DFS contestants select the lineups and once the game starts, it’s out of their hands,” Wallach says. “These are not moveable chess pieces that can be altered midstream or altered over the course of the games.”

However, Justin Fielkow, an attorney at the Franklin Law Group in Illinois – which represents fantasy sports organizations – says DFS games are “significantly skill-based.”

“It’s not luck that determines them,” he says. “If I brought my six-year-old sister in to play against me, guess who’s winning 99 times out of 100? Yes, there are some chance factors – weather, injuries, in-game suspensions – but generally speaking, you can consider a lot of different factors. But just because something is hard, doesn’t mean that it’s lucky if you’re successful.”

Daily fantasy’s lawyers will argue the most successful fantasy players boil down several factors, including game history, quality of opponents and tendencies, to arrive at a safe prediction – “the best decision possible,” Grove says – of how players will logically perform.

Schneiderman will also say daily fantasy isn’t fair and most players lose money, while a very small percentage of players will most of the prizes. While the fairness of the game contributes nothing to the legality of the game, daily fantasy’s lawyers will likely use Schneiderman’s claims to back up their own case.

“It reinforces the fact that these are skill-based games,” Fielkow says. “How else do you explain [why] such a small percentage is having success relative to the population, other than that one percent is putting in the time, effort and energy to come out with the best outcome? What percentage of tennis players are winning the majority of tournaments? There’s three people and there’s millions of tennis players out there. I don’t think anyone would say tennis isn’t a skill game.”

The Stakes
The decision in New York will help to establish a legal precedent for future lawsuits. The decision could also trigger more serious federal investigations that could lead to the shutdown of the industry.

“The prospect of federal criminal charges is a game-changer, because the feds have the ability to shut you down and seize your assets,” Wallach says. “While the talk now is about how the industry should be regulated, this is going to quickly turn to a fight for its survival. If the New York attorney general’s opinion is sustained by a court, it will ultimately be headed to the federal criminal arena and in that arena, the odds are heavily stacked in favor of the government.”

The Fallout
The attack seems squarely on daily fantasy for now. In an email to members this week, Paul Charchian, the president of the Fantasy Sports Trade Association, said the AG’s focus is only daily fantasy operators and investigators haven’t considered season-long contests. Also, the AG’s office is undecided on what to do about New York residents who are currently midseason.

The Final Decision
Combined with the state’s tough gambling laws and the impossibility of not classifying daily fantasy sports as a game of chance, the industry may be on the verge of significant contraction.

“I think that FanDuel and DraftKings will ultimately have to exit New York,” says Chris Grove, the editor of LegalSportsReport.com. “Other states will follow New York’s lead to varying degrees. On a parallel track, I think we’ll see many states move aggressively to regulate this activity in order to protect it from that kind of legal upheaval.”