There was a time in America where an arena hosting a sporting event needed only two songs to rile the crowd up into an fist-pumping frenzy of support for the home team. One of these was Queen’s “We Will Rock You”; the other, Gary Glitter’s “Rock and Roll Part 2.” Both emerged from the 1970s glam-rock scene into a very different milieu: the world of cross-checks, slam dunks and blitzes. Each song reduced what we might think of today as a rock anthem to its most basic components, and threw in plenty of opportunities for crowds tens of thousands strong to sing along.

It isn’t for nothing that the trailer for the 1995 Jean-Claude Van Damme vehicle Sudden Death (basically Die Hard at the Stanley Cup Finals) prominently features Glitter’s song – a kind of sonic shorthand for the high-stakes sporting event that provided the backdrop for the film. Perhaps the apex of this cultural moment came when the 2001 film A Knight’s Tale transposed “We Will Rock You” to a very different athletic context: jousting in medieval times. (Not the restaurant Medieval Times; actual medieval times. It was weird.) But neither song is anywhere near as widespread today as they once were. In the case of Glitter’s song, that may be – as Simon Reynolds suggests in Shock and Awe, his recent book on glam rock–due to his multiple convictions of sexual abuse in recent years. In their absence, a host of alternatives have arisen, including some of the most unlikely jock jams imaginable. Fans of the Chicago Blackhawks shout along to “Chelsea Dagger” by The Fratellis whenever the team scores a goal, the Anaheim Ducks have some mix of Pennywise’s “Bro Hymn” and the Misfits when they tack one on the board, and somewhere along the line the guitar solo from “Seven Nation Army” by the White Stripes became one of the biggest sports chants all across the world.

Plenty has been written about the fraught relationship between punk and sports. That hasn’t stopped certain punk songs – or certain punk figures – from contributing to the world of sports anthems, sometimes by choice and sometimes not. Frequently, this involves teams tapping into local heroes for their playlists. As far back as 2001, Fugazi’s “Waiting Room” could be heard over the speakers at football games in Washington. Some stadium DJs have opted for deeper cuts: earlier this fall, the song “Cannibal,” by the Seattle post-punk band Dude York, was audible at CenturyLink Field before a Seattle Sounders game. In 1998, the Misfits recorded the song “I Wanna Be a NY Ranger,” and – this is probably not a surprise – the music of the Dropkick Murphys has shown up at many Boston sporting events. The band are vocal sports fans; in a video from earlier this year, they make a direct connection between the Bruins’ no-frills playing style on the ice and their own approach to punk rock, and also have the honor of having recored the official anthem of the Red Sox.

And then there’s the case of Harley Flanagan. In certain circles, he’s iconic for the time he spent as the bassist in the legendary New York hardcore band the Cro-Mags, whose Age of Quarrel is considered to be one of the genre’s best albums. As it turns out, he, too, has a foot in the world of sports anthems. In an interview promoting his recent memoir Hard-Core: Life of My Own, Flanagan was asked if he was working on any new musical projects. His answer was not what one would necessarily expect from a veteran of the punk scene: he mentioned that he was working on music to be played at New York Rangers, Knicks and Giants games. “They’re looking for like a New York anthem,” he told the interviewer. The story as it turns out, goes deeper than that. The project to which Flanagan was talking about, a song called “Let’s Go,” has its roots in another unlikely sporting anthem. 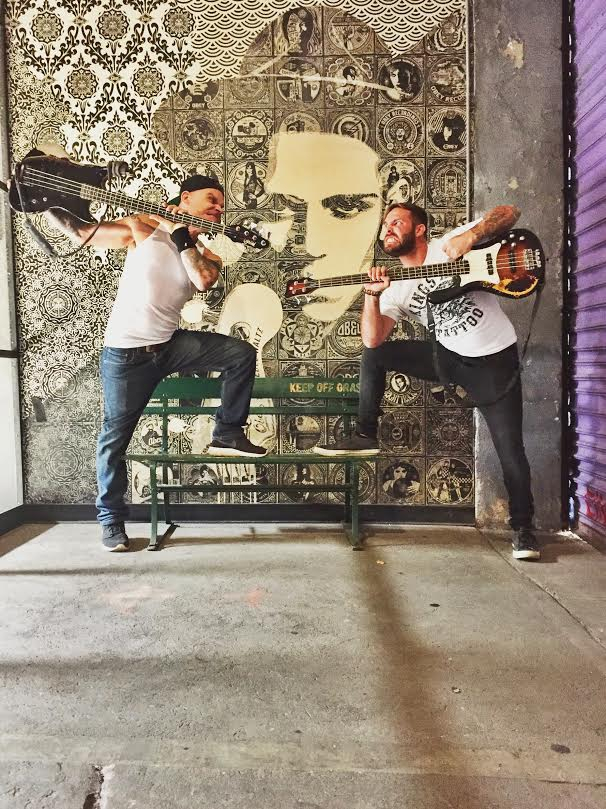 “I grew up listening to that kind of stuff, and I’ve always loved it,” says musician Chris Clemence when asked about New York hardcore. “But it’s not necessarily what I play.” Clemence makes music as a solo artist, as well as a member of the bands Screaming at Demons and RapScallions. A song by the latter group, “Can You Feel It,” has taken root as a favorite at many a sporting event–and its path getting there involved a the influence of a video game console. “I was listening to the final mix of it while I was playing an NHL video game,” Clemence recalls. “I got the idea [there]; I was thinking, ‘This song would work really well in sporting arenas.'”

He reached out to DJs working for a host of teams, and found a welcome response. Listening to the song, it isn’t hard to see (or hear) why: the chorus has the kind of large-scale mass vocal that lends itself well to being sung along to by thousands of fans. And the title phrase can easily be applied to any number of situations in a number of sports: a team rallying from a deficit, a player on a hot streak, a lone figure speeding down the ice, eyes trained on the opposing team’s goal.

Enter Ray Castoldi, Madison Square Garden’s longtime music director and a DJ for multiple teams in the New York City area. He approached Clemence with the idea of working together on a more New York-themed song that could be played at home games for an assortment of New York teams. It was at that point that Clemence thought of Flanagan. “I thought, if we’re going to do this for New York, I’ve got to bring on someone who is the spirit of New York,” he says. “I was thinking, Harley Flanagan from the Cro-Mags is that guy.”

Clemence described the sound of the song as channeling some familiar anthemic elements, with Flanagan’s voice taking it into new territory. “It has that ‘Rock and Roll’ beat, but with Harley’s voice, it takes it to that next gritty level,” he says. “The track without him on it sounds more clean, commercial, big stadium rock. You throw him on it and it has that toughness and that meanness to it, which is what I was really going for.”

Clemence, Castoldi and Flanagan wrote the song “Let’s Go” quickly, and they recorded the bulk of it at Brooklyn’s Converse Rubber Tracks studio. As of this writing, a few pieces remained unrecorded: notably, the organ at Madison Square Garden. After that, Clemence says, “You’ll be hearing it at Madison Square Garden and Giants Stadium by the middle of November.”

Given the long-running and archetypal “punks versus jocks” dynamic, a veteran of the city’s hardcore scene might not be the first name to come to mind when assembling a song to be played at a storied arena, But Clemence argued for a common ground between the two. “Punk and sports, there’s always been that ‘fight back!’ kind of element,” he says.”[Flanagan] just has that in his voice, so that’s why I wanted to bring him on.”

And perhaps that’s the other appeal of punk songs in a sports setting: the sense of unpredictability that comes wrapped up in the style. Some of the most memorable games are those that feature things you never you’d see: an impossible shot on goal that hits the net, a last-minute comeback, or an unorthodox formation that works brilliantly. Is the distinctive roar of a local music icon an auditory equivalent to any of these? It just might be. If nothing else, the same sound that can inspire controlled chaos in a club might just do the same thing in the stands of your local arena.