I’m proud to be an American. At least I used to be. It’s hard to find any sort of pride lately, considering what my country – “the land of the free and the home of the brave” – now stands for.

Earlier this week, I learned that my country not only tortured captives over the span of multiple years with techniques used by Nazi intelligence officials; not only denied those captives their rights to fair trials and their protections under the Geneva Conventions, but that my country also has no interest in prosecuting those responsible for these heinous acts.

My country wants me to look forward and forget the past, because my country is led by cowardly buffoons more concerned with acquiring power than using it responsibly.

But rather than looking forward, how about we look inside? How about we engage in some introspective thinking as a society, and ask ourselves how we got to this point, where our government refuses to prosecute high-ranking officials for clear war crimes because they’re worried it might set a precedent of responsibility? How about we examine our culture of 24-hour fear, driven by corporate media ratings and elected officials who only care about the now? How about we question why our police now look more like our military, only with much less accountability, and why our military members are left to rot after they serve? How about we recognize the fact that “the land of the free” has the highest incarceration in the world, and all for what?

10 Truly Terrible Things the CIA Did In Our Names, Because Freedom

Fear. A long simmering, national fear that began with the Revolutionary War, a fear intertwined with slavery and the Civil War, a fear enhanced with World War I and II, a fear honed to a razor’s edge during the ’80s and ’90s in the War on Drugs and Reaganomics (a.k.a. the War on the Middle Class), and brought into plain sight on September 11, 2001.

The fear that would trade freedom for security.

After this horrific act, instead of rising in defiance, instead of saying “We have suffered a tragedy but we will not let this change us as a nation,” we cowered in terror, brought low by our fear. A fear so crippling that we gave away right after right, all in the name of “security,” in a world that can never be totally secure. A fear that saw us exchange liberty for the Patriot Act. A fear that sees us killing innocent men and women for simply being a target in a drone’s camera. A fear that plays itself out both at home and abroad – our fear of holding law enforcement responsible for killing unarmed citizens, our fear of acknowledging systemic racism and misogyny, our fear that to admit guilt is somehow to lessen ourselves, and that to accept the risks of freedom is an unacceptable price. 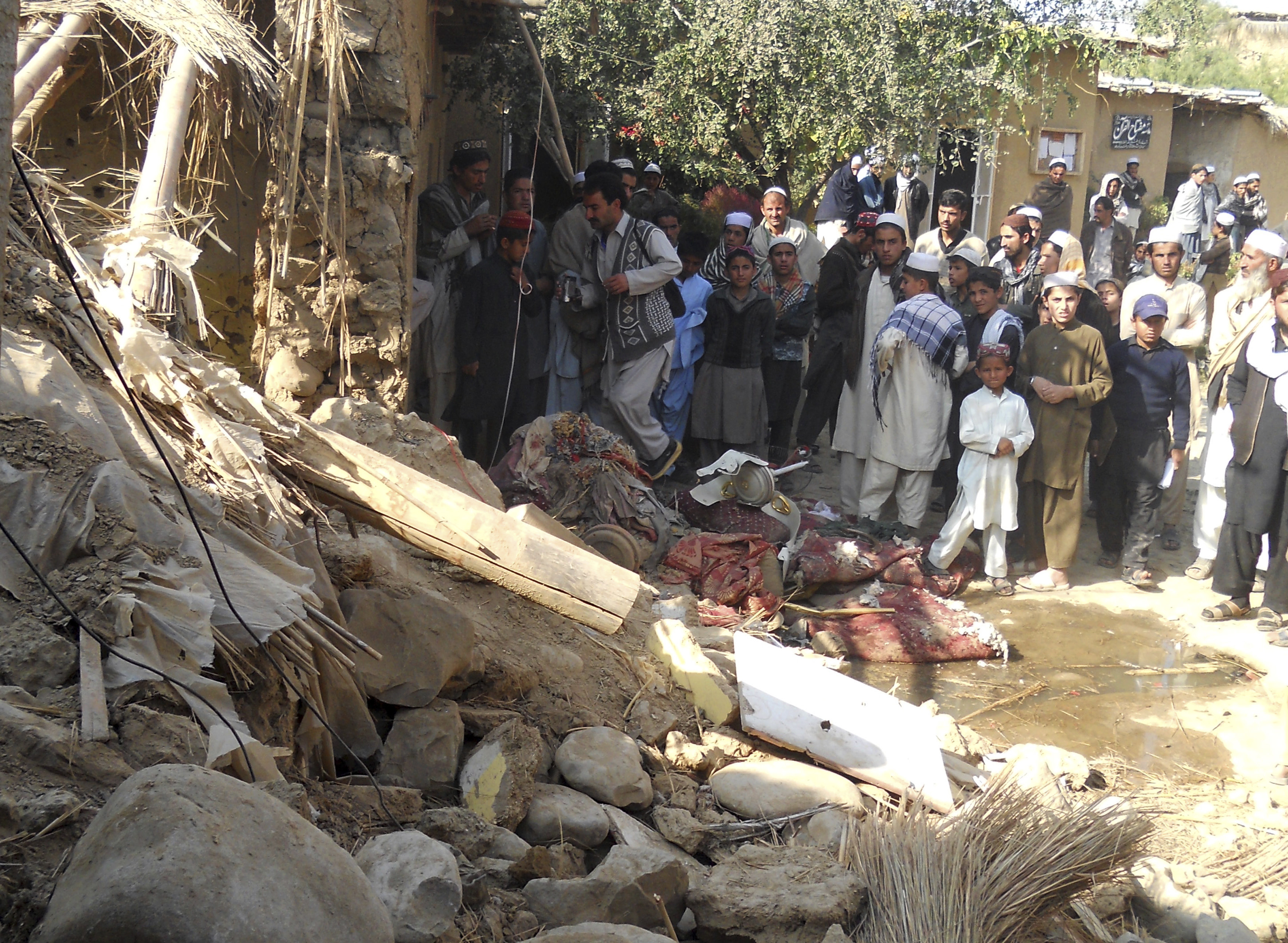 In 2009, Barack Obama expressed a desire to “look forward as opposed to looking backwards.” How dare a sitting United States president have the gall to suggest we should to forget the past? History is the only teacher we have, something the greatest leaders in the world have always understood.

We should forget what happened because it’s politically inconvenient? We should refuse to acknowledge a sordid chapter of our national conscience because a previous president and vice president were involved? We should ignore accountability, responsibility and the basic tenets of morality because we’re afraid?

This is not the America I was brought up to believe in. This is not the America that would be a world leader, a shining beacon for the desperate poor and huddled masses. This is an abomination, a rotten husk of an empire surrounded by xenophobic walls of cowardice and self-absorbed hate; hate of the “other,” foreign or domestic; hate of extending a hand to those in need; hate of anything challenging preconceived notions that our world is already perfect, and so nothing needs to change.

My country is a land of mewling curs, willing to put up with any atrocity so long as they keep getting scraps from those who would keep them “safe.”

Why am I able to make such a sweeping statement so confidently?

Because my country’s actions permit no other conclusion. My country’s political system is irrevocably broken, victim to corporate greed and the lust for power. “Unlimited political contributions?” A fancy way to say bribery. “Convoluted tax code?” A means to ensure those with power keep it, and those without never get it. “District rezoning?” Gerrymandering political districts, to keep an abusive system functioning exactly as intended. How can our leaders be held accountable for torture when the very system by which they operate was tarnished and corrupted decades ago? Lies upon lies upon lies.

My country wants me to believe that it is a beacon for human rights, while it guns down unarmed citizens in the street because their skin is the wrong color. My country wants me to believe that conspicuous consumerism is more important than the planet on which we all live. My country is filled with gutless poltroons who quiver in abject, bowel-loosening terror at the idea a tiny country half-a-globe away might kill some American citizens, when we ourselves kill ten times that amount each year with car accidents, obesity and prescription drug overdoses.

My country is broken, and it needs citizens to demand it be fixed. We need citizens willing to write a letter, or call a representative, or march in the streets to protest what is by now a daily litany of injustices, all perpetrated in the name of “America.”

We need American citizens to once again decide if they believe in the hard march toward freedom, knowing the potential costs. That sometimes bad things do happen, but the price to prevent them is not worth our souls. We need American citizens to decide if the ideals of their country are worth fighting for – whether “freedom for all” is merely a bumper sticker, or an actual ideal.

We need American citizens to remind the American government that it serves at our pleasure, not theirs. That the phrase “public servant” exists for a reason.

Because if we do not hold our leaders accountable for their crimes, if we do not hold ourselves accountable and change what brought us to this point, if we dismiss these atrocities as “politics as usual,” then the dream of America is dead. Our corpse will totter along for another century or two, but everything that made this a nation worth defending will no longer exist. We will splinter and fade just like every other society in history, following our “leaders” into the ash heap of obscurity.

I want to be proud to be an American once more. I’m asking you to help. Demand accountability.

Chris Kluwe is a former NFL punter, writer, one-time violin prodigy, rights advocate and obsessive gamer. Kluwe graduated from UCLA with a double major in history and political science and played for the Minnesota Vikings for eight years.  He is the author of the essay collection Beautifully Unique Sparkleponies: On Myths, Morons, Free Speech, Football and Assorted Absurdities and has presented at the TED Conference on the future of virtual reality technology and its connection to building a more empathetic society.